As we are in the Year of the Monkey with the Little Company with an all new, original production! Hanuman – The Superhero Monkey is one for the kids, but even […]

The Singapore Repertory has two new shows lined up for the 2016 season! Here’s a quick preview of each. For their 9th edition of Shakespeare in the Park, SRT will […]

“Medicine is the new placebo, because none of it works anyway,” Adrian Pang quips in Pangdemonium’s latest production. And it’s none too timely either. The Effect is a perfect play […] 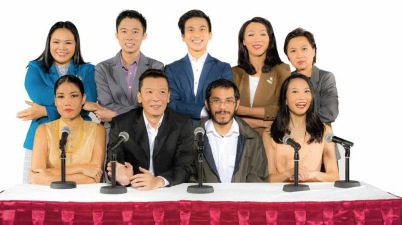 The Necessary Stage is no stranger to controversy, with its creative team detained by the government in 1987, as allegedly being part of a Marxist conspiracy. This is just […]

(Preview) The Effect by Pangdemonium Theatre

The Effect Pangdemonium is back to kick off their 2016 season with Lucy Prebble’s The Effect. This year, they’re finally doing a theme, and it’s *horrors of horror*: ‘love’. But […]