Finding new ways to connect despite being physically apart.

The COVID-19 pandemic has brought a slew of restrictions to the arts community, the most prevalent of which is being unable to rehearse or perform within the same physical space. For T.H.E Dance Company, rather than choosing to be daunted by the predicament, they’ve instead managed to find relevance in a work from their past, and reimagined it for digital presentation to face the ‘new normal’ head on.

Originally presented as part of a triple bill during the M1 CONTACT Contemporary Dance Festival 2016, Pure now receives new life in the 2020 ‘rewired’ edition of the festival, and has been re-christened as Purⓔ《纯ⓔ》– An Experimental Virtual Performance. Choreographed by T.H.E artistic director Kuik Swee Boon, Purⓔ  is a work that originally explored the relevance of the self amidst society, but in its new form, zooms in on the means we use to communicate in the age of the coronavirus.

Presented through Zoom, Purⓔ opens by introducing us to the two separate spaces where the dance will be performed – dancers Anthea Seah and Brandon Khoo’s respective home living rooms. As the performance begins, there is a distinct feeling of joy watching the two wave to each other, smiling as they move to the beat of Jing Ng’s drum-heavy backing track. There is an innocent sense of wonder and discovery as they mimic each other’s moves, with smooth, water-like actions as their bodies flow. At times, they reach out to ‘touch’ each other, using camera angles to create the illusion that they are physically connecting. As the drumbeats in the background become louder and faster, we feel as if it heralds and welcomes this new age where the digital is now king.

Midway through the performance however, both living rooms fade to a grey, seemingly to suggest that things aren’t as rosy as they initially seemed, and both Anthea and Brandon have been thrust into a crisis they weren’t expecting. No longer are they smiling, but showcasing more exhaustion and fear in this new unfamiliar world, continuing to reach out to each other to attempt to navigate the new world together, in spite of the challenges ahead. Always, it is impressive how Anthea and Brandon are able to sync themselves to the music and to each other, thanks to weeks of rehearsals together. Throughout the performance, we hear their breaths and gasps for air, the sweat from their effort evident on their grey slacks and tops.

Eventually, both rooms emerge from the monochrome filter to be filled with colour once again, as if we’ve reached the eye of the storm, and as if the dancers have found time and space to consider their next move. At this point, Brandon’s screen fades from view, and we watch Anthea perform a ‘solo’, seemingly lost as she finds herself alone. Every action performed feels deliberate, and even the furniture in the living room is used as part of the performance. At one point, Anthea leaps onto a couch and raises the cushions above her head, before a beautiful scene where she slowly sinks into a space behind it, disappearing completely from view, as if being consumed by the heavy environment itself. We fear for her, wondering if she will emerge from this ordeal unscathed, before Brandon returns, and we know that the two will find each other again and work their way through this together. 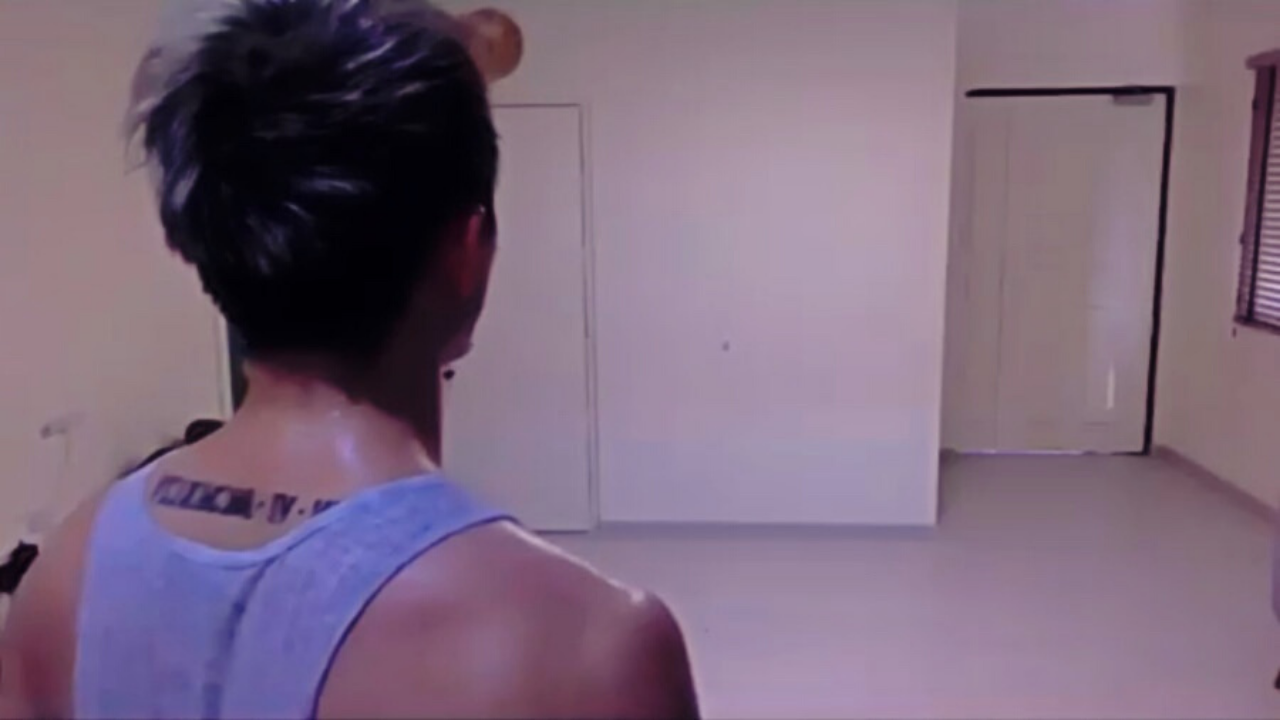 Towards the end of the performance, the two living rooms are overlaid in each screen, to the point where we can no longer tell which is which. The dancers continue to dance in these bizarre, fused spaces, and it feels as if we are witnessing the collision between the digital realm and reality, representing our reliance on the digital to bridge us in real life. Eventually, they seem to reach a conclusion to their dance, as they take a breather and look directly into the camera, at us. It feels as if both Anthea and Brandon are addressing the audience with this move, looking at us to attempt to forge a new connection, while the screens slowly fade into ‘pure’ white, inviting us to join them on their journey of exploration in their digital world.

Purⓔ《纯ⓔ》is proof that when properly conceptualised, going digital does have the potential to shed new light on old works, expanding on their meaning by adapting them specifically for the online medium By utilising the virtual space, Purⓔ《纯ⓔ》 is no longer simply a work about an individual finding his or her place in society, but how we can make continue staying connected to society and making meaning together in these uncertain times. Through the work, we watch as Anthea and Brandon encapsulate the barrage of emotions felt during the circuit breaker period, and we are left with the message that now, more than ever before, the human connection is what will save us from ourselves, and get us through this crisis into the future.