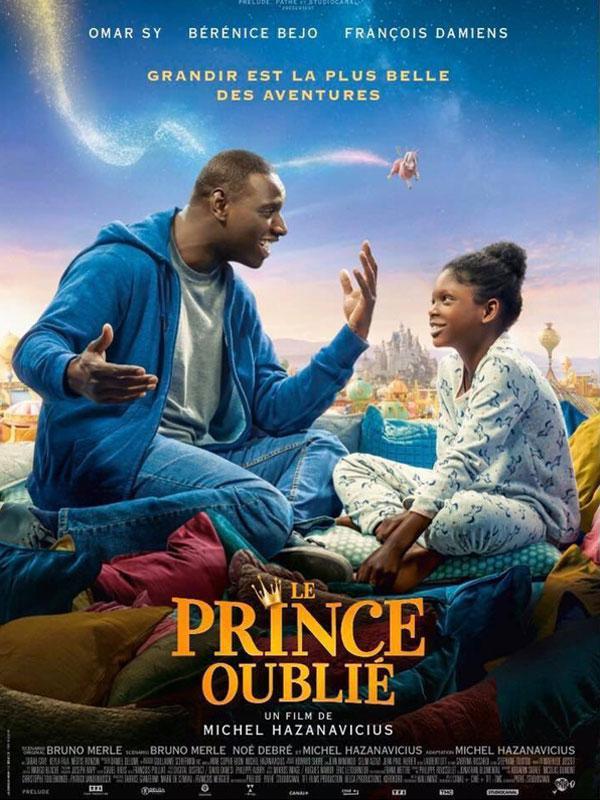 Growing up is a pain, not just for an adolescent child, but for her parents as well. That’s something single father Djibi (Omar Sy, of The Intouchables fame) discovers for himself when his precious daughter Sofia (Keyla Fala, age 8, and Sarah Gaye, age 11) gets ready to enter junior high in The Lost Prince. No longer as enamoured with his bedtime stories as she used to be, Djibi quickly discovers that he needs to change up his parenting ways, or risk losing Sofia forever.

The eternal conflict between parent and adolescent child has been covered across film and literature since the very beginning of time, but under Michel Hazanavicius’s directorial eye and Bruno Merle’s script, The Lost Prince gives this familiar tale a whimsical spin. Best known for his work on the Academy Award-winning The Artist, Hazanavicus once again pays tribute to film culture, with the realism of the actual drama in real life juxtaposed against the fantasy world of Djibi’s stories. 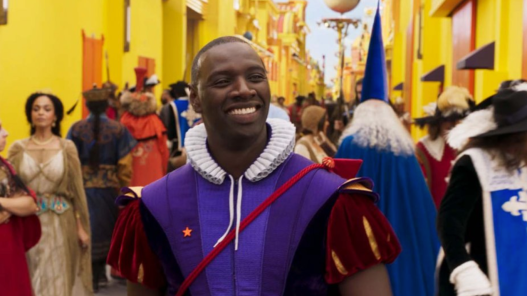 In Djibi’s stories, he becomes the titular ‘lost prince’, a beloved actor on a technicolour film set (glorious and eye-popping, as designed by Laurent Ott) who’s always received star billing in every ‘film’ he’s been in. Bright set pieces give way to reveal backrooms and crew working behind the scenes, and these multiple layers of reality are fun to watch, even as the lines of fantasy logic become blurred in the latter part of the film. 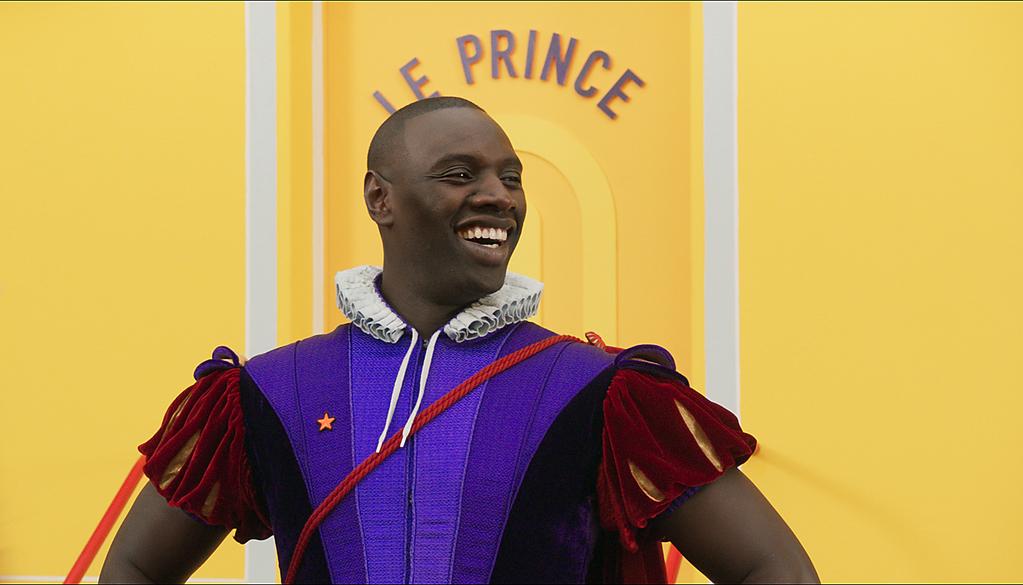 Djibi’s position however, is upset when a new, younger actor comes to vie for his spot, paralleled with Sofia’s sudden interest in a boy in her class (Néotis Ronzon). Relegated to second best, Djibi is forced to moved out of his trailer, and even joins forces with arch-nemesis Pritprout (François Damiens) as they plan how best to win back his daughter’s heart. 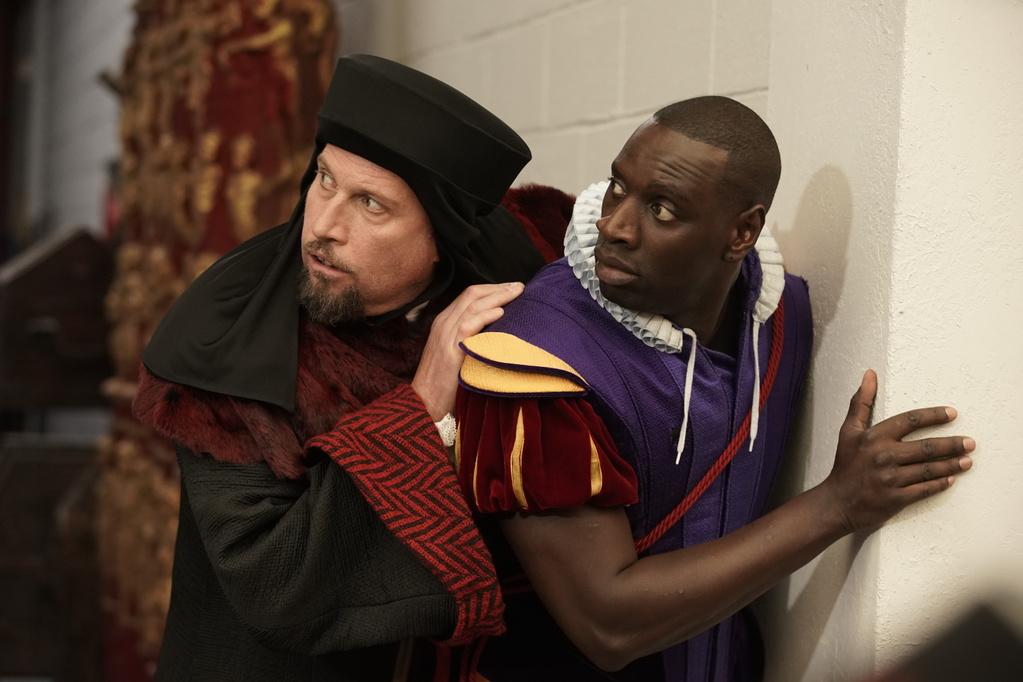 The adventure it takes them on is fun enough, if a little predictable, as they travel to the land of Oblivion where forgotten characters go, and with a few choice lines and help from others (including a romantic subplot involving their Djibi’s neighbour played by Bérénice Bejo), the lost prince is found again, and makes his way back into his daughter’s life. It’s a clear allegory for a father feeling lost and irrelevant as his child learns to be independent, and sends a strong message of the importance of letting go, and the harm of being a helicopter parent.

There are times the shift between fantasy and reality does get a little jarring, especially later on in the film where the allegory feels especially heavy-handed. One would personally have preferred the film to make a conscious choice to either lean more heavily towards the fantasy story, or the one taking place in reality, each one strong in their own right.

But for the most part, The Lost Prince is anchored by a charming performance from Omar Sy. As hapless a father as Djibi is, Sy manages to win his way into our hearts with his earnestness, his love for his daughter, and his can-do spirit even in the face of a personal disaster. As Sofia, Sarah Gaye may be young, but turns in a moving performance that will almost certainly tug at your heartstrings and she navigates the tumultuous world of teenagehood, while the scenery and special effects in Djibi’s story world will leave you curious to explore the rest of this fantasy land.

As the opening film for the first ever digital Singapore French Summer Festival, The Lost Prince is a good symbol of France’s cinephile culture, featuring not just one of its most renowned stars and directors, but also its keen eye for good stories, diversity, and above all, the importance of family and togetherness to get us through even the toughest times. Stream The Lost Prince this July, and take the opportunity to bond with your kids or parents over this colourful, family-friendly film for all.

The Lost Prince is available for rent during the Singapore French Summer Festival, which runs from 14th to 31st July 2020 online at KinoLounge. For more information, visit their website here