Written and illustrated by Malaysian artist Arif Rafhan, Reality Bitchslap is a graphic memoir that encapsulates the quintessential bro road trip, as Arif and his best mates set off on a journey around Southeast Asia to celebrate their last days of bachelorhood. 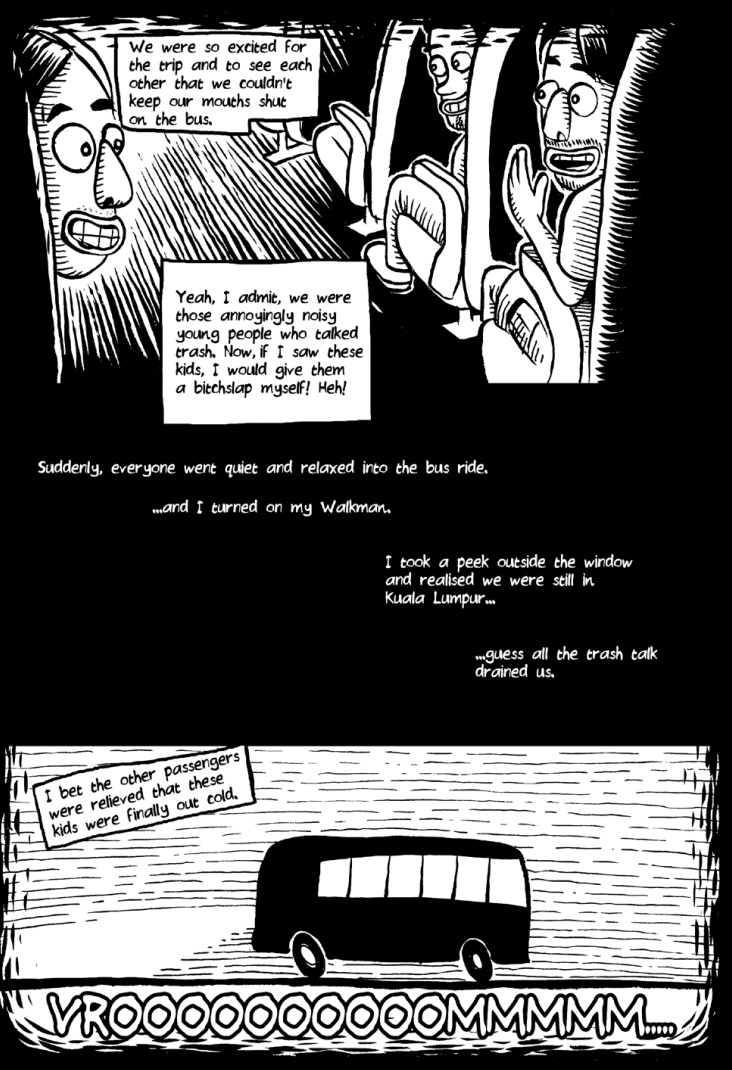 Taking readers from Hat Yai to Phnom Penh, ‘beautiful’ Ho Chi Minh City to ‘fascinating’ Jogja, it’s little wonder what a bunch of young men get up to when exploring each of these cities. There’s a charming naiveté to this coming-of-age tale as the boys bumble around and find themselves in various scrapes, from a ‘Happy Pizza’ that’s less than happy, to a terrible attempt to getting the local rate to a tourist attraction by passing off as native Indonesians. The sex trade too features prominently, and becomes a source of mystery and embarrassing encounters, each one frankly and straightforwardly recounted by Arif. Needless to say, plenty of these result in hilarious mishaps, thanks to a healthy dose of culture shock and awkward situations. 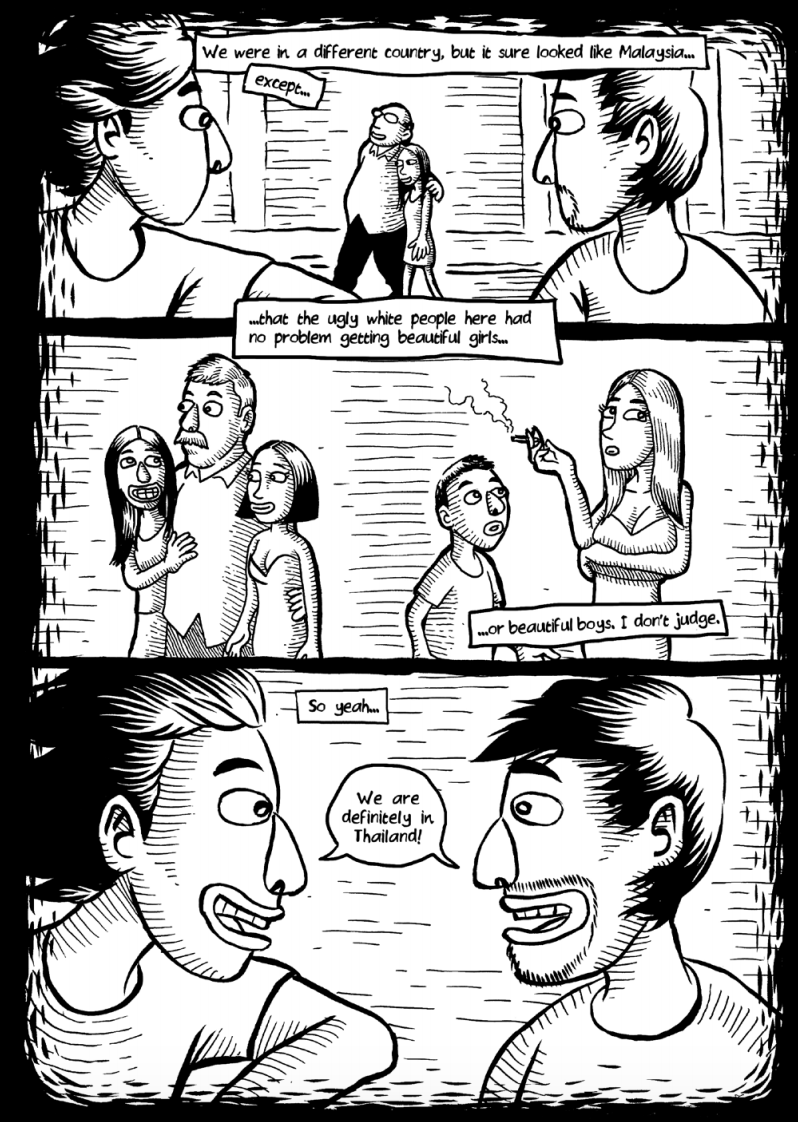 But what elevates Reality Bitchslap beyond mere travelogue is the art that Arif employs. Reminiscent of classic woodcuts, there’s a dynamism to each image created from the contrast in black and white, his depictions of facial features comically exaggerated and practically animated with his line work. Most powerful of all is when Arif rewards readers with full page spreads depicting the streets and landscapes of each city, still in his signature style, yet intricately detailed, lending a sense of realism and strange familiarity to each one, so much that you feel you could reach out and touch the scenes. From time to time, you’ll find yourself pausing on a page just to admire the work that goes into these scenes, filled with nostalgia and emotion. 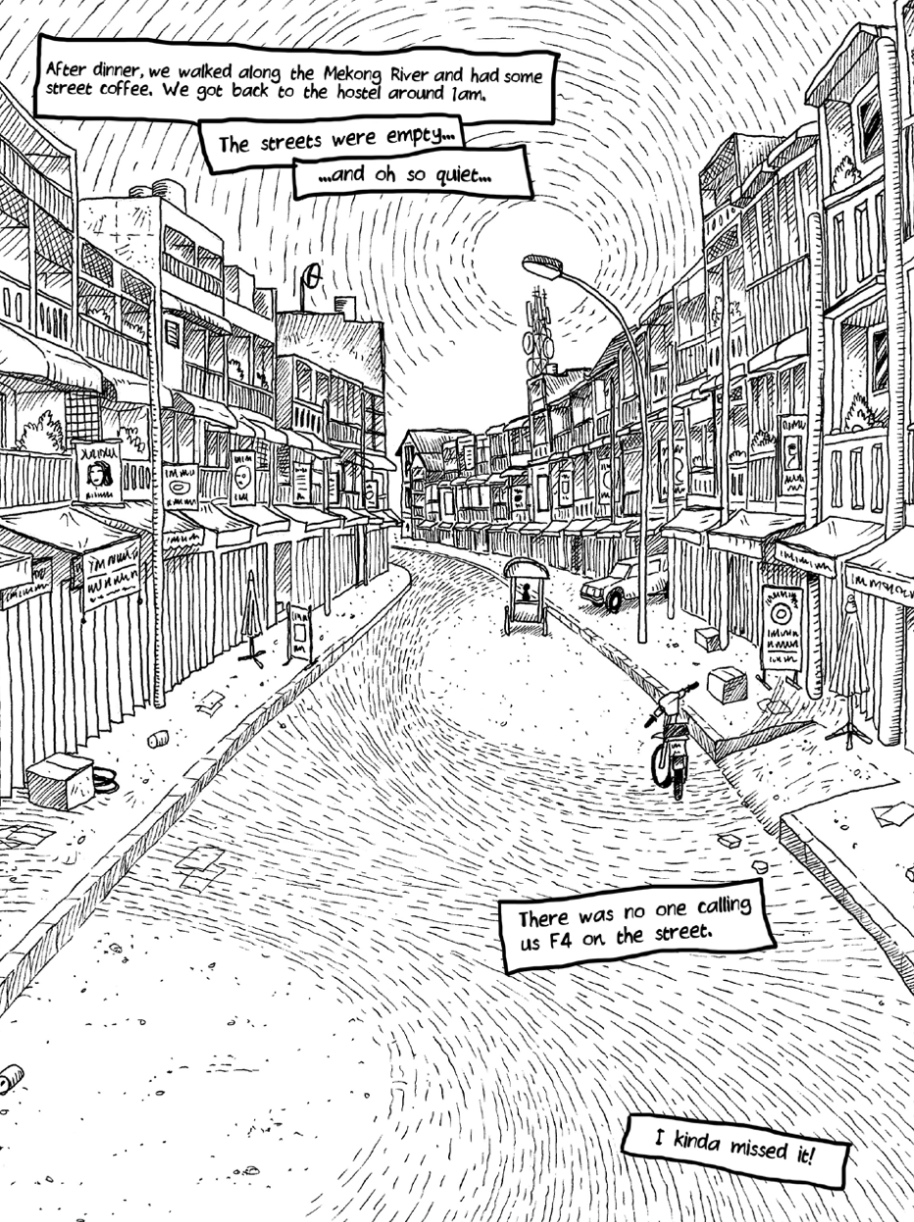 Less a bitchslap than a bros’ trip, Reality Bitchslap is a simple yet familiar story to anyone who’s ever gone on a trip to any of these Southeast Asian cities, particularly with close friends as company. Brimming with innocence, tomfoolery and above all, the bonds of friendship, Reality Bitchslap is a timely reminder that while the places you go may matter to an extent, it’s really the company you have that makes these memories worth keeping. 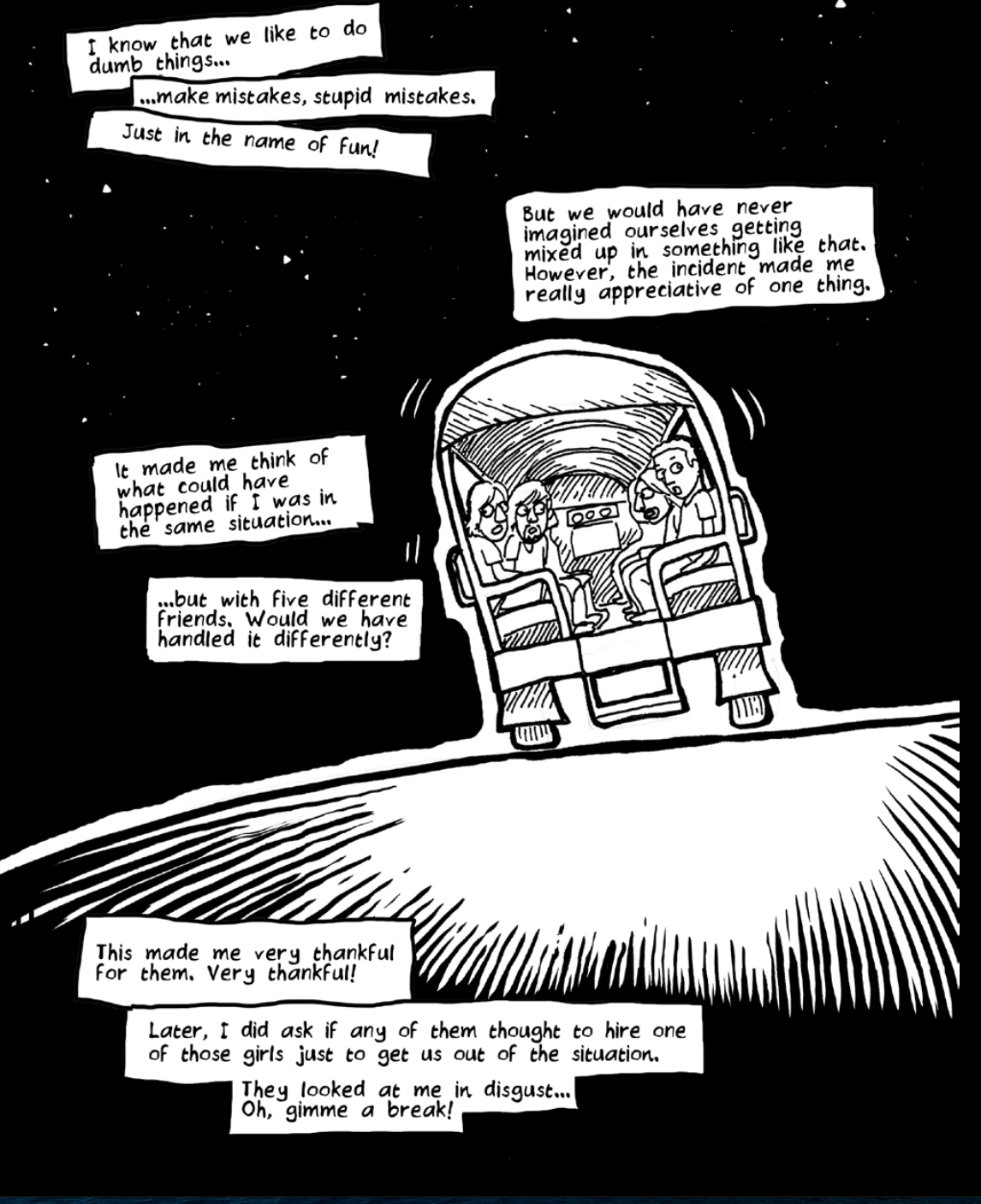 Recommended for: Readers planning on, or have fond memories of road trips with their friends, or love seeing a little comedy in addition to the unique cultures and landscapes of Southeast Asia.

Reality Bitchslap is published by Epigram and available here