While there is little doubt that the social status of women has improved, albeit gradually, many still face emotional and social barriers, such as the impact of being single parents, the situations facing older single women, and the dilemmas facing matriarchs of traditional families. Many women also experience appearance anxiety, midlife crises and lack of self-worth. This series raises awareness of issues women face across all of society, to help support all women.

Hear Her received critical acclaim and extensive social media discussion when it broadcast in mainland China last November. Available for the first time on BBC First (StarHub channel 502) and BBC Player, the series will broadcast over four weeks from 8th March and is also available with English subtitles, plus subtitles on BBC Player. 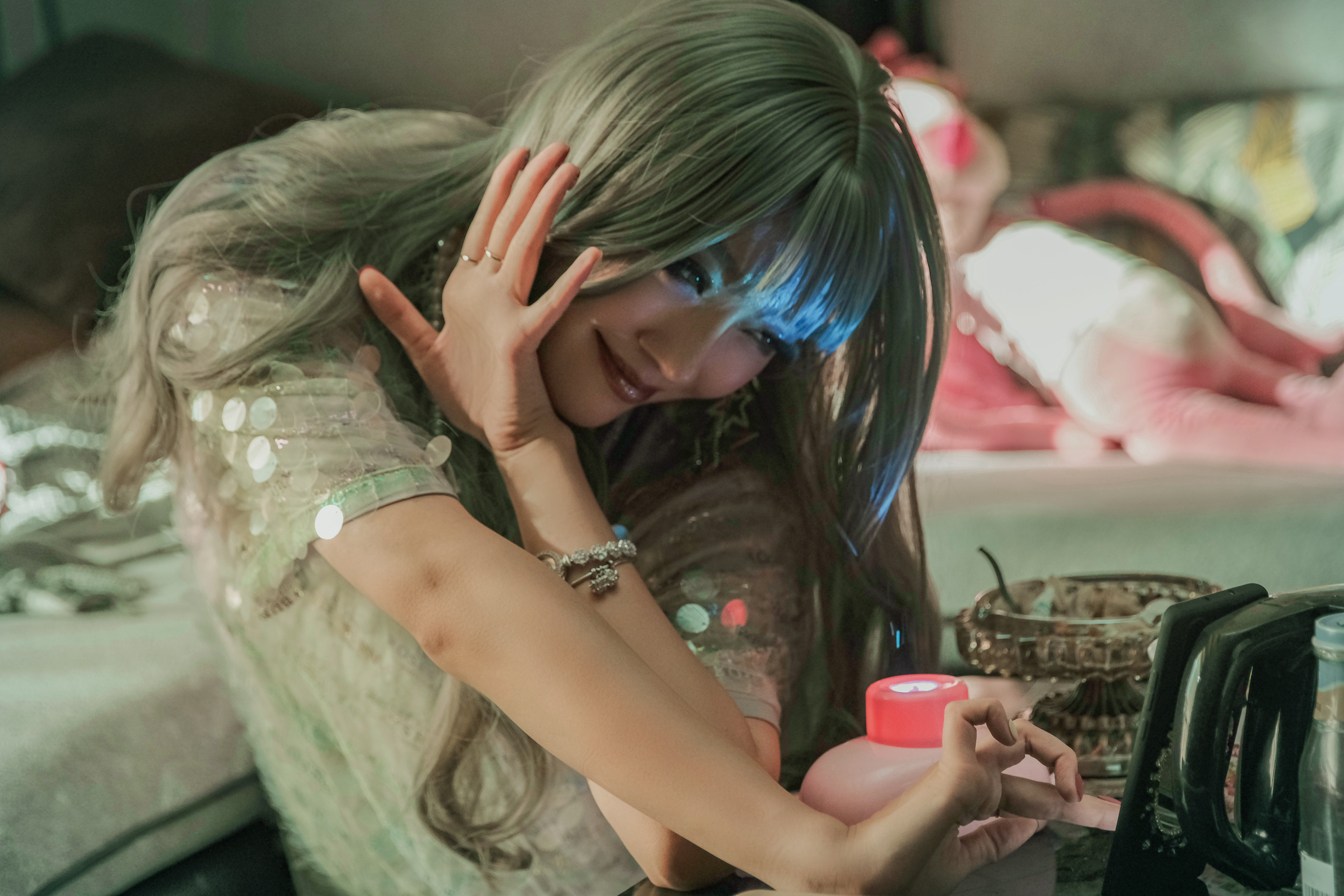 “Mirror, mirror on the wall, who’s the…ugliest girl in the world?” Qi Qi (played by Qi Xi in the episode entitled “Magic Mirror”) wears a wig and glamorous clothes as she slowly talks to the mirror, outlining how she has gradually become more anxious about her appearance. Every glance and whisper from strangers makes her feel increasingly nervous, until she eventually identifies the true meaning of beauty, which is to accept and love herself. 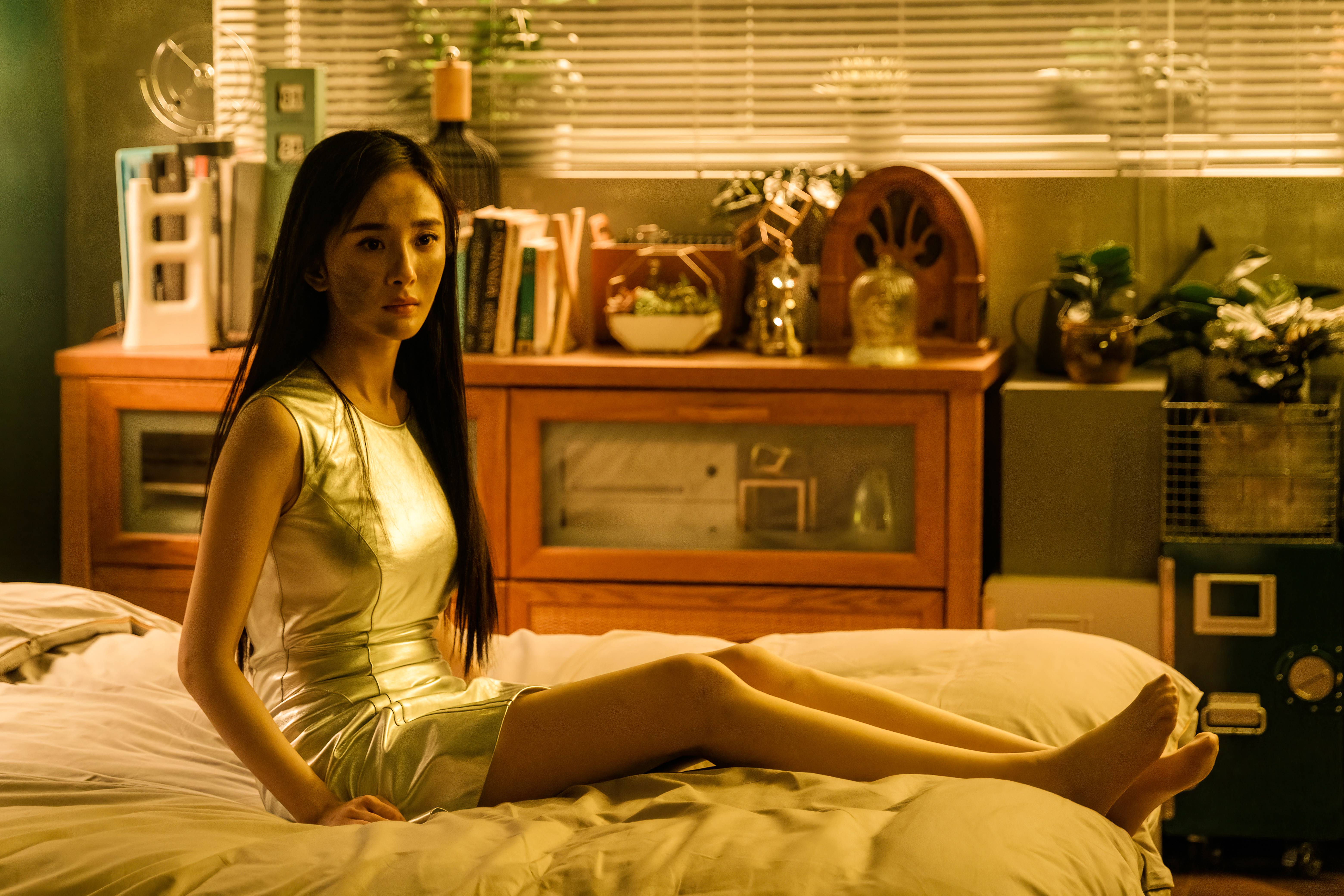 In another episode, the only one themed on science fiction, “The Flawless Girl” stars Yang Mi as an AI robot called Perfect Girl 2020, who has been dumped at a garbage station. Physically, she appears perfect and can still perform various household tasks. At first, she thought she was developed for love and peace, but following relentless rounds of abuse and repairs from her previous owners she finally realises that no matter how perfect a woman appears, it can be almost impossible to escape from their plight.

Over the years, societal norms have attached many labels to women, requiring them to be obedient and glamourous. These cliches have limited women’s perceptions of their own preferences and pursuits. Hear Her reflects on the reality that women of all ages face and aims to lead these women to bravely embark on a path of self-confidence. 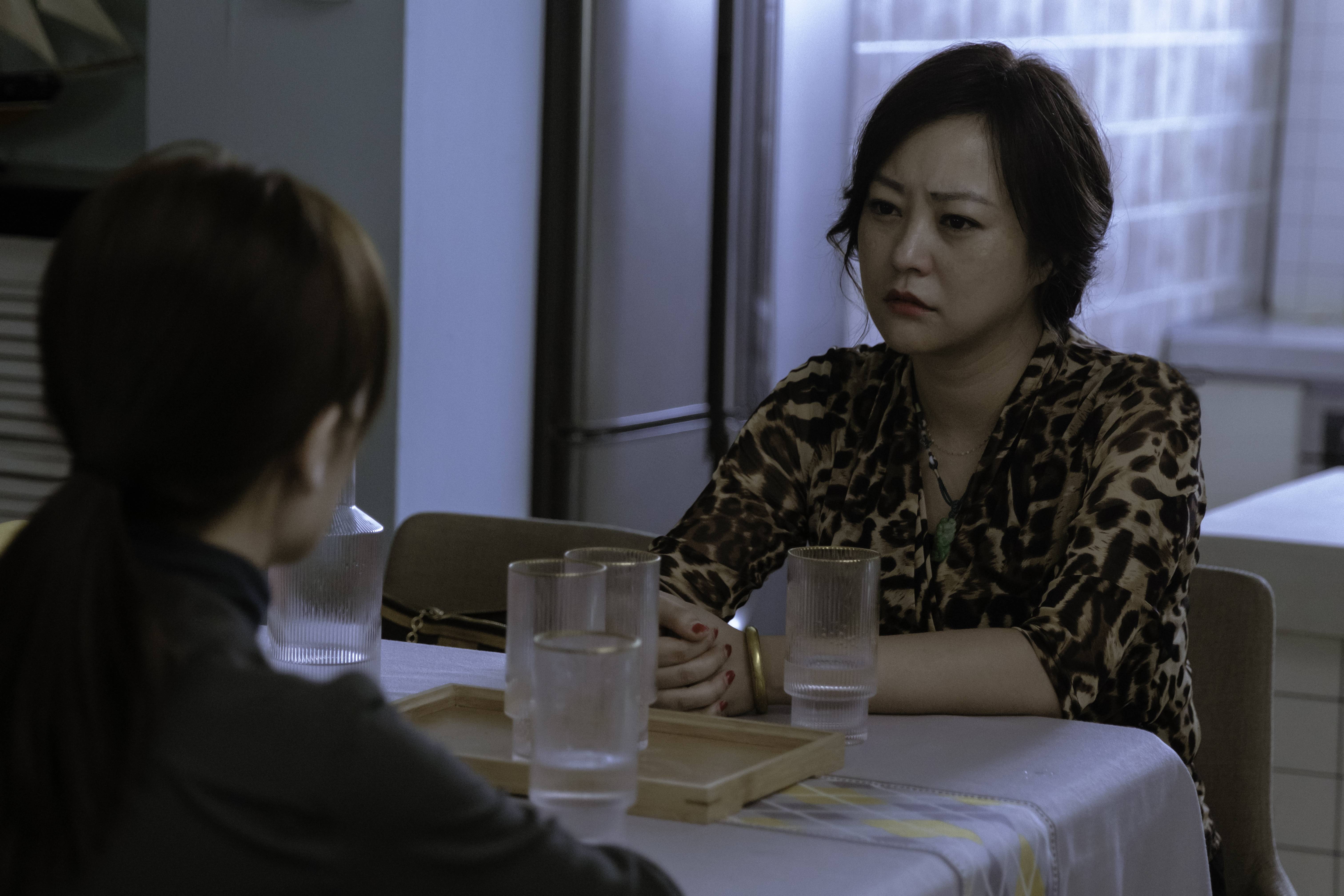 Her and Her Room

Unfortunately, domestic violence features regularly in the news, so when Feng Aimei (played by Hao Lei in “Her and Her Room”) couldn’t help bursting into laughter at her husband’s funeral, she ignored the misunderstandings of others and only hoped to rescue her friend Yanzi from a similar violent family situation. 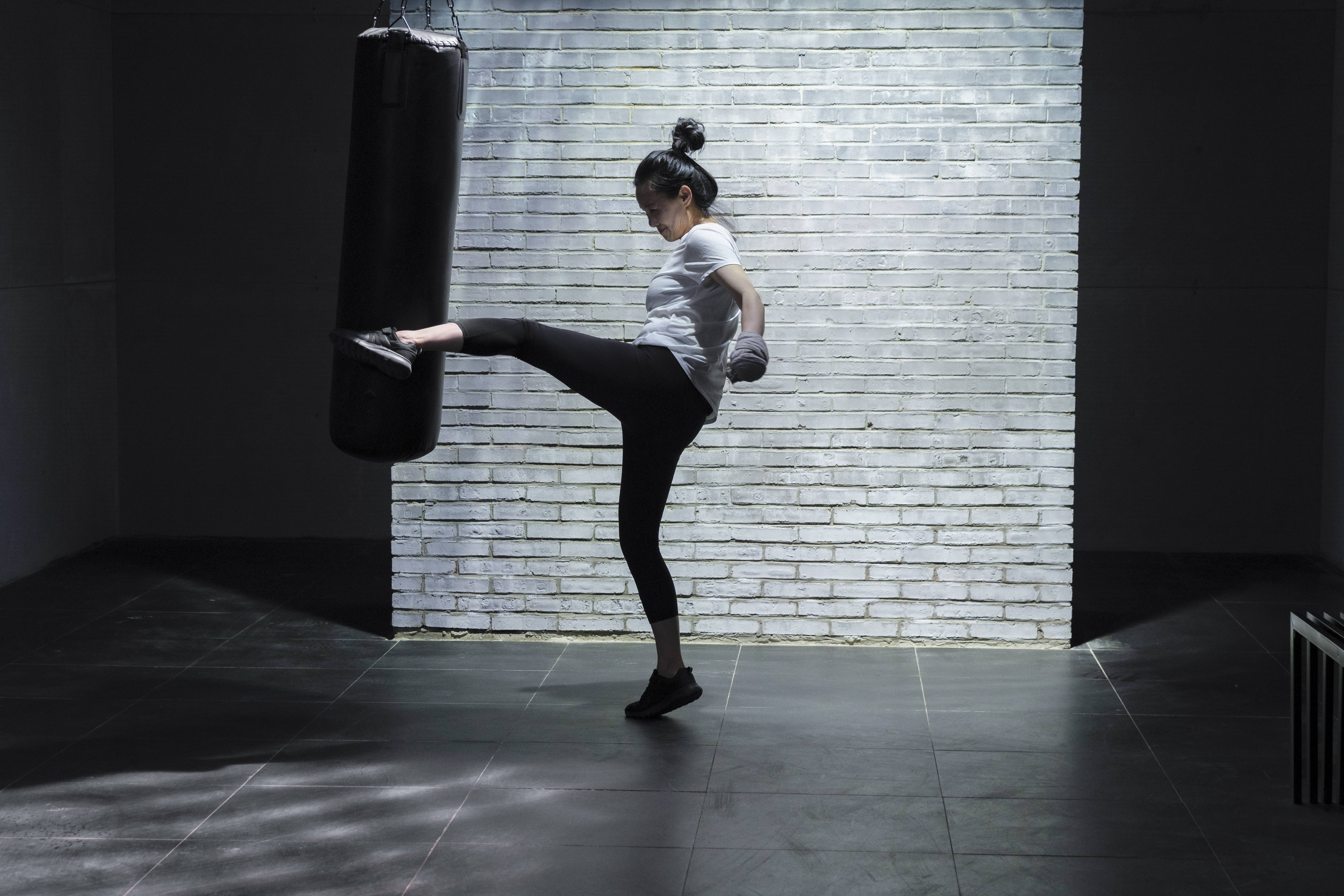 Meanwhile, in the episode of “Reshape”, she (played by Yong Mei) is a daughter, a wife, and a mother who has lived a principled life, yet has suffered from successive blows including divorce, unemployment and failure to gain custody of her child. She becomes overwhelmed by all the cynicism and fake solace that surrounds her. Disillusioned, she turns a deaf ear to the voices of negativity to dedicate herself to a career in sports. The physical endurance she experiences helps her develop into a stronger, more resilient woman. 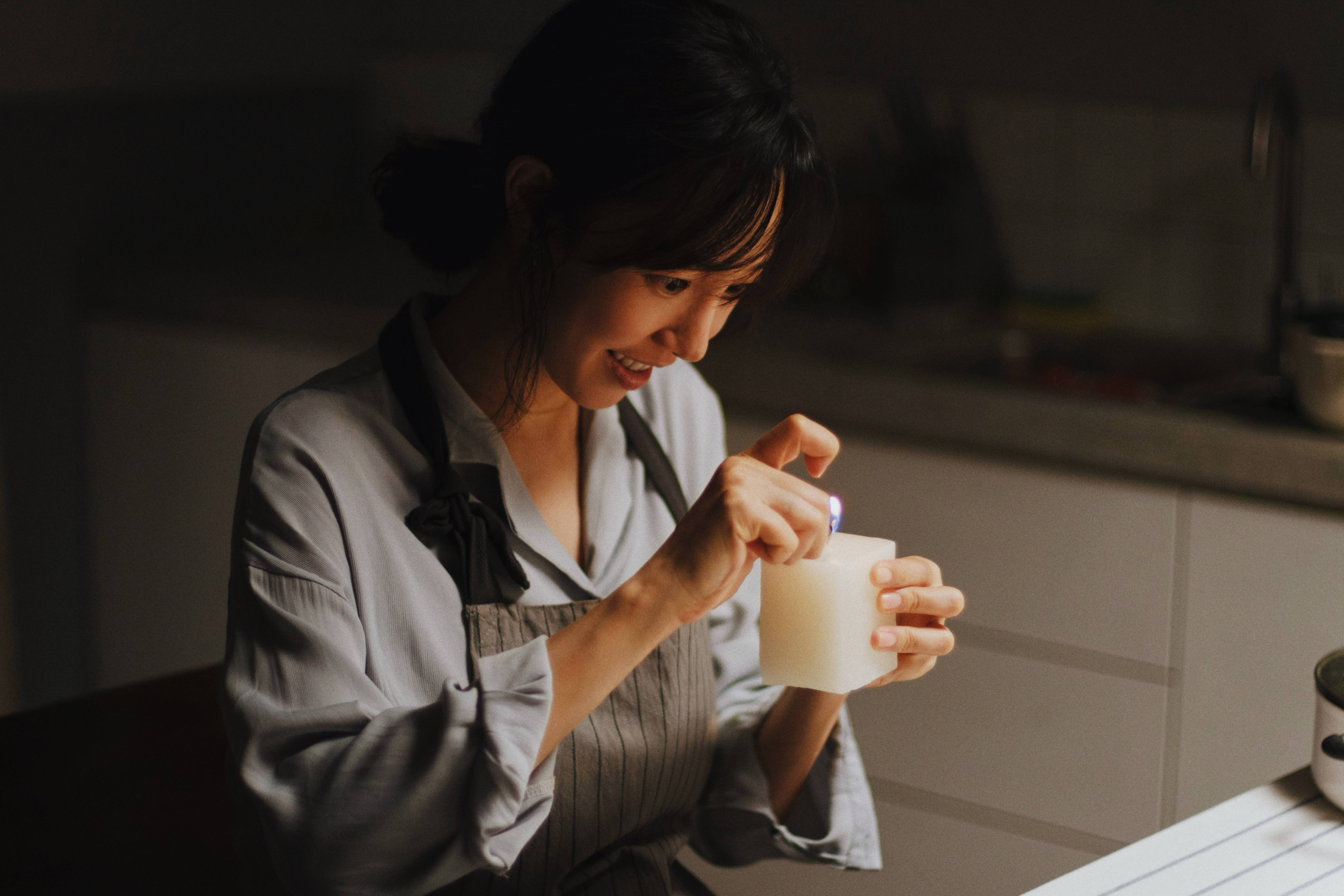 In another episode, “Sleepless”, Bai Baihe stars as a full-time housewife. While she could have lived a carefree life with a happy marriage, she feels great sorrow. Her marriage of over 10 years has left her feeling exhausted and disillusioned. She finds it difficult to sleep and has no one to confide in. This episode seeks to highlight the challenges facing housewives, whose role in the family is often overlooked. 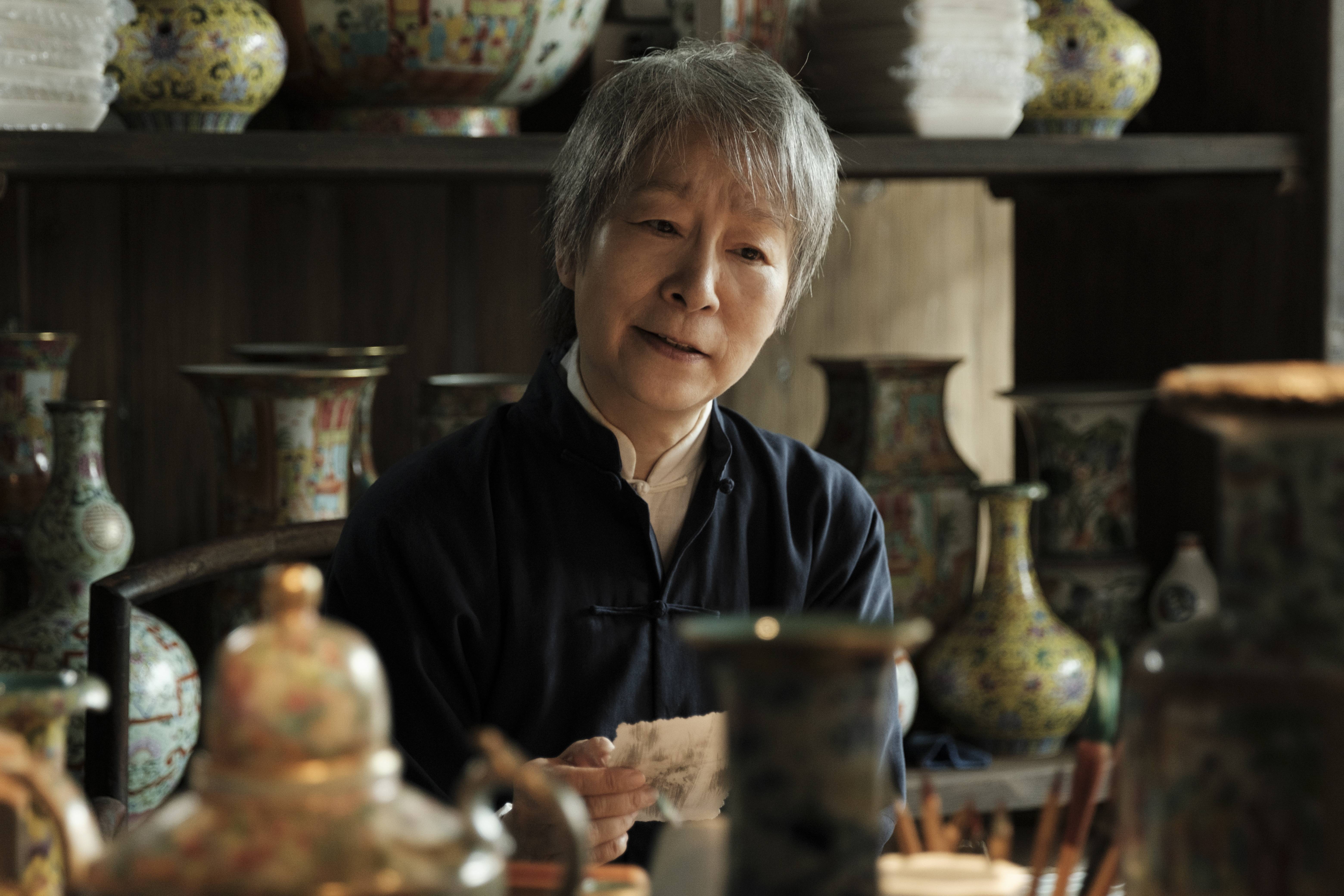 In the old days, to abide by the Guangcai craftsman’s family rule of “passing the family craft on to sons of the family”, Situ Yunchong (played by Xi Meijuan in “Legend of Canton Porcelain”) was raised as a boy at birth. She single-handedly created the successful “Yishunlong” brand, and married a woman with the hope that the wedding would bring her grandpa back from his death bed. Unfortunately, however, this series of events led her to missing two of the most important men in her life. 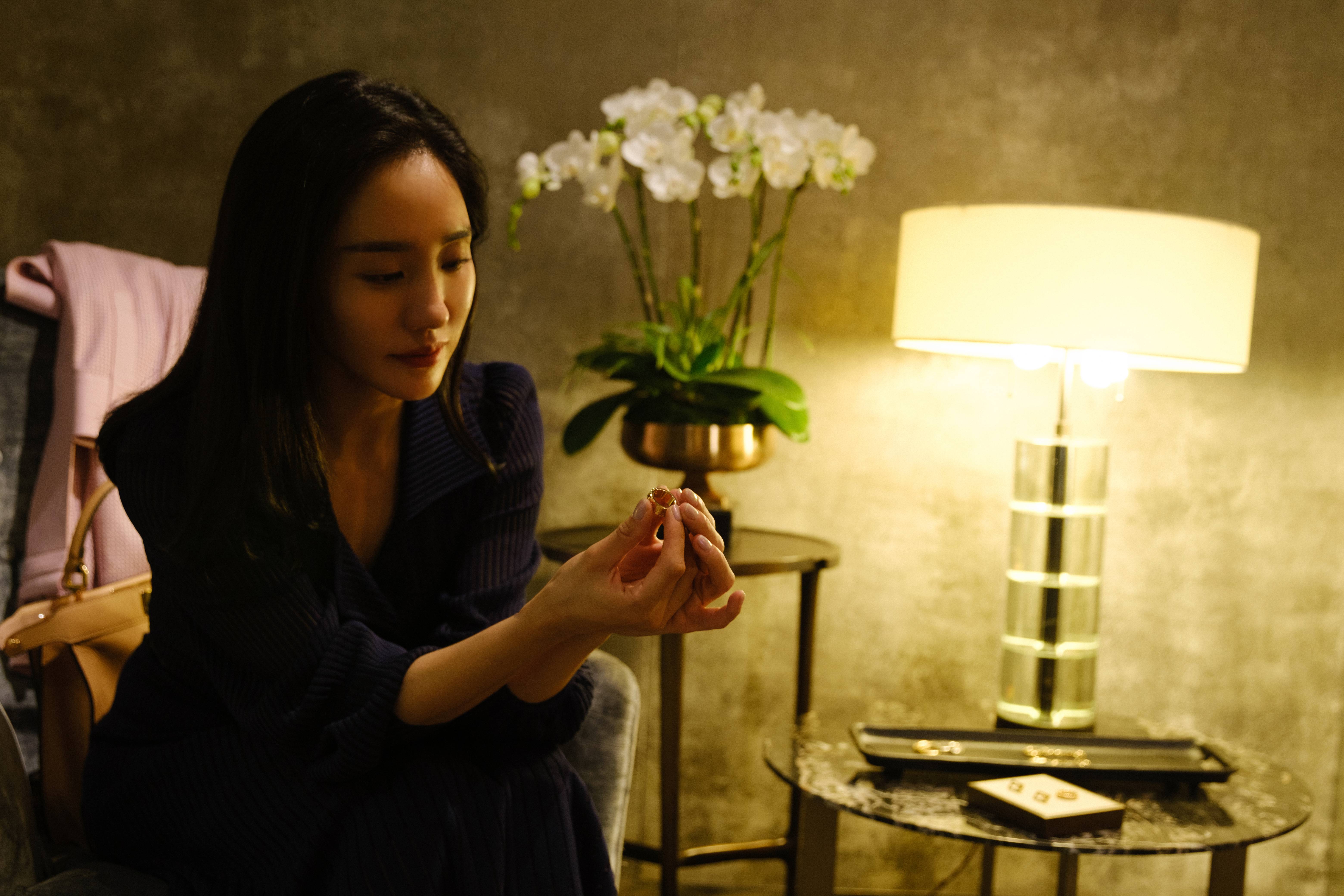 In “Her Life Schedule”, Wang Zhi stars as a successful woman who knows what she wants regarding marriage. She advises women to select the path they want to take, and to persevere. “Life is not like the name of this drama. Life isn’t a schedule of events, but a process of experiencing joy, anger and sorrow.” You should never let the plans of others ruin your enjoyment of life.

The strong contrast between these two stories clearly interprets women’s attitudes towards marriage from ancient times to the present day. While it is fortunate that women’s social status has improved with greater freedoms than ever before, many still experience conflict throughout their lives. 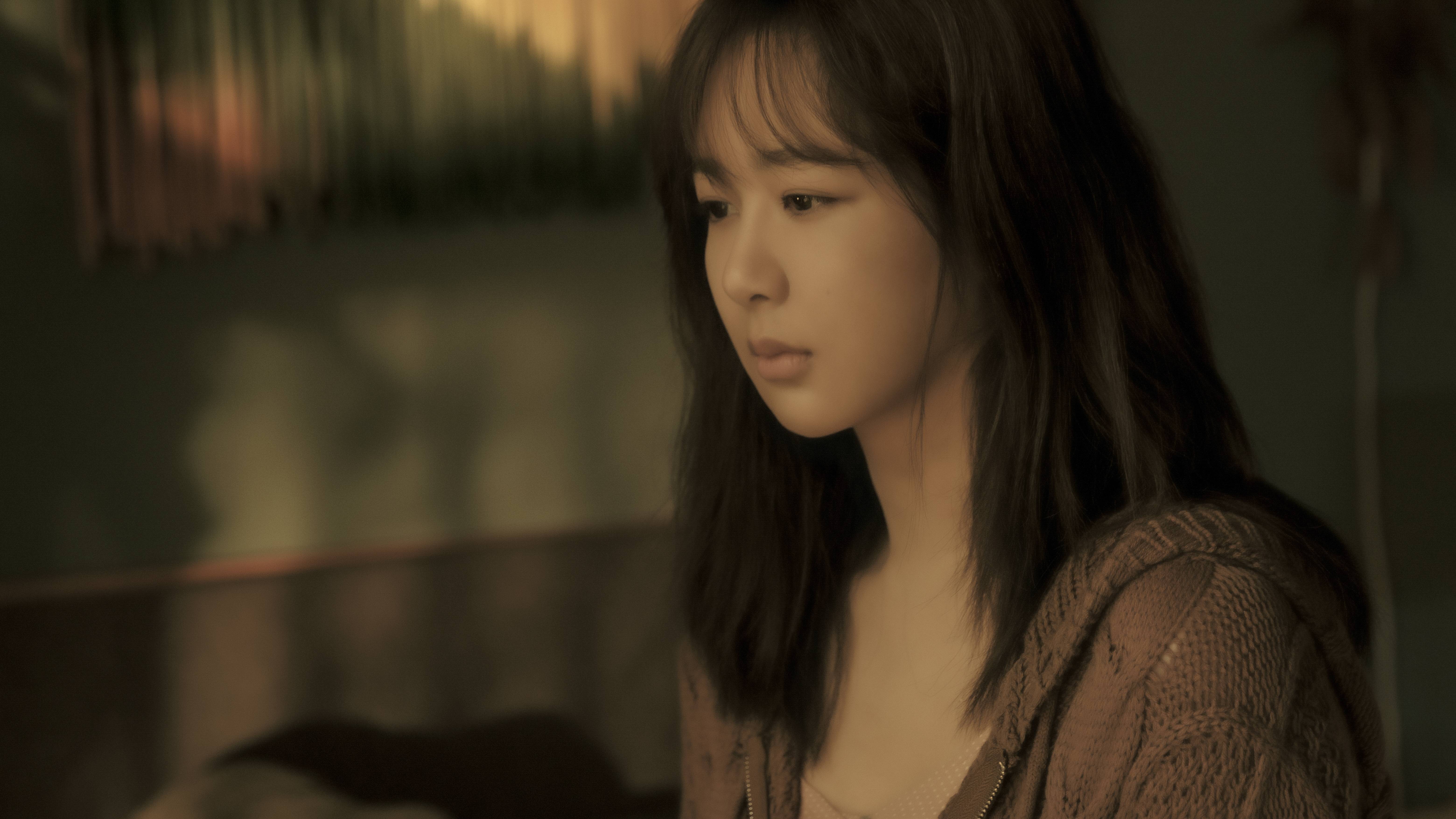 “Wish For Love” tells the story of Xiao Yu (played by Yang Zi). On the eve of her 26th birthday, she finally confesses that her mother’s insecurities about marriage have tainted her own feelings of marriage. She feels she has to escape as far away as possible from her mother. On her birthday Xiaoyu therefore made a wish, to ensure every woman realises her greatest love for everyone entails loving herself first.

“To some extent, monologue dramas don’t represent a highly commercial form of acting. These programmes aim to resonate with the heart of the audience to raise awareness of the challenging issues facing women.” said Vicky Zhao. 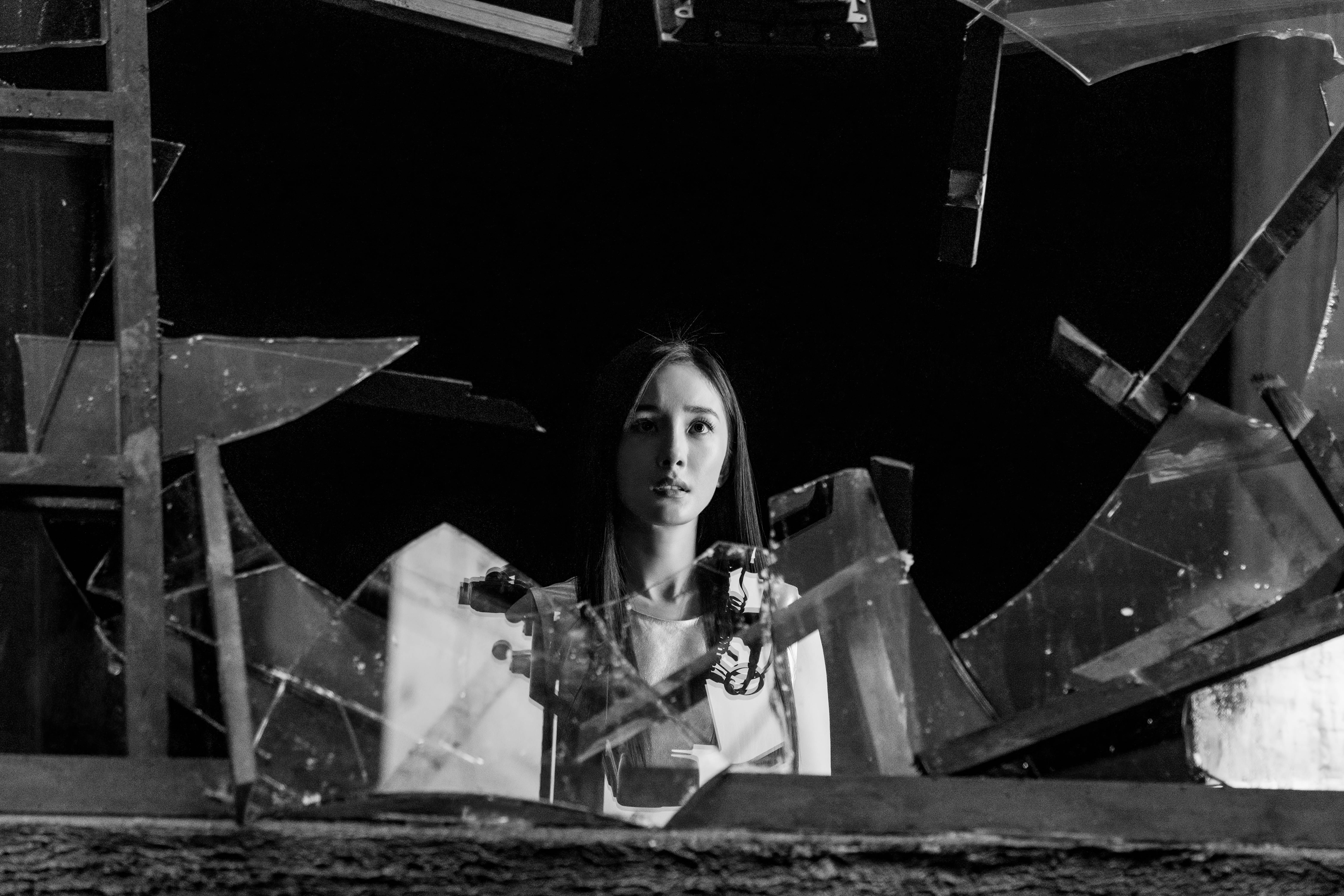 The award-winning skills of the actresses selected to play each role helped to truly portray the character’s inner feelings to strike an emotional chord with the audience. Differing from conventional monologues, the series achieves movie-like production quality, representing another breakthrough in China’s film and television industry.

The production team of Hear Her gathers together a range of experienced, award-winning colleagues from across China’s film industry. For example, the Director of Photography for the episode “Reshape”, Li Yaohui, has filmed a number of famous movies including Happy Together, and Infernal Affairs and so on, winning the best cinematography title at the Hong Kong Film Awards three times. In addition, the series has welcomed photography director Ke Yuming (Bad Guys Always Die), Golden Horse Awards best makeup and costume design winner Hao Yi (The Butcher, the Chef and the Swordsman, No Man’s Land), art director Li Yanwei (Youth, If You Are the One) and Golden Horse Awards best sound effects winner Wen Bo (Red Cliff, Let the Bullets Fly). Additionally, famous directors including Li Shaohong (Palace of Desire, A City Called Macau), Lu Le (Lost, Found), Yin Lichuan (Sleepless Fashion) have also worked on the series to help powerfully present the social issues facing women to the audience. 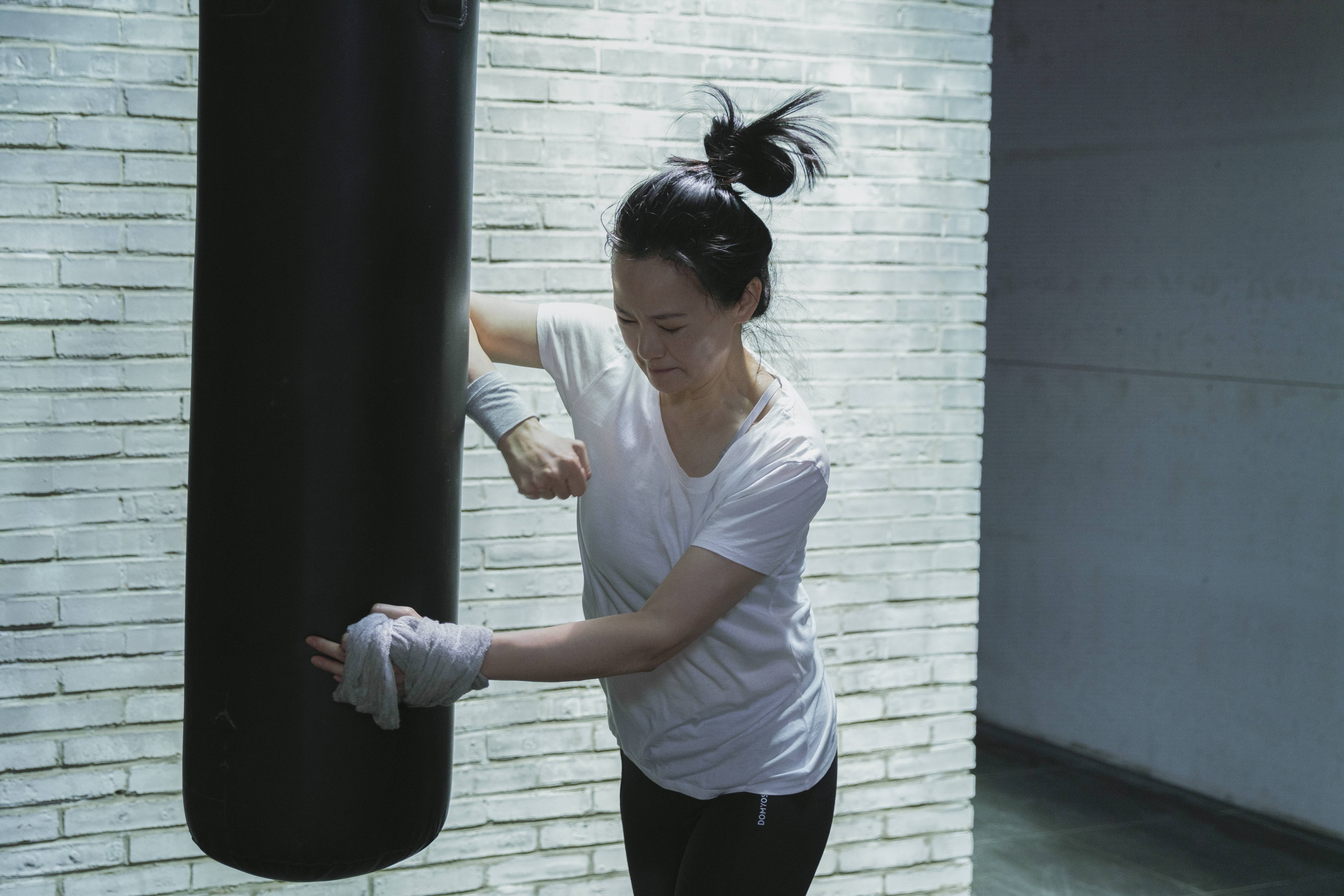 When Hear Her was broadcast in China, the series triggered a number of social discussions regarding the current issues women face in the today’s society. Resonating with audiences across the gender divide, the series appeared to achieve conversation breakthroughs on a number of issues including psychology, justice, cosmetic surgery, and parenting responsibilities. Social media users expressed sympathy and empathy with the drama and characters, provoking many to share their own true feelings about similar real life experiences.

Topics such as #Do you have appearance anxiety, the #Impact of native family lifestyles on their children, #The negativity of patriarchal thoughts and #Are you a people pleaser became the most dominant conversation topics on social media over a 13-day period following the broadcast of the series. 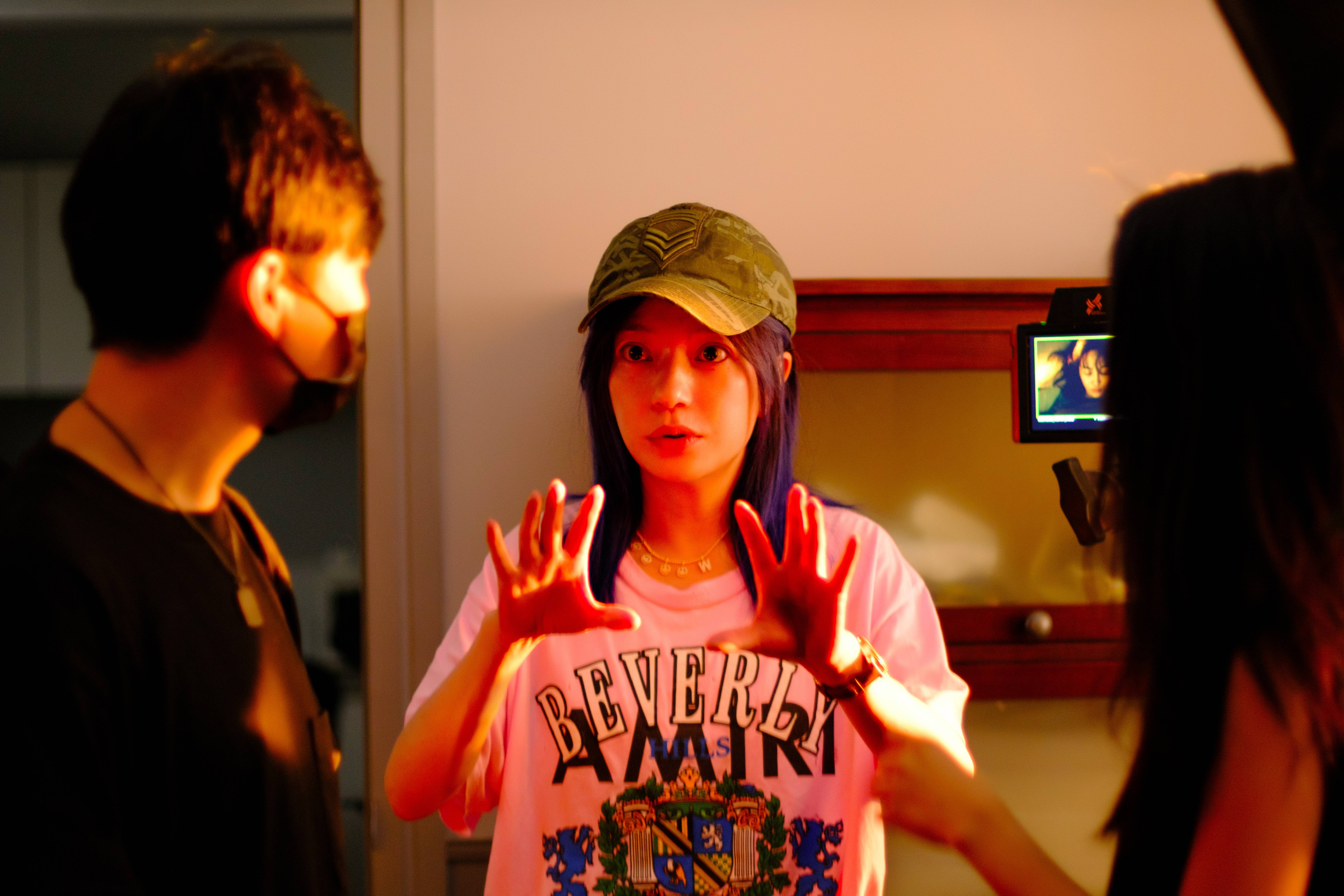 Hear Her attracted 15 billion ‘reads’ of all Hear Her related topics across all online platforms in China during the promotional period and a discussion volume of 10.67 million. Conversations relating to the series ranked among the TOP3 Weibo hot topics on a weekly basis, while the series also produced 173 hot searches online, 79 of which became Weibo trending topics with 23 of these within the TOP10. 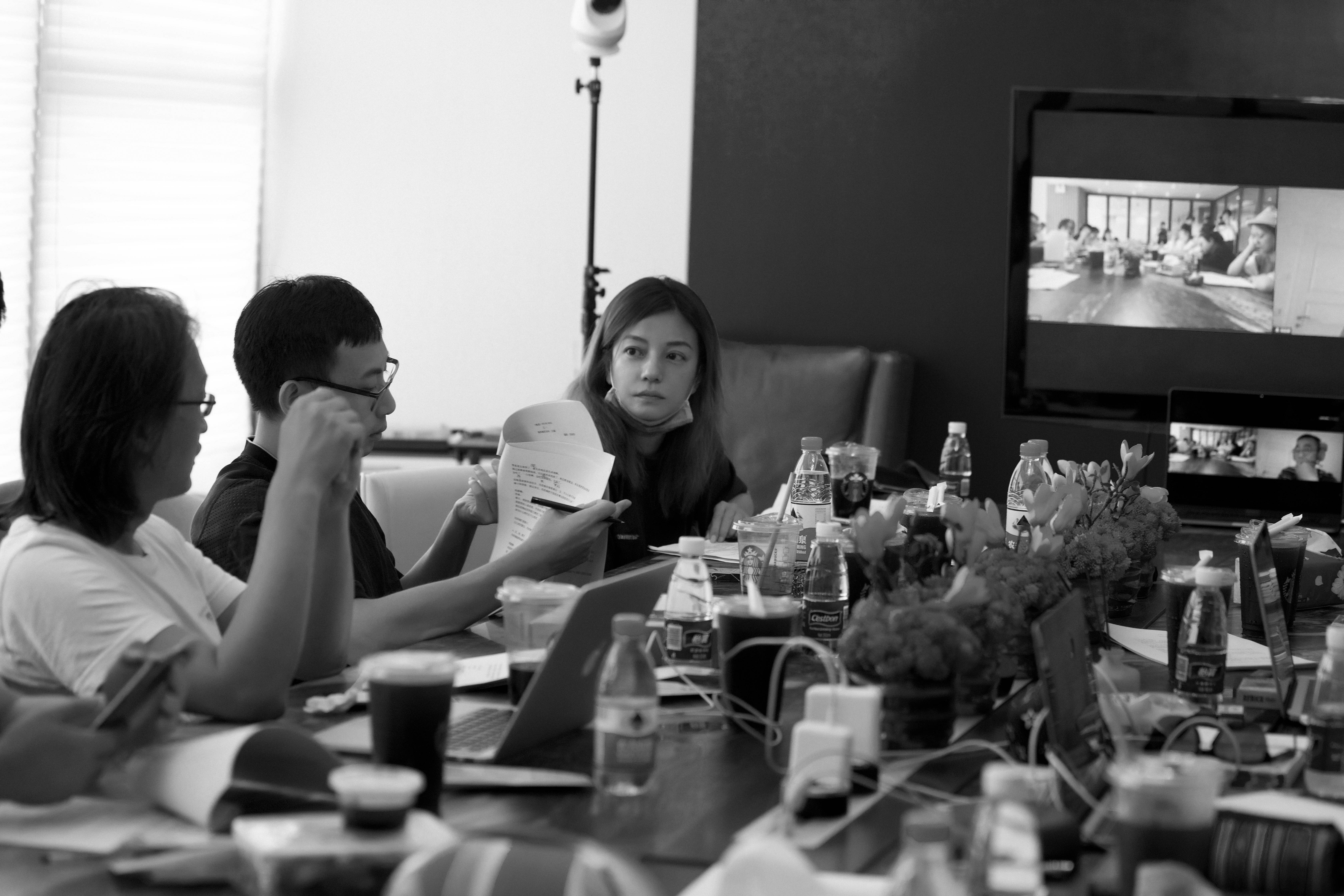 Obtaining 8.4 points out of 10 on the popular review aggregator Douban, Hear Her ranked among the top programmes for word-of-mouth dramas for seven consecutive weeks, becoming the first variety show to feature on the highly-rated drama list in China. Each week, when the programme was broadcast, each episode featured as a trending topic on domestic and foreign social media.

Hear Her has attracted a plethora of positive reviews from TV critics. China Daily published two articles about the series, highlighting the value of each program in the newspaper’s overseas edition. The newspaper said that the values and ideas reflected in the project will resonate with audiences around the world, to help further the progress of women not just in China, but across the globe.

Hear Her is co-produced by Tencent Penguin Pictures and Dream View, and based on a BBC Studios’ format. The series launches on 8th March and is available on BBC First and BBC Player.