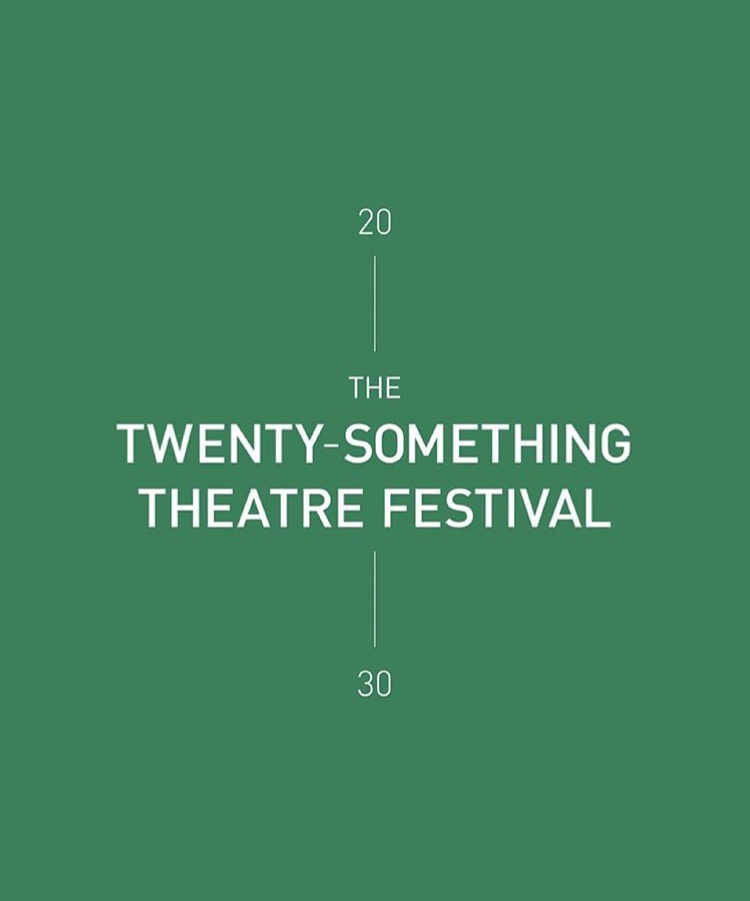 This is our review of the three Fresh plays featured this week during the Twenty Something Theatre Festival. This week’s selection was dark, featuring  dead boyfriends, suicidal parents and rape victims. Yikes. Nonetheless, despite the heavy material, the plays were overall enjoyable, and were successful at showing that our millennial generation very much has a voice and issues worth playing out onstage. For all my criticism, each production had promise and their merits, and as first forays into the professional theatre scene for most, was a commendable effort.

Kenneth seems to be typecasting himself as the hot new ‘gay playwright’ of this generation, following the success of Let’s Get Back Together back in 2014, to be restaged later on this year by W!ld Rice.

Long Weekend continues the ‘gay agenda’, concerning itself with painting a portrait of what it’s like to grow up as a young gay adolescent in Singapore. The play is precluded by a hellish scene, where actors clad in gauze shawls participate in various acts of chaos, from a militant soldier calling audiences out for indiscrete use of their phones to an actor dressed as a giant penis, barking at audience members while another attempts to sheath it with a giant condom.

This scene is perhaps the drunk fever dream of Han Lin (Terry Tan), who’s reeling over the recent death of his friend Keith (Juni Goh). When an image of the late Keith appears, Han Lin goes on a surreal journey into his past, filled with strange characters a la Charles Dickens’ A Christmas Carol. Together, the two reminisce their past together and as individuals, reflecting on bygone clubs now filled with penguins (referencing the NLB’s ban on ‘And Tango Makes Three’), hospital visits for STD checkups, and quiet moments together fantasising what goes on in the blocks of flats opposite.

Kenneth understands the lexicon and issues of the LGBT community well, and even has the ability to come up with a few gut wrenching lines and moments that are genuinely moving. However, attempting to appeal to both the political activists and the emotional side requires a much finer balancing act than what was displayed in Long Weekend. The individual scenes have their charm as standalone pieces, but when put together, it doesn’t quite gel as well as they should, at times losing the personal in the political, and bypassing the necessary emotional surge to really feel for these characters’ plight. The moments within the play are fleeting at best, and by the time Keith metaphorically leaves for the afterlife, we’re still not entirely sure how it is that Han Lin has made peace with his death.

What Long Weekend does succeed at is showing that there is no such hard and fast category as a ‘gay play’, and displays a relationship that isn’t a binary boyfriend/friend one, and picks at the surface of the exploration of the fascinating and complex world of relationships as a whole. It scratches the tip of the iceberg of gay politics in Singapore, offering a personal look at the plight of growing up in an environment which tells you that your very existence is wrong.

Kenneth should take heed not to fall into the trap of playing solely to the pink market and focus on the heart of the play, more so than creating a conversation that somehow sidesteps the main plot. As a sophomore piece, it’s a valiant effort at discomforting the viewer, but doesn’t quite succeed at eliciting genuine care for the characters, due to the characterization and real issues being obscured by the theatrics. Still, it appears that W!ld Rice has gotten their hands on a person with potential, but honestly, next time, please ditch the nippletastic costumes.

National Memory Project began with a black and white slideshow of various shots of Singapore and its people, ending off with a quote by Johnny Jon Jon himself (real name Muhamad Zahari) about memories.

NMP imagines a future Singapore not too distant from our own, where the government has initiated a project collecting the memories of each and every citizen. Nobody quite knows why this is happening, but it’s an archival project for ‘future reference’. NMP follows Judy Tan (Tan Hui Er), an employee of the National Memory Project tasked to retrieve a memory, any memory, from difficult death row inmate Mona (Siti Sara Hamid).

What the 20-something website doesn’t tell you is that the majority of the play is actually not in English, rather, a mix of Bahasa Melayu and Hokkien. Tan Hui Er appears capable of fluently speaking (or reciting) all three languages, and that in itself is already impressive. The rest of the play is a dialogue between the two women, with Judy attempting to tease out a memory and get out of the prison. But Mona proves to be a tough nut to crack, and ends up forcing Judy to relive some painful memories of her own, from her husband leaving her at a longkang, to the suicides of both her parents (‘Is this a family thing?’ Mona quips, to nervous audience laughter).

The realm of sci-fi and fantasy is rarely explored in theatre, so it’s always exciting when an imaginative piece like this comes along. NMP explores the themes of memory and progress, and debates the value of the past as we speed into the future, and what is lost as we do so. What’s also impressive is how our attention is sustained for the whole 45 minutes by this conversation, held mostly in Malay, with the aid of (badly positioned) subtitles and minimal props. The performance is heavy on Hui Er, but carried by Siti, whose stoic, tough character reverses character roles, always wearing a slight smirk and knowing that she has full control over the situation. Towards the end, NMP lost itself in its own debate, and I was left wondering about Hui Er’s character, and whether any of her accounts were actually true, while Siti remained cloaked in an air of mystery and tragedy as the death knell signaled the end of the show. NMP also failed to address the issue of capital punishment, and though one feels the tragedy and injustice of Mona’s incarceration, killing an innocent is still crazy enough to throw our alliances and conscience into question.

Overall, NMP was an interesting piece that raised questions of what we ought to value in this day and age. Can we hold on to the past and still move into the future, or do we let go of it completely, and leave things as just a memory?

9pm -The Cave by Annabel Tan

Monologues are dangerous things, and could be seen as a bit of a rant, or go brilliantly, as Stella Kon’s immortal Emily of Emerald Hill has shown.

The Cave is extremely reminiscent of Eve Ensler’s Vagina Monologues, in that it’s a monologue about a strong female character commenting on women in society, laced with humour, anger and witty observations. Following hotly on the heels of the recent Brock Turner case, Selma Alkaff helms this one woman show as a young woman who is pregnant from rape and decides to keep the baby, bearing the emotional scars of rape and the brunt of society’s expectations, hiding her societal indecency by marrying a man she does not love and becoming a ghost in her own home to keep up appearances.

The Cave refers to many things, from a segment where Selma talks of the origin of man, to the cave that is one’s womb, to a personal cave, to shy away and hide from others. It explores society’s view of the female body and the role of woman in our modern metropolitan city, and how backward some of that thinking can be. Selma is a very capable actress and is technically accomplished, seamlessly floating across the stage and connecting with the audience by locking eyes with them and engaging them directly, sharing her innermost thoughts and commentary. If there is one thing lacking, it is that Selma is unable to access the full emotional range and at times, comes across as overly rehearsed as opposed to raw and genuine, but one cannot blame her due to her age. Plus, she does have so many good moments within this piece. With a little training and a few more years, there’s a chance she could become one of the A-listers in the industry.

I was quite interested by the set as well, consisting of a flooring of children’s alphabet puzzle play mats, which Selma used in creative ways, at times using them as a book, a house, a baby bump, and even to spell out words. Monologues don’t always require good props, but can be helped immensely by them, and this one certainly benefited. Also great was the soundtrack, which played out as sounds that complemented the words as opposed to mood music, and I never felt manipulated into feeling any emotions, rather, the soundscape added greater depth to Selma’s performance, and helped with the collective imagination of the audience.

Overall, The Cave was a thought provoking piece that really allowed for Selma Alkaff to show off her acting chops, and was a great casting choice, waxing lyrical and dispensing astute observations while displaying a wretched emotional vulnerability at others, all the while maintaining a smooth and well rehearsed physicality. Annabel Tan is a fresh, bold new voice in theatre that’s as spirited as it is poetic, though still unripe at the cusp of adulthood, and I can’t wait to see what both she and Selma have in store for the arts scene next.

We’re very thankful for the ‘Instagala’, a makeshift bazaar that featured a few food stalls, alongside selected vendors from Carousell hawking their wares. Local musicians such as bittymacbeth also came down to perform live in between shows, and was a nice space to spend the intermissions between shows and hang out. Next week, a new set of vendors will be coming down, so be sure to check them out too!

Thanks for reading through to the end, stay tuned next week for our review of the next and final four plays rounding off the festival!