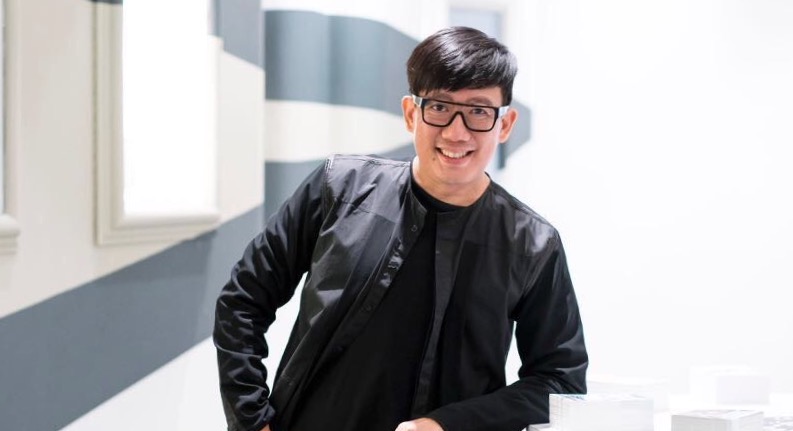 Daniel Boey is probably best known to the current generation as the resident bitch on Asia’s Next Top Model. But as his second book proudly proclaims in its multi-layered title: Behind Every *itch Is A Backstory, and behind this bitch, is one hell of an itch. The Godfather of Singapore fashion shares a hilarious, deeply personal memoir about his personal experiences growing up with sensitive skin and rashes, and overcoming it to become the man he is today, a stalwart in the fashion industry and defining himself beyond his allergies.

In fact, Boey didn’t always start off in fashion, proclaiming that he started off quite accidentally, and on a quite different starting point: theatre. The previously bookish introvert hung out in libraries all the time, but one day joined a theatre production as a singing Allamanda flower onstage, easing him gently into the theatre scene. His sanctuary changed from the library to the theatre, where his vivid imagination was given life, acting out stories and a form of escapism, helping him to an extent deal with his awkwardness in social situations. That theatre background, Boey explains, gave him the knowledge and experience to becoming a good fashion show producer, basing off his entire ‘fashion hierarchy’ of roles and jobs according to how well organized the theatre world was. No matter what discipline you begin in, knowledge is power, and if applied properly, could be useful to almost any line of work.

As he got more and more involved in university life, Boey found himself increasingly committed to organising social events the more committees he joined. In canvassing for sponsors, Boey was given the chance to meet plenty of professionals outside of the university, and they’d invite him for parties and dinners, a whole new life outside of school alone, and became completely enamoured with it, which in turn led to some of those same professionals offering him jobs upon graduation. Boey began his work in production, with the humble intent of just earning enough to go backpacking. Soon, his work took on a strange cyclical approach where he’d earn a certain amount before quitting to travel, and upon his return, repeat the process when his initial employer asking him to work for them again and again. Realizing that this might have been something he was good at, Boey decided to dive in to it headfirst, and pursue it seriously.

What truly attracted Boey to the career though was realizing his ability to tell stories. Recalling his days spent in the library daydreaming with his vivid imagination, Boey applied the same concept of staging a play to fashion, giving life to designers’ sketches through shows. Boey is thankful he’s had good mentors throughout his beginnings, and laments the lack of that same mentorship culture in Singapore today to groom the next generation to inherit the scene, particularly in the fashion industry, which lacks a sense of community and support for each other. Boey proclaims that such a trying culture helped him grow a thick skin and learn to chart his own path, supporting those he believes in all the way, while brazenly speaking out when he disagrees with certain things.

On the process of writing the book itself, Boey explains that initially, he never wanted any photos of him to even appear in the book itself. In the final product, he appears in two sets of photos at the front and back of the book, including a gorgeous, high concept shoot inspired by Leonardo Da Vinci’s The Last Supper. But for the rest of the chapters’ accompanying images, Boey is conspicuously absent, choosing instead to use professional models instead in high fashion type shots to relate back to his fashion career. Boey cites George Michael’s Freedom music video as his main inspiration for the selection of photos, and is incredibly thankful for his Fashion Director Fairul Shah, a colleague and friend who he’s put complete trust in.

One of the most visually arresting sequences in the book involves Boey writing about his childhood growing up as a student across various Catholic schools. Boey ended up doing the shoot at his alma mater St Patrick’s Secondary School, serendipitously coming up with the idea while on a tour of the school to reconnect with them. No doubt the curious teenage boys were fascinated by the shoot, and Boey even decided to incorporate some of the actual students into the shoot, wearing just their uniforms to contrast with the model’s comparatively outlandish outfits, representing his own childhood spent buried nose-deep in books, or doodling away in his school textbooks. 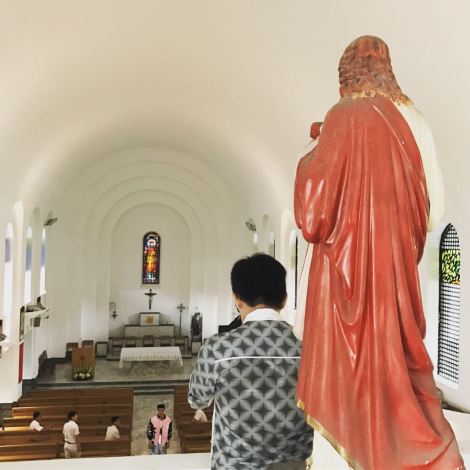 Boey explains that Behind Every *itch Is A Backstory was more difficult to write than his first book. Intended as more of a motivational book, Boey went through four drafts before arriving at the final version. In the very first draft, Boey realized how angry he sounded in his tone, and had to completely change it to reflect his having come to terms with his condition, utilizing a form of deflection with his gross-out, self-deprecating humour in describing his skin condition in the book itself to make himself more down to earth and the book more accessible to readers. Ultimately, Boey hoped that this book would have ended up as a way that was easy to read from cover to cover, not a guide or means of pushing solutions, but simply imparting the wisdom of his years to his readers that above all, if he was so flawed and could still be so successful, anyone could do the same. In a sense, this message is reflected on the book’s cover as well, where a well-coiffed man sits relaxed under a beach umbrella, part of yet away from a group of similarly dressed individuals, showing that one can still retain a sense of individuality and make what you want of life even amidst a nearly homogenous community.

So how exactly is it that a red-faced young man become Singapore’s Godfather of Fashion? It’s certainly no Cinderella story, and not even close to Keeping Up With the Kardashians. Daniel Boey wants you to know that beneath the fabulous life, really, he’s just like you or me, putting on one pant leg at a time. As we ended off our interview, Boey gave one last piece of advice to us: “Life is full of superficial people. But to get back at them, just work hard and do your best at what you’re good at, write your own rules, and become so influential that people will go OMG. After all, if I didn’t work my rashy ass off at the start, would people listen to my voice today?”

For more timely wisdom and stories from Singapore’s Godfather of Fashion, go get yourself a copy of Behind Every *itch is a Backstory, which is currently stocked at all major bookstores in Singapore, including Popular, MPH, Times and Kinokuniya.

1 comment on “Behind Every *itch is a Backstory: Daniel Boey scratches at old wounds in his new book”