London may be better known for its theatrical performances than any other city on Earth. New York City is the only real competitor that comes to mind, and London has the advantage of being steeped in theatrical history, dating back to William Shakespeare and his contemporaries. Even now however the city is full of incredible theatre venues, and hosts some of the best musical and theatrical performances you can find anywhere. What makes this aspect of the London arts scene so wonderful however isn’t just that there are excellent theatres – it’s that some of them are so unusually or particularly special.

Here is a look at some of the city’s most unique theatres.

The Old Vic might be the most conventional choice on this list, as it’s commonly regarded as one of the city’s best theatres (rather than just its most unique). Once known as the Royal Coburg Theatre, it’s been through a long and interesting history, including foundation in 1818 and air raid damage in 1940 during World War II. The building itself is both striking and unassuming, standing alone near Waterloo Station but not designed with any frills. Best of all, The Old Vic is known for a terrific selection of theatre shows, both old and new.

Sadler’s Wells is one of the oldest theatres in the city, dating back to the late-17th century when it was first opened. It has since been not only renovated but thoroughly modernized, such that it now feels like a relatively new venue. This blend of history and modernity alone makes Sadler’s Wells an interesting place to see a show – and the selection of events is usually very interesting. For instance, earlier this year the theatre hosted the Flamenco Festival of London.

The Hippodrome is best known as perhaps London’s most iconic casino. It has five floors’ worth of gaming, and such a strong reputation in the gaming community that it’s even inspired its own mobile spinoff. The Hippodrome is far more than a casino, however, and is also known generally as a massive entertainment venue. Accordingly, the establishment has its own theatre, a surprisingly intimate 180-seat venue that hosts some of the best musical performances in the city. In particular, the Hippodrome seems to attract jazz and cabaret.

Jacksons Lane is almost like a hidden gem within the London theatre scene. That’s because it’s actually a converted Methodist church. It’s a lovely red brick building that can pack in 250 people for a big show, and so still feels intimate. Plus, it hosts a pleasing variety of shows that go well beyond what you’d expect at a more ordinary theatre. Indeed the venue’s own website describes it as having “the best in contemporary theatre and circus,” which speaks to the different kinds of shows you can see there. 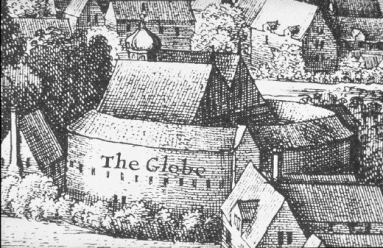 The Globe is perhaps an obvious choice and one that doesn’t require much explanation. But suffice it to say that even the modern, thoroughly renovated version of Shakespeare’s legendary personal theatre is a must-see attraction for anyone who loves the arts. Seeing any show there is a humbling experience for a theatre enthusiast.