At an industry event held at the Westin Hotel on 18th October, Sarawak Assistant Minister of Tourism, Arts & Culture Datuk Lee Kim Shin announced that Singapore will be a central hub for Sarawak Tourism Board’s marketing strategies as the Sarawak state government will be setting up an office in Singapore next year.

Says Datuk Lee: “This year, we recorded a 16.5% increase in arrivals from January to July which is a good indicator of gaining interest from travellers from the Singapore market, attributable to the increased flights from Singapore through Scoot, Malaysia Airlines and Air Asia which are making daily trips. This gives us a total of more than 600 seats made available every day from Singapore to Kuching.” 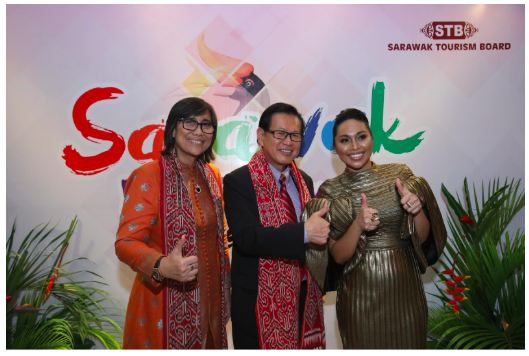 The event also saw the unveiling of the Visit Sarawak Year logo, a precursor to its official launch in January 2019. Intended to place Sarawak on the tourism map as one of the preferred tourism destinations in Southeast Asia with its plethora of culture, adventure, nature, food, and festivals (CANFF) offerings that are not found anywhere else in the world, which Sarawak Tourism Board CEO Sharzede Datu HJ Salleh Askor went into in more detail, and added: “Digital will be a large part of our campaign. Besides creating content on digital platforms to reach out to our markets, we are also developing a mobile app which will anchor the discovery process for all our visitors.” 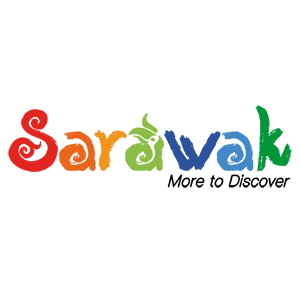 The Visit Sarawak logo is colourful, intended to represent a fun and friendliness to symbolise the unparalleled hospitality found in Sarawak. The colours each possess their own meanings, with their occurrences indicating colours of the Sarawak flag (red and yellow), the strong spirit and vibrant energy of the different ethnic communities within Sarawak (orange), the rainforests (green) and the ocean (blue). The stylised “S” in the logo features a curling pattern, imitating a traditional design that is often used in the artwork of the Dayak and Orang Ulu people, while the ‘hornbill head’ in the centre replacing the letter ‘A’  represents the national bird of Sarawak.

The tagline ‘More to Discover” encourages visitors to engage in Sarawak’s culture, adventure and nature attractions, announcing to the world the many offerings Sarawak has. Simply by setting foot in Sarawak, a person can already begin his journey of discovery across Sarawak’s Culture (with 27 ethnic groups and world class museums), Adventures (with jungles, caves, mountains and all manner of natural landscape to explore), Nature (with 56 totally protected areas, 37 gazetted national parks, five wildlife sanctuaries and 14 nature reserves), Festivals (such as the Rainforest Fringe Festival) and of course, Food (from the delicious Sarawak laksa to famous kolo mee). 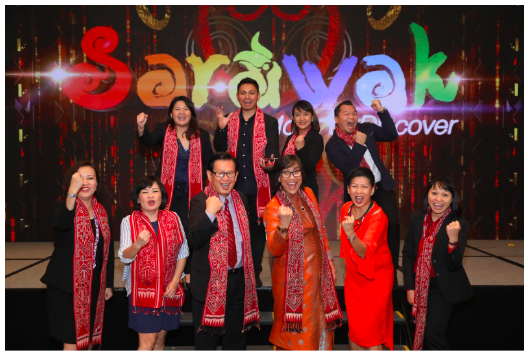 Speaking of food, the evening’s activities also comprised of a lavish four course dinner featuring dishes made with the flavours of Sarawak, including an appetiser of Sarawak Black Pepper Crusted Tuna Loin and a main course of Pan Roasted Chicken or Sebass with Sarawak Black Pepper sauce. Other activities included a performance by award-winning Sarawakian songstress, Dayang Nurfaizah, and Tuku Kame, an award-winning world music band who has conducted global tours as a prelude to the offerings of the campaign. 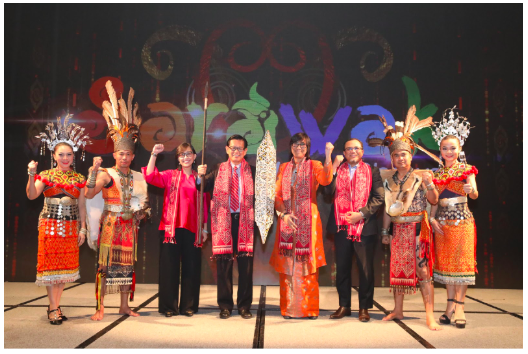 Says Datuk Lee: “We will be looking to intensify efforts to increase arrivals from Singapore. In the coming year, Singaporeans can look forward to more new packages that will provide competitively priced offerings focusing on culture, adventure, nature, food and festivals. We will also look forward to explore how we can partner Singapore as our twin city.”