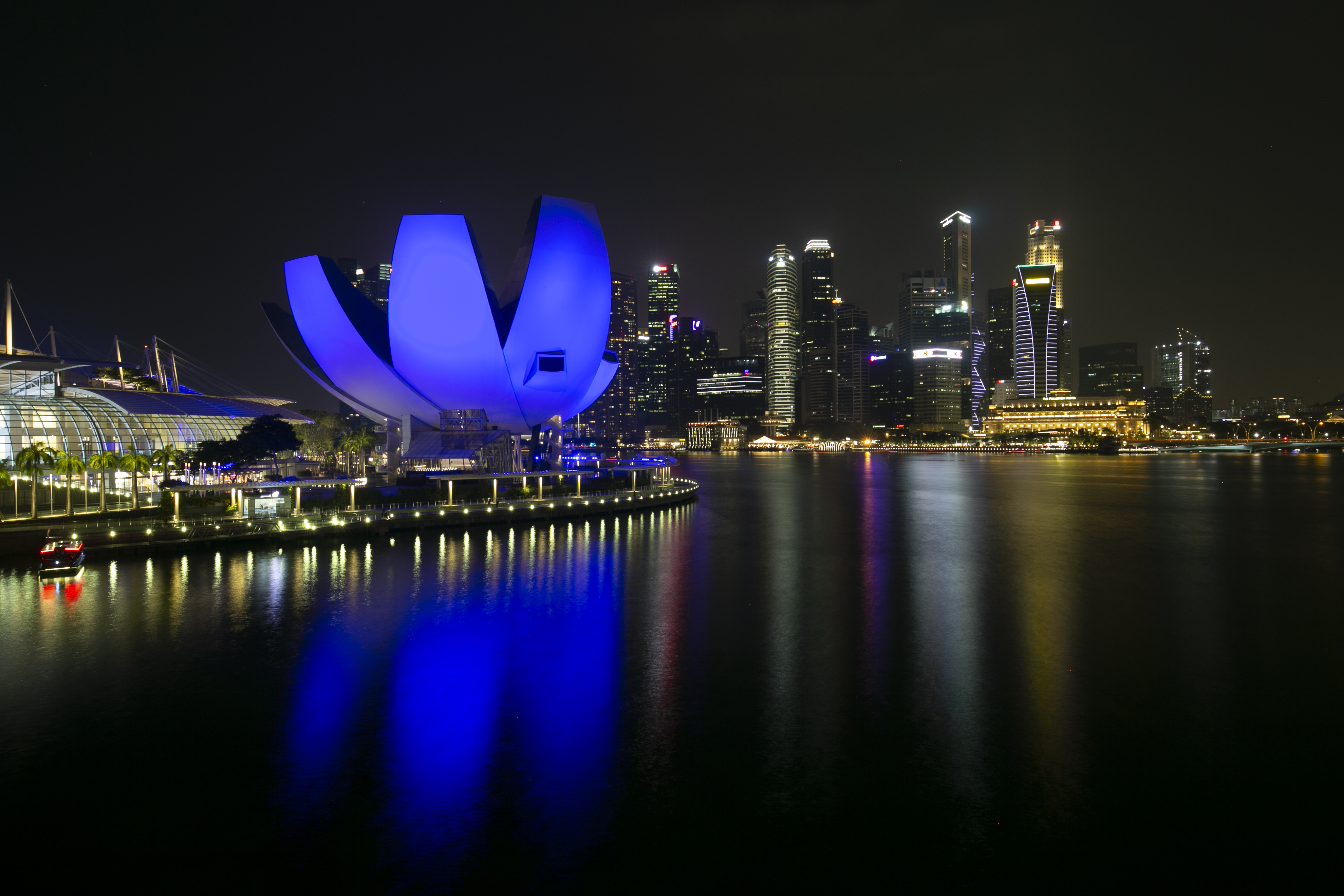 As part of Earth Hour 2019, Singapore’s skyline went dim for one hour on Saturday evening, 30th March from 8.30pm, as downtown landmarks such as Marina Bay Sands, Helix Bridge, Esplanade and Singapore Flyer joined various businesses and schools across the island in switching off their lights for Earth Hour.

Organised by the World Wide Fund for Nature (WWF), this year’s Singapore edition of the global environmental movement was aimed at highlighting the impact of sustainable lifestyle choices on nature. Taking the form of a three-day festival, Earth Hour 2019 was entirely built and run on principles of reusability, a first for major events in Singapore, showcasing to thousands of expected attendees how large events can move away from a typical use-and-throw model, while also featuring power-packed performances by local artists such as Tabitha Nauser and Sezairi Sezali.

Physical structures and operations at the event aimed to reduce and reuse resources, ensuring products can be used for a longer period of time and minimising waste. According to figures by the National Environment Agency, Singapore generated over 800 million tonnes of plastic waste in 2017, of which 6% was recycled. 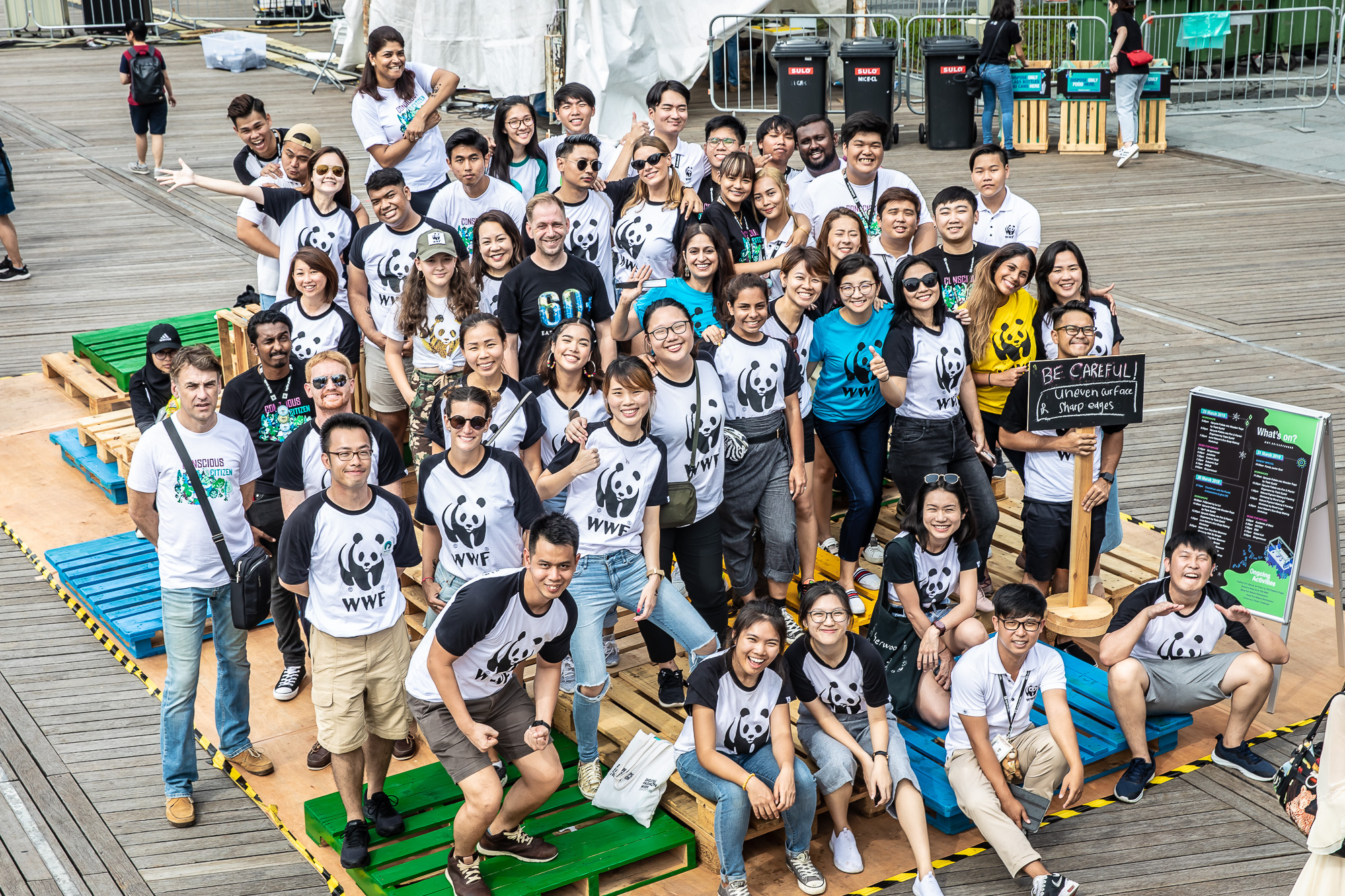 The event brought together 40,000 people in a joint effort to promote sustainable lifestyles, with measures put in place to reduce disposables, saving festival-goers thousands of plastic bottles and single-use items. The three-day Earth Hour Festival For Nature was built entirely on principles of reusability, resulting in 3,500 plastic bottles saved with the use of water stations, and 10,000 reusable plates and bowls replacing single-use, disposable items. Food waste was collected for composting, and materials used in the physical set up will be reused. With the planet facing a biodiversity crisis caused by over-production and consumption of resources, Earth Hour invited people in Singapore to be part of a bigger global conversation about the role they play in restoring nature. WWF Panda Ambassador Liv Lo, as well as Earth hour Ambassadors Charmaine Yee, Paul Foster and Preetipls lent their voices to the movement, while activities and marketplaces encouraged festival goers to become conscious citizens.

Commenting on this year’s Earth Hour, WWF campaigns managers Lotika Mehta spoke of the change in landscape, with more members of the public now more aware of the ned to go green and more receptive to change, going by the many positive experiences they’ve had. It’s the small things that matter, she says, as we aim for zero waste, structure-recycled palettes, and repurpose items to be used over and over again, with even cutlery able to be reused. For Lotika, the message to go green goes far beyond simply turning the lights out, and she believes that this is definitely not impossible, and certainly not as difficult as before.

Commenting on Earth Hour, Kim Stengert, Chief of Strategic Communications and External Relations at WWF-Singapore spoke about how with Earth Hour now in its 12th year, the campaign has now expanded to grow to close to200 countries, allowing the campaign to demand more change than ever before. She says: “The world has lost 60% of biodiversity, bringing us to a turning point where we either act to restore nature, or risk losing our crucial resources. With 40,000 people going zero waste, Earth Hour has shown that change is possible. If people in Singapore can take the movement beyond the festival and into their daily lives, imagine what this could do for some of the world’s biggest environmental challenges.”

Earth Hour took place around the globe on 30th March 2019, across 188 countries.The hashtags, #EarthHour and #Connect2Earth, trended in 26 countries and generated over 2 billion impressions.