Review: Orpheus In The Underworld by New Opera Singapore [29/7/16]

Opera has always been a bit of a divisive art form for me. Too often, I see it as something less accessible, and reserved for the most elite of audiences. New Opera Singapore has proved me wrong with this production of Orpheus In The Underworld, and I’m glad I got the chance to catch it.

New Opera Singapore celebrated its 5th anniversary with another stellar performance at the refurbished Victoria Theatre. Founded by Korean soprano and singing teacher Jeong Ae Ree, the capable troupe presents the classic Greek tale of Orpheus and Euridice, translated by Jeremy Sams, with music written by Jacques Offenbach. Orpheus In The Underworld is no ordinary retelling of the myth however, and instead subverts it entirely, peppering the performance with sexual innuendo, murderous plots and naughty inebriated gods.

The audience is immediately alerted to the fact that this is not a straight up representation of the Orpheus myth the moment the performance began with a synopsis, narrated by the god of wine Bacchus (Kyongsu Han). Bacchus adds in his/her own interpretation of the myth, rife with euphemisms about Orpheus’ ‘instrument’ and insinuating that Euridice enjoyed the snake ‘filling her with its venom’, before leaping away, allowing the opretta to begin proper.

Orpheus’ live orchestra wonderfully accompanied the opera. Conducted by Chan Wei Shing, They open with an introduction to our protagonist Euridice (an impeccable Teng Xiang Ting), trilling a song that establishes her version of Euridice as a merry cheater who hates Orpheus (Jonathan Charles Tay), who plays awful and depressing violin music and similarly, hates Euridice and cheats oher. Orpheus’ violin music, although meant to be terrible, is of course, played out in sombre tunes from the violin solo, who bring out a sense of aural suffering in their playing, although not actually unpleasant to the ears. Euridice’s lover is a shepherd, who is really the suave and dashing sunglasses-wearing Pluto (David Charles Tay), God of the Underworld in disguise. To further complicate matters, Pluto plots with Orpheus to have Euridice killed such that she may live in the underworld with him forever.

Euridice’s melodramatic death plays out when she is tricked into a deathtrap, caused by a campy  Kyongsu Han, who contorts her body as if possessed, springing from the ground and causing Euridice’s doom, who in turn shudders and lets out a bit of a shocked gasp, to the tune of sharp, raised notes from the orchestra.In the afterlife however, Euridice’s only response to this is that it wasn’t as epic as she expected, breaking into song where she questions Pluto on the smallness of the death (a play on the French la petite mort, or little death, referring to an orgasm, and also on the size of Pluto’s member). She is then whisked to the underworld quickly, and Orpheus is pleased, but quickly stopped by the unexpected appearance of Public Opinion (a smartly dressed Melisa Serluco) who explains, not unlike certain government bodies, that she is here to regulate and ensure that rogue artists do not simply do as they please, and that the story goes according to ‘how it should’, portraying Orpheus’ trip to the underworld as forced via blackmail, and not of his own free will.

The scene then shifts to Mount Olympus, where the gods sleep to a lullaby-like tune, with backing vocals by the ensemble of younger performers in white leotards, and attempts to arise the gods from their slumber are futile. The gods are led by a camp, effeminate Jupiter (Leslie Tay, who commits completely and entirely to his character), dressed to the nines in hot pink pants and a patterned bra top. The rest of the pantheon are similarly corrupt and flawed, almost circus-like in their portrayals, from the lustful Diana (an over the top Moira Loh), singing a frantic song of desire for her lost love Actaeon, to the mischievous Cupid (Victoria Songwei Li, who only got to show a fraction of what seems to be a great well of vocal talent and control). Pluto’s activities and absence from Olympus cause bickering within the pantheon to quickly ensue, and lead to a family outing to hell to retrieve Euridice. There are some truly entertaining moments here, particularly an entire fast paced song where the family taunts and physically abuses Jupiter in a cresecendo, while calling him out for his past ‘treacherous and lecherous’ misdeeds, all of which are based on actual Greek mythology, questioning the legitimacy of the gods’ authority.

In addition to the fantastic show of vocal talent here, there were also some interesting set pieces and direction. As Act 2 begins, we are first introduced to the underworld, and see a pole dancer skillfully maneuveuring her way up and down a long pole like an elegant snake, and added a sense of beautiful unease to the underworld: tempting and precarious at the same time. Other members of hell include John Styx (a well cast and very humorous Keane Ong), a former king reduced to Pluto’s inept and constantly inebriated henchman in the afterlife, lumbering after and lustful for Euridice, who struggles to fend off his advances and unorthodox flirting methods (which includes flashing her a heart tattooed over his nipple) Jupiter attempts to save Euridice, but not before transforming into a fly (with extremely phallic headgear) to sneak through her locked cell. What follows is an impressive love duet from Jupiter and Euridice, culminating in the former ‘buzzing’ her to the point where she lets out a climactic buzz in response, showcasing their vocal control by repeatedly singing the ‘bzzt’ in various keys, complete with crescendo to fever pitch and orgasm from Euridice.

The scene then shifts to that of a depraved party (with a giant phallic balloon structure in the background), where Jupiter fails to sneak Euridice out. None of this actually matters of course, and the party starts up again and leads to a wild mass dance to the infamous ‘infernal galop’, the music of which is now associated with can-can dancers. Together with the Olympus scene, the choreography is exceptionally tight here, and the cast and music are so frenetic and energetic that the audience cannot help but similarly feel uplifted by the mad dance. The infernal galop is played at an increasingly frenetic pace, speeding up and steadily getting louder, mimicking the energy and increasing madness with which the cast dances. This is of course helped by the well rehearsed chorus members, whose presence added volume and the illusion of depth and raucousness to the party.

All parties must come to an end, and the galop is halted upon Orpheus’s arrival. When he (half-heartedly) attempts to bring Euridice back, she fights back, trying all ways and means of getting him to look back at her, and when he finally does (with a little bolt of help from Jupiter), Public Opinion loses, the entire cast is overjoyed again, and they lapse back into the galop, ending off the night.

As a kind of comic opera, Orpheus In The Underworld excels at satirising and parodying the Orpheus myth. From the very start, the opera aims to tear down the lofty ideals of the myth, such as the lengths one would go to for love, instead framing it as a result of blackmail and obligation. Each and every character shows less than exemplary behaviour, and their childish and myopic goals are almost expressions of pure id and chaos at work, leading to much of the humour. Far from just addressing domestic family issues however, the operetta raises questions about authorial legitimacy and the applicability of fictional depictions of love in real life. Granted, these are taken to comic (and campy) extremes, but all while remaining understandable and very entertaining at the same time.

Audience members unfamiliar with Greek mythology may miss certain cues and references, such as the quick-tempered god of war Mars (Lim Jing Jie) as the PSP wielding bratty younger brother of Diana, and their sibling rivalry, leading to an unexpected fight in the second act. But no knowledge of the gods is really necessary to fully enjoy this piece, which also attempts to reach out to a wider audience base with its liberal use of Singlish and Singaporean references. If anything, New Opera Singapore has convinced me that opera can be accessible while remaining a class act, and has opened my eyes to the possibilities that the art form offers. A pity there is only one show remaining, as this truly is something we believe many people would be able to appreciate and act as a good lead in to the world of opera. 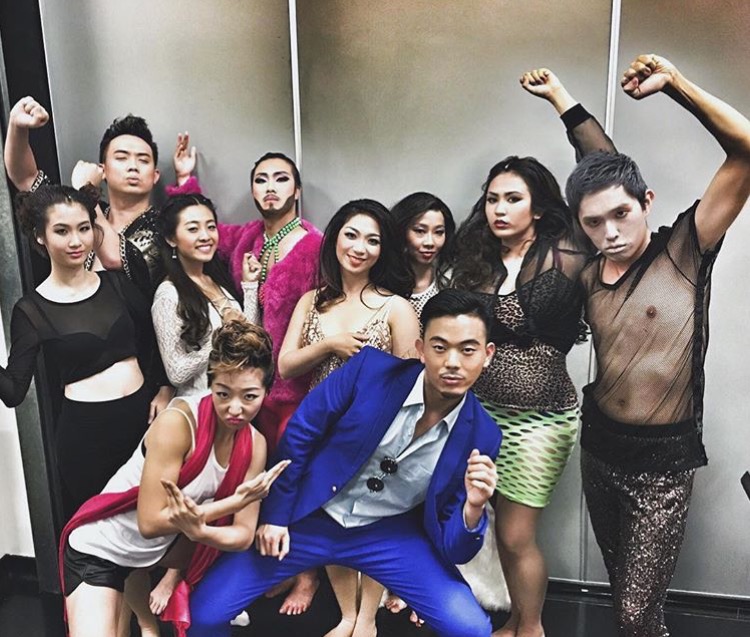 Orpheus In The Underworld plays at 7.30pm on Sunday, 31 July at Victoria Theatre. Tickets available from SISTIC