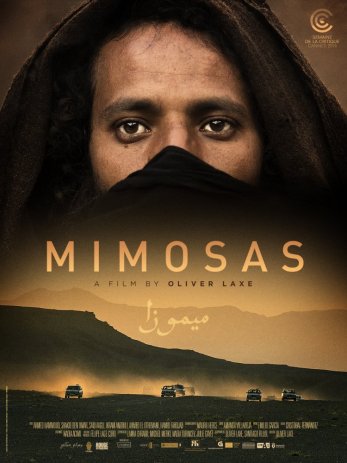 Mimosas is a strange piece of cinema, disorienting in both its presentation of the sprawling, awe-inspiring landscape and the various settings it introduces us to. Perhaps this is appropriate, given that French-Spanish director Oliver Laxe based it on his travels with actor Saïd Aagli in the Atlas mountains.

The film is split into three parts, titled after different elements in Islam prayer, although the distinction and relation isn’t made completely apparent to us. The plot loosely follows madman/spiritually touched Shakib, who is sent on a journey to accompany a group of travelers and a Sheikh. From there, what starts off as a promising exploration into spirituality and religion quickly spirals into an uncertain journey traipsing around the mountains with no direction, literally following the travelers’ diegetic trajectory.

For Mimosas, it is the gorgeous landscape shots that take centrestage, not the characters, who are difficult to like and whose motives are ultimately lost to the confusing bickering that arises amongst themselves. The travelers trek their way through both sand and snow, mere ants as the camera shoots them from above. The film is also decidedly atemporal, jumping between semi-modern towns where taxis are the main mode of transport and the rather ancient seeming pilgrims on horseback, adding to the already confusing plot. Later additions to the caravan and horseback, a girl and her father, are not fully explained either, and they exist only as temporary companions and talking heads, but not much more.