Rent has been a staple Broadway classic for years, featuring some of the most iconic songs in musical theatre history and making waves when it premiered in 1997, striking a chord with the disenfranchised artists of New York and the high cost of living. 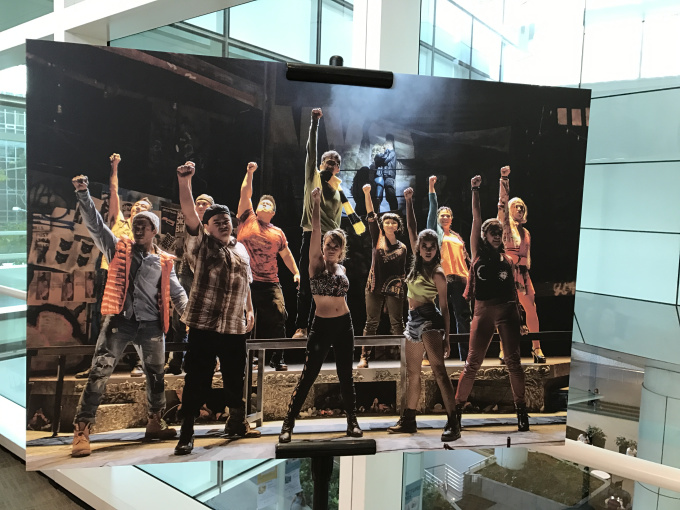 Last performed here in 2001 by the Singapore Repertory Theatre, Pangdemonium! has brought finally brought Rent back, 15 years later to a brand new audience and all new cast. Rent follows a group of self-proclaimed bohemians in New York, all struggling to make a living and get by and the relationships they have with reach other in the peak of the AIDs crisis. The 17- member cast is extremely capable, with a strong set of musically trained theatre stalwarts. Rent’s main characters consist of a ragtag bunch of artists, namely filmmaker Mark (Benjamin Chow), his musician roommate Roger (Cameron McDonald), Roger’s girlfriend erotic dancer Mimi (Tabitha Nauser), tech prodigy Collins (Juan Jackson), fabulous drag queen Angel (Aaron Khaled), club dancer Maureen (Mina Kaye), her girlfriend and human rights lawyer Joanne (Frances Lee) and landlord Benny (Mitchell Lagos), the sellout of the group and only ‘non-artist’.

The set took many man hours and expert planning by set designer, Eucien Chia. The drama centre stage was transformed into  a realistically rendered backdrop of a grungy, 90s New York. That set the tone for the rest of the performance!

Tracie Pang’s direction is very sharp and observant, showcasing the very best aspects of the cast, allowing them to shine in almost every scene they appear in and revealing the multiple layers of each character. Matched up with choreographer Andy Benjamin Cai’s well conceived choreography, Rent is yet another dreamteam production from Pangdemonium. Look out for the show stopping performance of ‘La Vie Boheme’, featuring impressive choreography involving the entire main cast dancing on tabletops. Their high energy was infectious and had the whole audience tapping along, making for a fantastic end to the first act.

Top marks go to Tabitha Nauser for her performance, in particular, her passionate performance of ‘Another Day’, bringing out the raw emotion within the song, as well as ‘Without You’, her duet with Cameron McDonald. High praise also needs to be given to Mina Kaye, whose rendition of the technically advanced ‘Over The Moon’ had the audience in awe. ‘Over The Moon’ features some very difficult lyrics and note transitions, but Kaye performed it to perfection. For an idea of what it sounds like, here’s Idina Menzel’s version:

Kaye and Frances Lee also happen to share an electrifying chemistry onstage, making their version of ‘Take Me or Leave Me’ (one of my personal favourite songs off the soundtrack) sizzle with energy and emotion, and a definite highlight of the show.

Of course, the male cast members were also very talented, and in particular, the relationship between Angel and Collins was extremely believable. Aaron Khaled embodied the role of a drag queen with aplomb, and charmed his way into the audience’s hearts with his sincerity and confidence. As for Juan Jackson, just wow! He showcased his technical skills with a heartfelt and powerful rendition of ‘Goodbye Love’ made it easy to see why and how the (spoiler) death of Angel brought the characters closer once more.

And where is Adrian Pang in all of this, considering it’s a Pangdemonium production? Attempting to blend in with the ‘homeless’ ensemble, but no amount of rags can hide him from audience eyes. 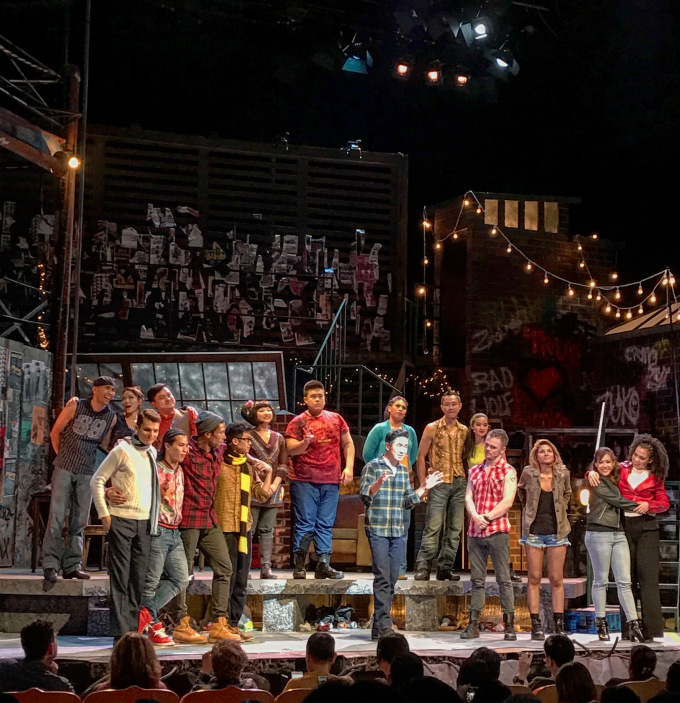 Rent is ultimately, a musical about endless hope and getting by even when circumstances seem determined to erase you. Yet, in spite of its rather bleak premise, it manages to balance these themes with an equal dose of wit and relatability in the songs and lines that hit so close to home.  In a world of uncertainty and fear, whether it’s the AIDs crisis or our modern day fears of terror, sometimes it’s all we can do to hold tight to each other and live out each day of our brief lives as best as we can. All in all, Rent was a great choice to end off this ‘season of love’ by Pangdemonium! With such an impressive range of shows under their belt this year, we’re more hyped than ever for their 2017 season, which if you haven’t gotten a season ticket for yet, we highly recommend you to.

Rent plays at the Drama Centre till 23 October. Tickets available from SISTIC.