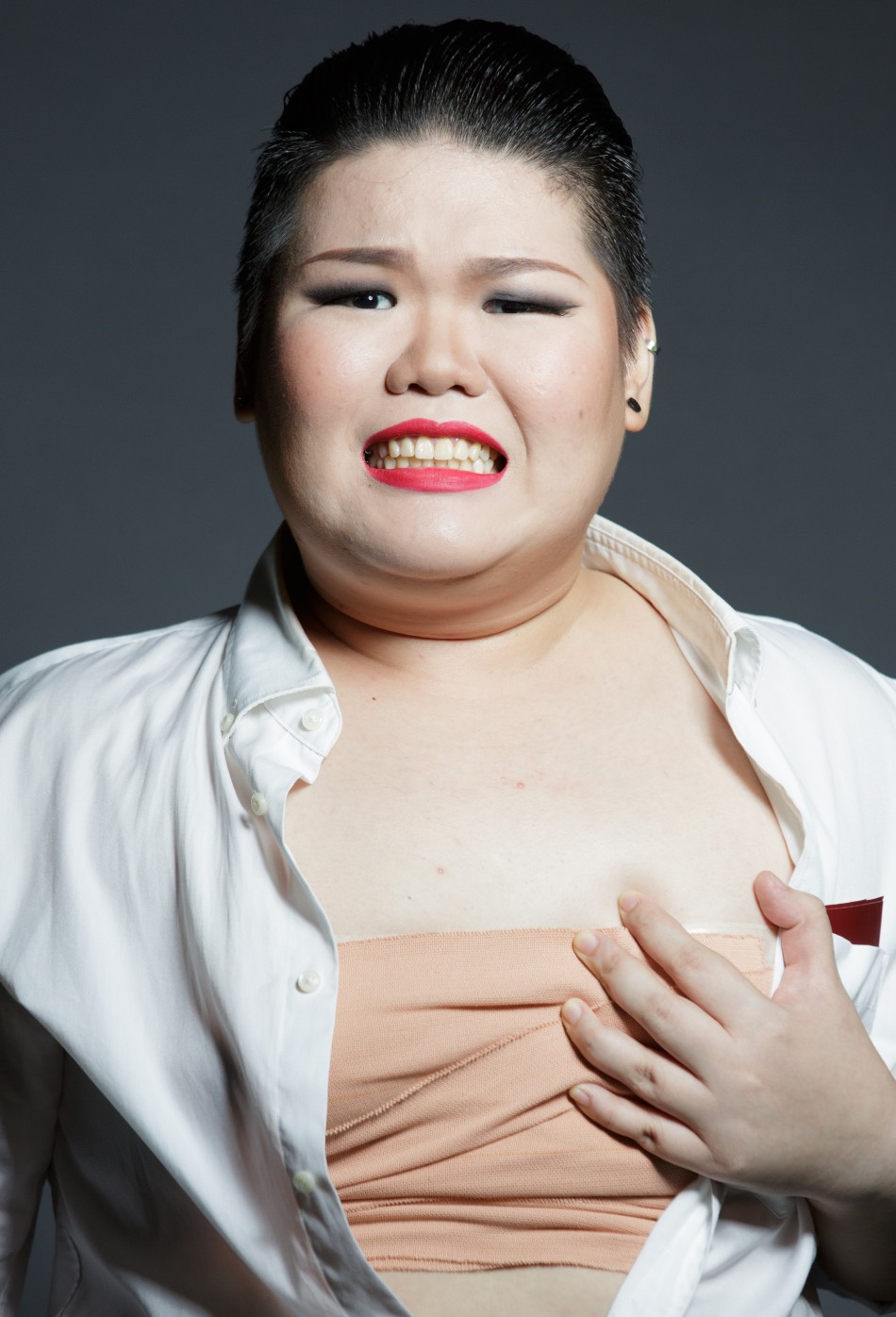 Pretty Butch is a title that’s confusing at first – is it saying it’s a show about butches who’re pretty? Or a particularly ravishing short haired, ‘mannish’ woman? And can a butch be considered ‘pretty’, if society has already deemed the word ‘butch’ to exclude being pretty?

In fact, in attempting to interpret its very title, director and playwright Tan Liting’s Pretty Butch is already making us think twice about how we look at things, in particular, gender stereotypes and identity. Whether butch or femme, straight or queer, all girls want to be pretty! The play follows five characters grappling with their bodies and identities, and how society has chosen to nitpick and criticise them for it, leading to a lifetime of internal struggles and coping mechanisms.

The play started off with the cast almost completely naked, dressed only in their undergarments. In a sense, they were blank slates, their plain bodies bared for all to see, without voice or other factors that would cause us to assign a character to. The actors then began wandering around the space trying on different clothes, attempting to resolve their perceived identity with clothes to match, before finally settling on an outfit, checking themselves out in imaginary mirrors for reassurance that they had made the ‘right’ choice.

From here, the play shifted between three different storylines. Deonn Yang played the titular ‘pretty butch’, who at the same time, was confused about her gender and sexual identity. As a woman in possession of a large frame and cropped hair, she struggles to name an identity for herself, before finally bravely deciding to come to terms with her ‘butch-ness’, an ‘alternative’ identity that society continues to leave on the fringe, unaccepted by the mainstream. Deonn is a strong actress, and was more than capable of showing an uncertain young woman’s metamorphosis into a confident, proud, beautiful butch, a performance that strangely enough, was full of grace and poise, words one doesn’t usually associate with ‘butch’.

Pretty Butch isn’t just about alternative femininity though, and discusses the oft overlooked issues of masculinity as well. Henrik Cheng played a man with a hormone imbalance, resulting in a permanent excess of baby fat on his chest, emasculating him and diminishing his confidence. Although he hides them to preserve his masculinity, he’s forced into ‘coming out’ when his friend (Fadhil Daud) comes across his secret. Henrik finds it difficult at first to talk to Fadhil about his ‘situation’, even becoming so embarassed he leaves the room. To make matters worse, Fadhil has a normal, fit body, and from time to time, Henrik catches himself staring at Fadhil a little too long, envious, leading to the playful but harmful response “You gay ah?”

Henrik, in describing the very real stigma of his body and the daily struggle of accepting and maintaining it, was truly an often unspoken take on how men are expected to behave in society. It takes a lot of bravery to bare one’s darkest secrets, and Henrik managed to bring across that fear and vulnerability, adding a layer of depth to his performance. By talking to Fadhil about his problems, it went a long way in going against society’s notion that the ideal man bottles up his emotions for fear that showing them and sharing his problems with another man is ‘soft’, and the audience responded with both laughter at the real but strangely humourous facts, and shared moments of deep reflection when the more serious issues were discussed.

In the third story, Farah Ong and Shannen Tan played a lesbian couple with their own child. Despite trying to live as a ‘normal’ couple, society attempts to thwart them at every turn, finding fault and misconception everywhere, such as asking who is the butch or femme in the relationship, or being mistaken for a man in the ladies toilets. The true value of this segment then, is showing how the most important thing of all that helped them get through the daily struggle was the strength they found in each other. Even in spite of the difficult circumstances, with the emotional support, the two are able to triumph over haters. With their convincing portrayal as a queer couple in love and doting mothers, their story left the biggest impression on me, and really allowed me to sympathise with their plight and listen to their sincere performance.

Tan Liting handles her material well, having thoroughly researched her topic and crafting a play that will strike a chord with almost anyone in the audience, while communicating oft unspoken issues in society. Gender isn’t so much the false dichotomy of masculine and feminine, but more a spectrum that any sex can choose to take on as they so please. Before the play ended, the cast stripped down once again, returning to the state they were at the start, malleable and yet to make an impression. Gender, after all, is merely a performance, and as a society, we should learn to be more accepting and offer more support to keep a difficult situation from being even tougher, and share in the fact that underneath our skin, we’re all just a part of the human race.

Pretty Butch is sold out.