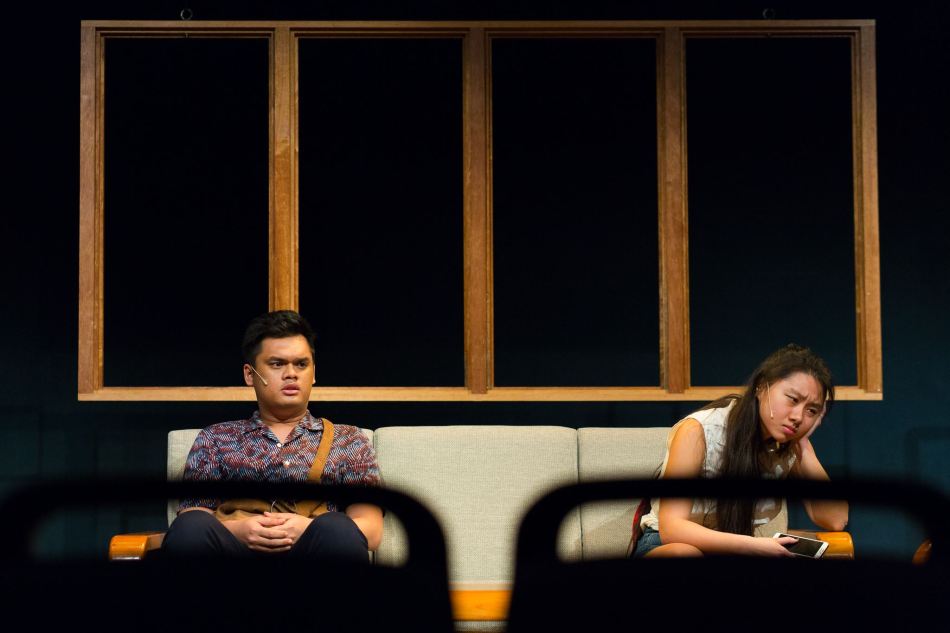 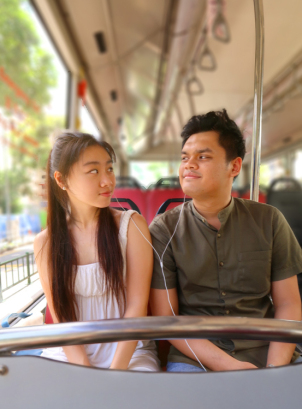 Sim Yan Ying’s Without Reason has a simple premise: boy meets girl, they fall in love, and start a relationship. But there’s a twist. Without Reason is an honest look at the difficulty of maintaining an interracial relationship in Singapore, and Sim Yan Ying has crafted an accessible play that encourages audiences to see that falling in love should be as easy as finding common ground with each other instead of constantly seeing the differences. 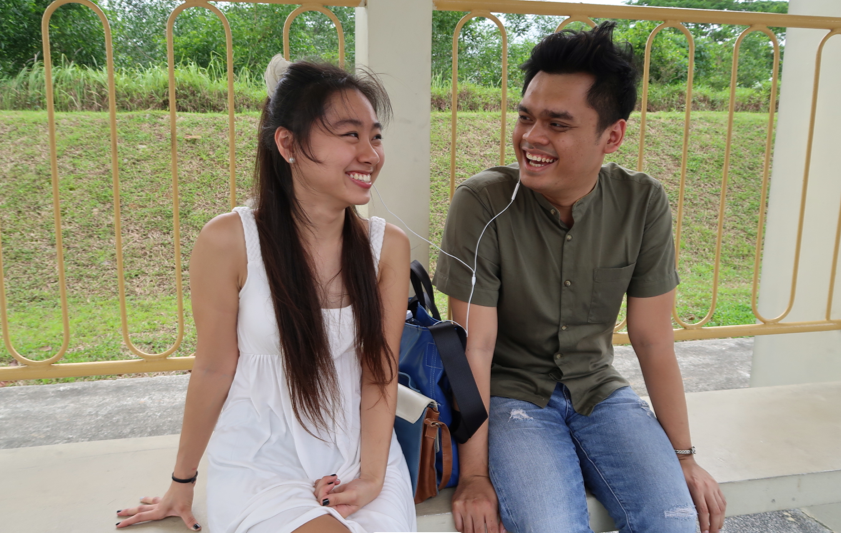 In Without Reason, we’re introduced to Wei Yi (Cheryl Tan), a bright young Hwa Chong Institution alumnus. Wei Yi comes from a typical Chinese family, an only child living with her parents (Rei Poh and Tan Wan Sze) and waiting to start studying Medicine at Cambridge. On the other hand, Hazmy (Hafidz Abdul Rahman) is a Malay boy who’s just finished his studies at Singapore Polytechnic. Hazmy comes from a typical Malay family, with a trouble-prone younger brother (Fadhil Daud) and his parents (Noor Effendy Ibrahim and Dalifah Shahril). Wei Yi hangs out with her girlfriends (Shermin Ong and Jelaine Ng Sha-Men) and talks about boys, life and the future with them. Hazmy hangs out at the void deck with his friends (Jaisilan Sathiasilan and Izzul Irfan), and they’re happy just joking around with each other and chilling. The two of them would never have met if not for one fateful bus ride, and as they fall in love, their worlds will clash.

Without Reason is an important play in Singapore’s theatre canon, daring to raise questions about the viability of and challenges to the survivability of an interracial relationship in our judgmental island home. For the most part, it succeeds at getting the point across, as Wei Yi and Hazmy face opposition on all sides. When Wei Yi asks her friends if she could bring Hazmy to a party, they were unwilling, exasperatedly lamenting the difficulty of having to change her entire menu to a halal one just to accommodate him. Hazmy’s friends play up his insecurities – the usually amiable jokester Izwan (a stellar, committed performance from Izzul Irfan) questions if Hazmy is good enough for the Cambridge-bound Wei Yi, highlighting their inherent class divide, in addition to their already burgeoning racial and religious differences. 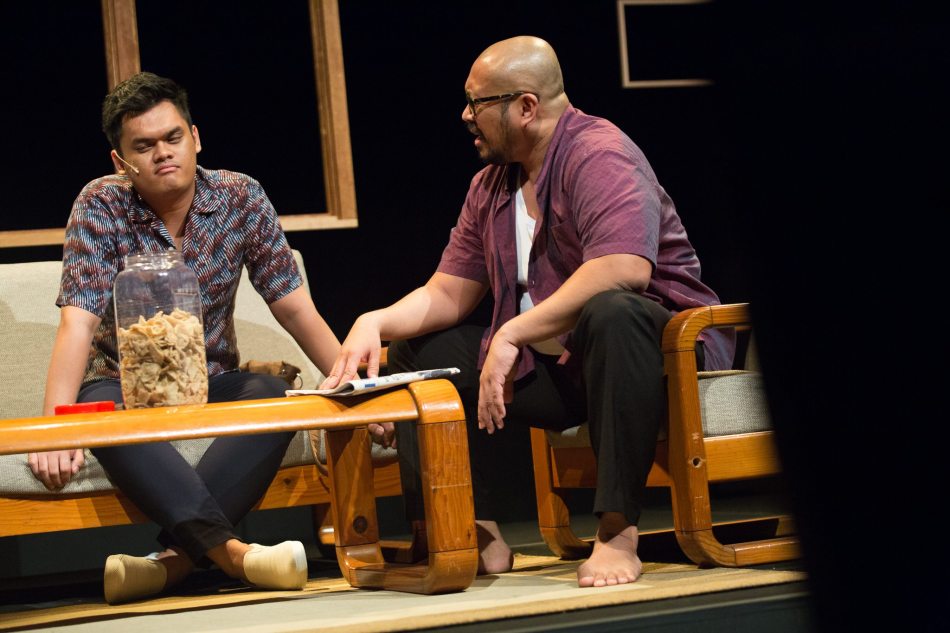 And that’s just their friends. In each of their families, their parents berate them with  presumptuous stereotypes as well. Lines and baseless assumptions such as “You Dont know? THEY only work four days a week and slack off the rest of the time?” and “Are you sure she’ll convert to Islam? You know these Chinese girls…and the clothes they wear” came from both sides, to shock and gasps from the audience. Yan Ying’s bold script does not hold back from showing the ugly side of Singaporeans lying just beneath the surface of our supposedly racially and religiously harmonious country. There’s a conversational quality to her script that’s relatable and could well have been extracted from an actual talk in real life. This was also buoyed by each family’s realistic portrayal of their familiar family dynamics, and Yan Ying has done good research to write each of them as a believable family, even having each of them express their ‘willingness’ to hear their respective son and daughter out, when in reality, they’re better off not saying anything at all. No matter what experiences we’ve gone through, we’ve seen this people in real life before: a mother more understanding than a father (Hazmy’s family), and stubborn, traditional parents determined to get their way (Wei Yi’s family), who refuse to see reason unless presented with a completely sound argument (according to their logic) and a means of benefitting in the long term. 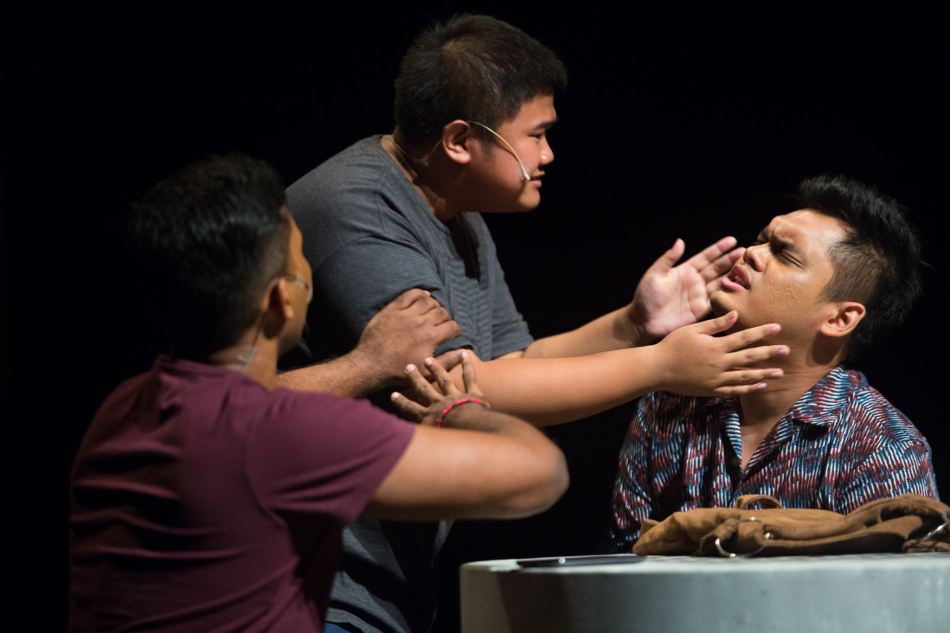 Hydhir Ramli’s set design was well thought out and integral to bringing out the play’s themes. The stage was separated into three ‘layers’, starting with two bus seats at the front, where scenes between Wei Yi and Hazmy played out and their romance blossoms. The remaining two ‘layers’ consisted of domains belonging to their friends and family. In a sense, one could think of the bus seats as representing their relationship itself, while the next two layers represented how behind it all, their friends and family would be consistently criticizing them, pulling them further and further apart as they nag and condemn them from opposite sides of the stage. The ‘family layer’ in particular was significant in its design. More or less similar in appearance, they acted as the location where each protagonist’s respective family would complain and reveal their preconceived notions about the other, yet for all their criticism, their similarities in domestic spaces revealed that they might in fact share more similarities than differences. Finally, a couch between the two living rooms was the shared site of scenes from both families, at times simultaneously. Though they never interact, perhaps the presence of the shared couch further suggests that there is only an imaginary wall that separates the two, if only they’d look past the stereotypes in their mind. 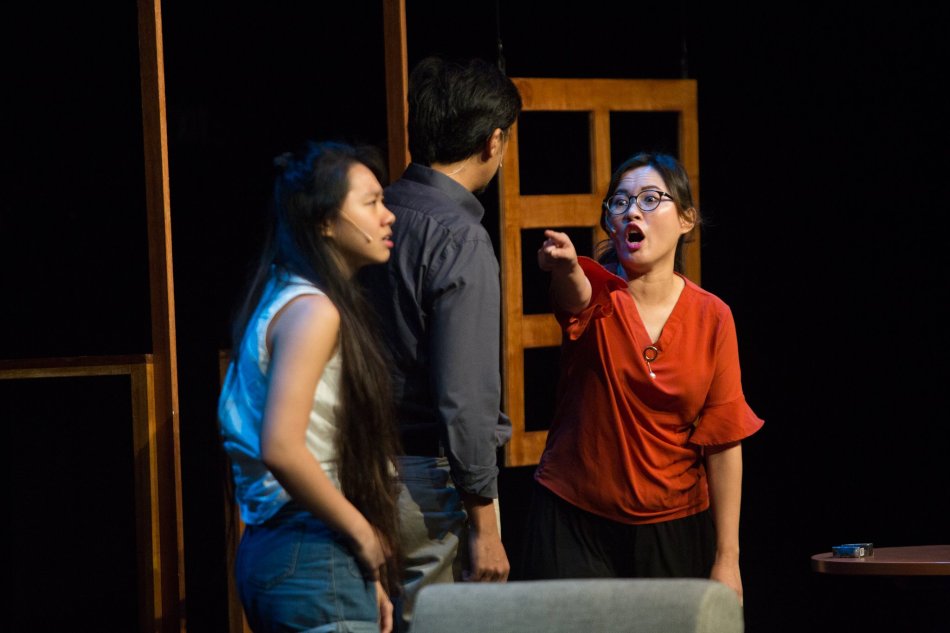 One wishes that the onstage chemistry between Wei Yi and Hazmy was a little stronger, given that the believability of their relationship was central to the play success and one that we should have been rooting for and fully invested in throughout. Nonetheless, Yan Ying’s script and Adib Kosnan’s direction adequately expresses the difficulty in maintaining such a relationship and the increasing inevitability of an eventual breakup. For Peer Pleasure, Without Reason is a crucial, daring play that highlights these often overlooked issues that too many simply ignore or smooth over with the guise of ‘I’m not racist, but…’ statements. Without Reason ultimately spoke to its audience on a clear, understandable level, and hopefully, enlightened them on the long way we still have to go towards true racial harmony in Singapore.