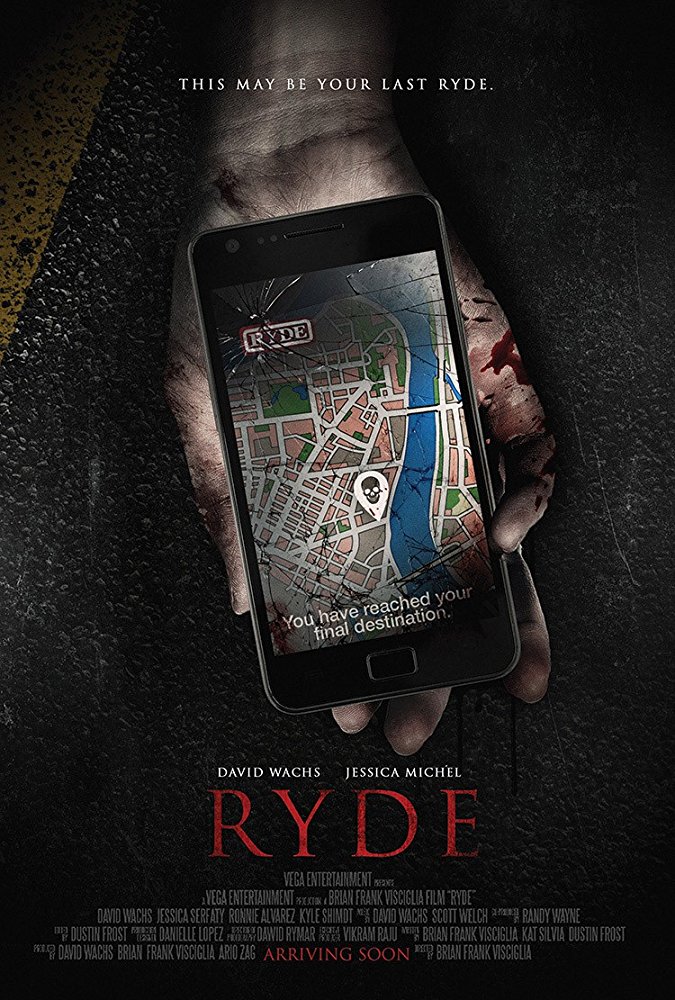 One of the strangest things about the 21st century is how comfortable we are simply calling for a ride in a stranger’s car through apps like Uber. After all, our parents always told us never to talk to strangers, let alone get into their cars.
Which is why Ryde has such an interesting, believable premise for a horror/thriller film. What if your driver turned out to be a creepy psycho-killer with a very warped sense of justice? Posing as a driver seems like the perfect cover to carry out gruesome murders, and you’ll easily get a steady stream of victims.

Unfortunately, despite the good premise, Ryde comes up far short of what its vision could potentially be. At the heart of Ryde is Paul (David Wachs), a man with a dead wife backstory that prompts him to start going on a murder spree, killing off people he deems insufferable, and going by the philosophy that killing gives him a sense of power. Killing off a ‘Ryde’ driver (a cheap looking copy of Uber mixed with Tinder), he uses his identity to pick off victims one by one, from a group of party girls neglecting their drunk friend to a loud man who hijacks another woman’s ride, shoving money in Paul’s face.
It’s hard to place where exactly the fault begins in Ryde. The dialogue in Ryde is awkward, and often either veers into pretentious faux philosophy or simply burdened with too much explanation. It doesn’t bode well for the film when the audience member feels like their intelligence is being challenged when characters in the film literally have to explain step-by-step how a taxi-app works. Naturally then, the acting isn’t much better, with very little to work with, and comes off as boring. 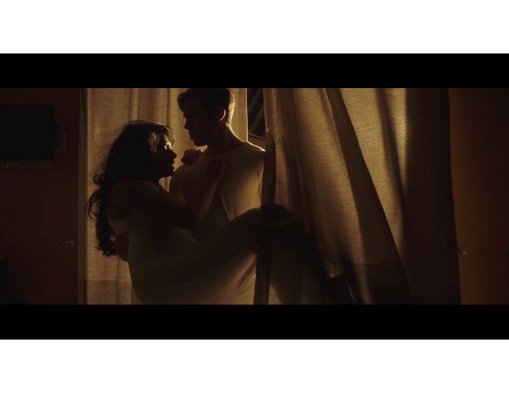 Even then, a bad script can be saved by good editing and directorship. Not so much in Ryde, where scene transitions often feel amateur and messy. The pacing always feels like it drags on a little too long to sustain our interest, and there is very little reason why we should even care about the deaths of any of these characters, even its very own one dimensional Final Girl, whose every action is scripted to give the impression that she’s a ‘good girl’, but really, comes off more forced than naturally endearing. The actual murders, while with plenty of blood, feel fake and overblown, where Paul punches his victims to death (without first putting on his brass knuckles) or the hits hardly even connect. Even the driving scenes feel false, and what is meant to be a climactic ending crash scene ends up falling flat from what appears to be a leisurely speed at which the car is moving in the first place.
It’s hard to take Ryde seriously, and it’s a pity that a good premise ended up with such a trainwreck of a film.
RYDE is available to watch on Digital Download From 21st August