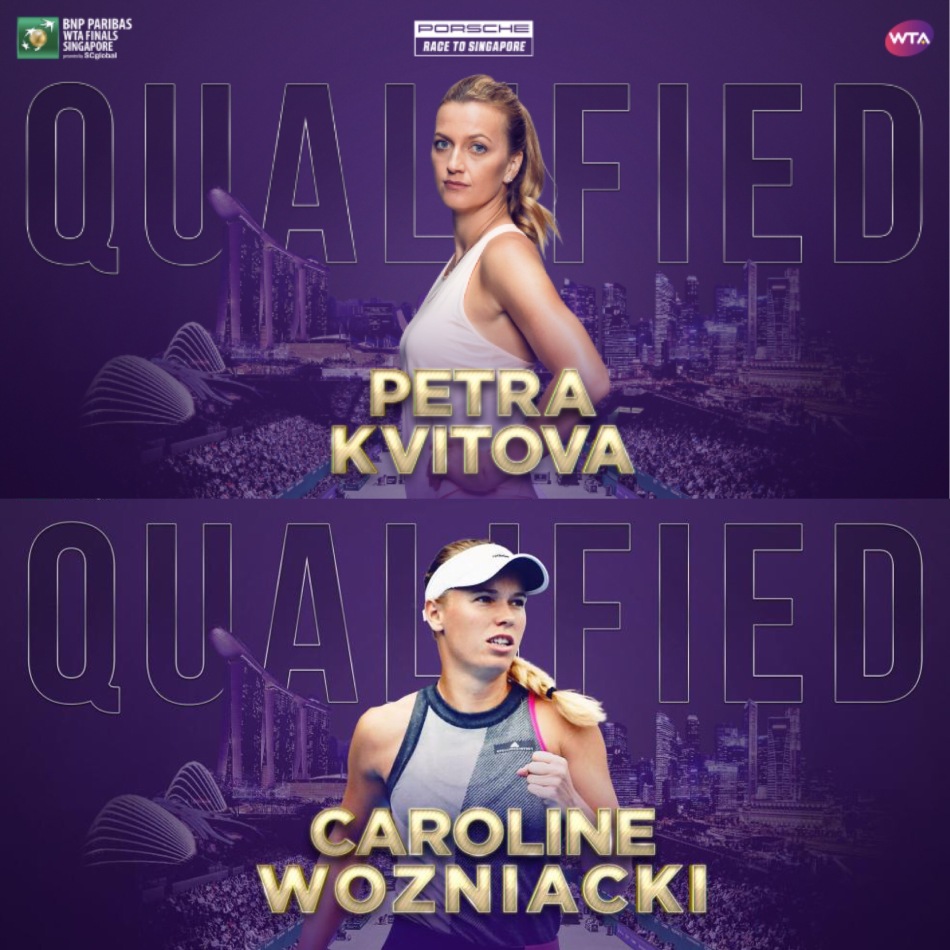 The Czech star has earned her sixth qualification at the WTA Finals, having previously made five consecutive showings from 2011-15. On her debut in 2011, she went 3-0 in the group stage and defeated Victoria Azarenka to lift the WTA Finals Billie Jean King Trophy. In her most recent appearance in 2015, Kvitova reached the championship match, falling to eventual champion Agnieszka Radwanska.

“It’s a huge honor to qualify for the WTA Finals again,” said Kvitova. “It will be my first time back there since I came back to tennis so it means a lot to me and has always been one of my big goals for the season. I can’t wait to visit Singapore again, especially in the tournament’s final year there.”

Wozniacki books her spot at the WTA Finals Singapore following a stellar year which saw the Dane capture her first Grand Slam title at the Australian Open, catapulting her back to the WTA World No.1 ranking for the first time in exactly six years. She also lifted the trophy at the Nature Valley International (Eastbourne) and reached the final at the season-opening ASB Classic (Auckland).

Earning her sixth WTA Finals qualification, Wozniacki returns as the defending champion in Singapore, where she defeated Venus Williams to lift the Billie Jean King Trophy in 2017. She is also a former finalist at the WTA Finals, having reached the championship match in 2010 when the tournament was held in Doha. Additionally, she has posted two semifinal results, on her debut in 2009 and in 2014.

“I’m very happy to qualify for the WTA Finals,” said Wozniacki. “Winning the WTA Finals last year was a huge accomplishment for me, and helped my confidence leading into this season. I look forward to coming back to Singapore to try and defend my title.”

Fans interested in watching more than one session will save 10% when they purchase either the All Singles Evening, Full Day, Final Weekend, or Season Passes. Corporate guests and tennis fans interested in the award-winning hospitality programme Racquet Club, the award-winning hospitality programme, can also enjoy huge savings when they purchase the Weekend or Full Week package and can email sg.hospitality@lagardere-se.com or +65 6826 2718, while individuals can purchase passes to the Racquet Club here.