Last Saturday, the National Stadium saw a reunion of some of football’s greatest as they faced each other off in the Battle of the Reds 2019. Kicking off at 7pm, the […]

Football Fever: Liverpool, Manchester and Singapore Reds All Ready To Go Head to Head At Battle of the Reds 2019

The battles draws nearer each day and the Liverpool, Manchester and Singapore Reds are gearing up for the Battle of the Reds taking place at the National Stadium this Saturday, […]

More names have been confirmed for the Battle of the Reds 2019 that will see the Liverpool, Manchester and Singapore Reds go head-to-head in an epic battle for victory on […] 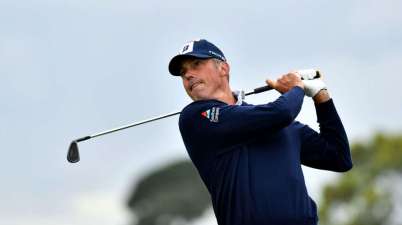 Next year’s SMBC Singapore Open is set to be one of the most memorable in its history as organizers confirmed today the participation of  England’s Justin Rose, Henrik Stenson from […]

Still considered the F1 after party to be at and be seen at, Amber Lounge Singapore returned this weekend for its 12th consecutive year, a constant for the F1 Singapore Night […]

In spite of years of rivalry and competition, Liverpool Red John Arne Riise and Manchester Red Ronny Johnsen were nothing short of smiles and banter at the Battle of the […]

The Battle of the Reds 2019 Commences This November with Liverpool, Manchester and Singapore

Masters Football Asia has announced the return of the Battle Of The Reds, featuring age-old rivals Liverpool Reds and Manchester Reds, together with our very own Singapore Reds. Taking place […]

Officially kicking off the Singapore Formula 1 weekend at Amber Lounge, Brit and MOBO award winner Ella Eyre is set to headline, together with Amber Lounge resident DJ Sigala, with […]

Following the success of its flagship training event #24Seven in 2018, PUMA Singapore returns with House of Hustle this October, offering a 3700 square metre space to bring team sports […]

With the Amber Lounge’s returns to Singapore this September, so will its annual Fashion Show, this time seeing international models and motorsport drivers showcase this season’s collection of VIP couturier […] 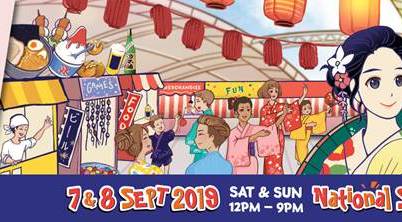 Get ready for the largest Natsu Matsuri event in Singapore, as the second edition of the Japan Summer Festival arrives at the National Stadium this September! Taking place over one […]

Fresh off the win for Best Sports Event (International) at the Singapore Sports Awards 2019, the FINA Swimming World Cup Singapore 2019 presented by Yakult returns to the OCBC Aquatic […]

Soak up the sun at the Singapore Sports Hub this 13 July 2019, from 10am to 8pm, during the inaugural summer-themed Sports Hub Community Play Day – Summer Sports Jam. […]

Action, adrenaline and euphoric parties the entire weekend, Amber Lounge was the place to be during the 77th Monaco Grand Prix. Last Friday saw the spectacular ‘Ice White’ themed Fashion Show at […]