The last WTA Finals to be held in Singapore kicked off with a stunning gala night last Friday at venue partners Marina Bay Sands. 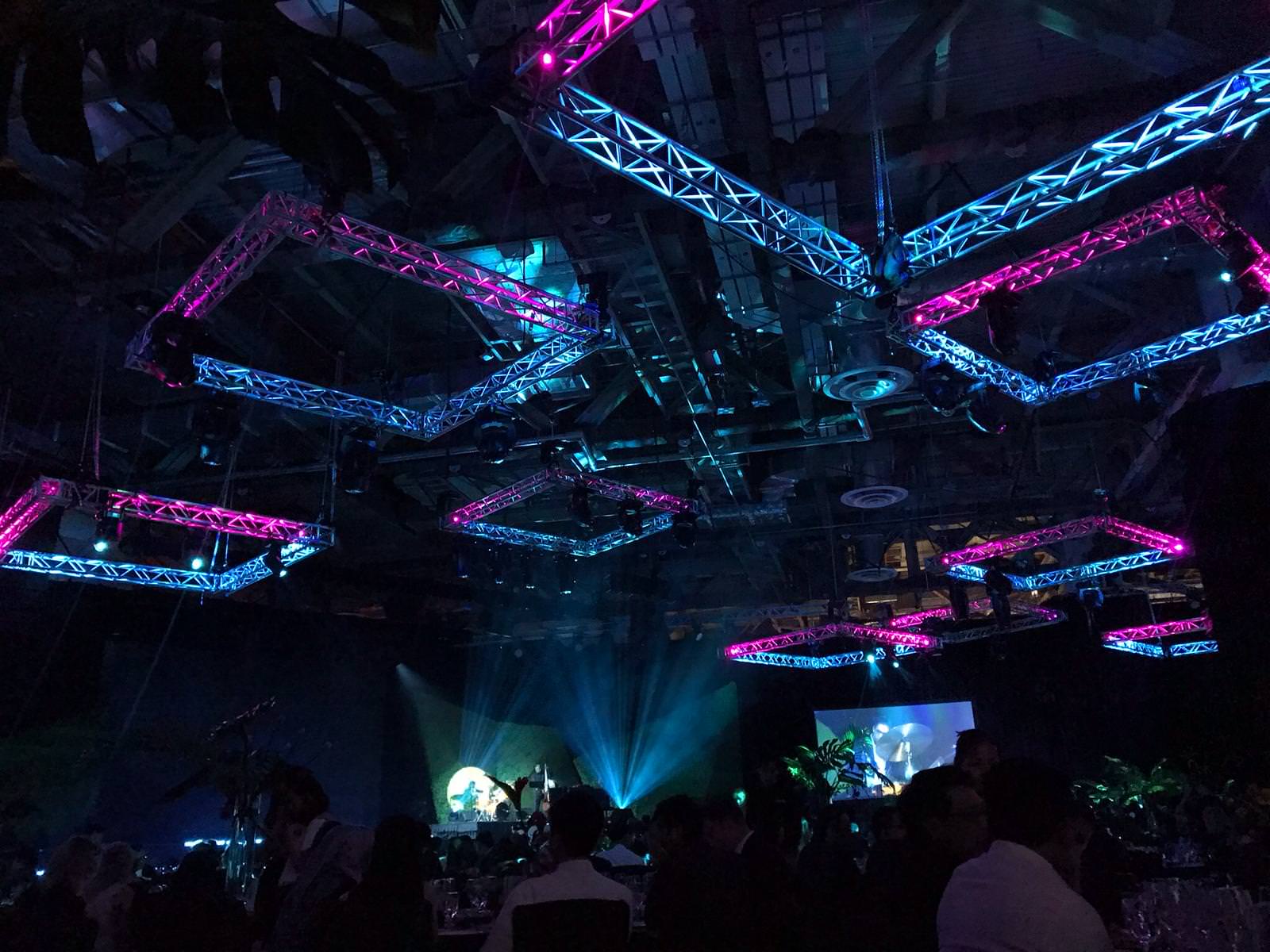 Taking on the theme Singapore Celebrates, the black tie Gala welcomed the eight finalists for the Singles matches, as well as celebrities and personalities from all walks of Singapore, featuring a three course dinner, plenty of glitz and entertainment from some of the best local acts today, and of course, the Singles Draw that would determine the matchups between the eight finalists in the matches to come. 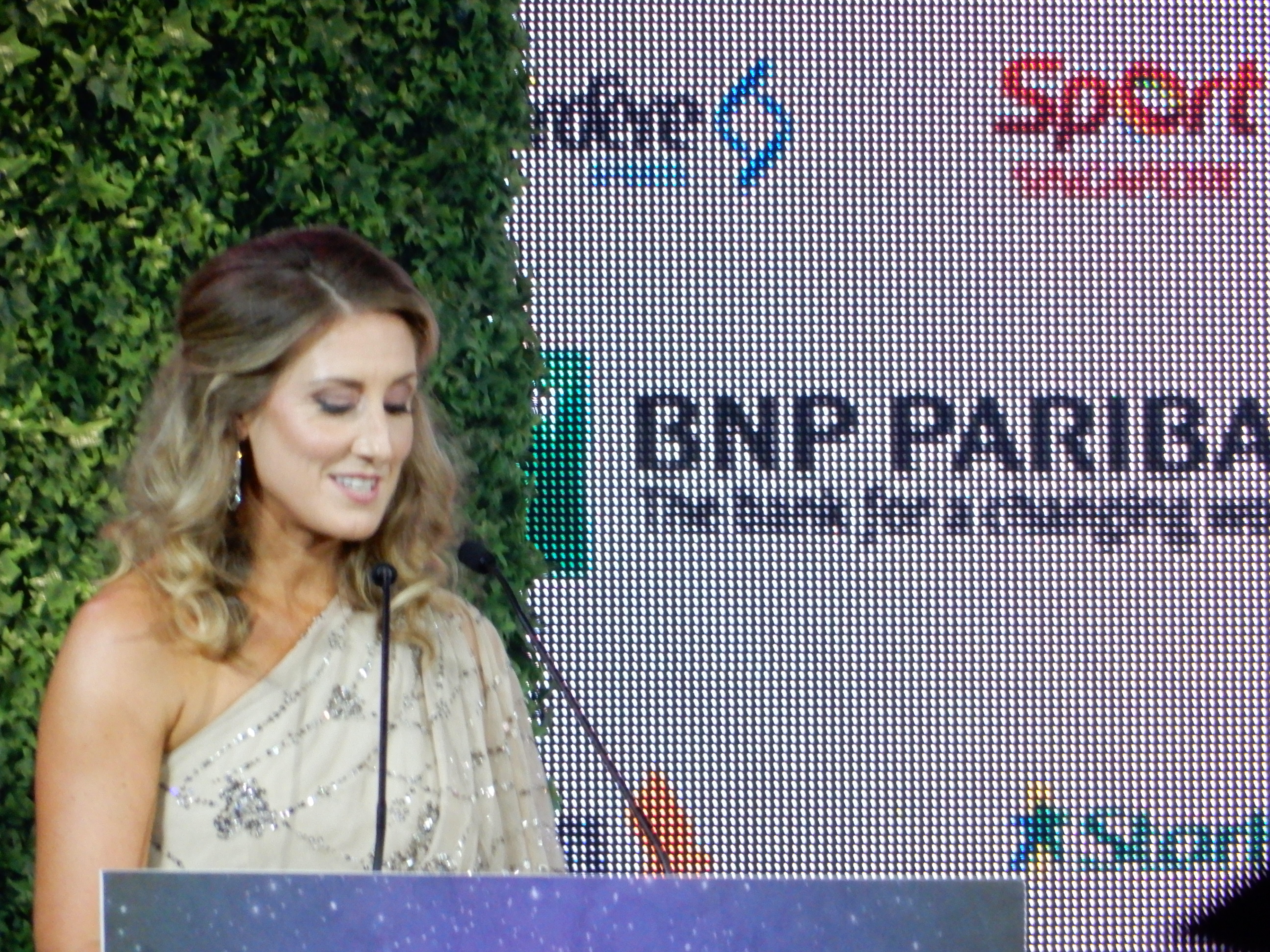 Walking in, one feels an immediate sense of the glam given the purple carpet, where the tennis stars walked each dressed in stunning outfits, unlike their usual courtside attire. taking interviews from purple carpet host Allan Wu. Enjoying glasses of champagne and light bites while mingling, the doors to the hall itself around half past 7, where the evening’s programme was about to begin. 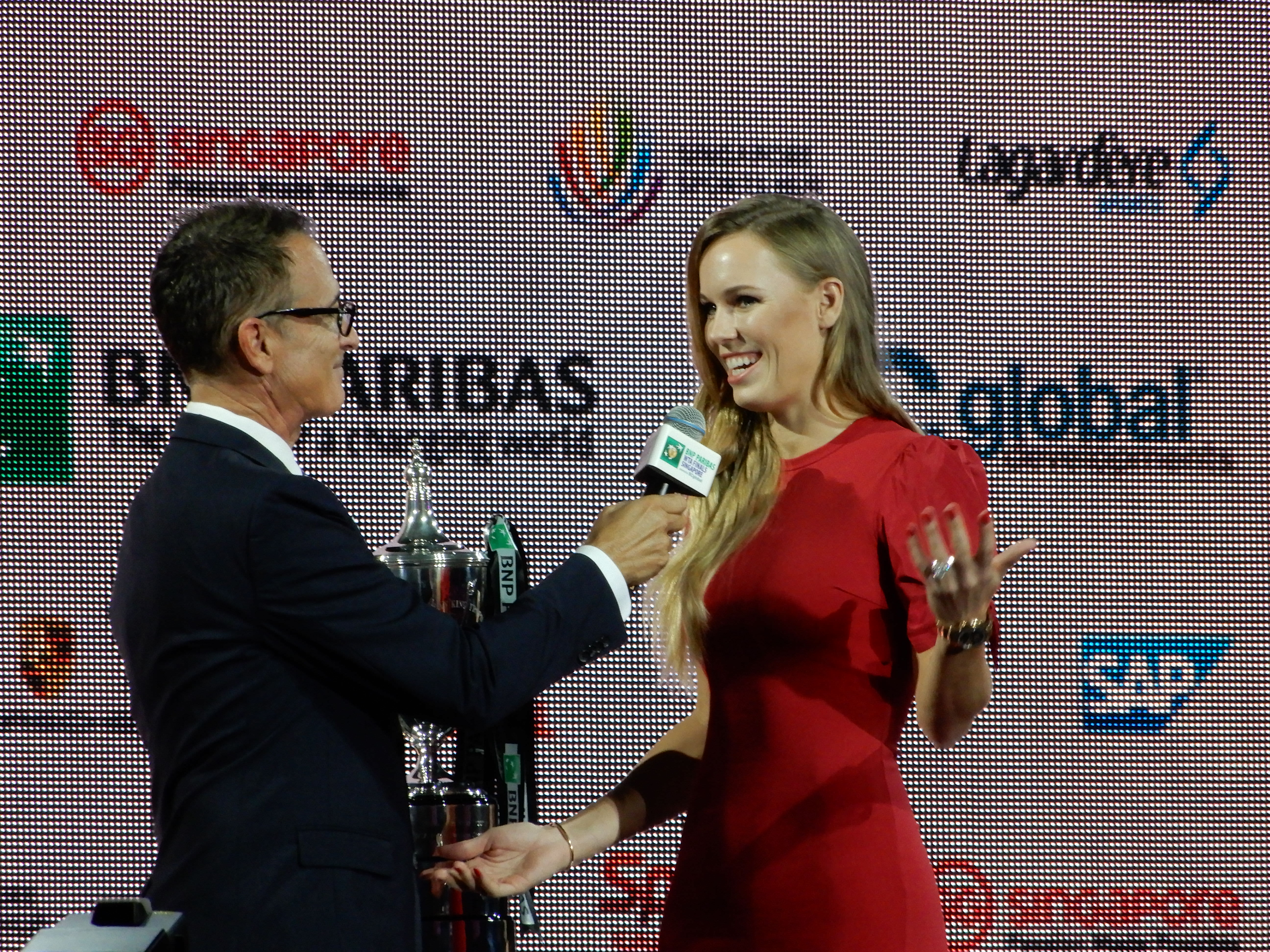 Introduced to each of the eight finalists in turn, namely Angelique Kerber, Corline Wozniacki, Naomi Osaka , Petra Kvitova, Sloane Stephens, Elina Svitolina , Karolina Pliskova and Kiki Bertens, the finalists also presented the WTA stars of tomorrow with a personalised autographed racket each. The singles draw was then conducted, with the finalists split into two groups to determine the matchups, with the Red group comprising Osaka, Keber, Stephens and Bertens, and the White group comprising Wozniacki, Kvitova, Svitolina and Pliskova. 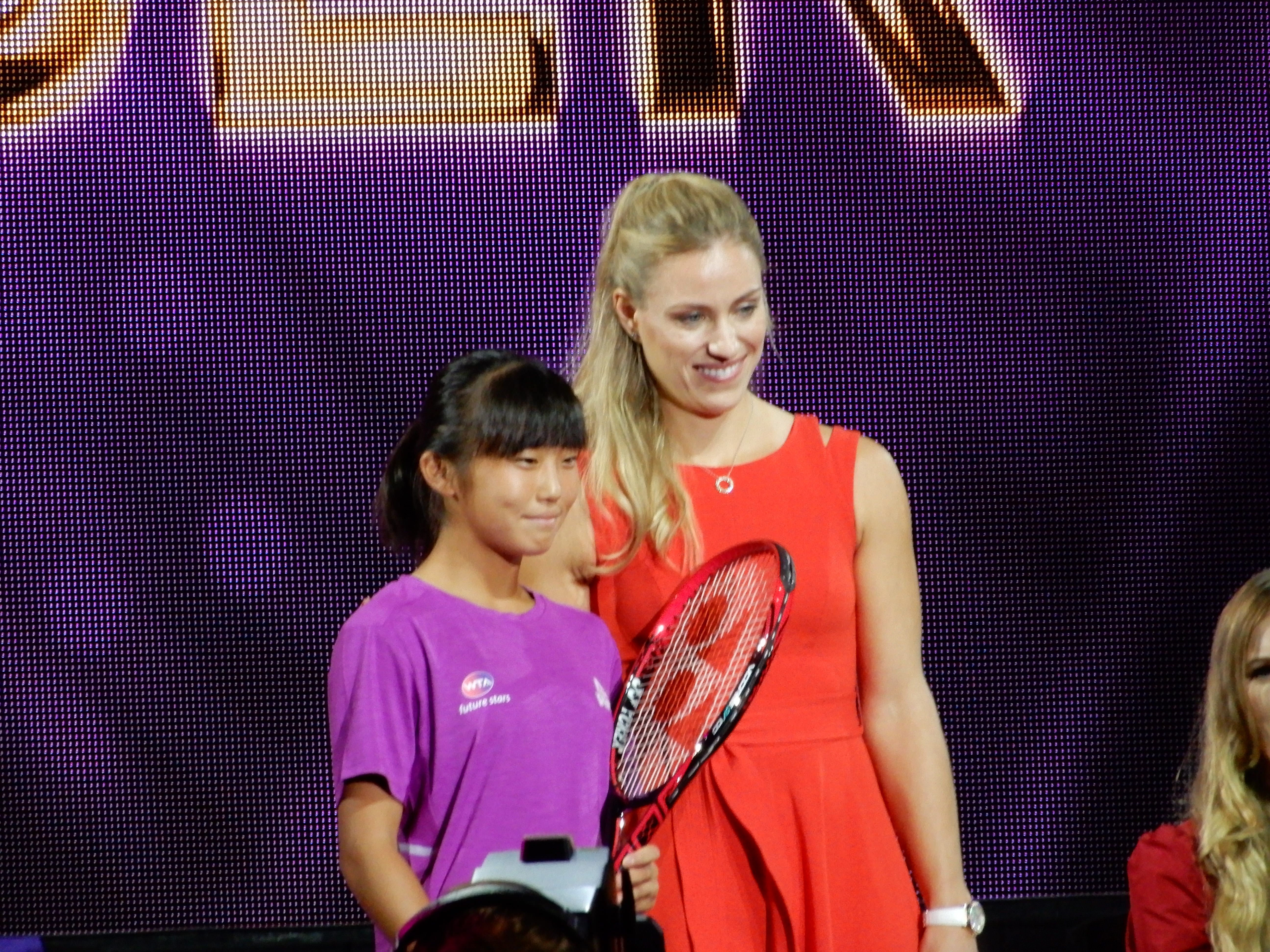 Over the course of the night, the finalists continued to received accolades and awards such as the Jerry Diamond Aces Award (Svitolina) and Most Improved Player award (Bertens), along with the Player of the Year award, granted to Simona Halep for the second year in a row. 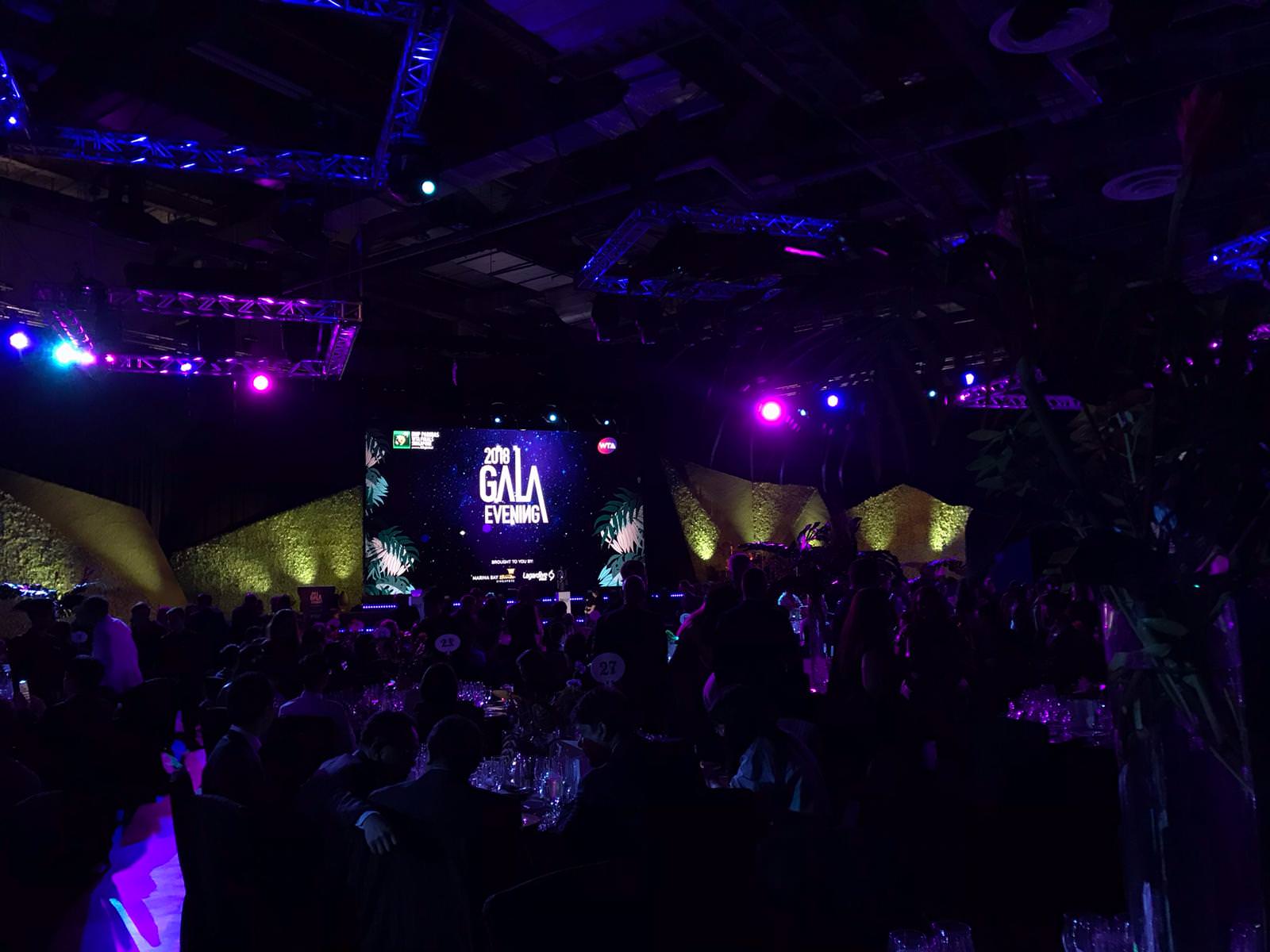 Like the previous year, the entertainment segment of the night took creative direction from Beatrice Chia-Richmond and show producer Daniel Boey, with the hall featuring a lush jungle theme emphasised by gorgeous flower arrangements from Sing See Soon Floral & Landscape at every table, and intricately designed scarves by local designers Binary Style. 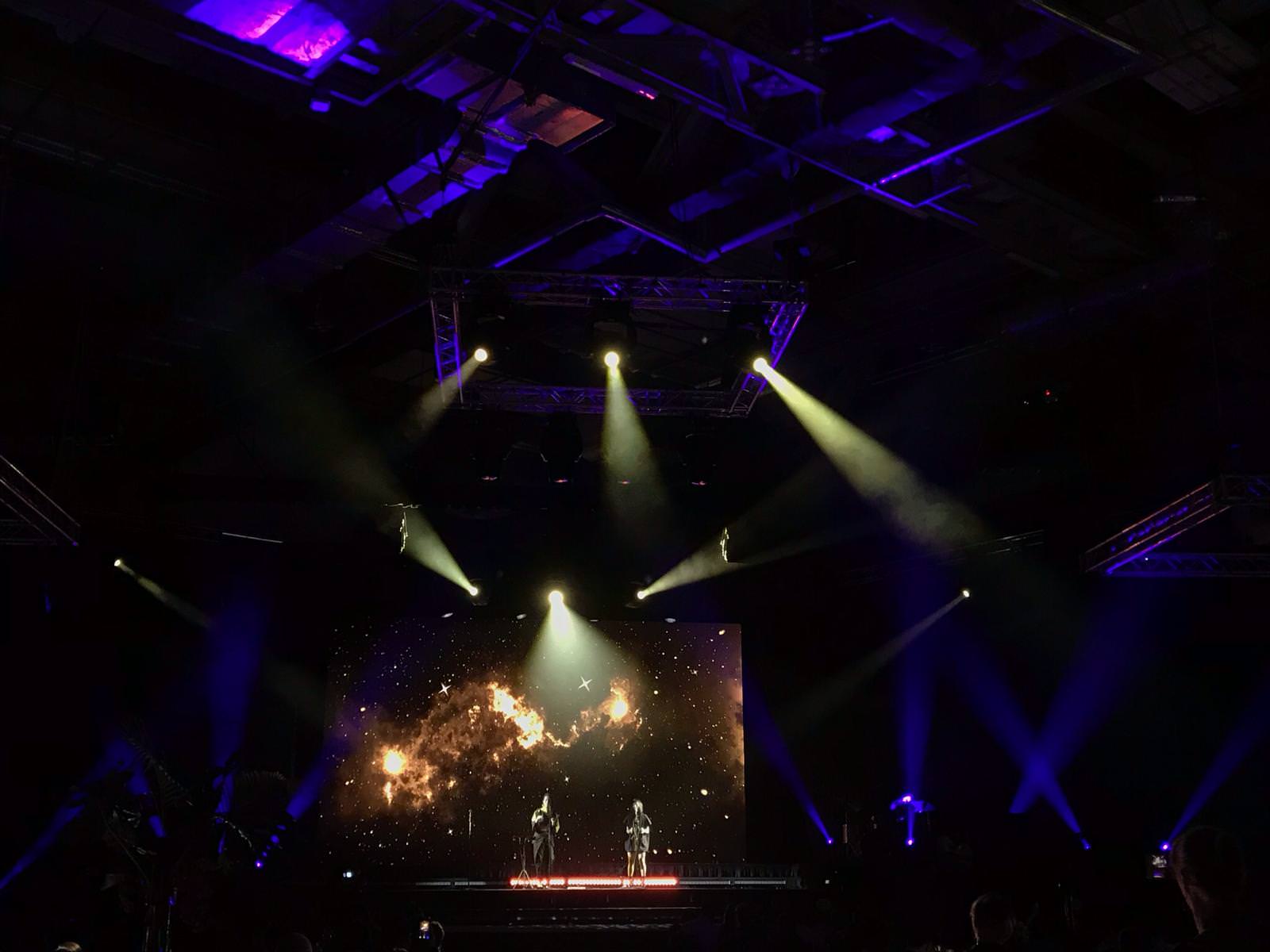 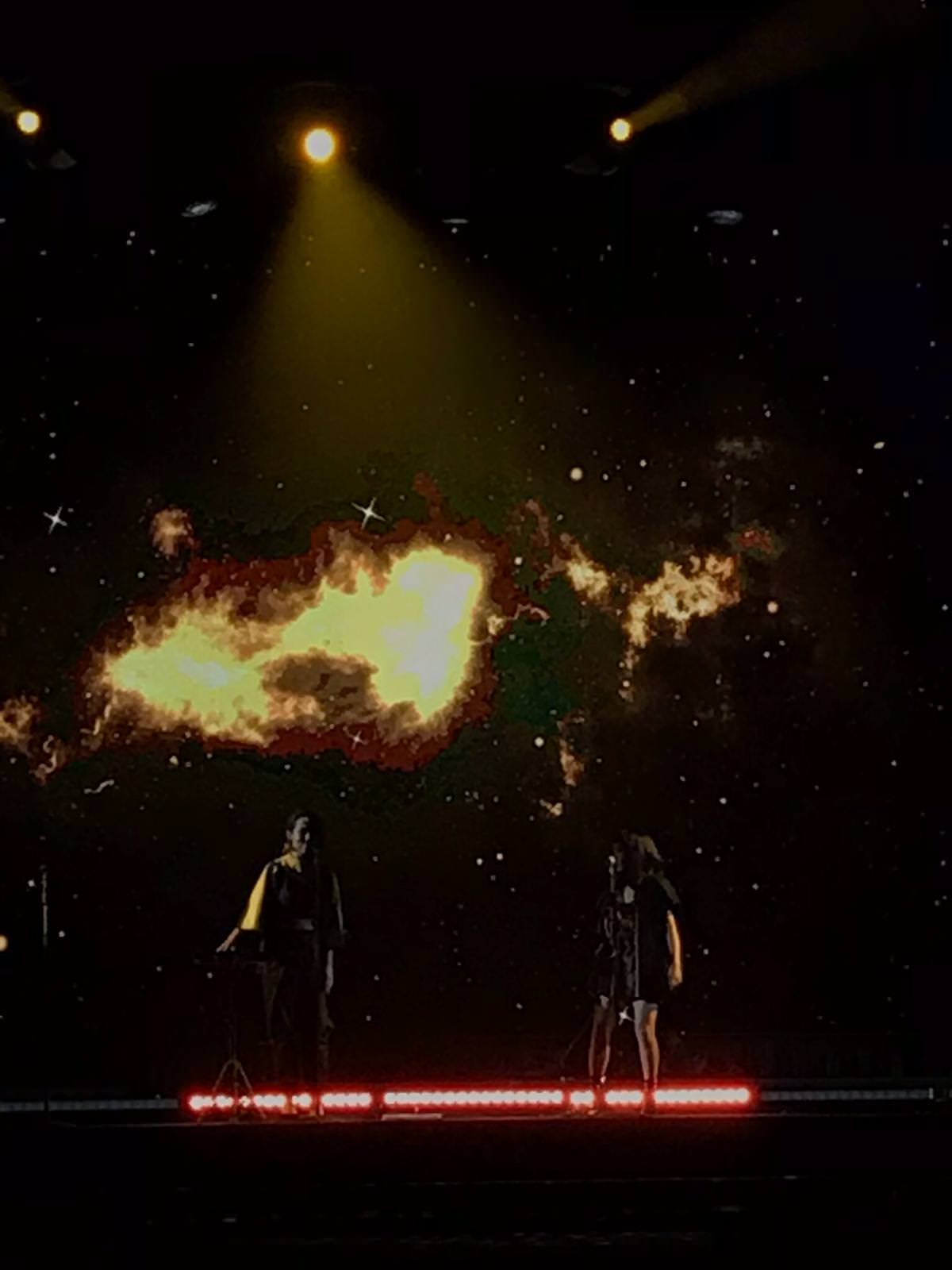 Guests were entertained by local musicians such as indie musicians Vanessa Fernandez (Vandetta) and Weish providing backing vocals and a soundscape produced by their voices for singer and X-Factor Australia finalist Natalie Ong, as well as veteran musician Jeremy Monteiro performing a jazzed up version of One People, One Nation, One Singapore.

The night ended off students from the ITE Show Choir in a rousing, heartfelt rendition of Keala Settle’s This Is Me from the hit film The Greatest Showman, leaving guests and audiences with nothing but good vibes and a readiness to see the finalists take to the court and battle it out against each other for glory, in a smashing finale of the WTA Finals 2018 at the Singapore Sports Hub all through the week.

Fans interested in watching more than one session will save 10% when they purchase either the All Singles Evening, Full Day, Final Weekend, or Season Passes. Corporate guests and tennis fans interested in the award-winning hospitality programme Racquet Club, the award-winning hospitality programme, can also enjoy huge savings when they purchase the Weekend or Full Week package and can email sg.hospitality@lagardere-se.com or +65 6826 2718, while individuals can purchase passes to the Racquet Club here.