There’s nothing quite as festive as settling down on the couch with the whole family after a scrumptious Christmas meal to watch some TV together. And there’s no country that knows how to do that better than Great Britain, with the BBC readying up for a lineup of Christmas specials and brand new series to binge out on this December and January! Celebrate the Yuletide with these highly anticipated BBC shows: 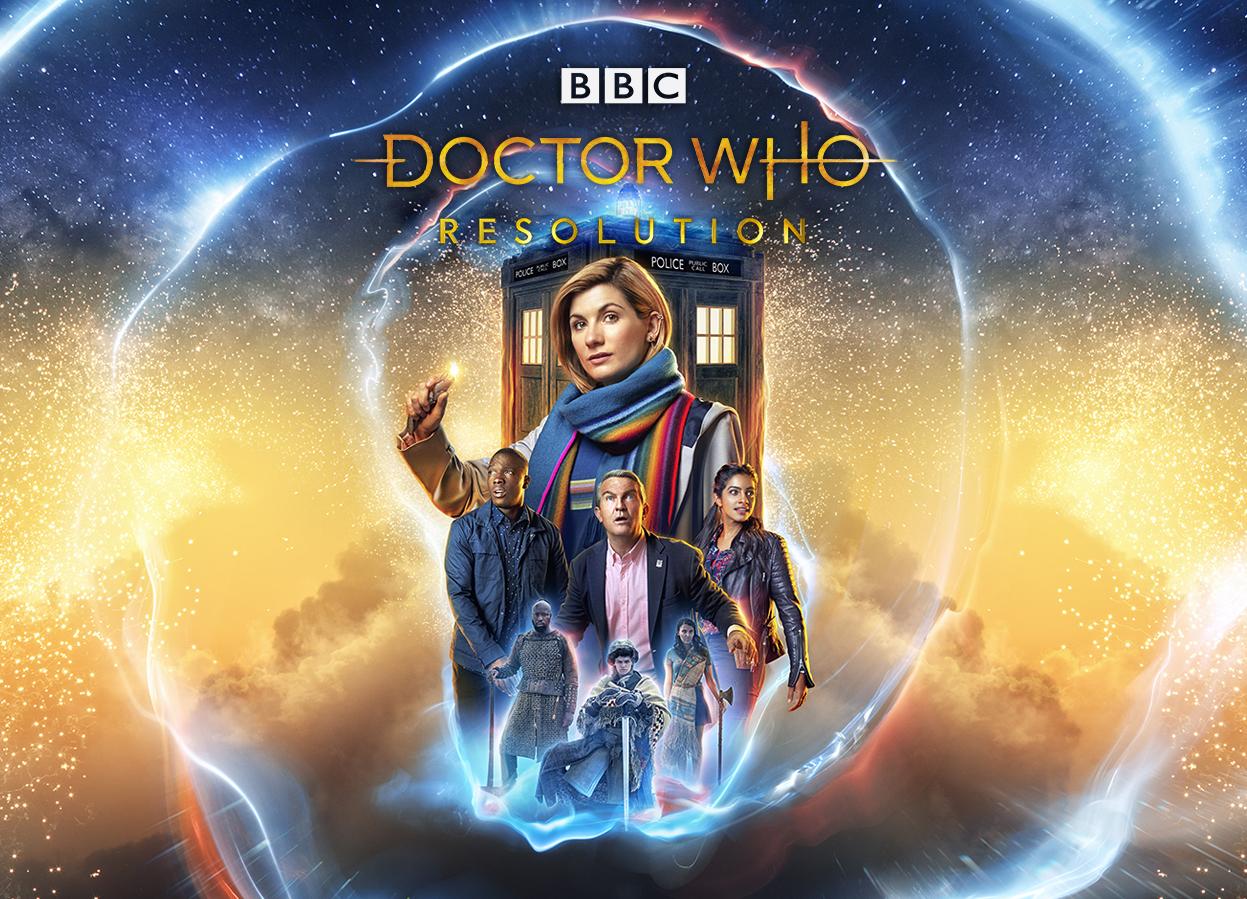 With 2018 marking a brand new era for Doctor Who it is only right that 2019 kicks off in spectacular style. As the new year begins, a terrifying evil from across the centuries of Earth’s history is stirring. As the Doctor, Ryan, Graham and Yaz return home, will they be able to overcome the threat to planet Earth? Written by Chris Chibnall and directed by Wayne Yip. The Doctor is played by Jodie Whittaker, Ryan by Tosin Cole, Graham by Bradley Walsh and Yaz by Mandip Gill.

Golden Globe and SAG Award-winner Idris Elba returns to his iconic role in this hit series created by Emmy-nominated writer Neil Cross. When the moonless shadows of London give birth to a new nightmare, John Luther once again confronts the depths of human depravity. As a series of monstrous killings becomes more audacious, Luther and new recruit DS Catherine Halliday are confounded by a tangle of misdirection that seems to protect an unspeakable horror. But as the case brings him closer than ever to the nature of true evil, a reluctant Luther faces the ghosts of his own past. Striding back into the line of fire, he must choose who to protect, and who to sacrifice. Whatever his next move, it will change John Luther forever. 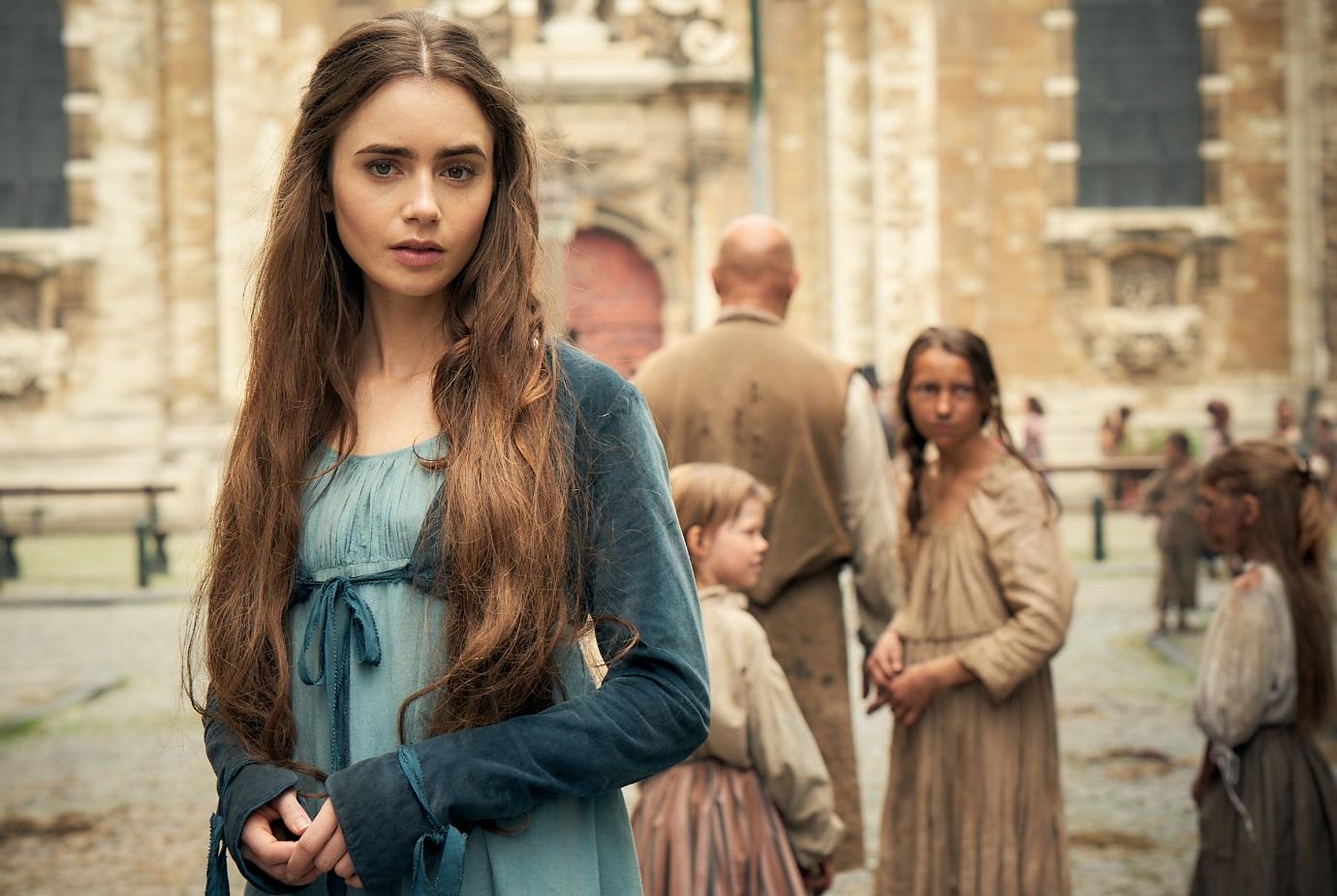 Against the epic backdrop of France at a time of civil unrest, Les Misérables is the story of Jean Valjean, a former convict unable to escape the shadow of his past life. His future is threatened by his nemesis, the chilling police officer and former prison guard Javert, who is determined to bring him to justice. Meanwhile Fantine, a working class woman abandoned by her rich lover, is driven to increasingly desperate measures to provide for her young daughter. Their stories collide and as revolutionary violence ignites on the streets of Paris, Jean Valjean begins an epic journey towards self-acceptance, redemption and love. 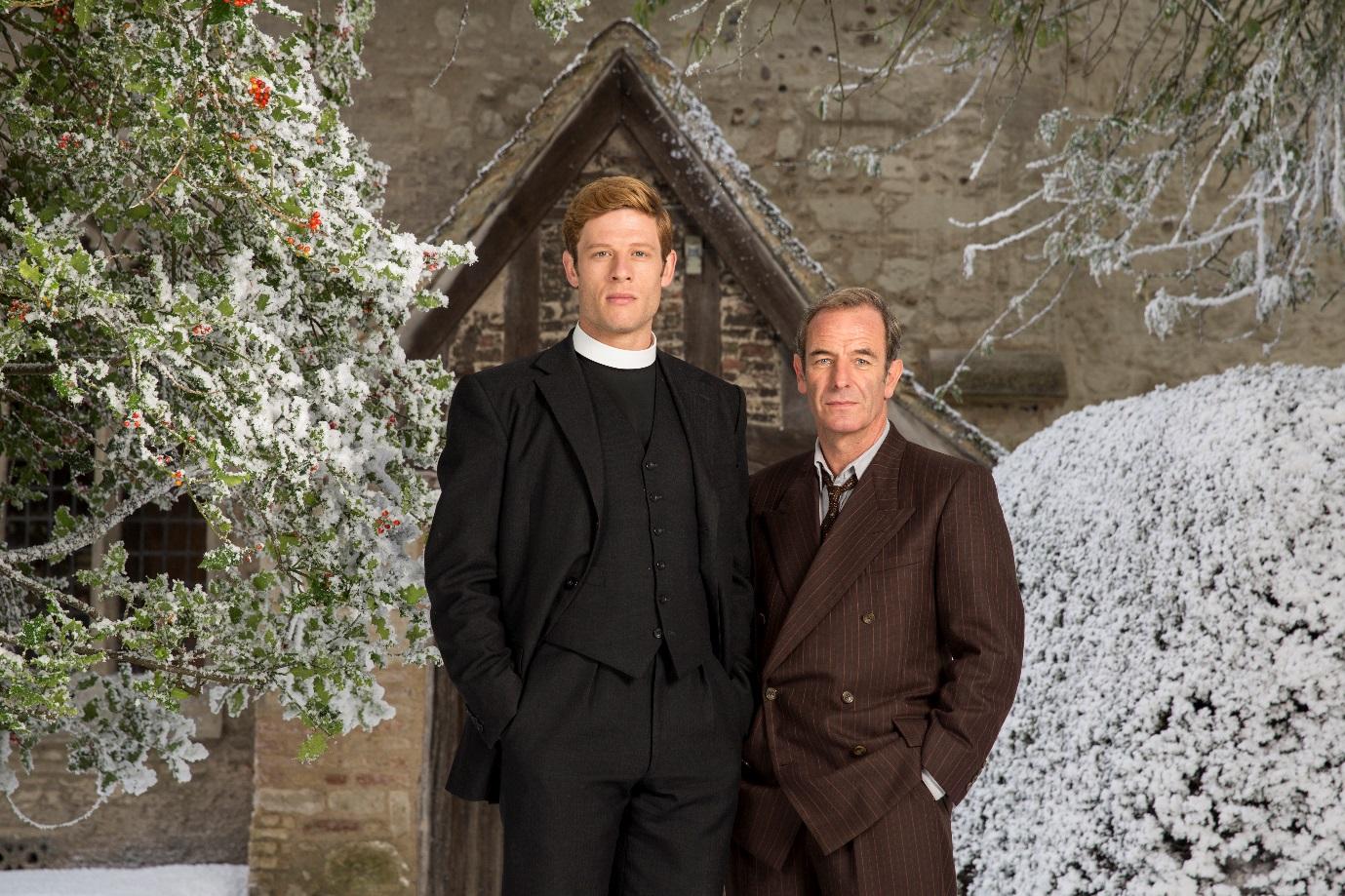 It’s the week before Christmas 1954, and the forecast is for snow in the beautiful Cambridge village of Grantchester. For vicar Sidney Chambers (James Norton), this is the busiest time of the year and he is rushed off his feet with festive duties. Which is useful, as it means he doesn’t have time to think about his beloved Amanda (Morven Christie), estranged from her husband and heavily pregnant, who has taken up residence nearby with her Aunt CeCe (Anna Chancellor). Sidney loves her – but whether she’s married or divorced, there is no way he can be with her. Geordie and Sidney must hunt for a killer, and hope to bring justice to two women mourning for their lost loves at Christmas time. 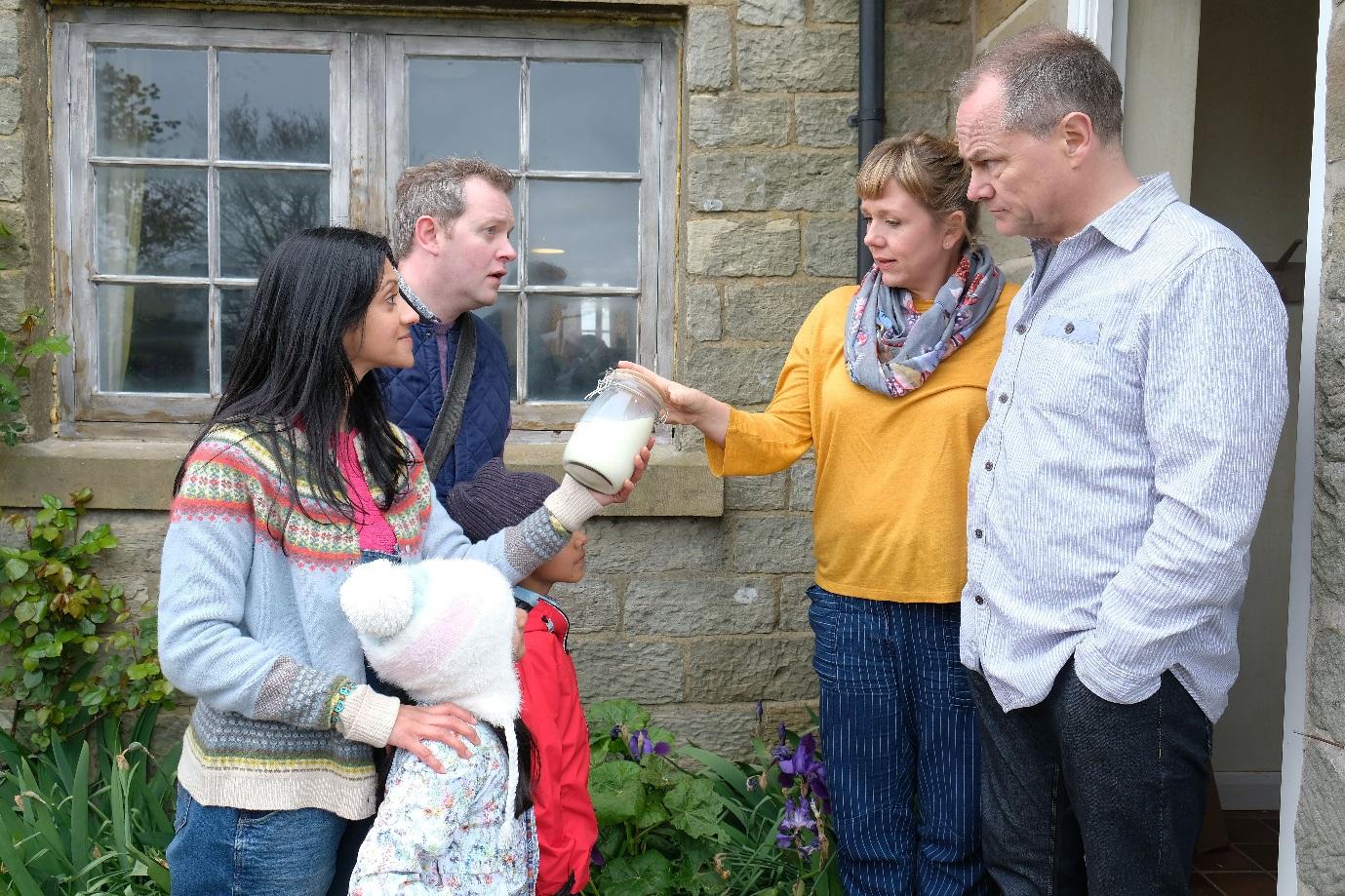 Steve (Jack Dee) and Nicky (Kerry Godliman) make a pact not to celebrate Christmas this year. They’re determined to treat it just like any other day.

But when Nicky takes pity on Alice, the wily old lady from the village, they find themselves hosting a drinks party, although as Steve is at pains to point out, “It’s not Christmas drinks – it’s just drinks that happen to be on Christmas Eve.”

Nicky’s Dad is invited, as are Matt and Meena, the world’s smuggest neighbours. An unexpected turn of events leads to their house guests staying longer than any of them intended. Matt and Meena’s children complain that it’s turning into the worst. 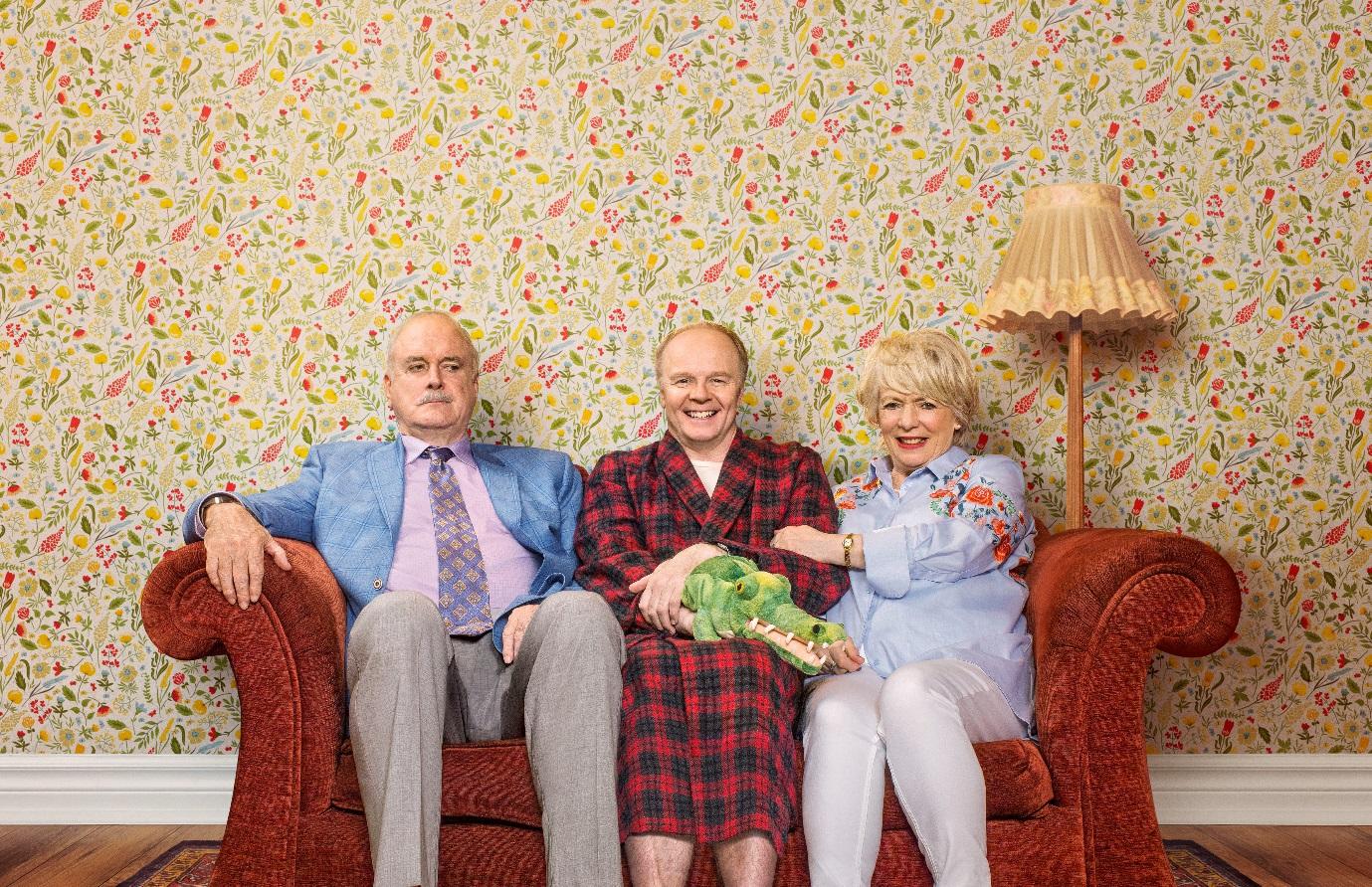 It’s the last Christmas that Edith (Alison Steadman) will have with her family before she and Phil (John Cleese) set off for their dream retirement in the Mediterranean. Edith’s son Roger enlists her scurrilous one-time flame, Bob The Burglar, to give Christmas its proper flavour. Edith’s sister Joan won’t watch the Queen’s Speech anywhere else. Queenie locks Sandra and Wendy into a wardrobe, and Phil finds himself talking to a ghost. 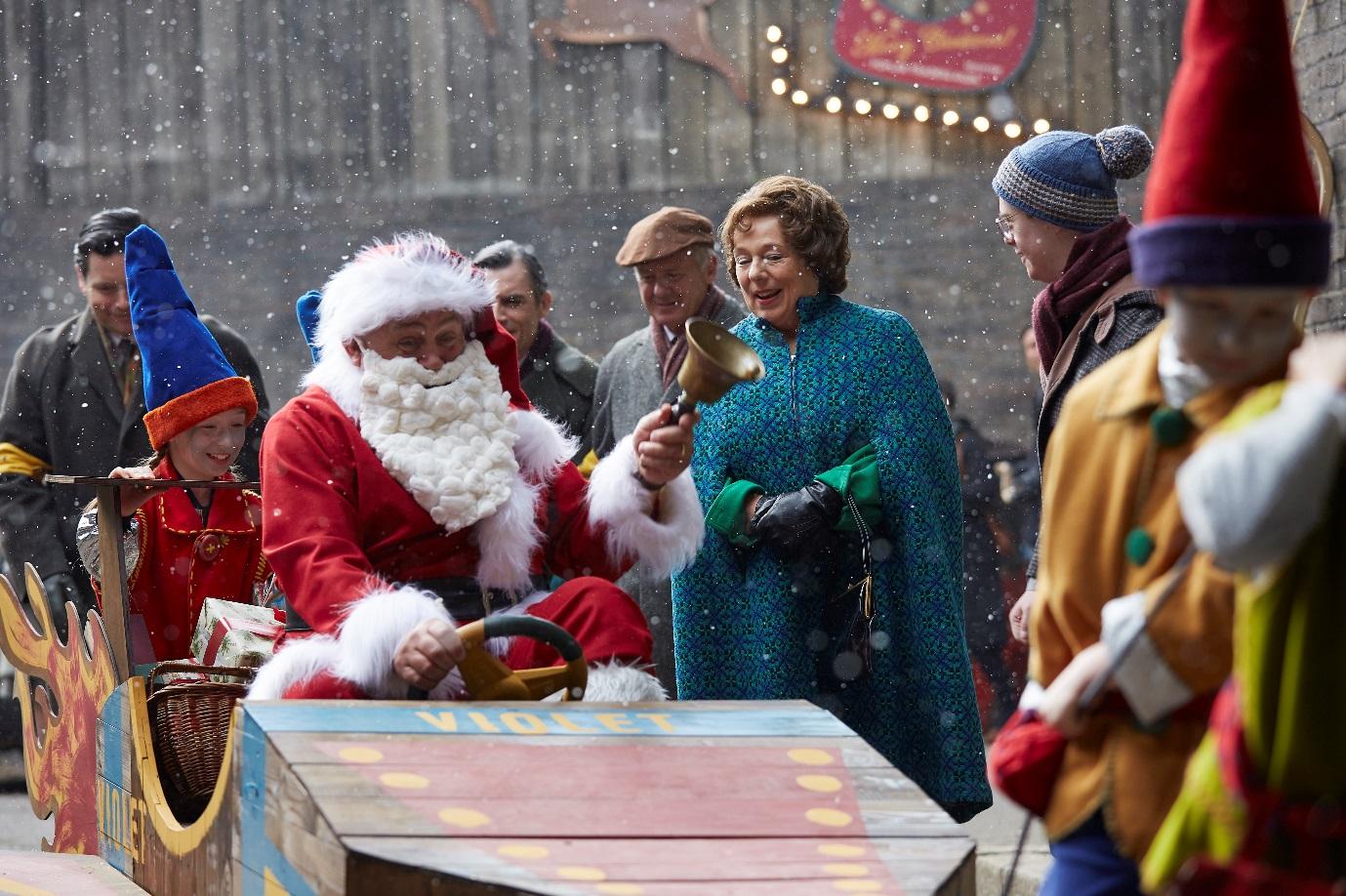 The hugely successful and award-winning series starring the nurses and nuns of Nonnatus House returns for a Christmas special. This episode stars Miriam Margoyles (Harry Potter) as Sister Mildred, who arrives unexpectedly at Nonnatus House, her hands full with four Chinese orphans. Having fled China, the child refugees were found abandoned in Hong Kong and are being adopted in the UK as part of the World Refugee Project. With Christmas preparations in full flow and the midwives busy caring for the expectant mothers of Poplar, these unexpected visitors cause joy and chaos in equal measure.

Catch BBC’s shows in Singapore on BBC First (StarHub Channel 522) and on the the BBC Player.