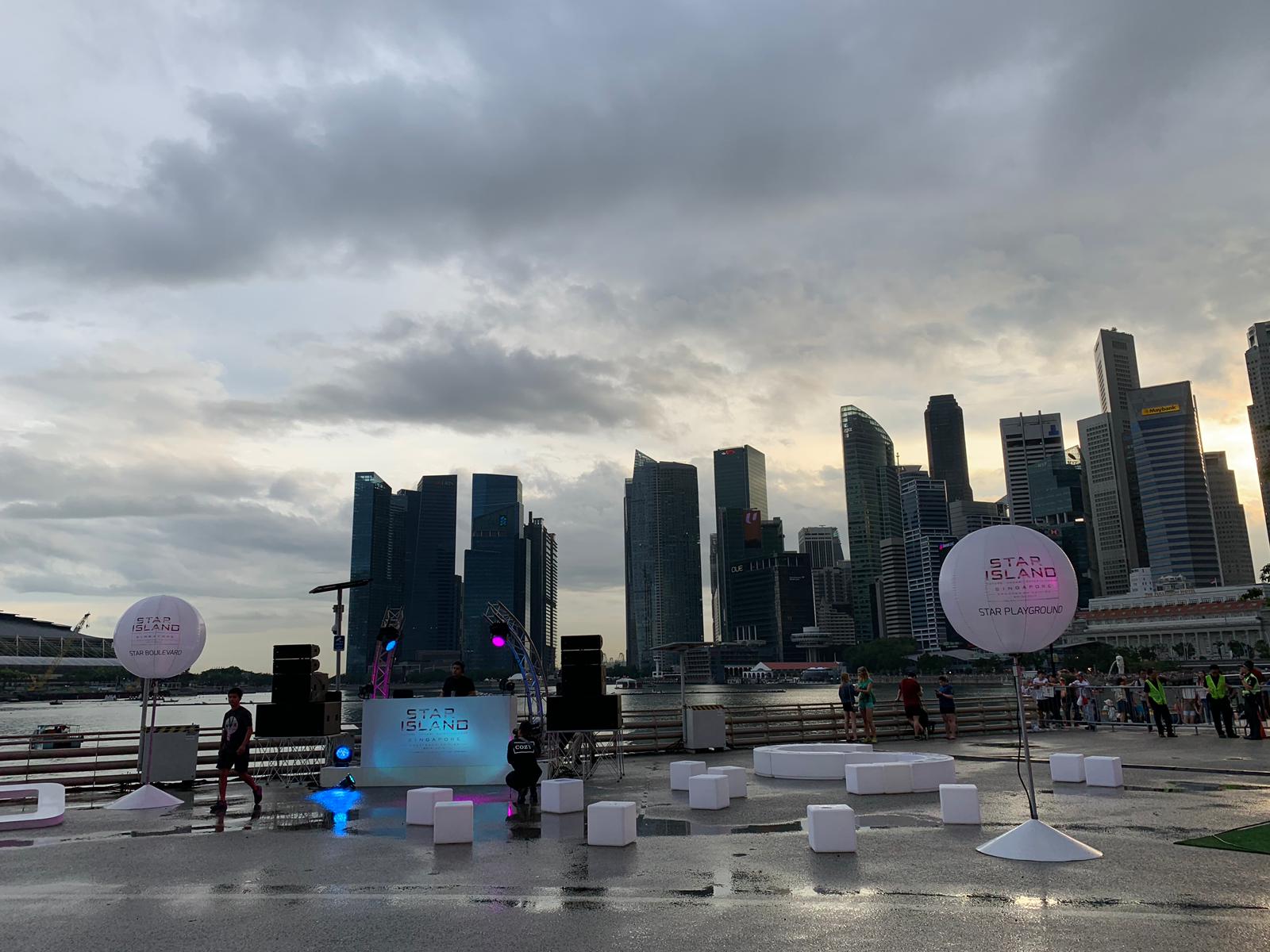 A New Year’s Eve celebration simply isn’t complete without fireworks. But while in previous years, Singapore has only let go fireworks at the stroke of midnight, the 2018-19 edition of the countdown pulled out all the stops and presented an entire pre-New Year show revolving around fireworks. 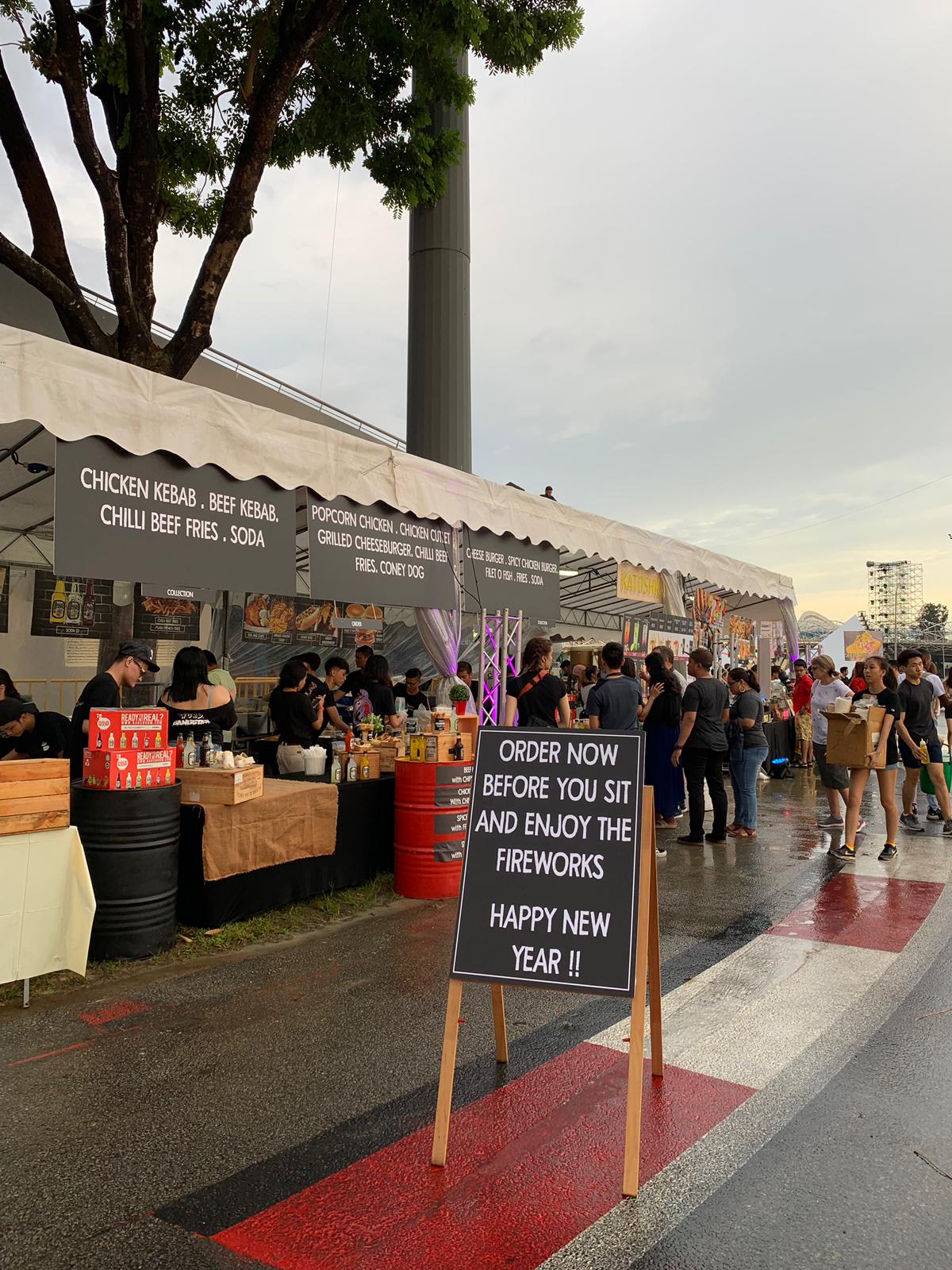 At this year’s edition of the Marina Bay Countdown, the 21000 present in the sold out performance were in for a true spectacle with the international debut of STAR ISLAND. Created by Avex, and helmed by creative director Kenji Kohashi, the Japanese production is nothing short of a technological marvel. 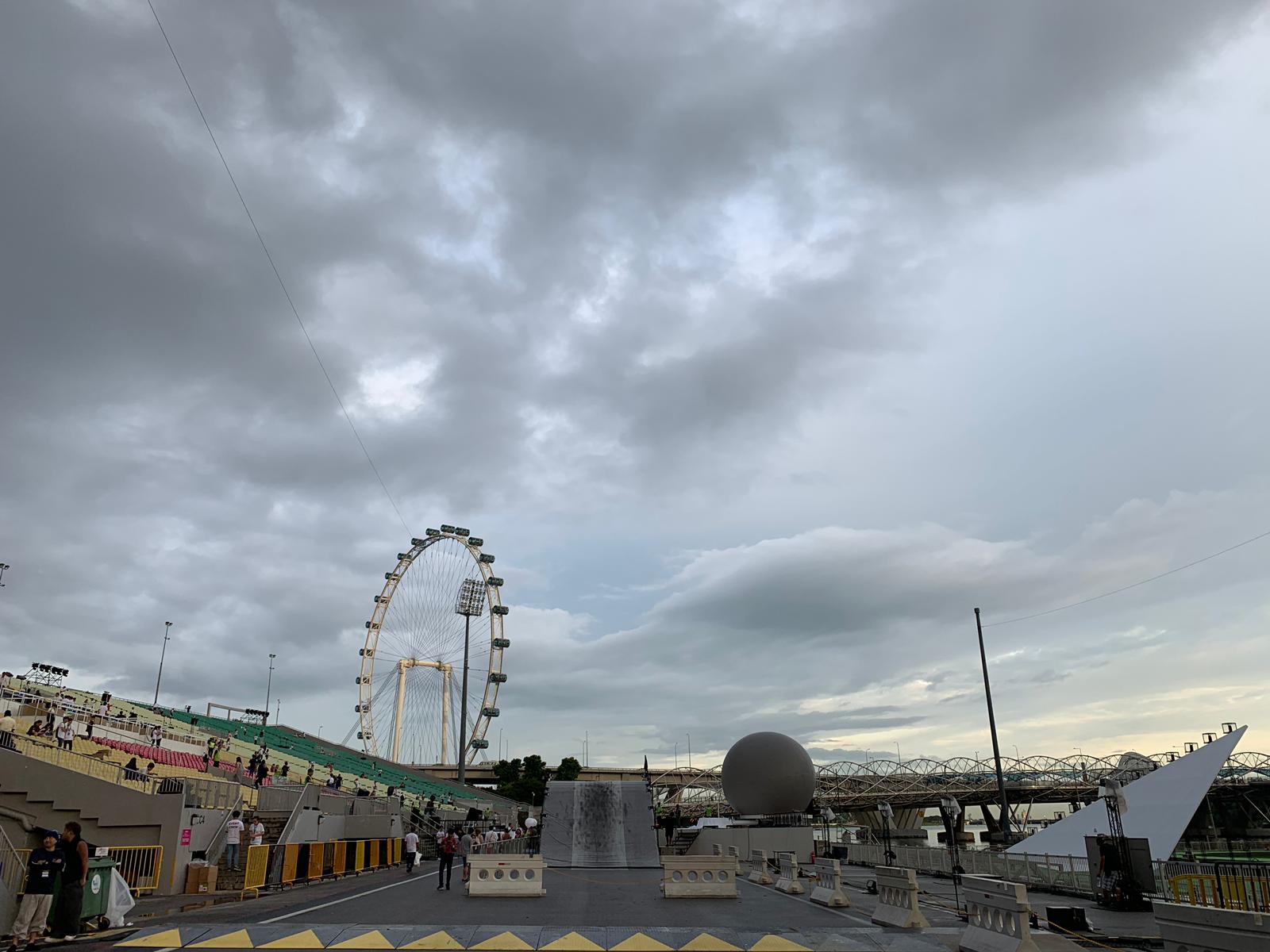 Clocking in at about 90 minutes, the show’s biggest draw is of course, the fact that fireworks are periodically set off throughout, over six ‘chapters’ worth of theatrics featuring motorcycle stunts, dance, projection mapping, a carefully orchestrated soundtrack played over 3D sound technology and more. 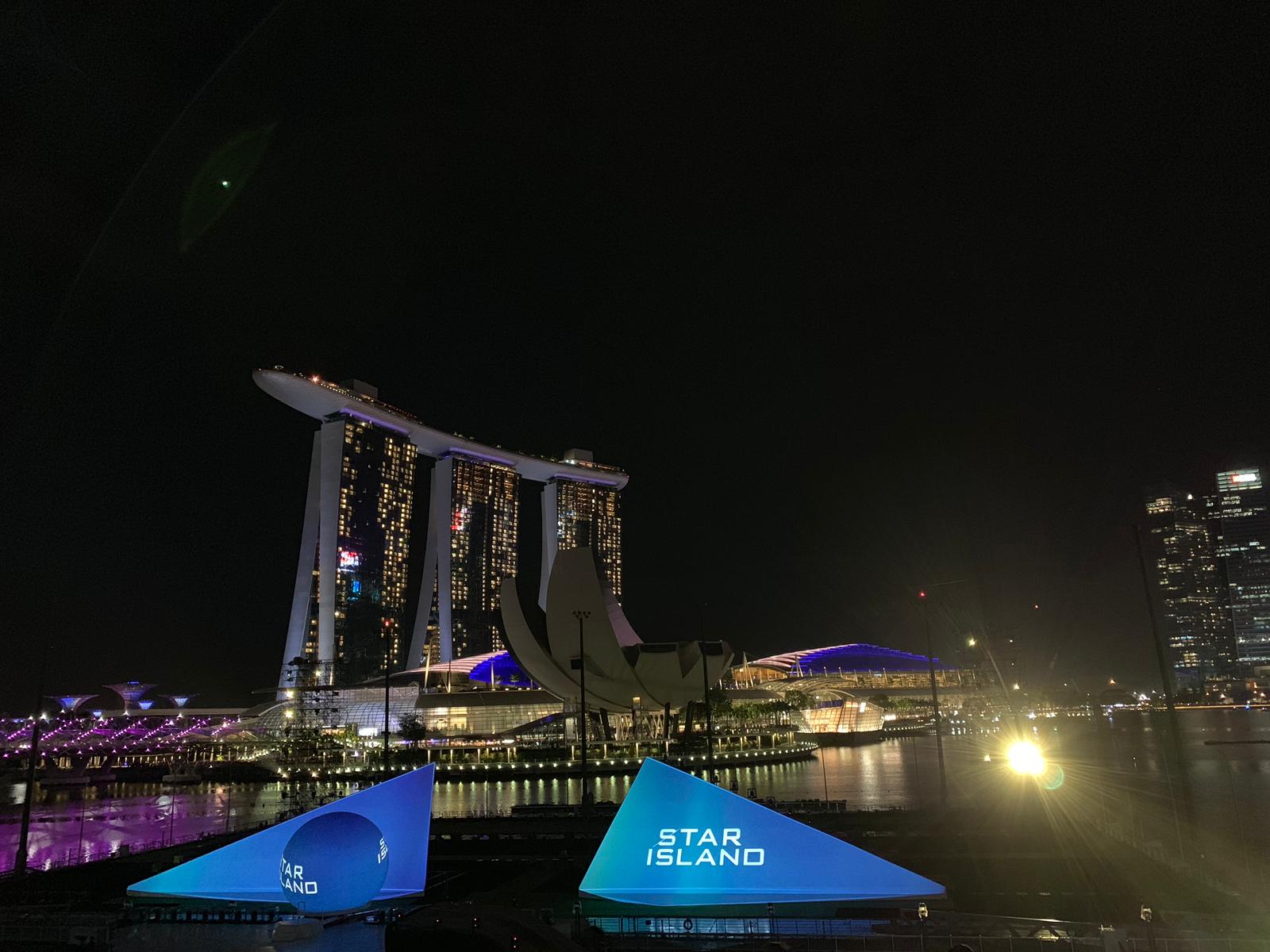 It’s hard not to be completely enraptured from start to end; while the rainy weather proved to be a slight dampener, thankfully, the clouds cleared up quickly enough, with the sold out seats filled with audience members eagerly anticipating the start. When the show finally began around 10.40pm, the humidity and wait couldn’t have disappeared any faster with an opening that promised nothing less than awe and marvel throughout the night, with the delight evident on the entire audience’s faces. 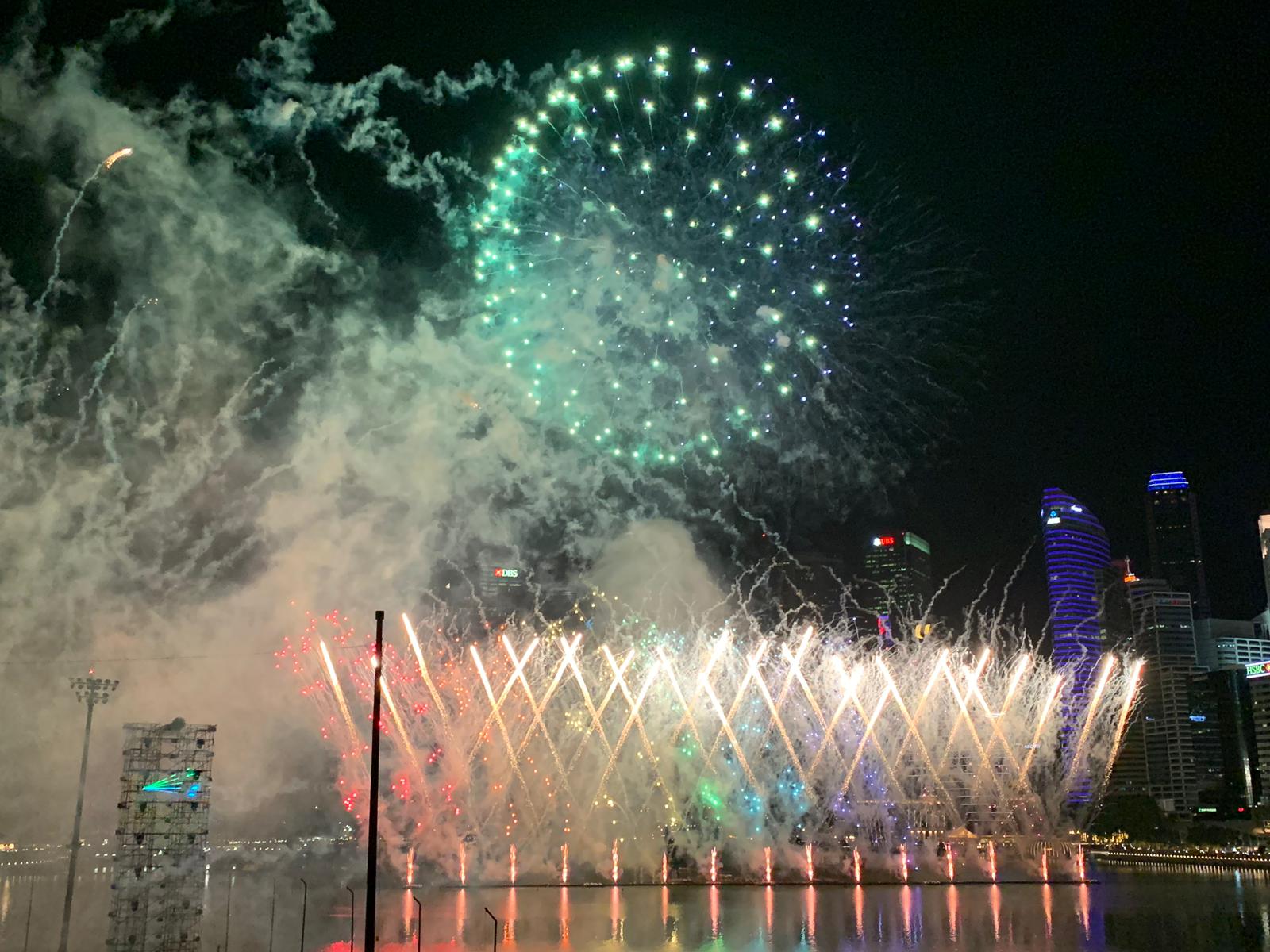 There’s a real sense of the epic afforded from how immersive the entire experience feels, one that we never could have expected from the outdoor setting of the Floating Platform. One felt almost immediately transported to STAR ISLAND’s promised ‘parallel universe’ of light – trippy visuals and gorgeous projection mapping made us feel like we were hurtling through time and space, across the world and beyond the confines of earth, while performers emerged from the aisles wielding flaming torches. 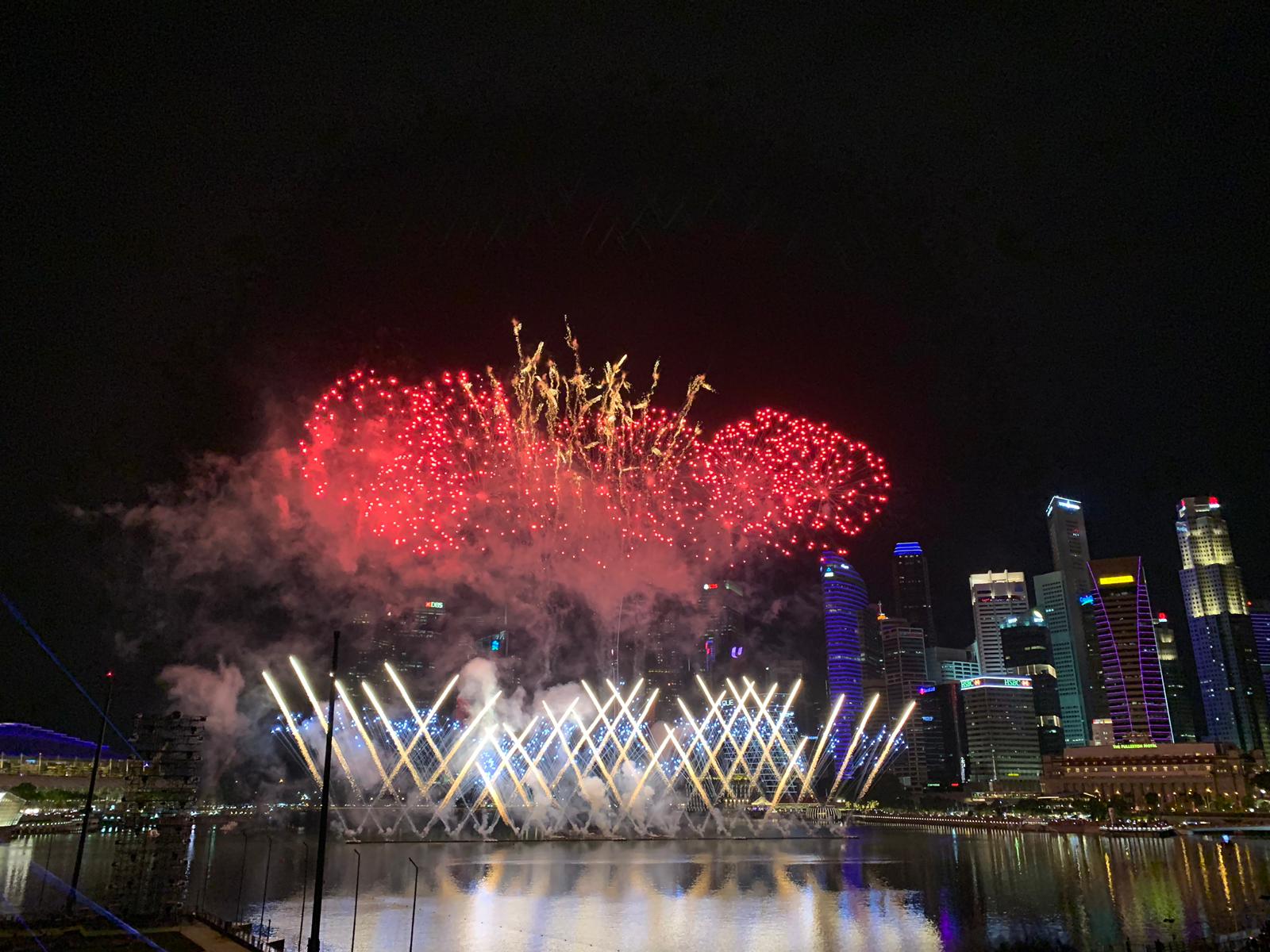 With the 3D sound technology featuring 200 speakers strategically placed around the audience, it was quite literally surround sound, with music strategically programmed to sound like it ‘moves’ from place to place. 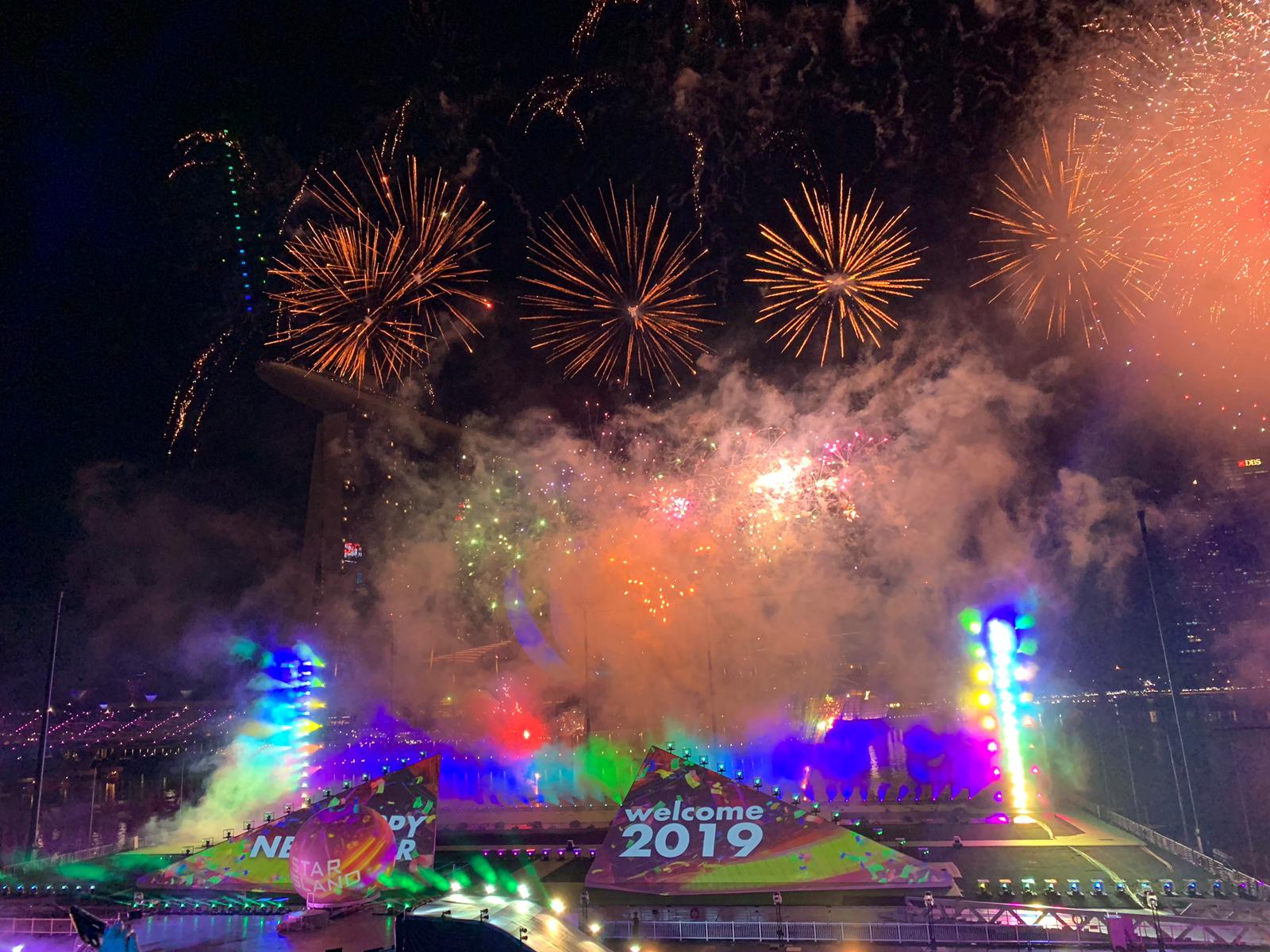 Employing a mix of genres and styles, one was particularly heartened by how STAR ISLAND also chose to pay homage to Japanese heritage at the very beginning of the performance, with traditional shamisen music given an electronic remix, while performers beat a giant ‘taiko drum’ at the front of the stage. A well-curated selection of songs, there’s an immediate sense of joy to hearing top pop songs like Zedd’s Clarity or Mark Ronson’s Uptown Funk play that fills you with good spirits and makes you just want to get up and dance. 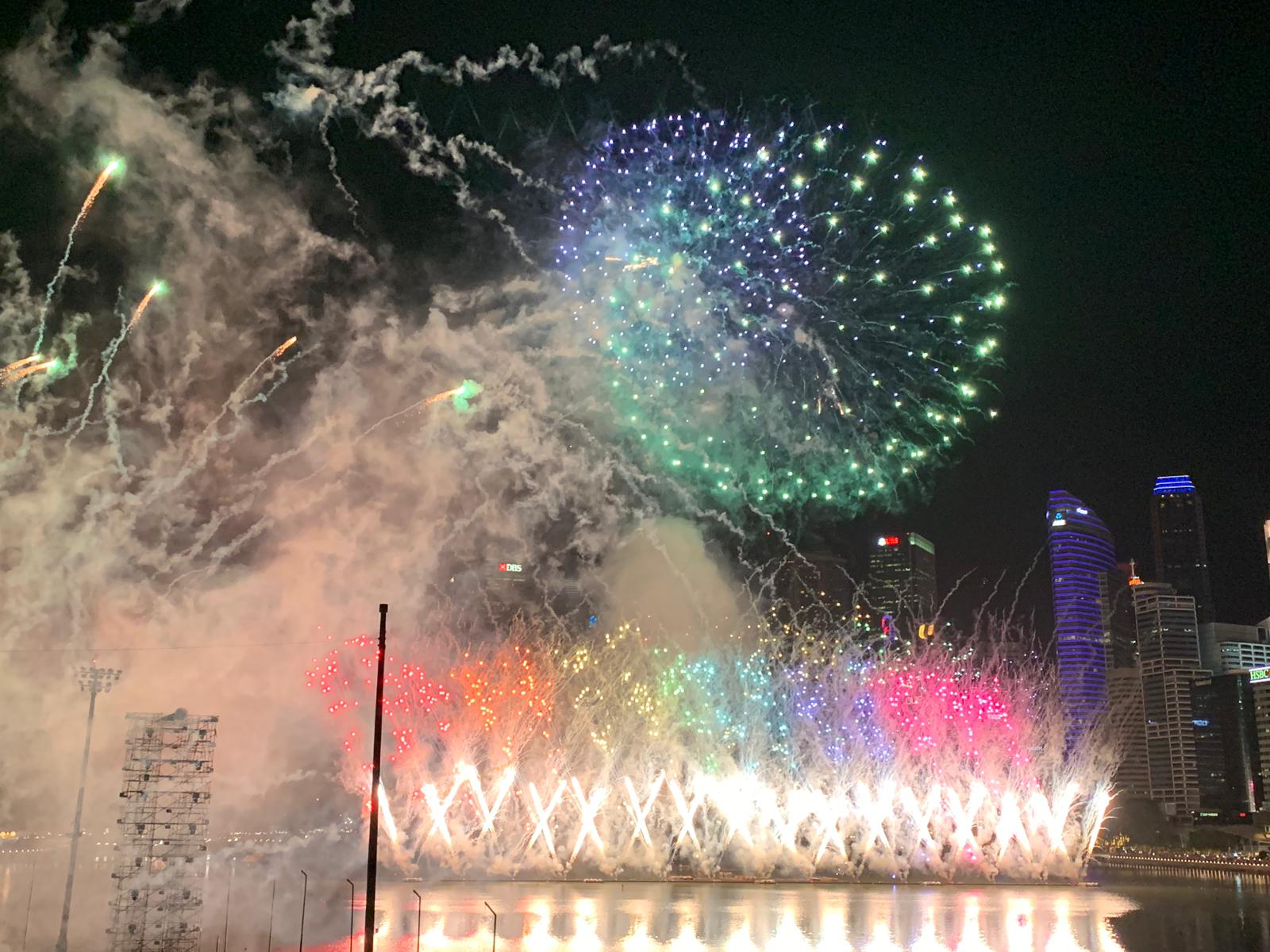 When the first fireworks were set off, audience members let loose the inevitable oohs and ahhs, applauding with each spark in the night sky against the darkened city skyline. But of course, it didn’t stop there, and each time we think they’ve already shown us all they can do, STAR ISLAND continued to surpass expectations and impress in every segment. Every trick in the book has been utilised to make full use of the fireworks, carefully choreographed to sync with the medley of music, matching each beat and rhythm in a shower of light. In a sense, these fireworks, or as they call it, future hanabi, is the precise melding of art and science, having calculated wind speed, trajectory, burn time and height to ensure the physics is sound, while designing intricate sequences that made use of firework burn time, tails and angles to form some of the most dazzling patterns we had ever seen. 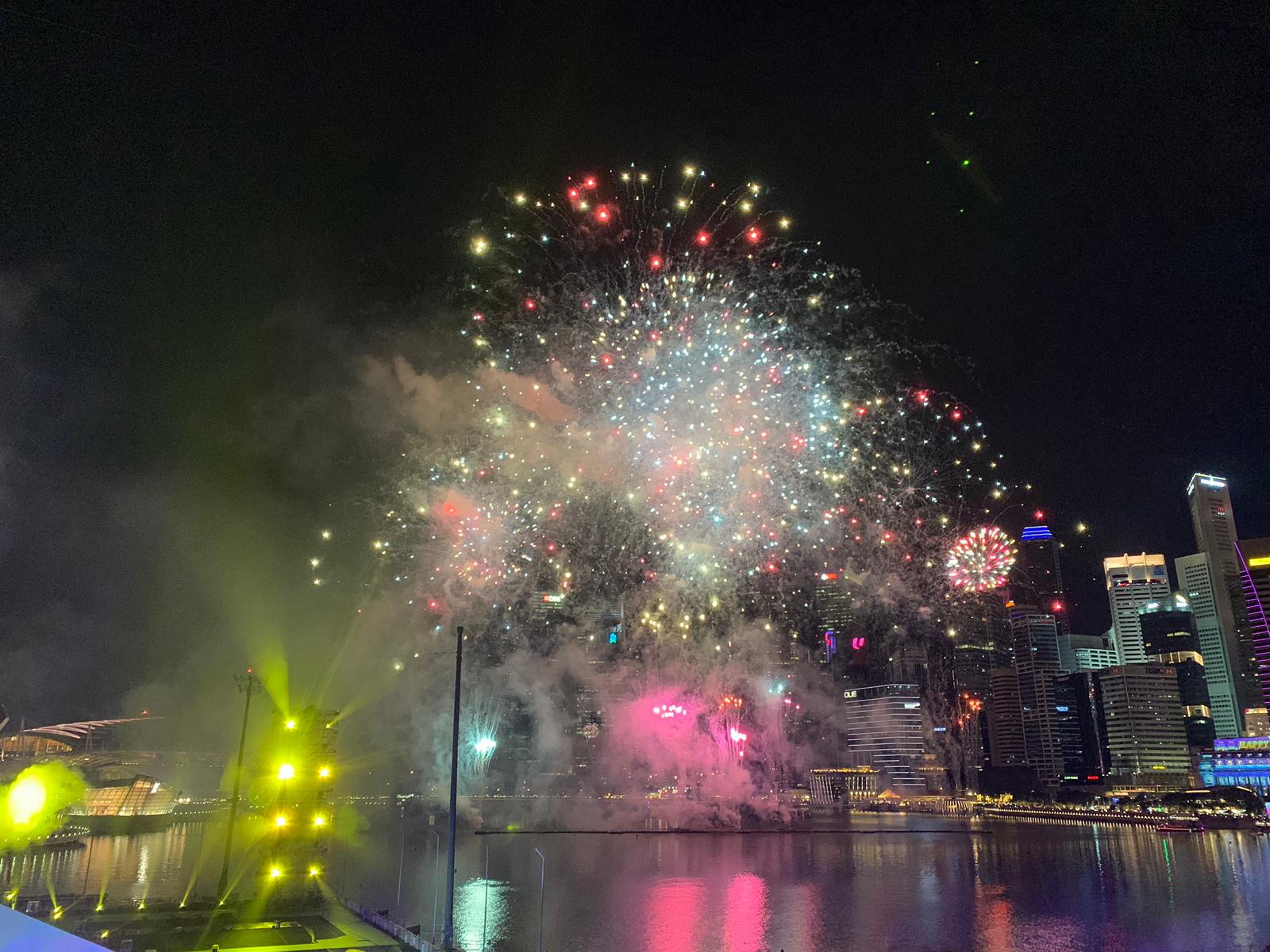 At no point does the action ever cease – midway through, stunt cyclists jump from ramp to ramp, and then repeat the process while sparks fly from the back of their bikes, dancers move to a variety of choreographies, and at one point, a performer even dramatically rises into the sky with a giant billowing skirt while the giant sphere onstage rises with her, the sequence set appropriately to Tchaikovsky’s masterpiece Swan Lake that only added to the grandeur of the entire piece, while of course, the colourful fireworks just keep going and going, leaving us breathless with wonder. 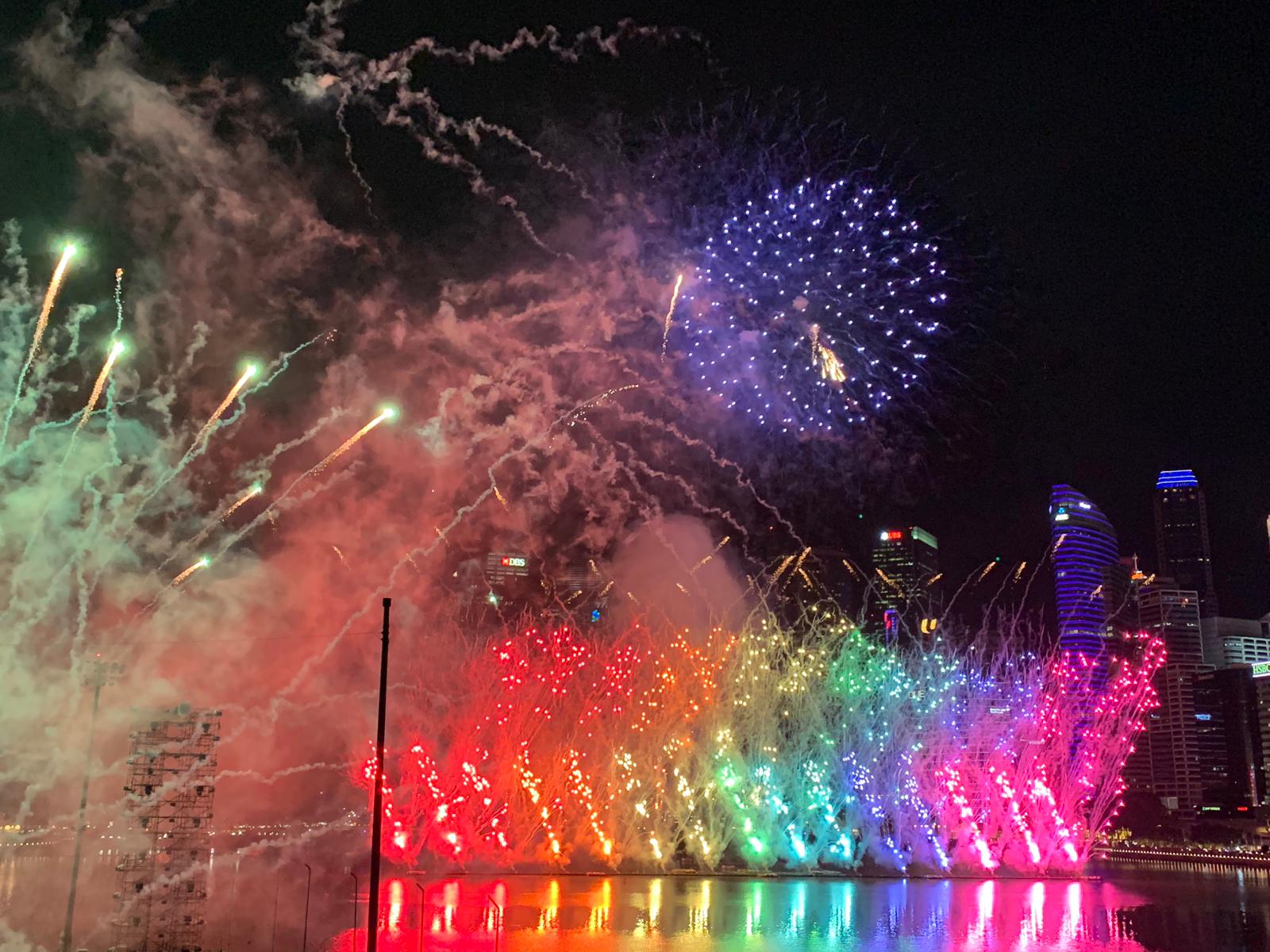 Taking a break five minutes to midnight, one took the time to close our eyes, calm down, and take a moment to reflect as we closed one chapter of our lives and moved to the next, thinking about all that 2018 has brought us and all there was to be thankful for. 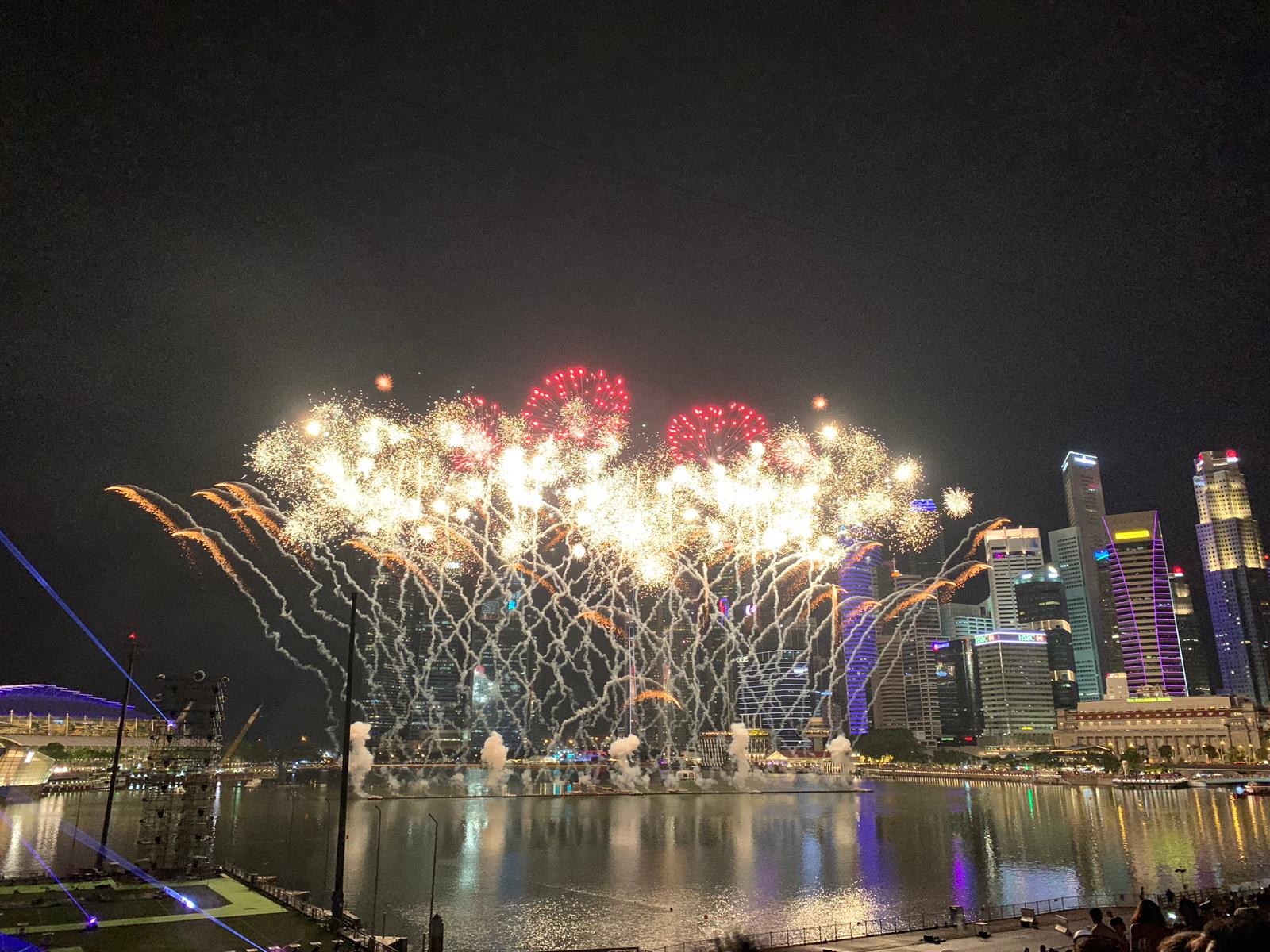 Before we knew it, five minutes was nearly over, and the final countdown had the entire platform chanting down the last ten seconds before erupting into a burst of cheers as the timer reached zero, ushering in 2019 with a last hurrah of fireworks to a classic – Beethoven’s Ode to Joy.

There’s really no other way to describe it; spectacular from start to finish, showcasing tradition seamlessly woven with modernity, and leaving one constantly wowed,  STAR ISLAND is one of the best New Year’s Eve countdowns Singapore has ever had, and without a doubt, we’d head down in a heartbeat if they return.

0 comments on “Happy New Year: Star Island Rings In 2019 With A Burst of Fireworks”