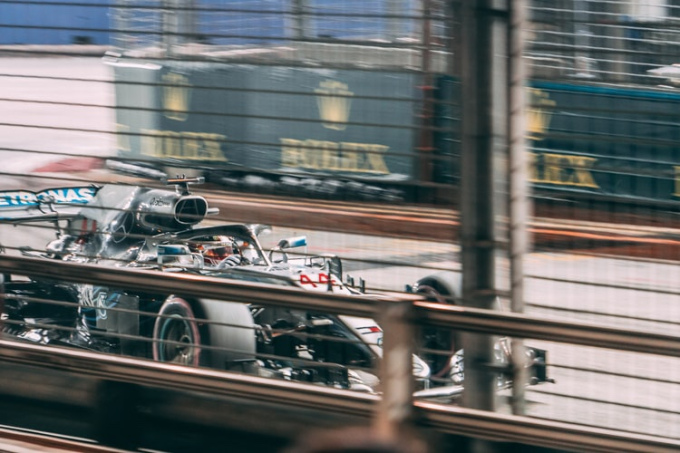 2019 will be the 12th year Singapore has been host to a “night race” Grand Prix around its streets. After years of discussion, rumour and hoping throughout the sport, 2007 saw Singapore host the first ever Formula One race to be held under artificial light. The idea behind this was to allow the race to be held at the usual early afternoon start time for European TV viewers. Other races held in Asia meant that fans had to either get up as early as 4am to watch the Grand Prix live, or avoid any spoilers from news broadcasts.

One positive side effect of the night race that was it created a unique spectacle, showing off the metallic finishes of the Formula One cars as they glistened under the powerful spot lights. The race was also to be finished with fireworks as the winning car crossed the finish line, a feature that has since been copied by other venues. The different light also meant that drivers used different visors on their helmets, which let fans see right into their eyes as they hurtled through the streets of Singapore.

In keeping with the incredible weekend of entertainment the Singapore Grand Prix has provided for the last 11 years, the 2019 race will provide top class entertainment both on the track and off. The title battle will be in its closing stages, with Lewis Hamilton, Sebastien Vettel and Valtteri Bottas all currently in contention. For fans that enjoy placing bets on Formula One races through companies like Fox Bet, the Singapore Grand Prix usually delivers thrills and spills and an almost guaranteed safety car or two. In addition, an all star line up of off track entertainment from Swedish House Mafia to The Red Hot Chilli Peppers will make the 2019 night race around the Singapore Streets a weekend to remember. 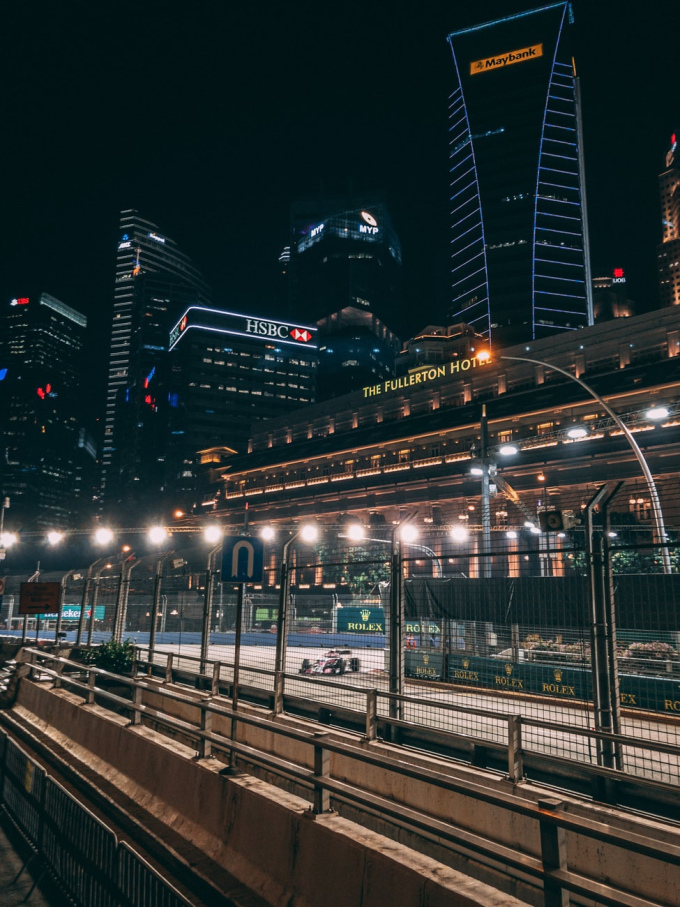 When Liberty Media bought Formula One in 2017, their plan was to make it possible to attend a Formula One race and be entertained whilst never looking at the track. To achieve this, they wanted huge lineups of musicians to perform concerts within the spectator areas.The Singapore Grand Prix has a rich history of this, with past performers including The Killers, Liam Gallagher, Simply Red, Dua Lipa and Calvin Harris.

In 2019, fans at the Singapore Grand Prix will be able to enjoy performances from Fatboy Slim, Gwen Stafani, Muse, Swedish House Mafia, Muse, and the Red Hot Chili Peppers, as well as local acts including singer-songwriter NJWA.

For fans with tickets in Zone 1, free access to the Singapore Flyer (the ferris wheel) is available all day on Friday, Saturday and Sunday granting 165m high views around the circuit and the wider city. A range of racing simulators will be available in several areas around the circuit, allowing fans to show off their driving skills. For those that want to try their hand at being a Formula One mechanic, the Pit Stop Challenge will let fans change the tyres of a replica Formula One car using the same types of air guns used by the teams.

In Zone 4, located in the Clive District, fans can enjoy a wide range of experiences including silk screen printing, a maze, origami workshops and much more. Airbrush tattoos will also be available free of charge to fans in multiple areas around the circuit.

The Singapore Grand Prix always provides a great spectacle. With an almost guaranteed safety car thanks to the tight, twisty track and unforgiving barriers, and a world drivers’ championship that looks like it will go down to the wire, the 2019 race will be one to watch. For those more interested in the off-track action, hours of entertainment will be provided by a star-studded line up of musicians, and many other types of entertainment situated right around the circuit. Whether you’re a die hard Formula One fan, a casual follower of the sport, or more interested in the glitz and glamour of the Singapore night race, the 2019 Grand Prix will be sure to deliver.

The Singapore Grand Prix 2019 runs from 20th to 22nd September 2019. For more information and tickets, visit their website here

[SIFA 2020 - THE LAUNCH] Our EXCLUSIVE INSIDE LOOK at @sifa_sg 2020 is now out on Bakchormeeboy.com. “Looking at the bigger picture, it’s clear how Gaurav has set some very clear goals and parameters since he took on the role of Festival Director, clearly presenting his point of view in each year’s programme and showcasing the best of what the world has to offer. While certainly, not every show in the programme will appeal to every single person, what SIFA has delivered and promises once again in 2020 are works one may well learn to love, spanning genres you may not have dared attempt outside of a festival context. Every year has shown the festival growing and becoming bolder each time, and we’re glad to have seen Gaurav’s SIFA journey from start to end. Above all, he’s firmly placed SIFA as a recurring event to look forward to each May, and as a festival that’s only grown from year to year, one to look forward to as it returns.” The Singapore International Festival of the Arts runs from 15th to 31st May 2020. @sifa_sg @iamgauravkripalani @theartshouse
[THEATRE] [THE LIFESPAN OF A FACT] [AN INTERVIEW WITH DIRECTOR DANIEL SLATER AND CAST - JANICE KOH, GHAFIR AKBAR AND JAMIL SCHULZE] Now out on Bakchormeeboy.com. “On what the message of the play ultimately is, at the end of this ‘comedic but gripping’ battle for the truth, Daniel concludes: “This show is a call to arms to question things more than one usually does. People often spout things off the top of their head or things they might have heard before without asking about the accuracy of that information, like in the UK with the recent elections. We can’t just take things at face value and assume that everything the media puts out is true.” “I do hope this play encourages greater investigation of language employed by politicians and writers, and asks themselves the fundamental questions about what is the truth, and what the goal and intent behind these authors is in their writing, and stop unconsciously accepting what they hear on the streets without reading between the lines.” The Lifespan of a Fact plays from 25th February 2020 at the KC Arts Centre. Tickets available from @singaporerepertorytheatre @janiceymkoh @ghafir @jamil.s.schulze
THE OPINION - THE IMPORTANCE OF FINDING HOPE IN SOLIDARITY (Link In Profile) @nacsingapore @pangdemoniumtheatre @singaporerepertorytheatre @wildricesg @patchandpunnet @andsoforthsg @esplanadesingapore @checkpointtheatre @nineyearstheatre @cathaypacific @artbasel @thesharulchanna @harvard
[THEATRE] [FIKA & FISHY] Our REVIEW of ‘Fika & Fishy’ by @patchandpunnet is now out on Bakchormeeboy.com. “Patch and Punnet knows their target audience well and enlists the use of pop culture references to enhance scenes, such as using the familiar melody of Randy Newman’s ‘You’ve Got A Friend In Me’ (from Toy Story) to emphasise Fika and Fishy’s growing friendship, and the almost cartoon-like way the passage of time is announced.” Fika & Fishy plays from 14th February to 1st March 2020 at 11 Chander Road. @patchandpunnet
[THE BANTER] [AN INTERVIEW WITH ADRIAN, TRACIE AND ZACHARY PANG] [THE SON] Now out on Bakchormeeboy.com. “Adds Tracie: “I hope watching this play helps people better able to look out for the signs of mental illness, be it in their own family or even in the workplace. Maybe there are some people who don’t have the tools to speak up and say they’re not feeling ok. And for the older generation, to understand that the environment has shifted, that they must now have the awareness of mental illness in the world and to keep an open mind about it. Hopefully, it goes beyond the play, where they make an active attempt to find out more after learning about it, and to better, actively intervene before it’s too late.” The Son plays from 20th February to 7th March 2020 at the Drama Centre Theatre. Tickets available from @sisticsingapore @pangdemoniumtheatre @traciepang
[THEATRE] [★★★★☆ THE IMPORTANCE OF BEING EARNEST] Our REVIEW of ‘The Importance Of Being Earnest’ by @wildricesg is now out on Bakchormeeboy.com. “The Importance of Being Earnest is a wild ride from start to end, endlessly quotable, wonderfully cheeky, and swathed in a riotous layer of entertainment and pure joy. But beyond that, in our laughter at these pompous, self-important caricatures of characters, we too recognise the same airs we put on in front of others in an effort to impress them and fit in. Much like the Victorian wonderland portrayed in the play, we see how our modern life still thrives on idiosyncrasies such as ridiculous new trends and of course, the false identities we construct for ourselves, whether online or in real life. As the play draws to a close, there is almost a sense of relief when the truth behind Ernest is finally revealed, and the characters can finally begin to live ‘honestly’ without the need to hide. We see then that the happy ending is achievable only when we too finally understand the importance of being earnest, and live a life as true to ourselves as possible.” Photo Credit: W!ld Rice The Importance of Being Earnest plays from 7th February to 8th March 2020 at the Ngee Ann Kongsi Theatre @ W!ld Rice. Tickets available from @sisticsingapore @wildricesg @ivanhengwild @hossanleong @brendon_fernandez @gavyap77 @chuaenlai @limkaysiu @danielyorkloh