While K. Rajagopal is best known for his acclaimed work on film, the director of A Yellow Bird admitted in Missing’s post show discussion that he was nervous about helming this theatrical work, considering how film and theatre are two very different mediums.

The truth is, he had absolutely nothing to worry about. 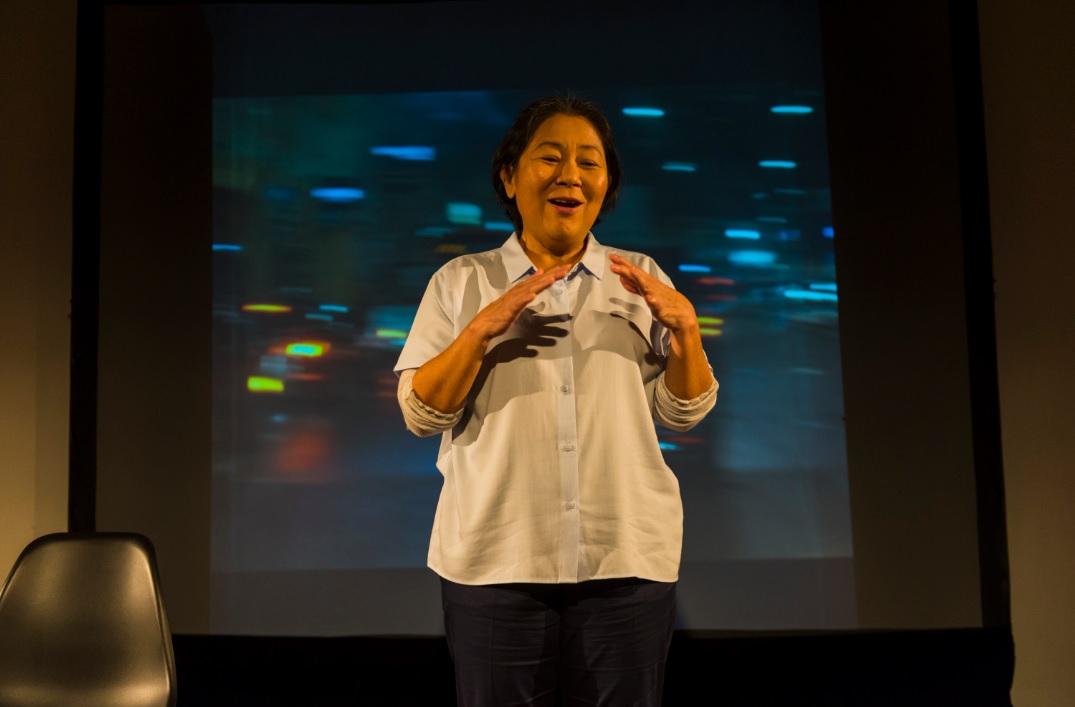 Missing marks the third edition of Spare Room Productions (Tan Kheng Hua and Lim Yu-Beng) and The Arts House’s The Page on Stage series, adapting local short stories for the stage. Adapted from Ng Swee San’s short story of the same name by Rajagopal and Kaylene Tan, Missing stars Neo Swee Lin in a solo performance about a young girl growing up in the 70s, and her relationship with her family and Siva, their Indian chauffeur. 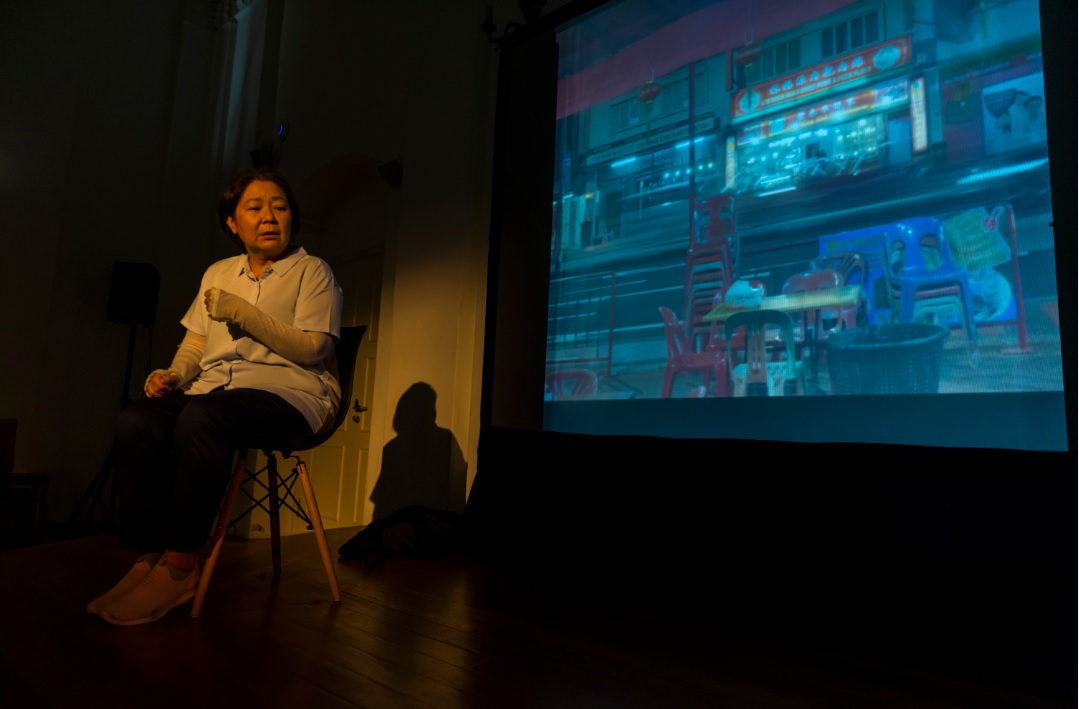 Told in the form of a recount, we are introduced to our protagonist in the present day, now a rideshare driver. From the moment Swee Lin opens her mouth to speak, there is a great sense of solitude and loneliness that characterises the entire play, as she sits alone driving, lost in her own thoughts and memories.

Thanks to Kaylene Tan’s evocative writing and rich descriptions, it’s impossible not to get completely absorbed by Swee Lin’s exquisite performance as she takes us back in time, recalling her character’s abrupt uprooting from their former home in Bukit Timah to Balestier. If anyone has ever spent any time in Balestier at all, the locale comes alive completely in Swee Lin’s recount, describing the kopitiams and layout, while the screen behind her plays looping footage of a car driving through Balestier at night, seen from a driver’s point of view and transporting us to the place itself. 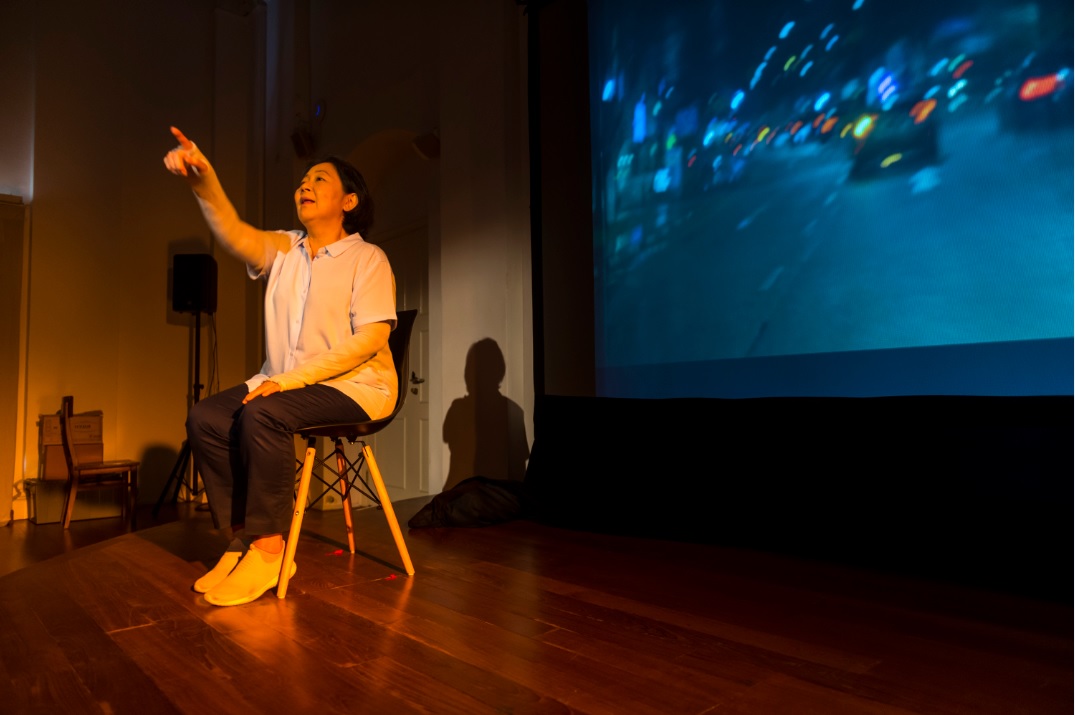 Capturing the frustrations of an adolescent in her expression and voice, Swee Lin’s very body seems to de-age as she takes us back to the life of a young girl in early independent Singapore. Armed with a headstrong attitude and difficult family, we watch as her initial fear of her family’s new driver turns into friendship, then love as she gets to know him better. That relationship is so strongly expressed in both the writing and performance that every shift, every rise or dip in her emotions is felt, whether it is burning desire for Siva, or the shock of learning that he has gone missing. There is a naive desperation and hopeless energy that especially characterises her recount of hand-drawing missing posters and sticking them around the district, as if screaming for him to come home while passers-by merely mock her, elevating a personal loss to a tragedy. 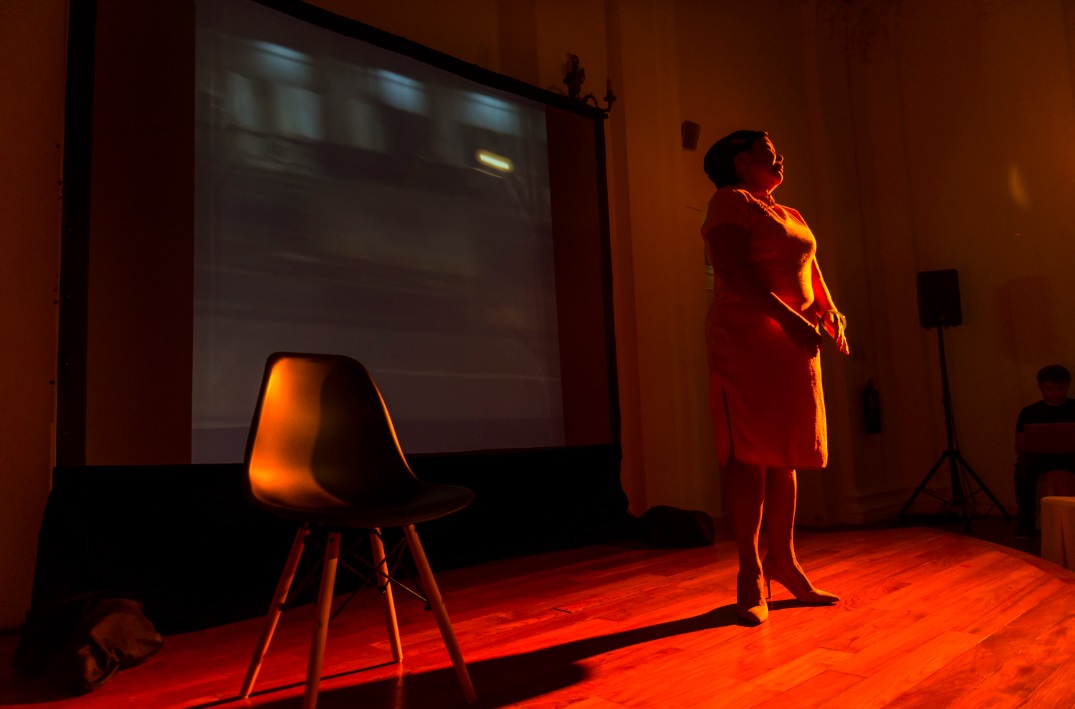 The beauty of Missing’s narrative goes far beyond its poignant portrayal of a childhood trauma though; disguised as a mystery, we are kept hanging on to each clue unveiled over the course of the play, wondering just what happened to Siva when he disappeared almost 40 years ago. When the truth is finally revealed however, that ‘mystery’ gives way to even greater themes of the relationship between women, with Swee Lin changing into a cheongsam and taking on the role of her character’s mother telling her side of the story. 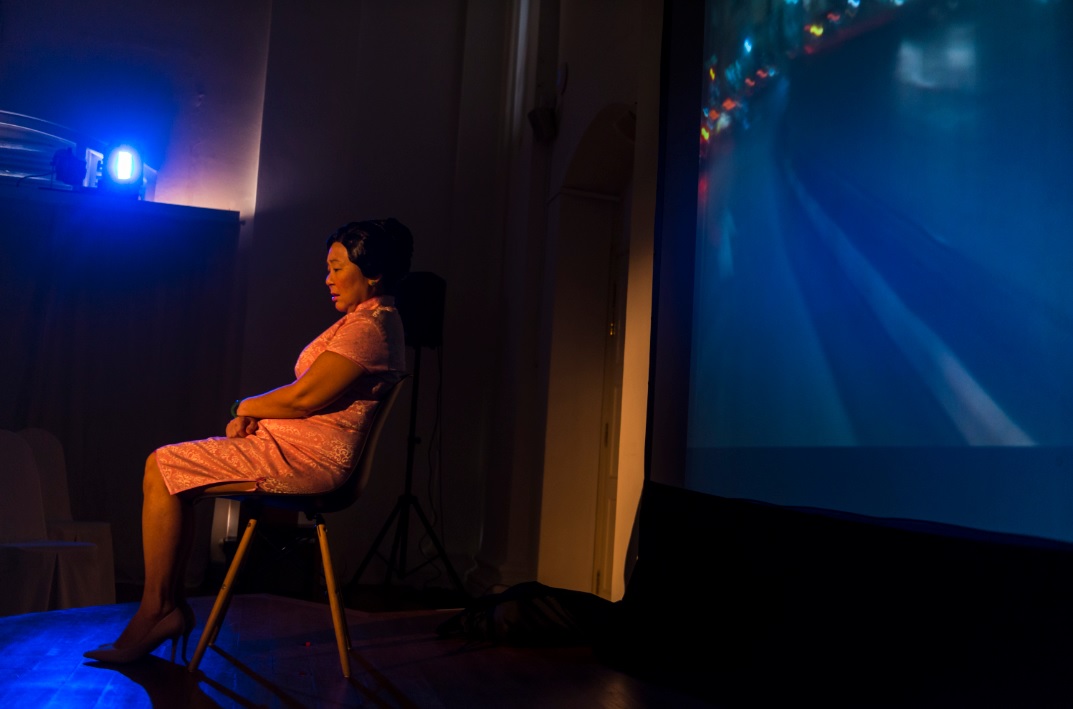 In playing this role, Swee Lin once again proves just how phenomenal an actress she is, taking on a tai-tai character far more reserved, stoic and controlled, yet subtly but surely, still bringing out the complicated myriad of emotions within. As the mother, the story now takes on an epistolary form, as she writes to her daughter studying overseas, a tell-all that both showcases her love and concern for her, while revealing her own marriage unravelling at the seams and all that she can do to survive. Segueing back to her daughter, we learn the terrible truth behind Siva’s disappearance, and feel her crippling guilt that leaves a thoroughly discomforting mark all over the play. 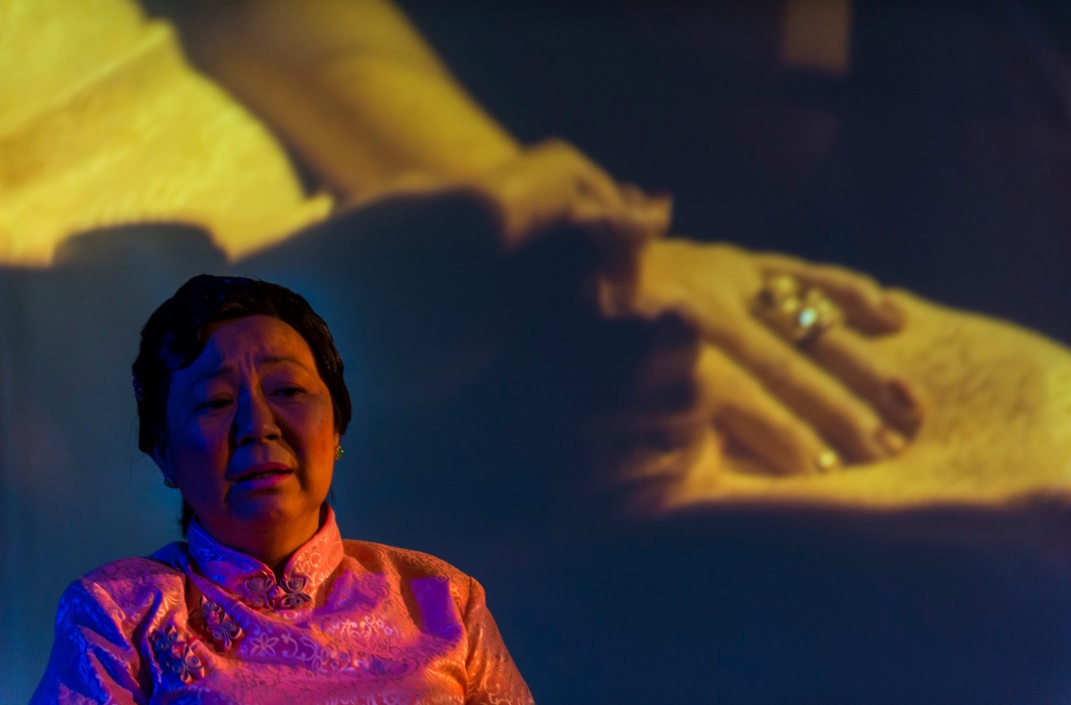 We end Missing back in the present day, on a note of reconciliation as daughter picks up her elderly mother and drives her back to Balestier, hoping for her to recall happier days as they revisit old haunts. She notices a spark of recognition watching her mother’s eyes through the rear-view mirror, and for a moment, both women are in a place of happiness, before driving off once again.

Missing possesses an intricately crafted, quintessentially Singaporean script, managing to tell a complete story of two women in love with the same person that is simultaneously uplifting and crushing. Under Rajagopal’s sensitive direction, Neo Swee Lin delivers one of her best performances in recent years that has brought both her characters to life in all their complexities, their faults and their virtues. A thoroughly affecting exploration of love and loss, the Page on Stage series has proven once again to be a triumphant move for local theatre and literature, bringing us some of the most powerful stories from home that leaves us reeling and wanting more.

Missing plays from 4th to 7th July 2019 at The Arts House. Tickets available from Peatix

The next edition of The Page on Stage will feature director Lee Thean-Jean, in an adaptation of Dora Tan’s Seven Views of Redhill, from 11th to 13th October 2019, also at The Arts House. Tickets to be released soon.

1 comment on “Review: The Page on Stage – Missing presented by The Arts House”