Eco-Couture And Not A Trash Bag In Sight: Daniel Boey Brings Sustainable Fashion To The Runway For New Year’s Eve Countdown 2020

Moving from 2019 to 2020 may spell the end of a decade, but it certainly doesn’t mean we’re starting completely afresh. One of the biggest concerns of 2019 turned out to be sustainability, and for Singapore’s ‘Godfather of Fashion’ Daniel Boey, he’ll be bringing that into vogue this New Year, with a runway show focusing completely on local brands championing sustainable fashion.

With the runway show taking place as part of Mediacorp’s annual New Year countdown on 31st December, it certainly drives home a statement about the importance and need for visibility of such a movement. “Both Mediacorp and us started discussing this from as early as January this year,” says Daniel, “and during the National Day rally, with Lee Hsien Loong’s mention of sustainability, it became obvious that this isn’t just a niche thing anymore, and something we should all be thinking about, so we went into it full swing.”

At the heart of the project is a desire to change the perspectives and mindsets of what sustainable fashion is. “During the fitting, one of the artists came in and said ‘These clothes don’t look sustainable,” says Daniel. “I then asked him what he thought sustainable fashion looks like. We want to dispel the notion that sustainable clothing has to look recycled or like trash, and the best kind is when you really can’t tell. We also wanted to promote the fact that there are sustainable designers in Singapore, who go beyond designing shapeless, resort-wear in earth tones, made of cotton or linen.” 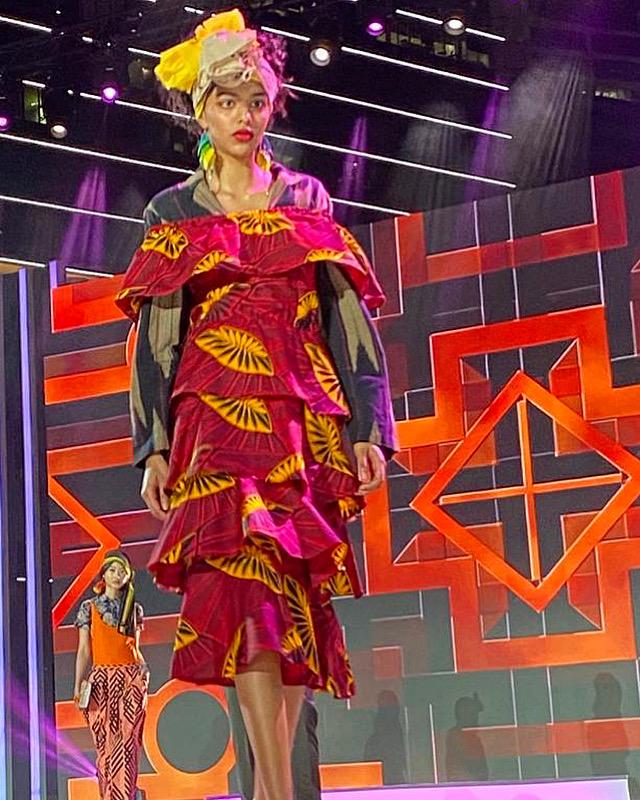 Some of the designers who will be featured include The Kang, Oliveankara, QLOTHÈ, Looms, To Tie For and Jo Kilda, and many of these brands employ production techniques that may not immediately seem to be sustainable. “I intentionally didn’t pick designers who fit into the preconceived notion of what sustainable wear is, and many of them do things like re-purposing pre-loved pieces, and who showcase the sheer range of how sustainability can be practiced in many ways,” says Daniel. “Take a look at Matter Prints for example, who manufacture their prints in a responsible manner and are able to craft pieces that are ethnic yet not necessarily looking like a costume with their modern sensibilities.”

“Even ITT Swimwear, for example, is a brand you might not imagine is sustainable,” he adds. “The brand was started by an ex-model who was always environmentally friendly, and back in the day, she would pack drinks into a tumbler and avoid using plastic straws, way back before 2019. What ITT Swimwear does is find new life in old clothes, and uses nylon that has been re-spun from discarded clothing. Or it can even be something as simple as tailoring, which you see in Q menswear. With zero inventory and lasting quality, there is very little wastage, plus, the guys at Q also use remnant fabric as material for things like pocket squares, making tailoring one of the most sustainable practices in fashion.”

Daniel acknowledges that while the movement is small, it’s all we can do to take the first step and try to popularise it as time goes by. “We haven’t yet found a cost-effective way of making sustainable cheaper than commercial, but it’s a duty I think we should take upon us, and the more people embrace it, the more demand there is, then the costs will go down,” says Daniel. “One thing I’ll always remember from my childhood was this programme called the Night of a Thousand Stars, and there were all these performers acting, dancing and singing. In the middle, there was a fashion show that was this absolute performance that’s remained etched in my mind ever since. What I hope is that people will see it on TV as a spectacle and entertainment, and that it’ll catch their eye and make them think and maybe convert them into believers of this sustainability movement.” 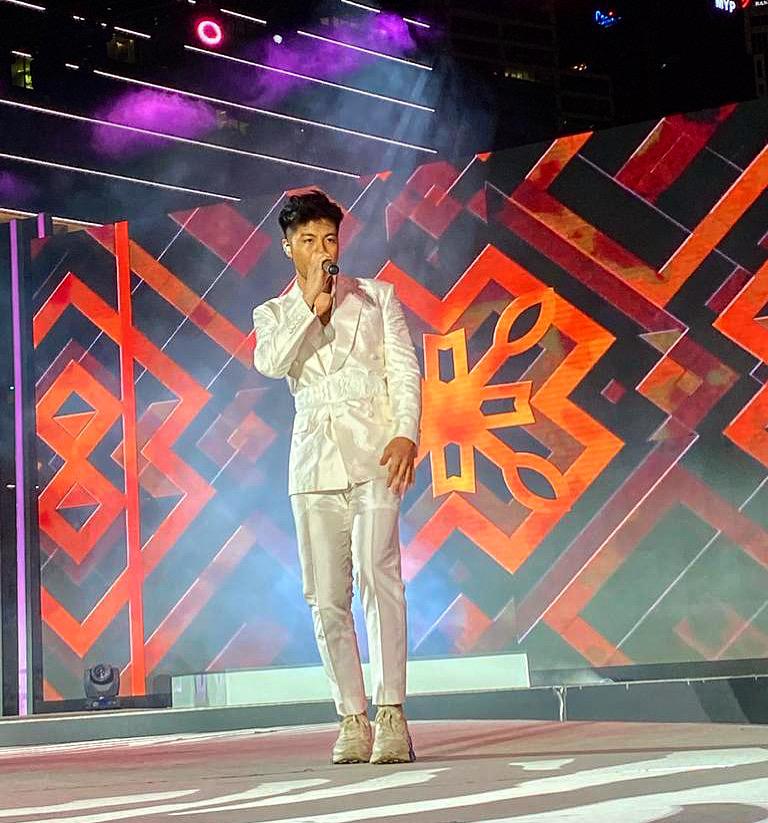 Benjamin Kheng, dressed in a suit by Q Menswear, with a cummerbund by The Kang, made from fused plastic bags saved from supermarkets

“So I want this to be more than a fashion show, and that’s why I’m working with people like Benjamin Kheng to be one of the highlights of the show,” he continues. “After all, he’s just released this great song that’s perfect for walking down the runway to, and he’s someone who really truly believes in sustainability. He’s also someone with a lot of stage presence and charisma, and that’s important to be able to hold your own against the 6″2 models walking along with you. So we’ve worked together with an arranger to make this a 6 and a half minute track, and he’ll have a choir backing him up, and the whole thing is this combination of creative minds coming together to produce the best show possible.”

Benjamin Kheng’s outfit encapsulates Daniel’s sustainable ethos in a single look, dressed in a tailored suit by Q Menswear, with a cummerbund by The Kang, made from fused plastic bags saved from supermarkets.

Speaking of supporting local, Daniel is also making sure that the show features plenty of local models, and showing Singapore (and the world) that our models can certainly hold their own on the catwalk as well. “It’s been quite a while since Singaporean models really made a splash on the international fashion scene, with most of those debuting in the 2000s just having one-off showings,” says Daniel. “But more recently, there seems to be a resurgence, with Layla Ong walking for season after season, to Jean Yong who’s been walking in Paris. The time has come to celebrate Singapore models once again it seems. It’s also a way of celebrating the agencies and management that’s help them get to where they are today, talent spotting them and grooming them to reach these heights. And of course, they’re all Singaporean.” 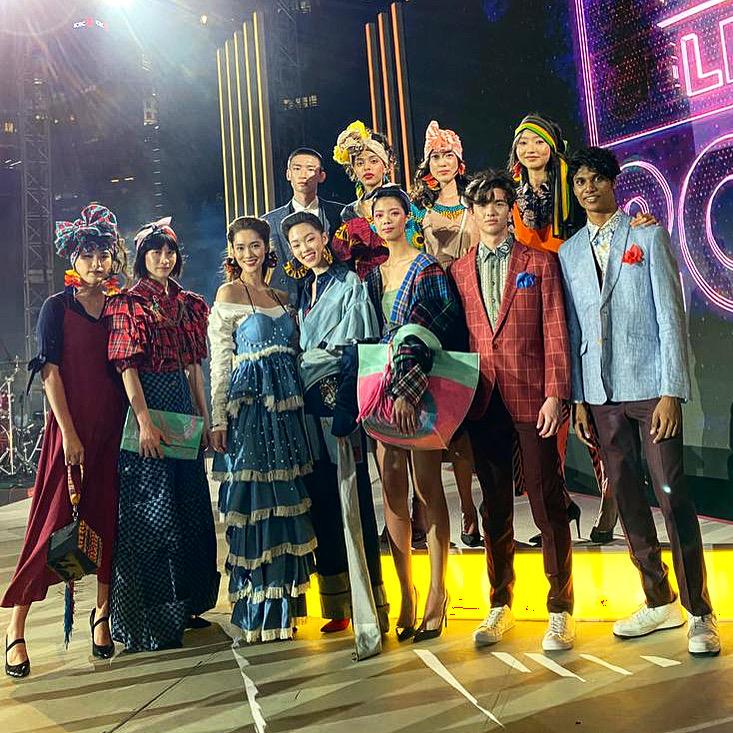 “One thing that has got me excited is how fashion has always been very sidelined, and to me, one of the most important things was to put fashion front and centre in a show that’s traditionally been focusing on singers, dancer and actors,” Daniel enthuses. “I thought it was a big step up for them, and for them to bring it back this year, after we did that last year, really shows a vote of confidence where fashion shares that same level and platform as the other art forms and entertainment that makes up the Countdown show. With next year marking my 30th year in the fashion industry, it feels like a long time coming for fashion to finally be accepted as ‘mainstream’ enough to get a feature on television. It’s an absolute win for the industry, and I’m so proud that we do have the talent to support such a show, and show viewers that we’re not just doing it for the sake of it, but that we do have amazing fashion designers and models in Singapore.” 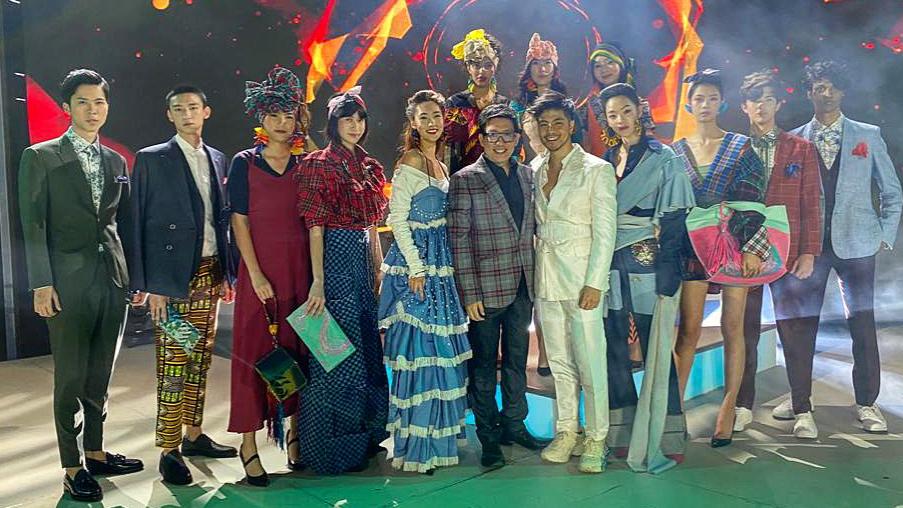 Daniel concludes by expressing his wishes for 2020, emphasising how he hopes to be pushed even further and push his craft alongside it: “I hope that I can collaborate more with other creatives who’ll push my boundaries and force me out of my comfort zone. I look forward to doing more cross-collaborative work. I do strongly believe that there is no one creative discipline that can put out work on its own, and the future, much like how this show comes together as a mix of talents and creatives minds, is all about collaboration.”

The Marina Bay Countdown 2020 takes place at the Promontory @ Marina Bay on 31st December 2019, or stream it LIVE from 10pm on Toggle. More information available here