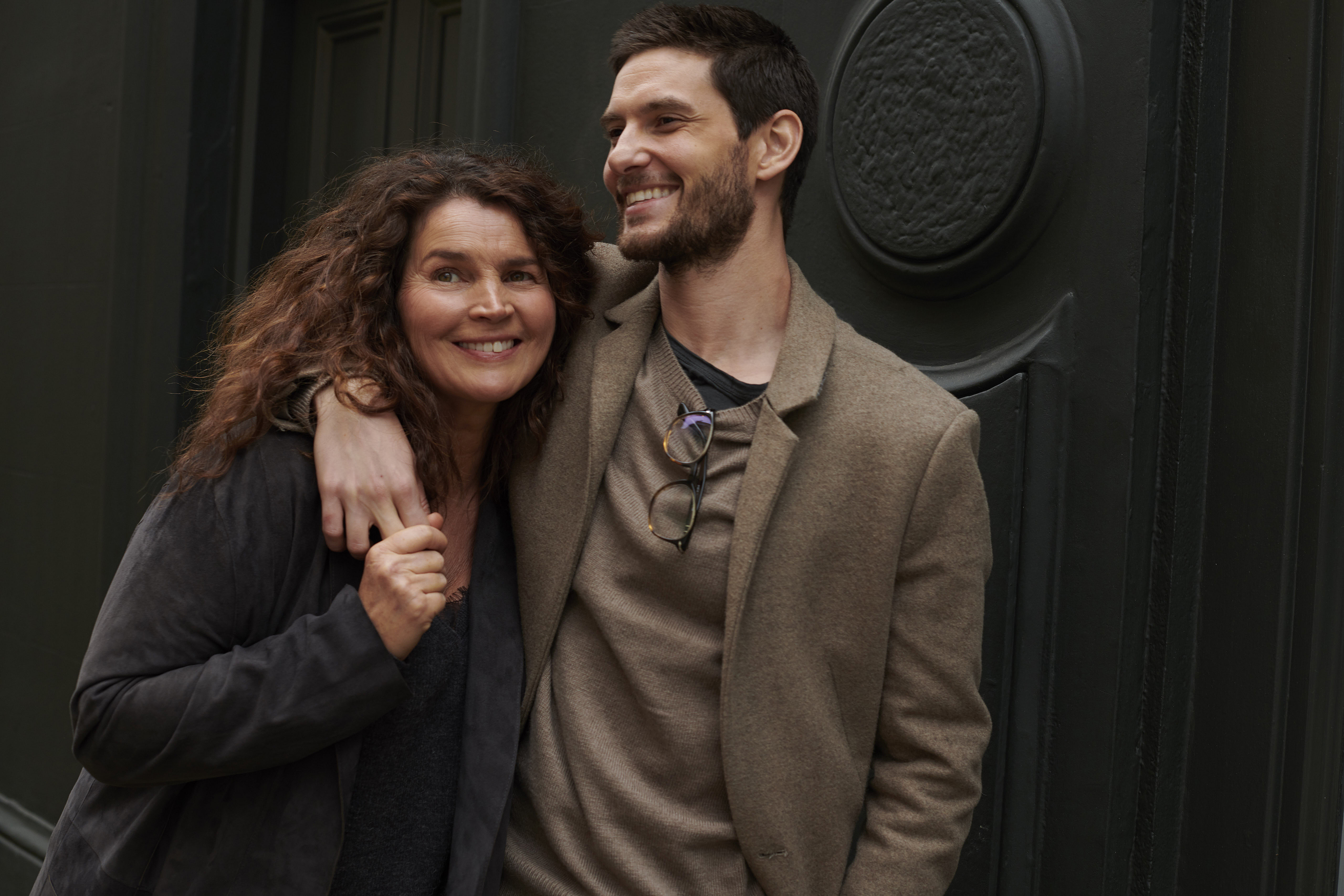 Modern love is already hard enough as it is. But when you’re a 60-year old divorcee who’s dating a charming man half your age (much to the chagrin of your family), the odds of your relationship succeeding seem slimmer than ever. Further complicating things is this man’s shrouded history, and the accusations that he may well just be a gold digger after your money. What’s a girl to do?

That’s something Julia Day (Primetime Emmy Award winner Julia Ormond) has to figure out for herself in the six-episode BBC series Gold Digger, as her relationship with 30-something year old copywriter Benjamin Greene (Ben Barnes) hangs in the balance. Described as a “contemporary, character-driven relationship thriller”, expect plenty of twists and turns to keep you guessing will they or won’t they, as you binge-watch this series from start to end. 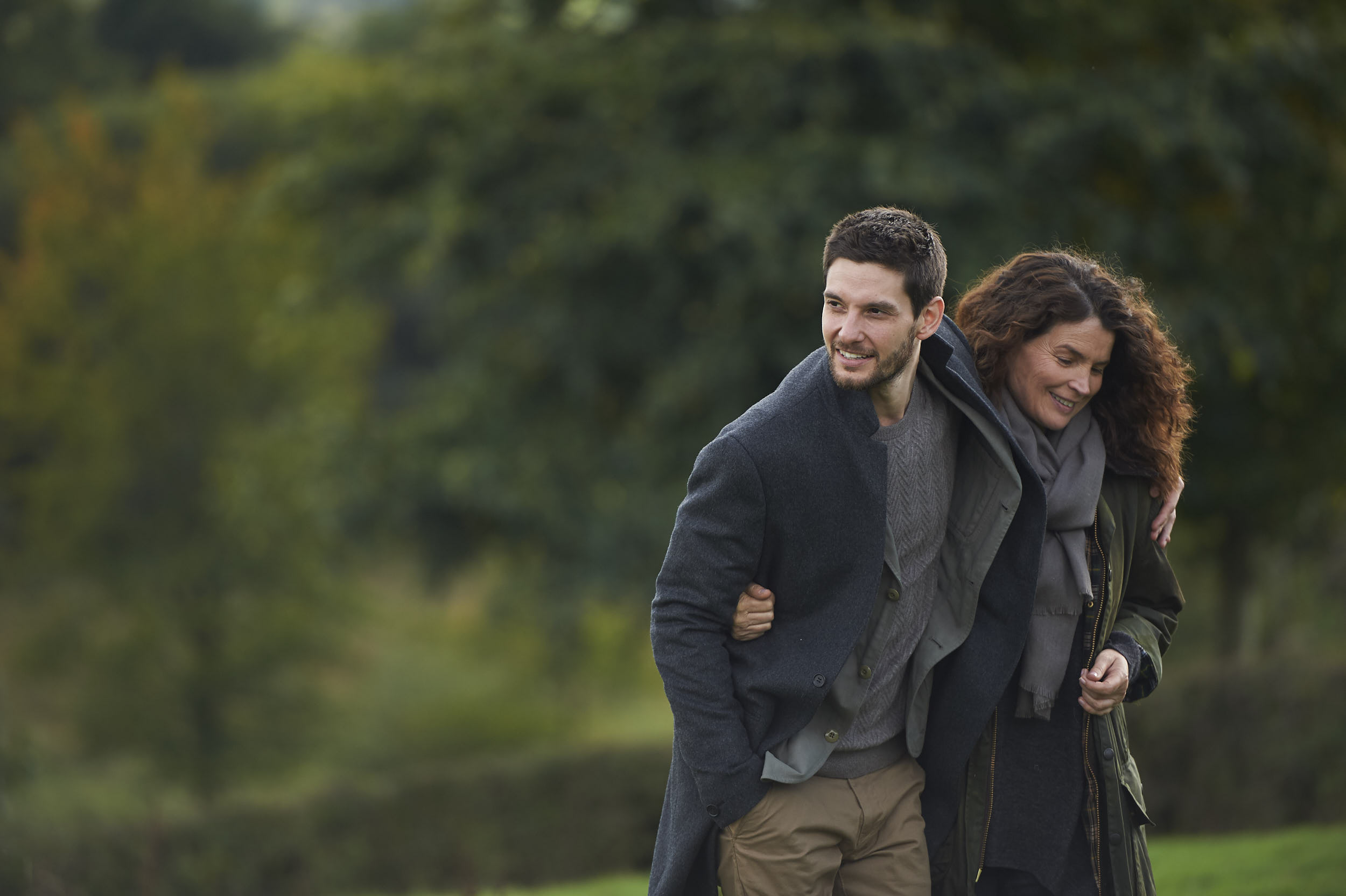 In an exclusive interview with stars Bane Barnes and Julia Ormond, we found out a little more about what their experiences have been like working on the show, and their own thoughts on the prejudices against May-December relationships. Speaking to Ormond, she shares just how much respect and love she has for Gold Digger’s cast and creative team.

“We’ve got a phenomenal cast, and as an actress, it’s quite extraordinary how giving everyone was and how we all had this similar style of working,” says Ormond. “We all kind of feed off of each other, and that’s not something you always get with actors. As an actor, this is one of the best things I could have hoped for, and I really perform better depending on the energy of the people around me, and to that end, they’ve done a fantastic job.”

“Ben Barnes in particular, has turned in a wonderful performance. He’s a very sensitive actor who’s lovely to play opposite, and he’s very finely tuned in his choices,” she adds.  “His character, being my lover, is essentially at the centre of Gold Digger, and in each episode, he has to finely tread and figure out what to share with other people. A big part of the tension lies in how there’s an ambiguity to his character that’ll keep you guessing whether he is or isn’t a gold digger. Secrets are just so damaging for people. Even seemingly innocuous things, they impact your authenticity and how you go through the world, and the relationships you end up having.” 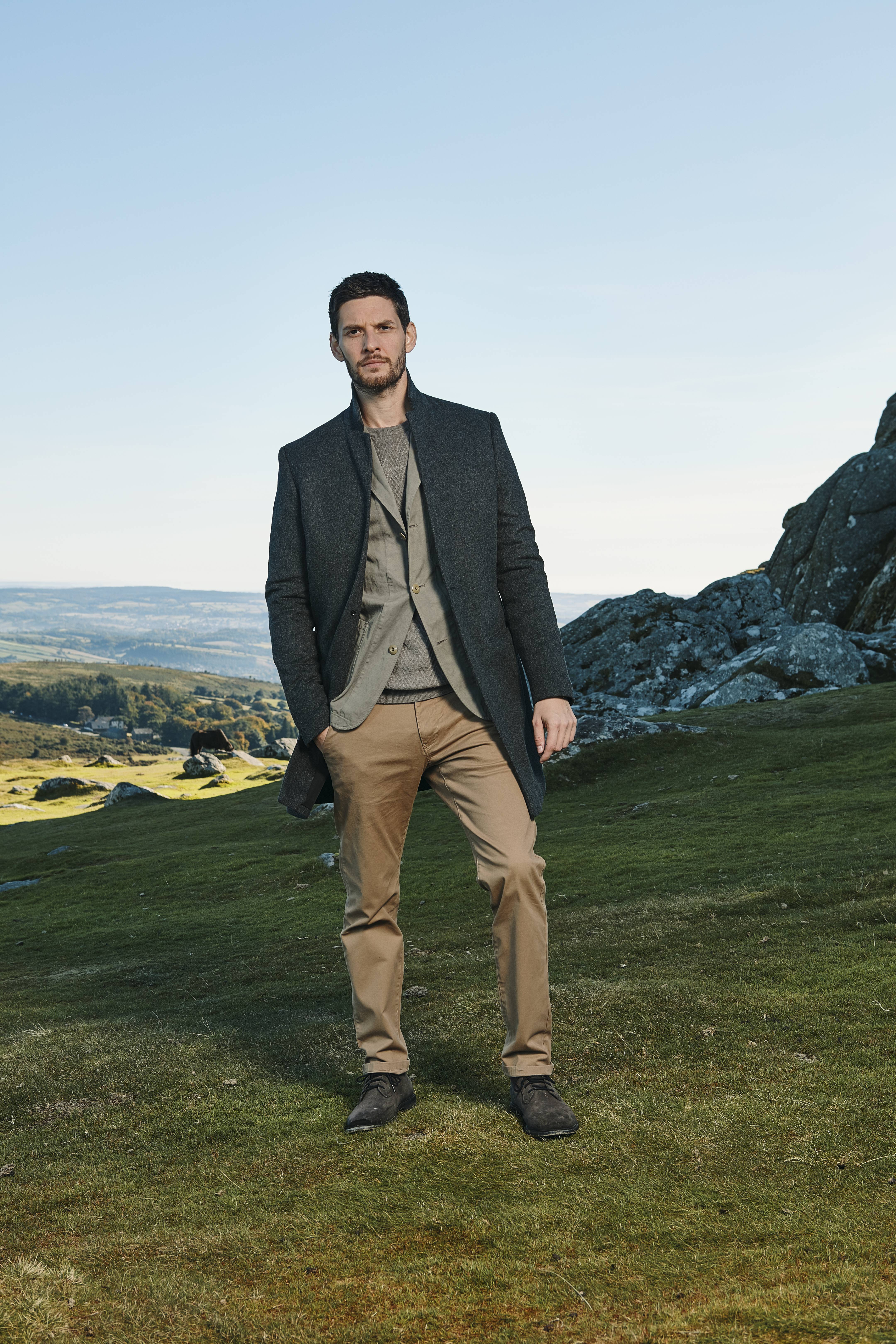 On what drew him to the role, Barnes comments: “It’s been maybe 10 years since I last worked in England, and this whole time I’ve been playing American characters on shows like The Punisher or Westworld, which were more fantastical and out there. And even now, I’m busy filming for this new Netflix fantasy series called Shadow and Bone, which kind of calls back to my days of shooting Prince Caspian. It kind of felt like it was time to do something more down-to-earth.”

“When I received the script, I read all six episodes at one go, because I became so desperate to know more about these characters, and to know this family at the centre of the show,” Barnes continues. “One thing I had to do was to prepare each scene two ways – one where Ben really was a gold digger, and one where he was true with his intentions towards Julia after all, and just misinterpreted by the family. That mindset affects every choice and the way you play every action on set, and it’s important that through it all, his intentions always remain ambiguous. And in the final episode, the show really digs deep into Ben’s past as well, showing his motivations and why he does things, and it’s a huge role.” 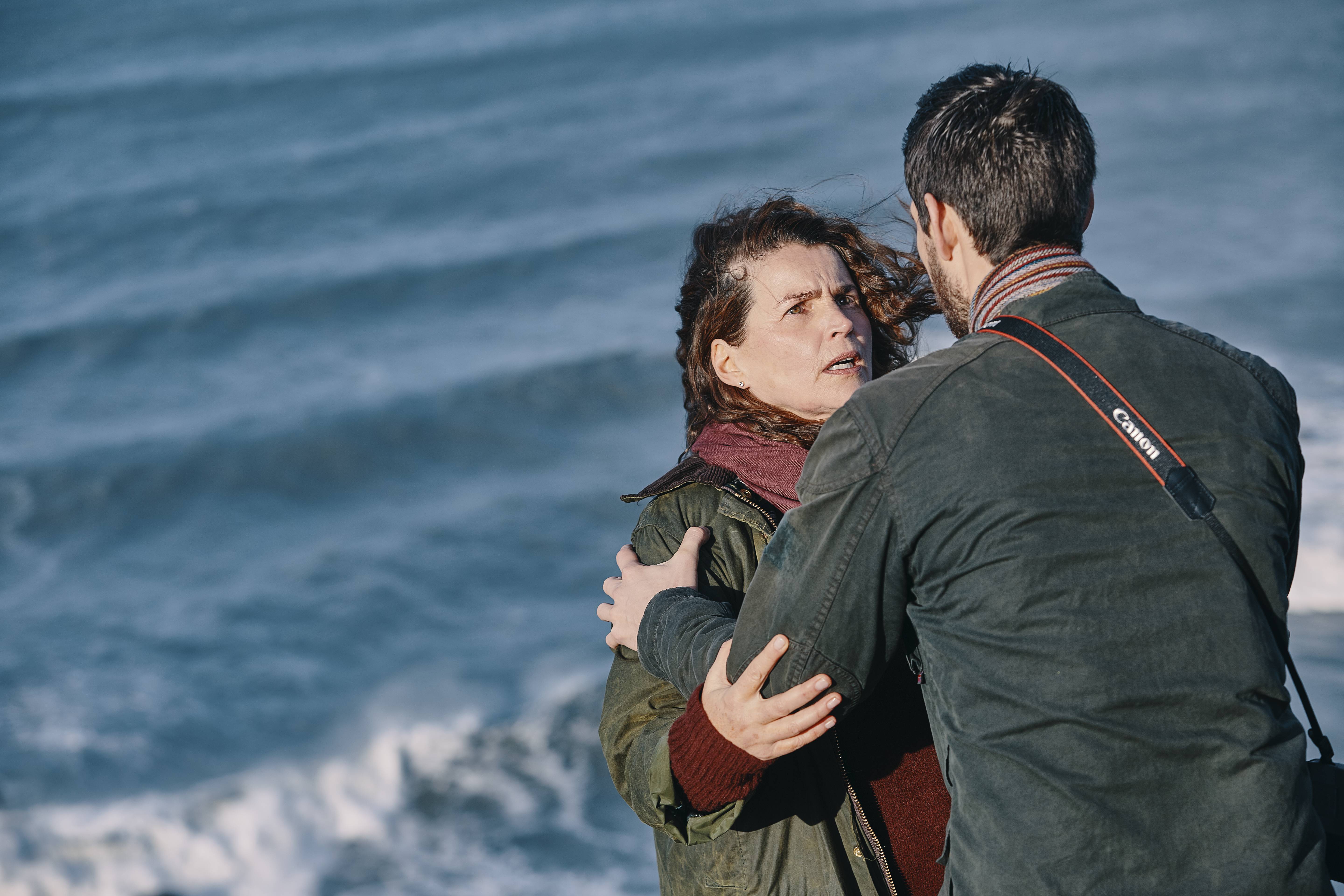 Part of the show’s success lies in the two actors’ strong onscreen chemistry with each other – something that was achieved because of how much work went into preparing for the roles. “Both of us actually live in Los Angeles, and we met each other at the airport,” says Barnes. “We took this long flight together, drinking ginger ale and chatting, and we landed up in the countryside. I hired a car, we went down a country road and had dinner in a pub. These ‘actor dates’ really helped build up our comfort with each other, which was essential for the intimate scenes. And I don’t just mean the sexual ones, but even just to have this level of trust with each other when we need to let go of our emotions on set, and know that we’ll be taking care of each other the whole time.”

In terms of her transformation into the Julia of Gold Digger, Ormond credits the hair and makeup team, as well as the writing by creator Marnie Dickens. “Marnie is so specific in her stage directions,” says Ormond. “She always includes an enormous amount writing of body language, and she’s someone who really respects the written word. It’s the icing on the cake to all the actual content that’s happening in the script, and she’s captured all these interesting character arcs, vulnerabilities and flaws.”

“A six-part series is actually pretty long, and there’s so much information we have to get out,” she continues. “A lot of the prep work went into thinking about how the typical woman in my age group in a situation like this would really express myself, and how to capture in her physicality these responses to her children leaving home, her new priorities, and the way she interacts with others.” 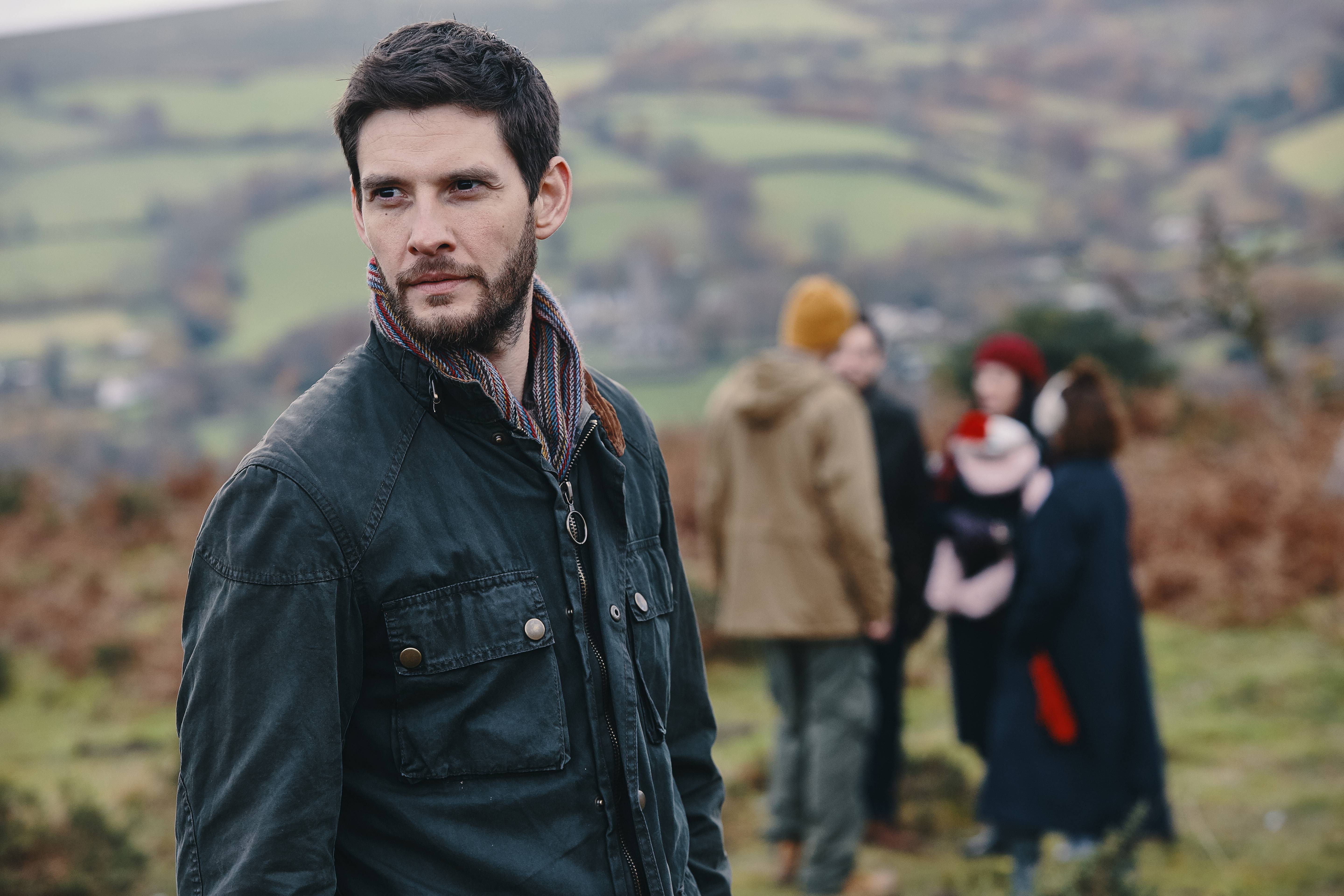 Commenting on the situation her character finds herself in on the show, Ormond explains how Julia has always been a woman who’s put her children and family first. “But now that they’re grown up and have left her, there’s a lot of mess surrounding them and this feeling of entitlement to their inheritance,” she says. “So they’re trying to dismiss this relationship, and they’re very condescending towards her. Essentially, it’s question of whether her relationship with Ben will implode, or the family will explode.”

“So Gold Digger is really about this specific woman, and what she’s been like in the past, and figuring out this new man in her life,” she continues. “We think a lot about why two people come together, and whether age really matters when there’s something genuine beneath it. Julia is a very insecure woman, and so getting into a relationship like this is very provocative for her as an individual.” 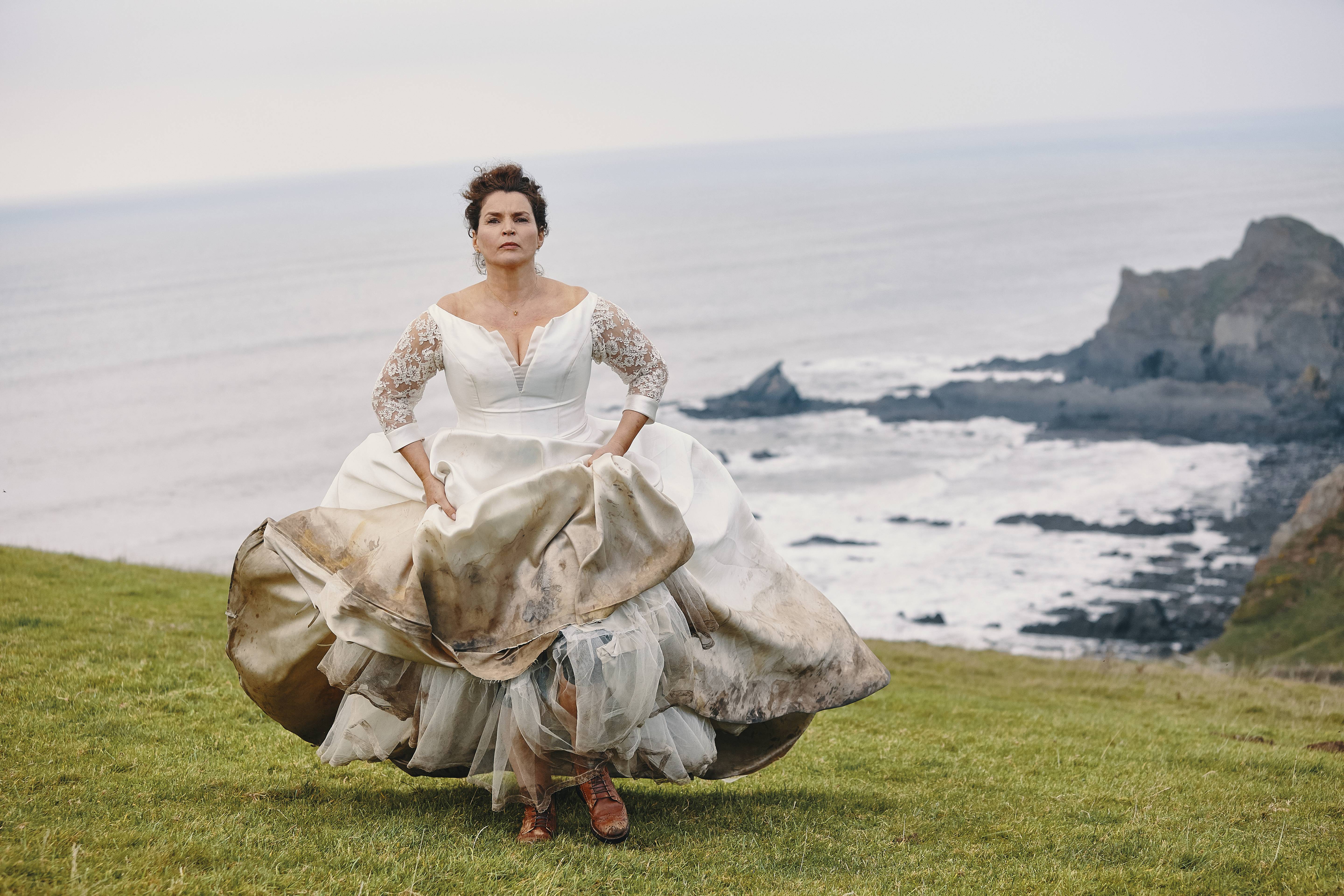 Barnes is particularly pleased with how Gold Digger is forward thinking, in that it places this 60-year old woman as a protagonist, showcasing her in all her facets and roles as a mother, a wife and a lover, something still rarely championed by most television shows. “I think that in this age of television, there’ve been so many great strides to improve representation, from people of colour to LGBTQ people in stories,” he says. “And more and more, you’re seeing increasingly diverse cast members across different shows, and it’s so important for young people watching it, because they can see these characters on screen and identify with them.”

“For Julia, this idea of a leading woman in her late 50s or so is such a rarity, and Gold Digger really shines a light on what it means to be a part of society when you’re that person. When you watch the show, it’s intriguing to see her children judging her so much for her relationship, and you really feel for her and wonder why she’s being judged so hard,” Barnes adds. 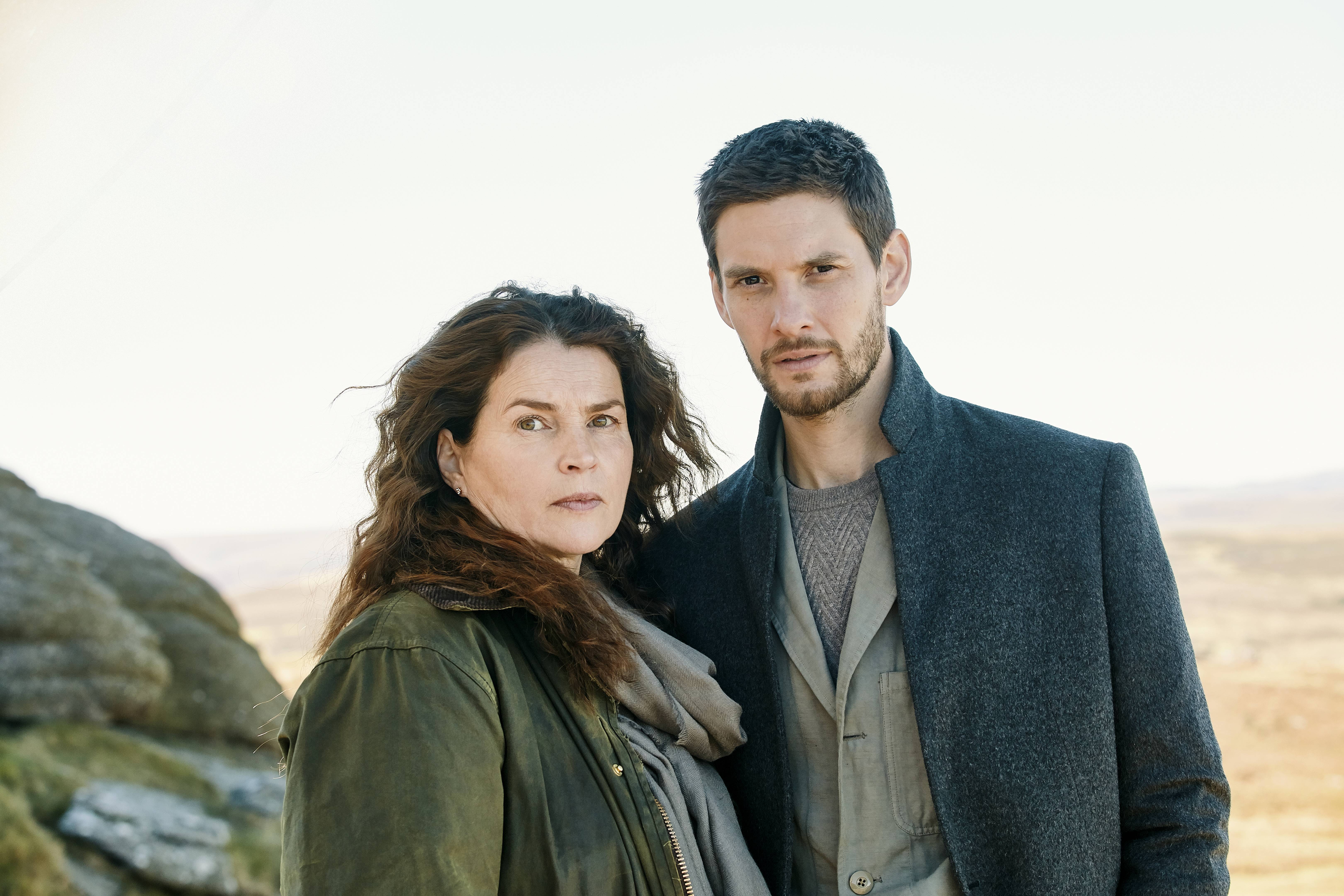 Commenting further on the stigma attached to older women in a relationship with younger men, Ormond adds: “Being on this show has made me realise how deeply ingrained this idea is that it’s not ok for an older woman to go for a younger man. I know quite a few older women dating younger man, and even though the perception is changing, there’s definitely still a lot of ongoing prejudice. It’s actually pretty misogynistic to think about older women as ‘past their prime’ and that it’s ‘not right’ to engage in such a relationship.”

“I think a lot of it has to do with how men are always seen as the provider, so when it’s the other way around, with an older man taking on a younger, prettier woman, people tend to be more forgiving, and because it’s been happening for all time. But when it comes to an older woman, it throws us for a loop because there’s the additional issue of emasculation the man has to deal with, and we question the man’s financial security.”

As to what she found was her most memorable moment on set, Ormond recalls a peaceful moment in the British Museum before it even opened to the public. “That was a really special moment, to get the chance to walk around this stunning space devoid of people,” she says. “As an actress, we get so many experiences in addition to actually acting. The only glamorous part is the red carpet, and I don’t really like that. It’s a whole smoke and mirror effect that’s wrapped around the marketing of actors. But sometimes you get to do things like these, and you just think to yourself ‘oh my god I’m so lucky to be able to experience this’.”

With regards to the ongoing COVID-19 situation, both actors are thankfully, safe and well as they remain in their respective homes, hoping that the crisis will blow over before long. “It’s a difficult time for everyone, what with being kept inside, and the only way to fight this is by being patient,” says Ben. “I’m living in California right now, far from my family, and it’s been hard. Though not as hard for the doctors and nurses and other front-line staff of course. It’s so hard to wrap our heads around it, and so difficult to comprehend. Never in my life have I ever experienced anything that’s affected the world, and it’s weird because it’s almost some kind of great equalizer.”

In a time where entertainment venues are closed and most of us are holed up at home, one of the most comforting things one can do is to get comfortable, and forget about our worries with a good TV show. Ormond is no different, and intends to catch up on some of the biggest blockbusters on TV. “Primetime television like Game of Thrones and The Walking Dead are on my list of things to watch, along with favourites like Modern Family,” she says. “I hope that viewers get hooked on Gold Digger too after the first episode, not just because I had so much fun on it as an actor, but because I really do love the story and how it kept me gripped throughout.”

Catch the premiere of Gold Digger on Friday, 17th April 2020 on BBC First (StarHub Channel 502). Available as catch up on BBC Player – relaunching in April with a new design. Watch it on a bigger screen with Chromecast and Airplay.