Dance With Me: From Heart To Hearts For Hearts by Grain Performance and Research Lab (Review) 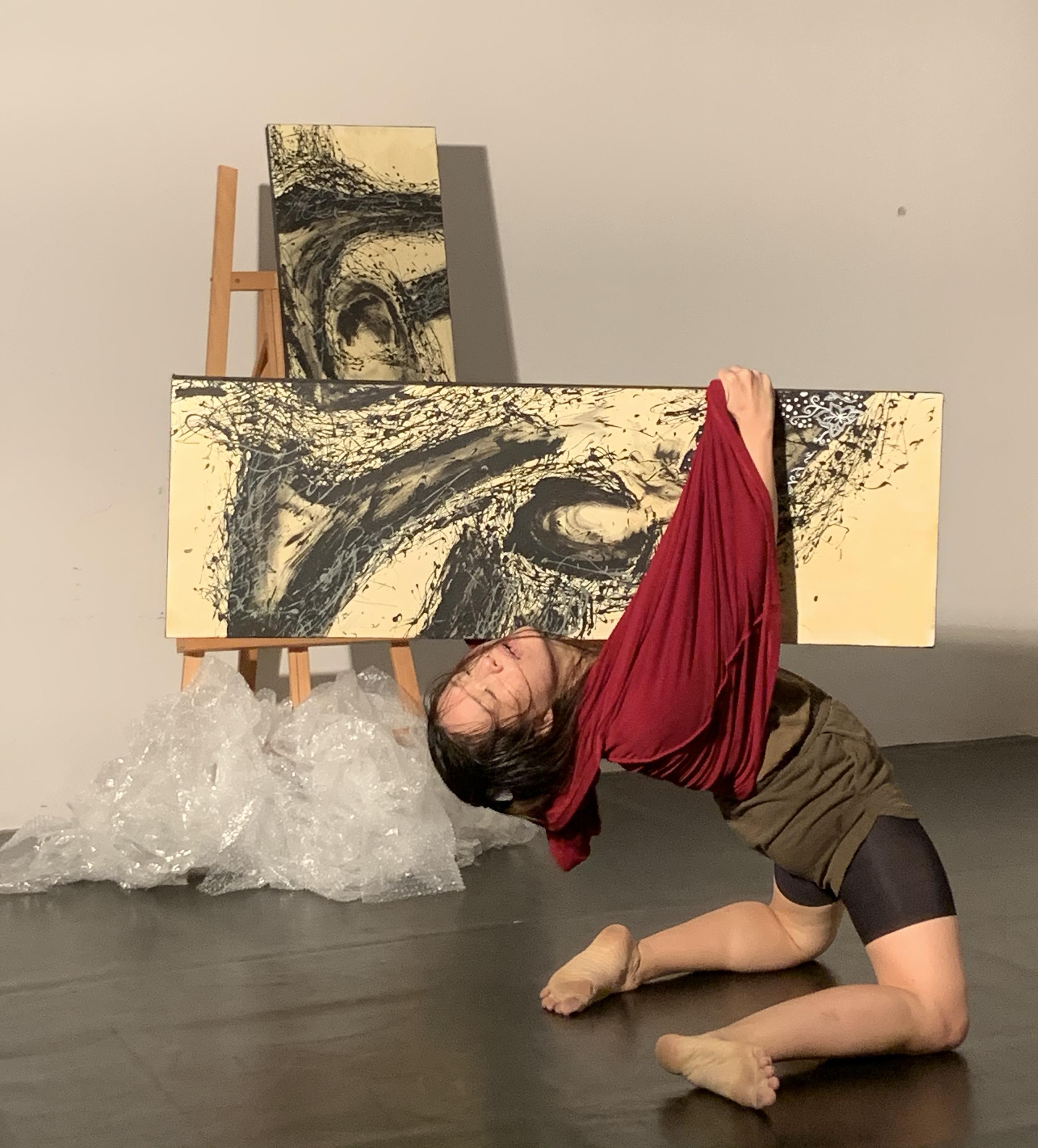 Getting to the heart of CHD through dance.

Often, words alone cannot describe what it is like to live a life that’s different from ‘normal’. For visual artist Kylie Boo, who was born with a rare congenital heart defect (CHD), that’s something she expresses through her surreal paintings of hearts, from being surrounded by tigers, to vessels and arteries with the galaxy itself flowing through them. 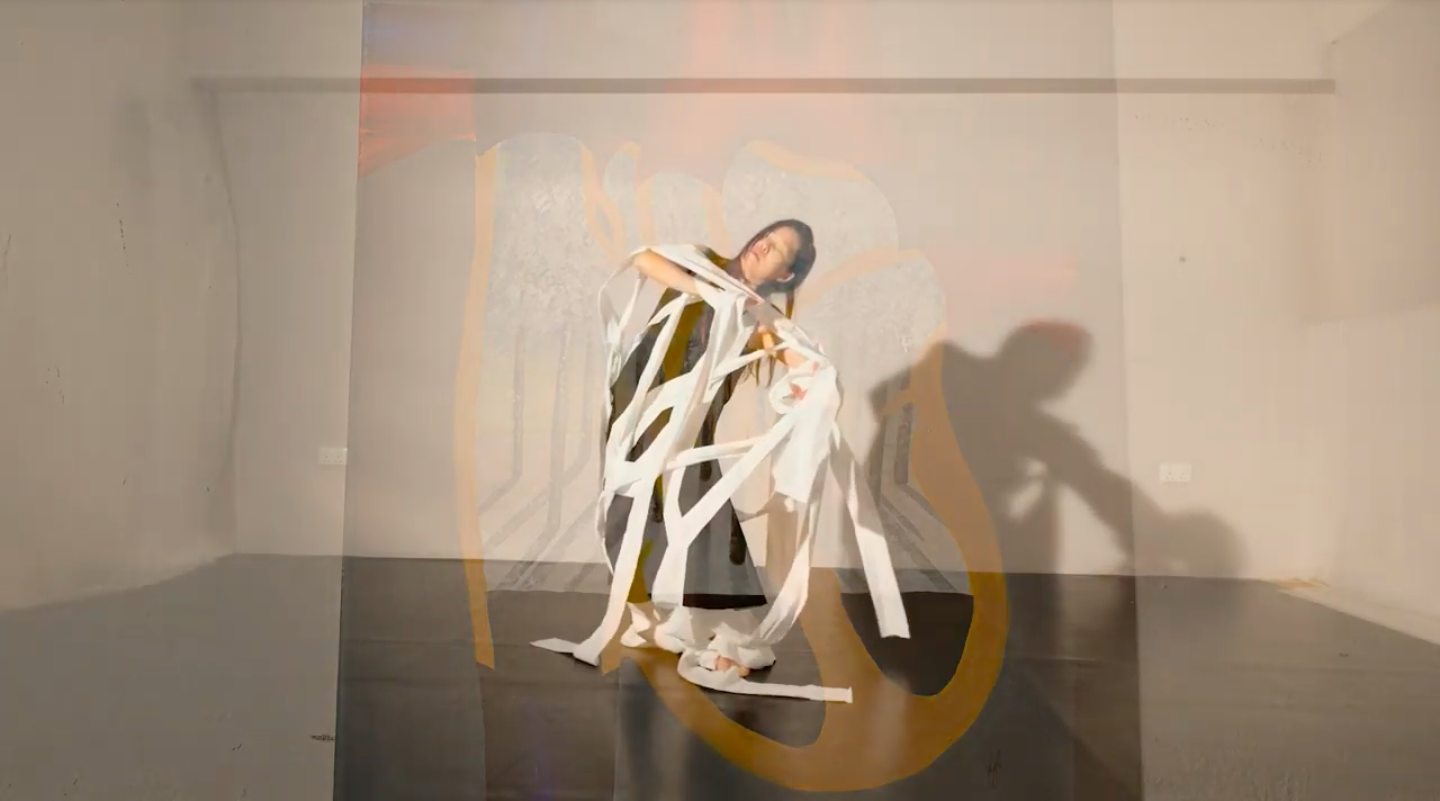 In response to these artworks, local theatre director and physical theatre performer Beverly Yuen has crafted From Heart To Hearts For Hearts, taking audience members on an eight ‘act’ performance that takes inspiration from the lives of people living with CHD. 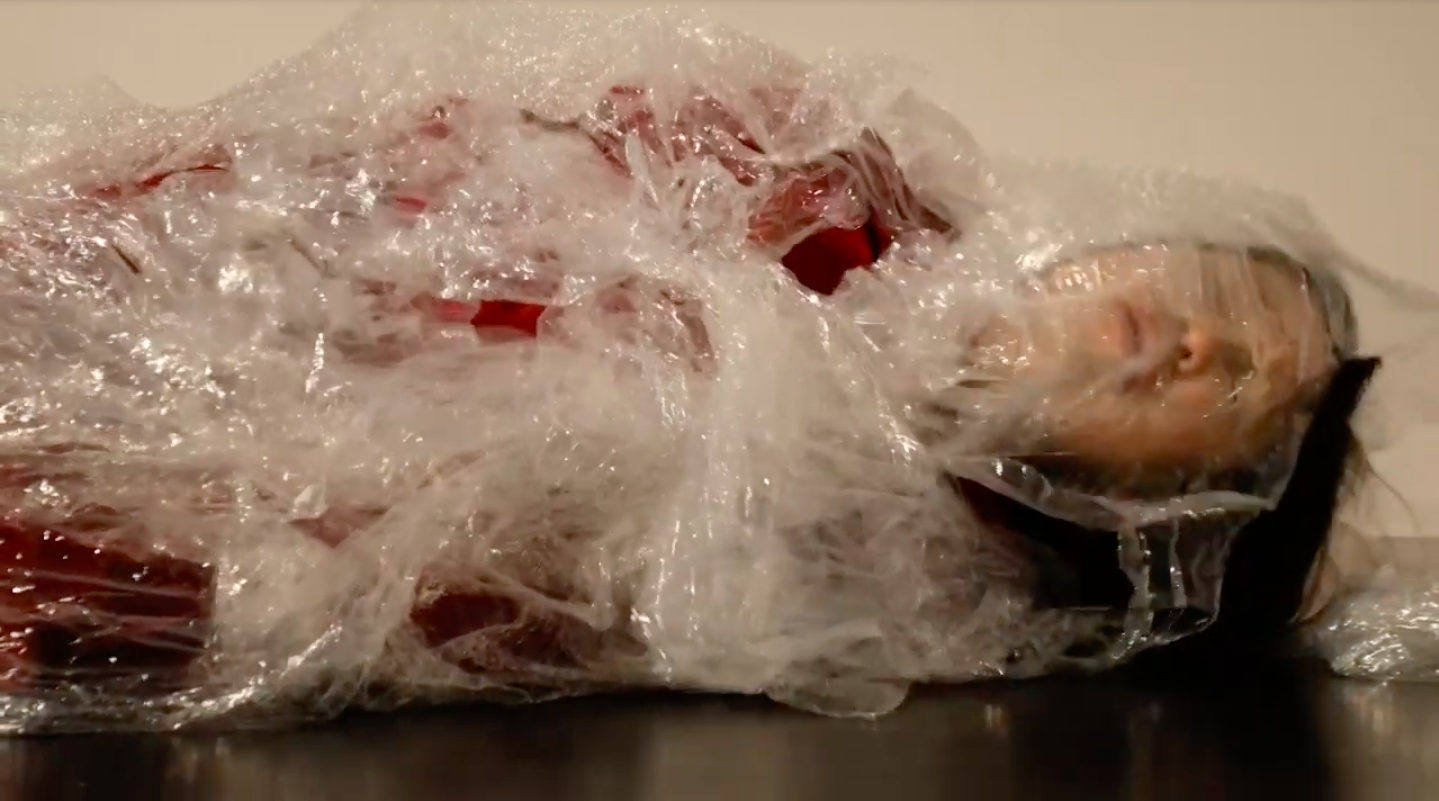 First emerging from a plastic wrap ‘cocoon’, as if newly born, Beverly’s performance begins with her initially spritely and fighting fit (with her martial arts-like movements) while she dons a red cape, yet we sense that there’s something amiss as she begins to breathe heavily. From here, she takes us across the seasons, her body and movements changing as the cycle continues. In ‘spring’, she uses a yellow cape, seemingly unchoreographed at first and relying on her instinct, but eventually wrapping it around her like a skirt, and then becoming a butterfly flapping its wings. 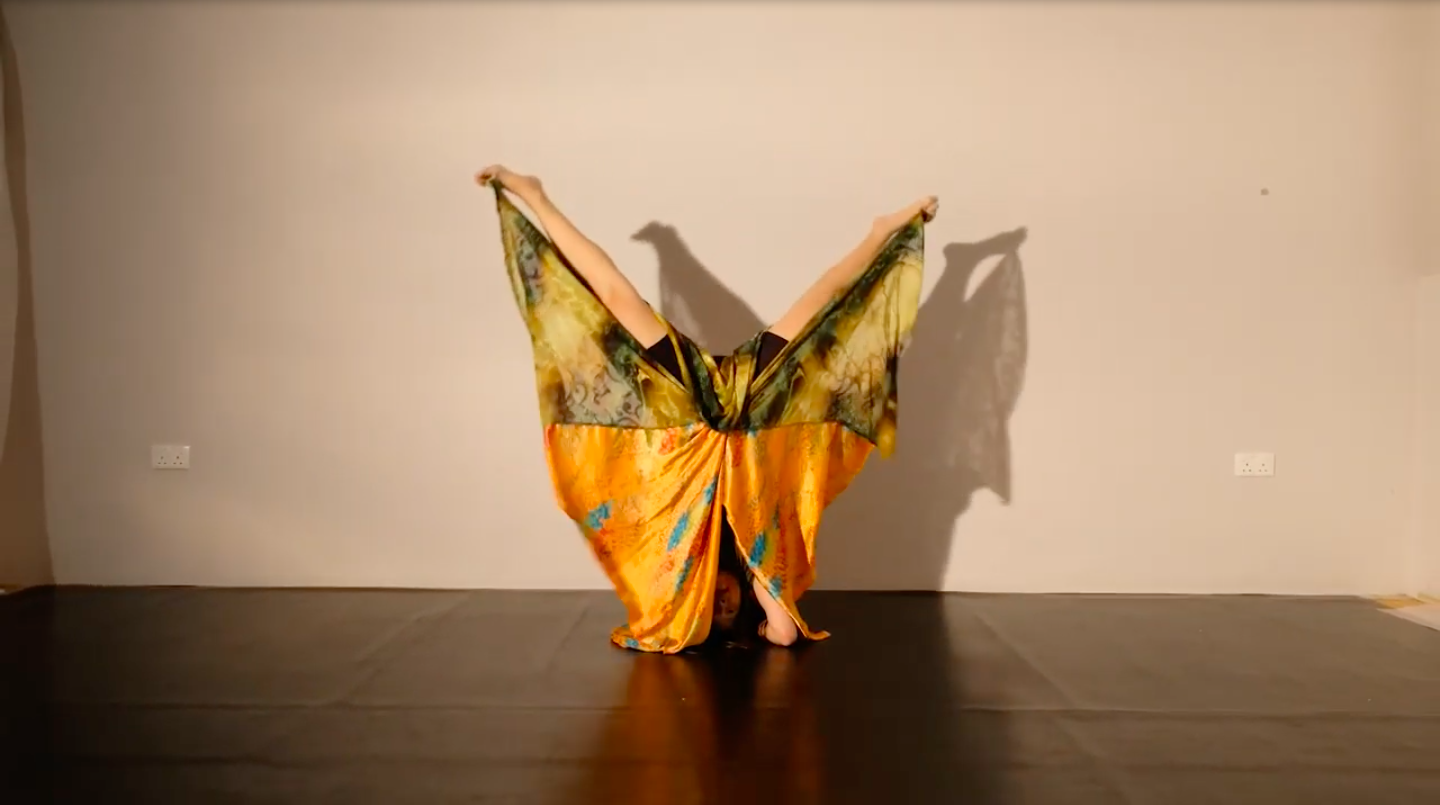 From here, she encounters ‘summer’, finding herself in a bathtub filled with water as ‘summer rain’ pours down from the shower, singing as she opens a clear umbrella to shield her. As much as she attempts to sing the rain away, she cannot help but be completely engulfed in it. ‘Autumn’ continues this seemingly inevitable march towards death, as she is covered in white cloth bandages, slowly unravelling herself from them, before in ‘winter’ she casts off her black dress, as if moulting. 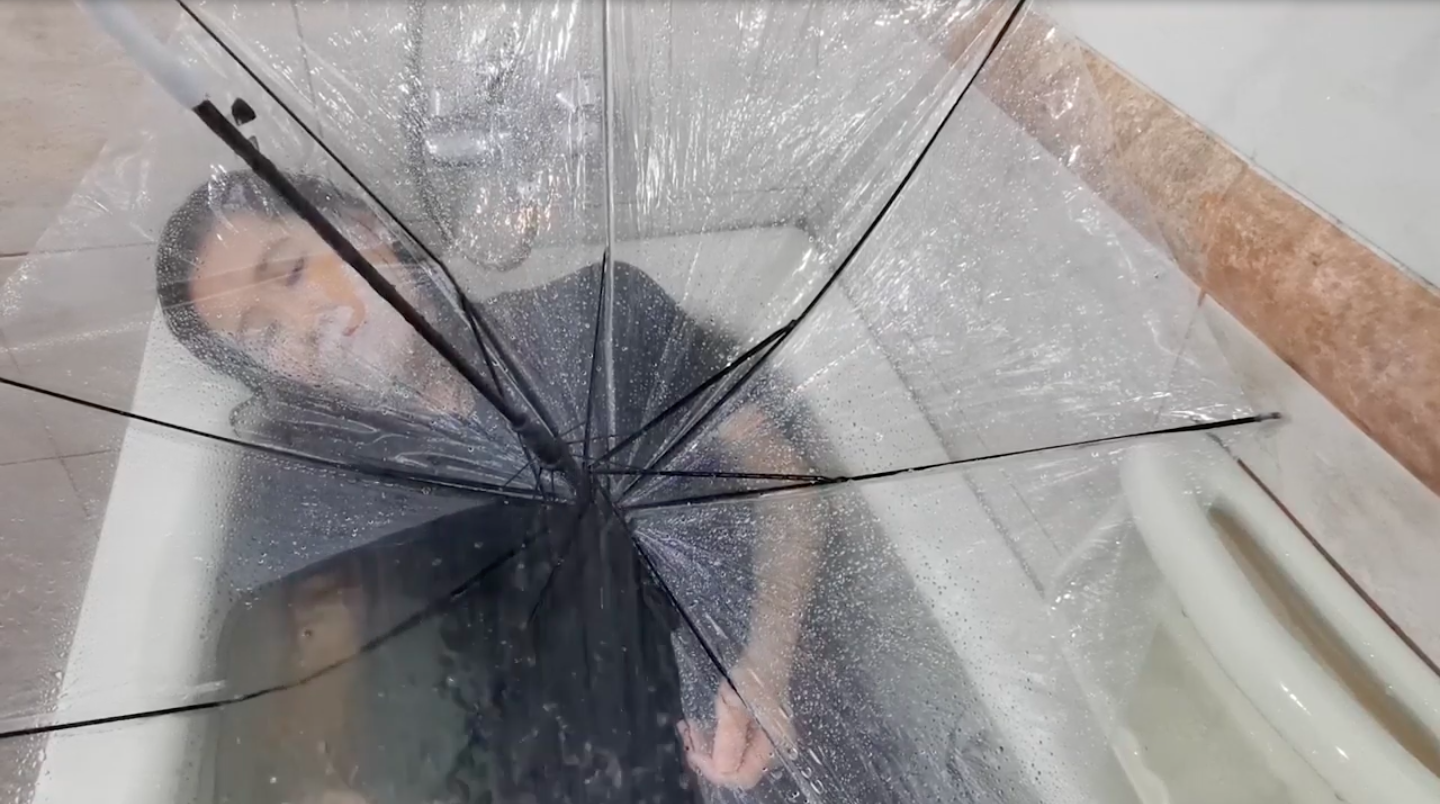 What then is left for Beverly as the winter passes? Now she finds herself underneath a bridge, exuberant as she runs and leaps around, as if she is attempting to reach the sliver of light shining down from above. With film director Goh Ying Sheng’s camera angles, her increasing desperation is further emphasised as we see the look on her face, ending in a futile effort as clouds obscure the light. 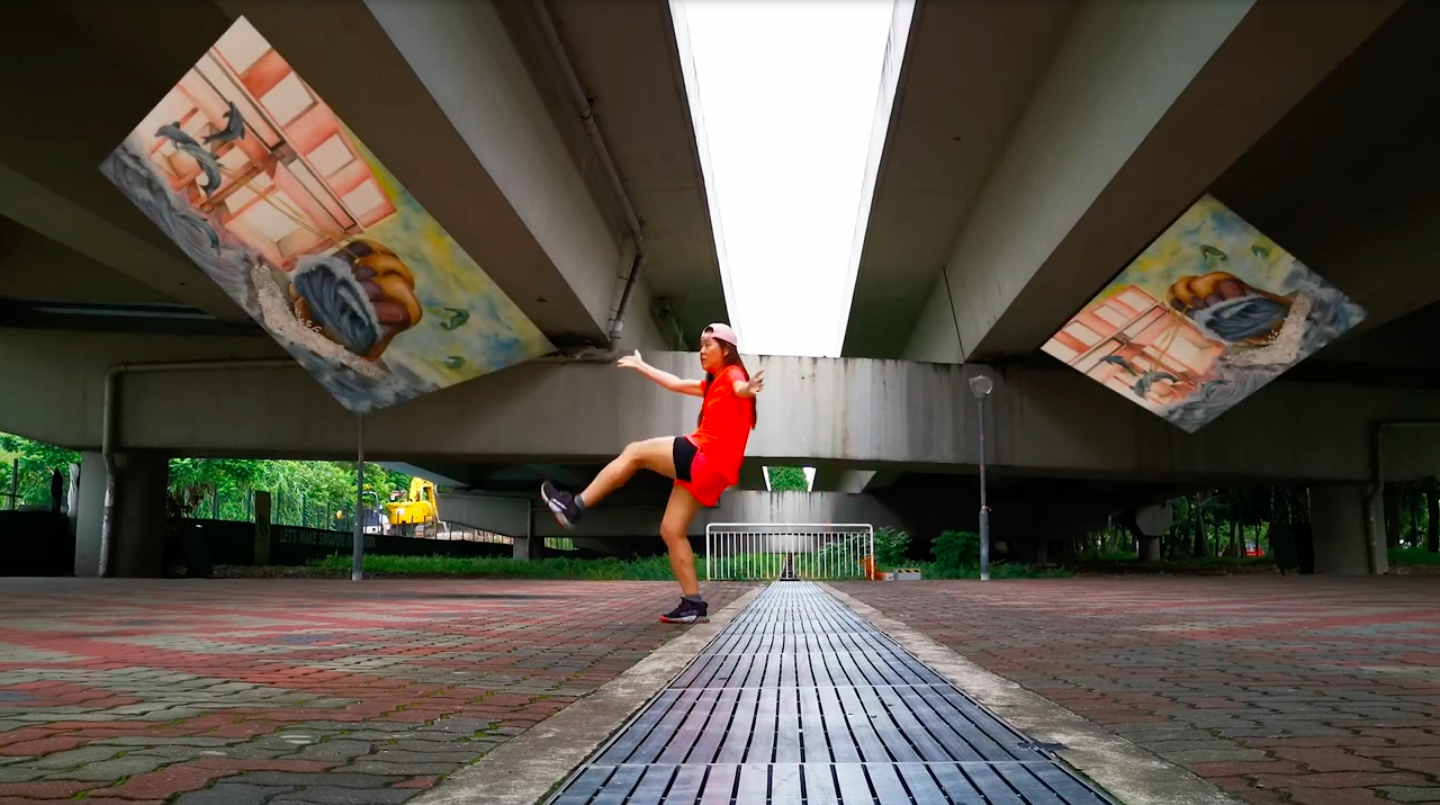 Returning to the room once more, Beverly seems to be retreating into herself, finding a means of better understanding her body as she practices her breathing, stretching and balance. And as much as she may feel hopeless, she recalls that there is always a light at the end waiting, hope that she holds onto and uses to keep going in spite of it all, and persevere to make the most of the life she has. 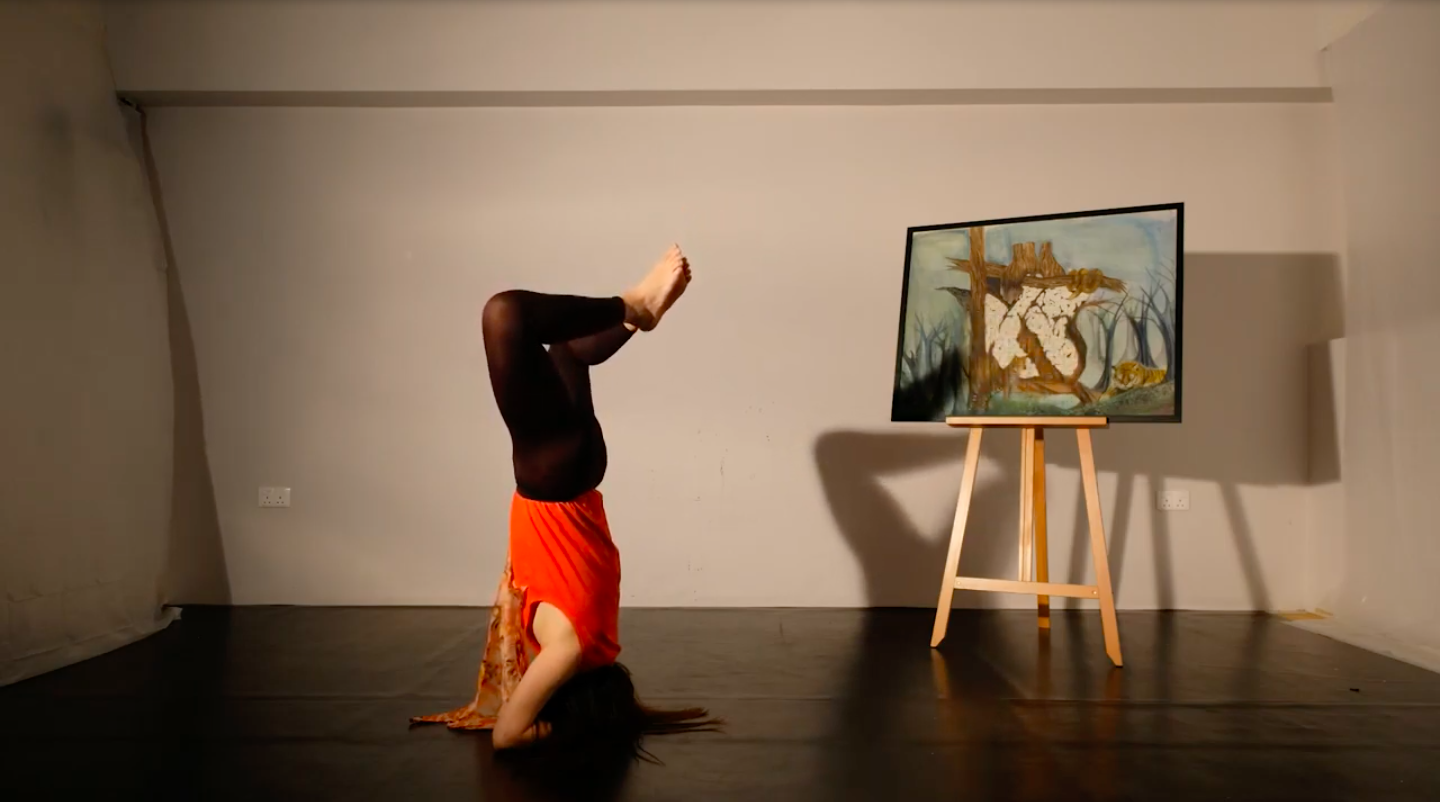 Ray Ng’s evocative music and the physical presence of Kylie Boo’s paintings (occasionally superimposed onto the frame and edited such that they either form backdrops or animations) only further heighten the emotions felt as Beverly takes us through this roller coaster of feelings one wrestles with as they come face to face with their mortality daily. With From Heart To Hearts For Hearts’ willingness to experiment with both film and dance, Grain Performance and Research Lab has crafted a unique, introspective performance that reminds us the importance of holding on to hope, and that it is only when we get in touch with ourselves, mentally and physically, that we will be able to tackle all that life throws at us.

From Heart To Hearts For Hearts was available online from 29th July to 10th August 2020. Programme booklet available here