Feeling like introducing something a little ghostly to your Oktoberfest celebrations? Then look no further than Sunbird Brewing Company’s limited time ‘Halloween Party’ Blood Orange IPA, set to bewitch your tastebuds this spooktacular season. Complete the experience and fulfil your destiny with a private tarot card reading session by a renowned psychic.

Like its name suggests, the ‘Halloween Party’ Blood Orange IPA is brewed with the delectable blood orange fruit, combining a taste of bitterness with a refreshing citrus taste from the very first sip. Sunbird will also be partnering with renowned local tarot card reader and psychic Tarot Mamta, who will be offering a private online tarot card reading session  where participants can ask three questions each, and find out what the cards hold for them.

Beyond that, believers will also be enlightened with a glimpse of how each horoscope fairs in the month of October through a weekly online video series that will be posted on Sunbird Brewing Company’s Facebook and Instagram pages. 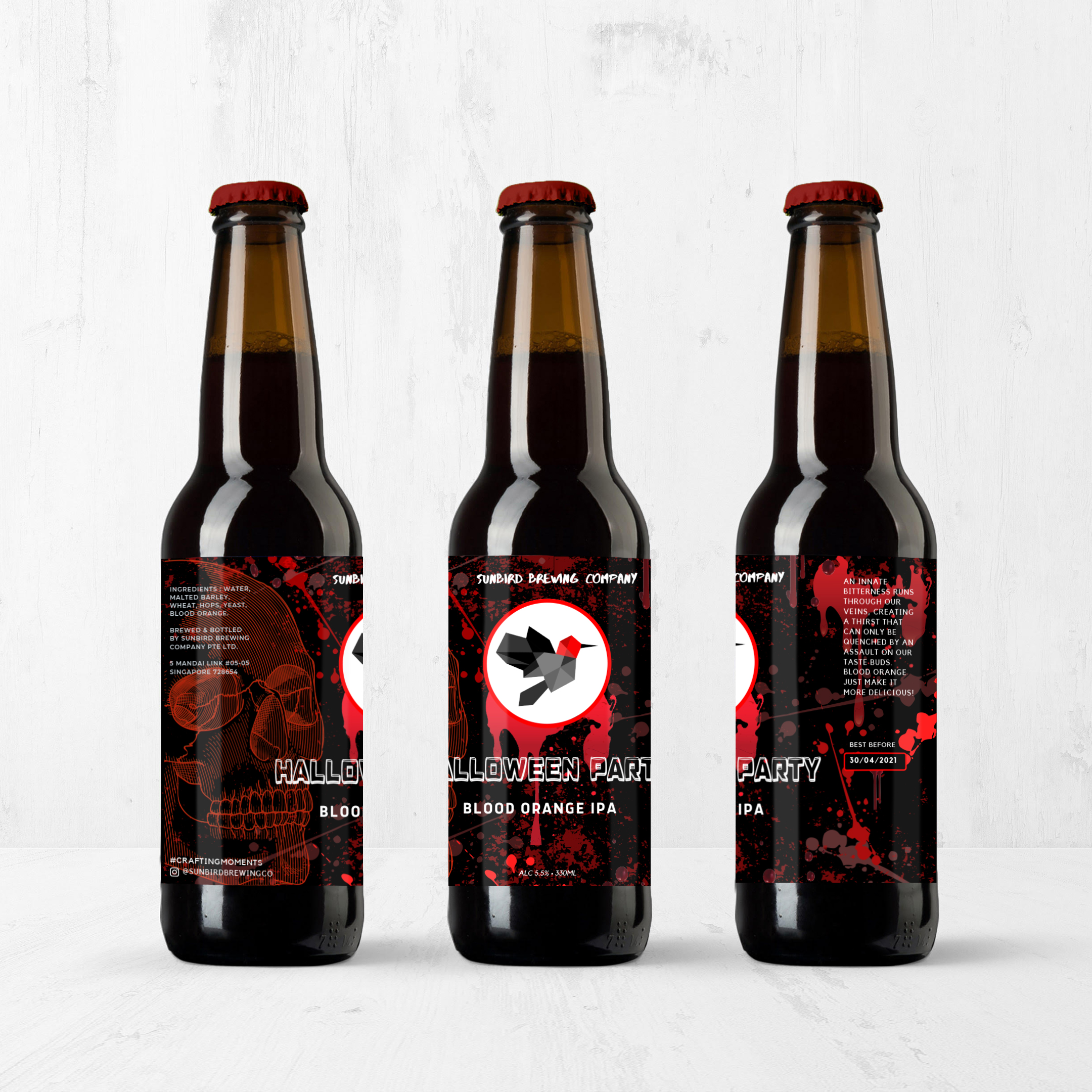 Says Tarot Mamta about the special collaboration: “In trying times like these where there are a lot of uncertainties and anxiety, it will be refreshing to introduce fun concepts that will excite and create some positive noise in the market. When approached by the team at Sunbird Brewing Company, I saw a good synergy of incorporating the art of tarot-reading with their newly released seasonal craft beer. ”

In line with Halloween, Sunbird will also be helping you with your trick-or-treating efforts, with a complimentary scare sticker pack with every purchase. Simply post up a photo of yourself holding a bottle of the new IPA with the hashtag #SunbirdHalloweenParty, and stand a chance to win six bottles of ‘Halloween Party’ Blood Orange IPA, delivered straight to your door. One winner will be selected every week through Sunbird Brewing Company’s social platforms. 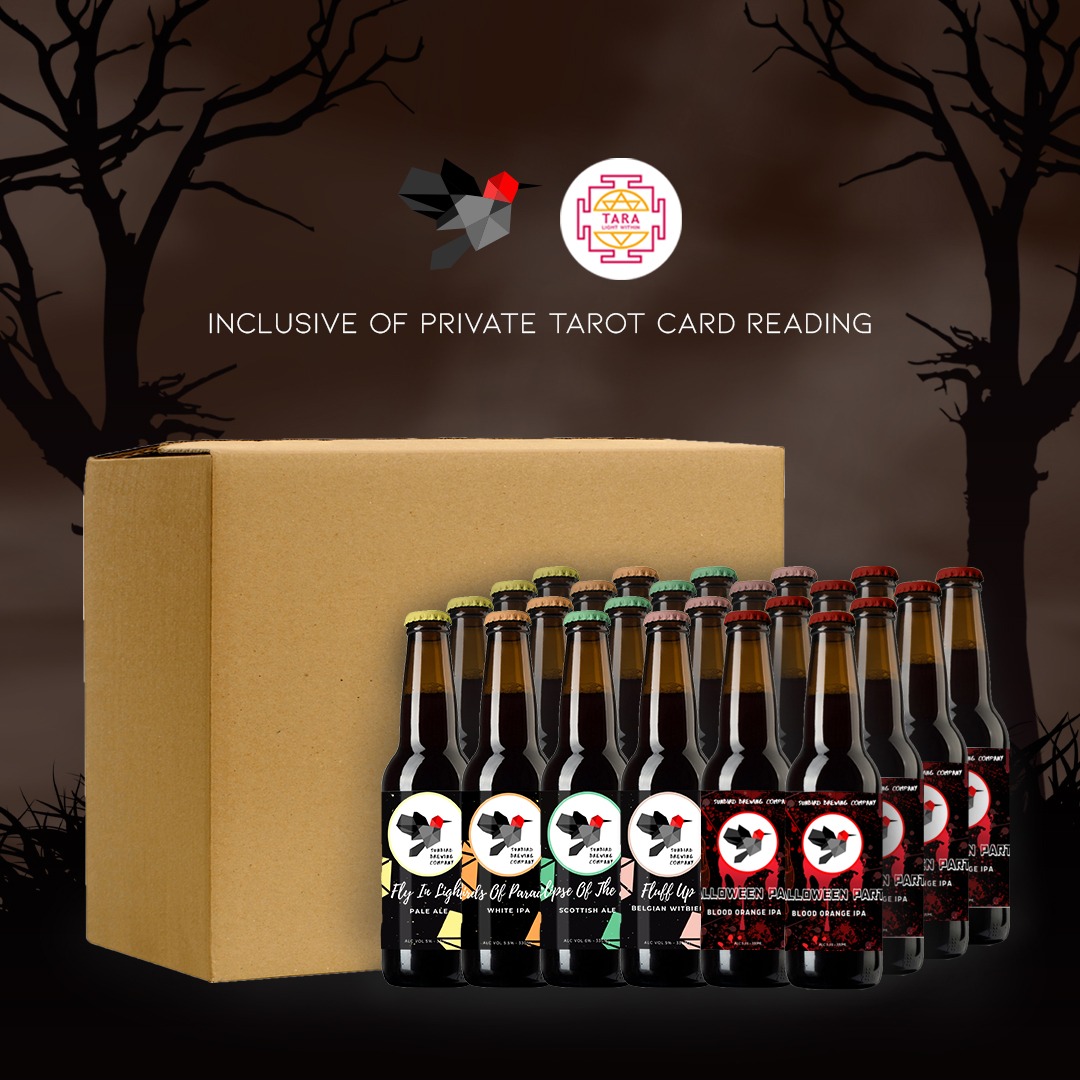 In support of local F&B establishments, Sunbird will also be having a special Halloween tap takeover in partnership with selected bars and restaurants, where craft beer enthusiasts will get to try Sunbird’s beers.  The selected bars include Pint House SG on 10th October, Orh Gao Taproom Craft beer bar on 17th October and Good Luck Beerhouse on 29th October. All prevailing safe-dining guidelines set by local authorities will be fully adhered to during these events.

Head Brewer and Director of Sunbird Brewing Company Clive Tan shared the concept behind the Halloween Campaign: “Over the past few months, we have disrupted the local craft-beer scene by launching exclusive festive brews that struck a chord with not only the younger generation and traditional beer drinkers, but consumers and F&B owners as well. We are motivated to continue pioneering this new movement where we incorporate mainstream lifestyle into the art of made-in-Singapore craft beers that are attractive and accessible. For Halloween, both old and new fans of Sunbird Brewing Company will find a series of activities that will engage and hype up the interest for our festive brew. ”

Purchase the Halloween Party Blood Orange IPA here. The ‘ Fright Pack’ of 6 and 12 beers will be priced at $49.90 and $78 (excluding 7% GST) respectively and a special ‘Party Pack of 24 beers ’ inclusive of a complimentary tarot reading session with Tarot Mamta will be available at $150 (excluding 7% GST). All purchas es will include a scare s ticker pack, with free delivery for purchases above $65.