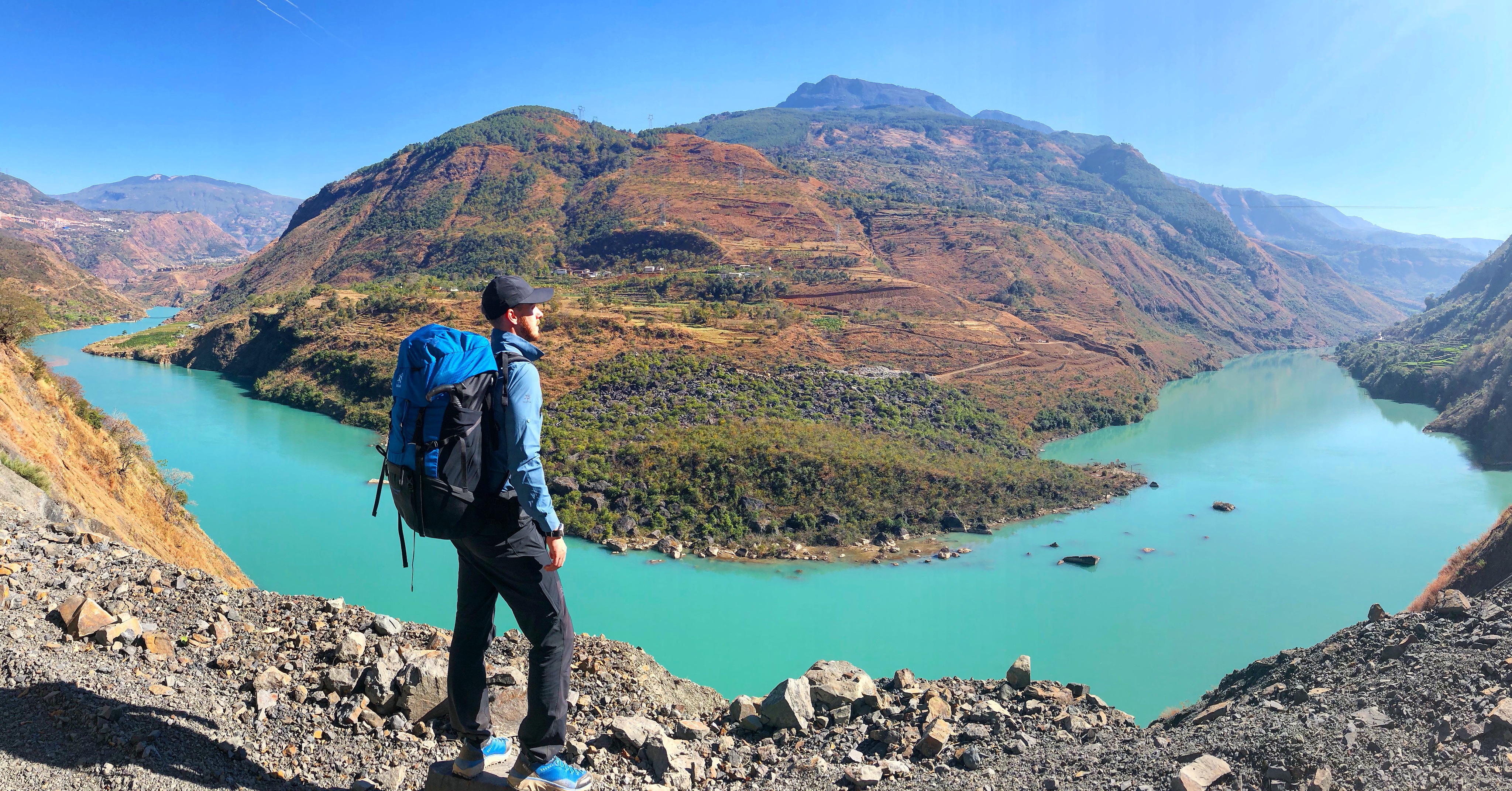 If you ever wanted to inspire someone to start hiking, you might want to start them off on Walking the Yangtze with Ash Dykes. The two-part documentary follows Welsh adventurer and athlete Ash Dykes as he spends almost a year trekking across China, and becoming the first ever person to walk the entire length of the iconic Yangtze River. 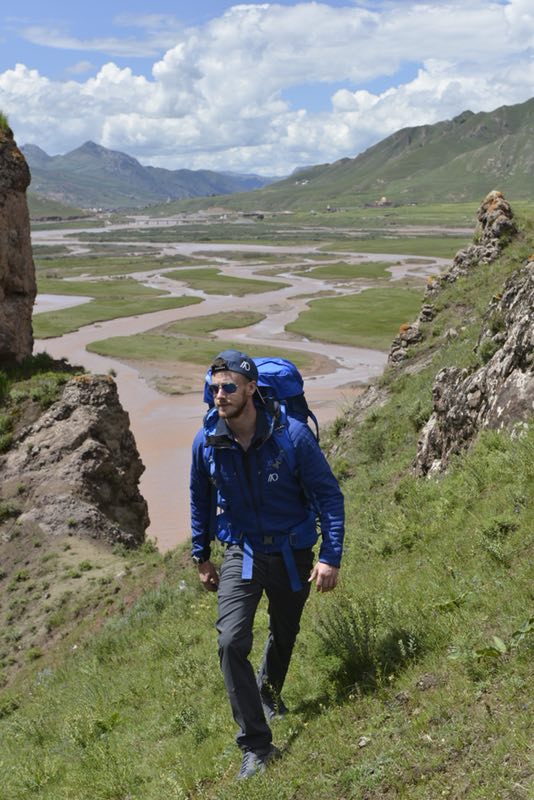 Premiering this October on National Geographic, Ash Dykes is no stranger to extreme hikes. In 2014, Dykes became the first person recorded to complete a solo and unsupported 78-day expedition across Mongolia. In 2016, he became the first person ever recorded to traverse the length of Madagascar, trekking 2,575km over its eight mountains in 155 days. And now, with Mission Yangtze, Dykes has achieved his third World First record, walking a whopping 6,437 kilometre challenge (approximately eight million steps), from the Yangtze’s source in the melt-waters of the Jianggendiru Glacier high up on the Tibetan Plateau, to its delta where it meets the East China Sea in Shanghai. Travelling the entire length on foot, Dykes was armed only with 36 kilograms of food in his rucksack and a pair of good walking shoes, with camera crew following closely behind him. 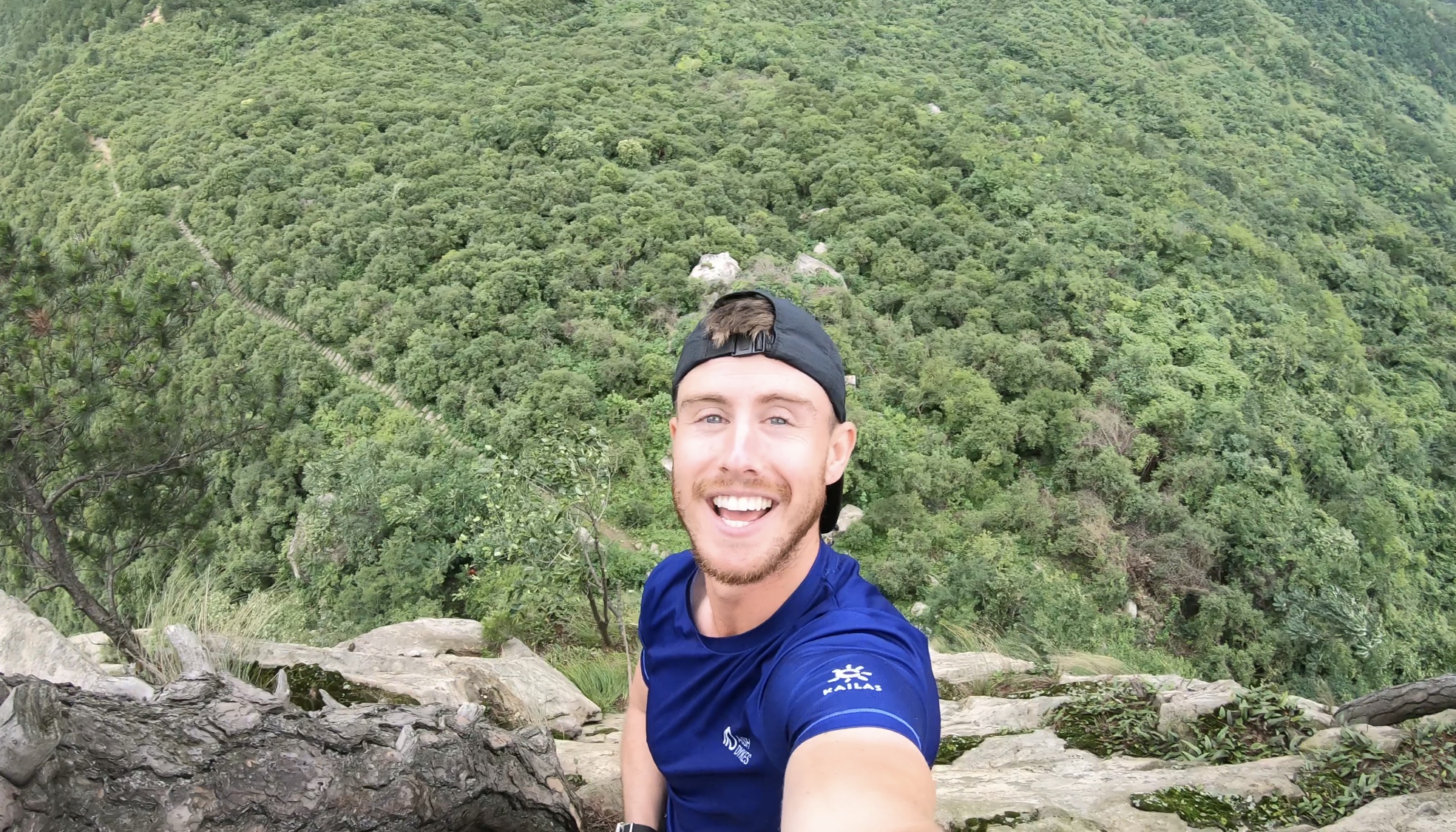 Our story begins with Ash preparing for the journey, cramming 3 years worth of Mandarin lessons into just 3 weeks. And in many ways, much of the show feels similar, in that we’re cramming 352 days worth of content into just 100 or so minutes, rushing from place to place, and stopping to appreciate the gorgeous views when they come by. Considering its rushed paced however, it’s impressive how Walking the Yangtze ends up becoming a hybrid of multiple types of documentaries, bringing together extreme sports, survival, travelogue and even environment to form an incredible account of one man’s record. 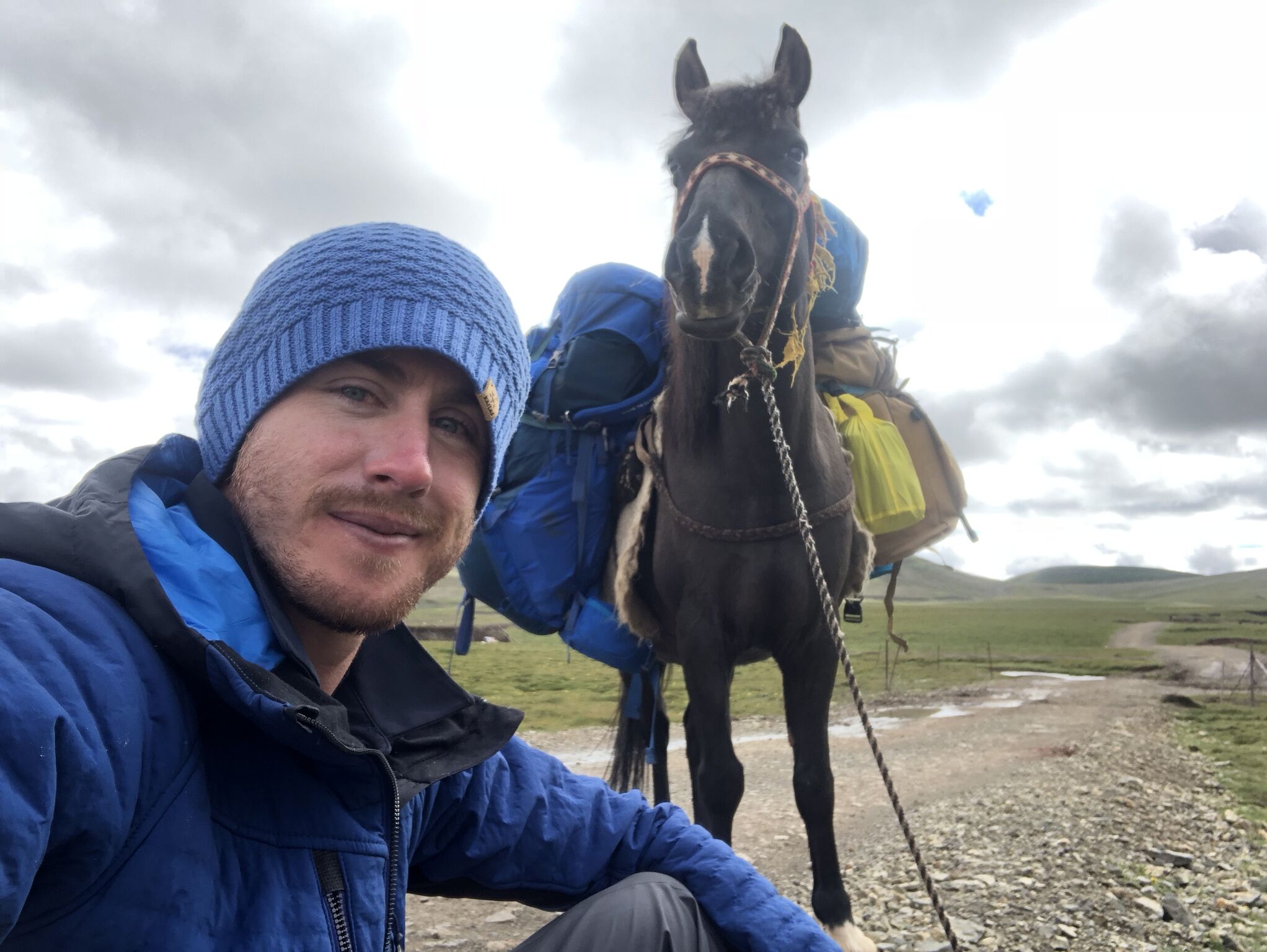 Much of the first episode is spent documenting his preparation process, and the many difficulties he faces just getting started. While he does have an army’s worth of electronic equipment on hand, and even heads out to a Buddhist temple to receive a divine blessing for the trip, things don’t turn out as he expects, with a challenge already in place simply finding the source of the river to begin his journey. Faced with hailstorms and failure, their original guide backs out, and they have to find a replacement (this time a national park ranger), before heading back the next day to find the official start point – the true and scientific source of the river. It is here that his guide leaves him, and he’s on his own. 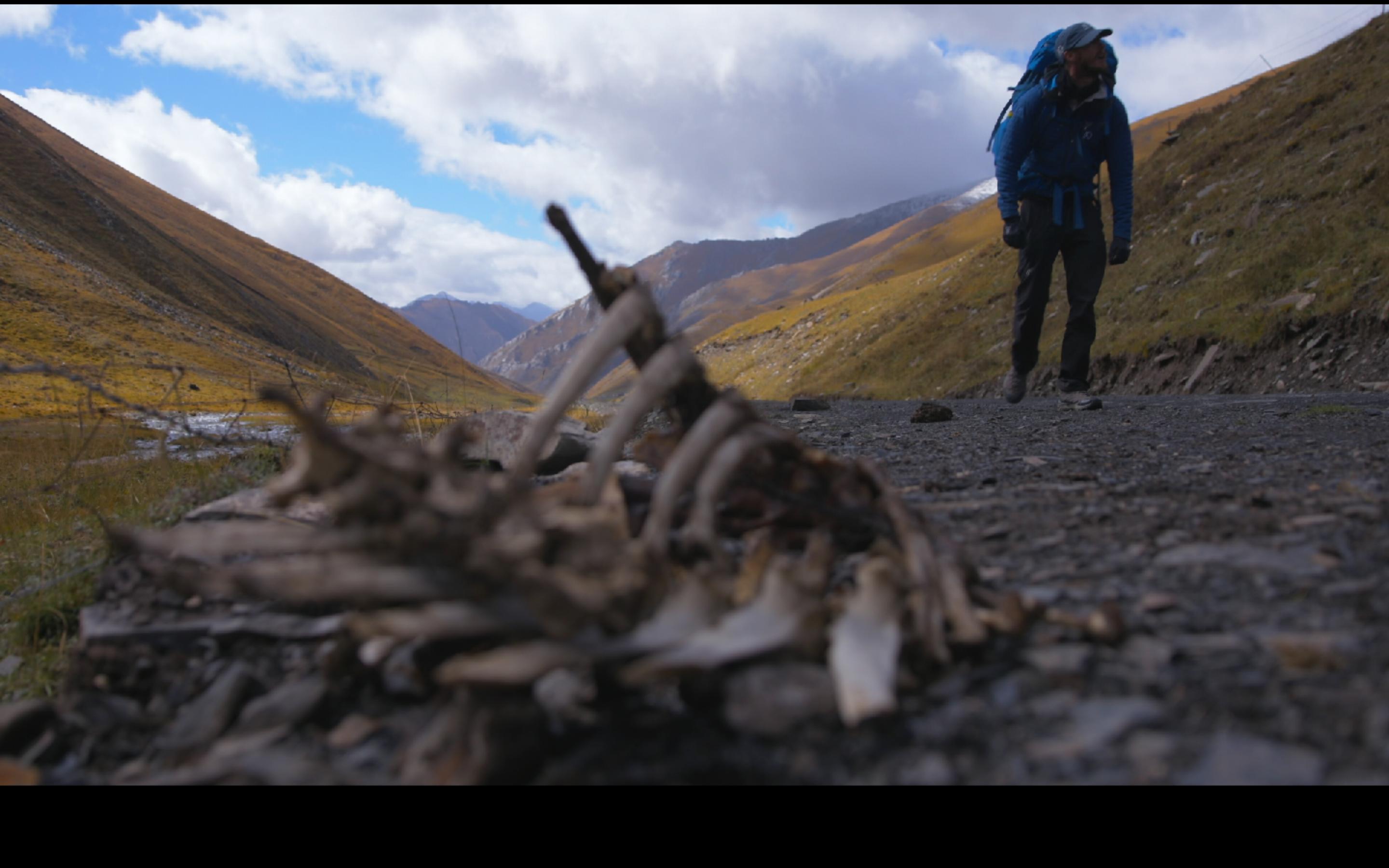 For much of the first 30 minutes of the show, Dykes’ trip seems beset with challenges from the natural terrain, constantly getting acclimatised to the harsh weather conditions, the wildlife and the treacherous landscape. Fast approaching the end of the calendar year, Dykes has little daylight to work with to hit his goal of 15 miles (24km) a day, while still fighting off wild Tibetan mastiffs, hiding from bears, freezing temperatures, and dangerous crossings. Despite the pain he goes through, Dykes always approaches each challenge with gritted teeth and a wry smile, staying positive in spite of it all. Because we never see the cameramen, it often also feels like he’s the sole person crazy enough to make this trip by himself, the sprawling landscape dwarfing him in all its mountains and plains. It’s gorgeous, to say the least, but also incredibly daunting, particularly as the last green fades away to winter white. 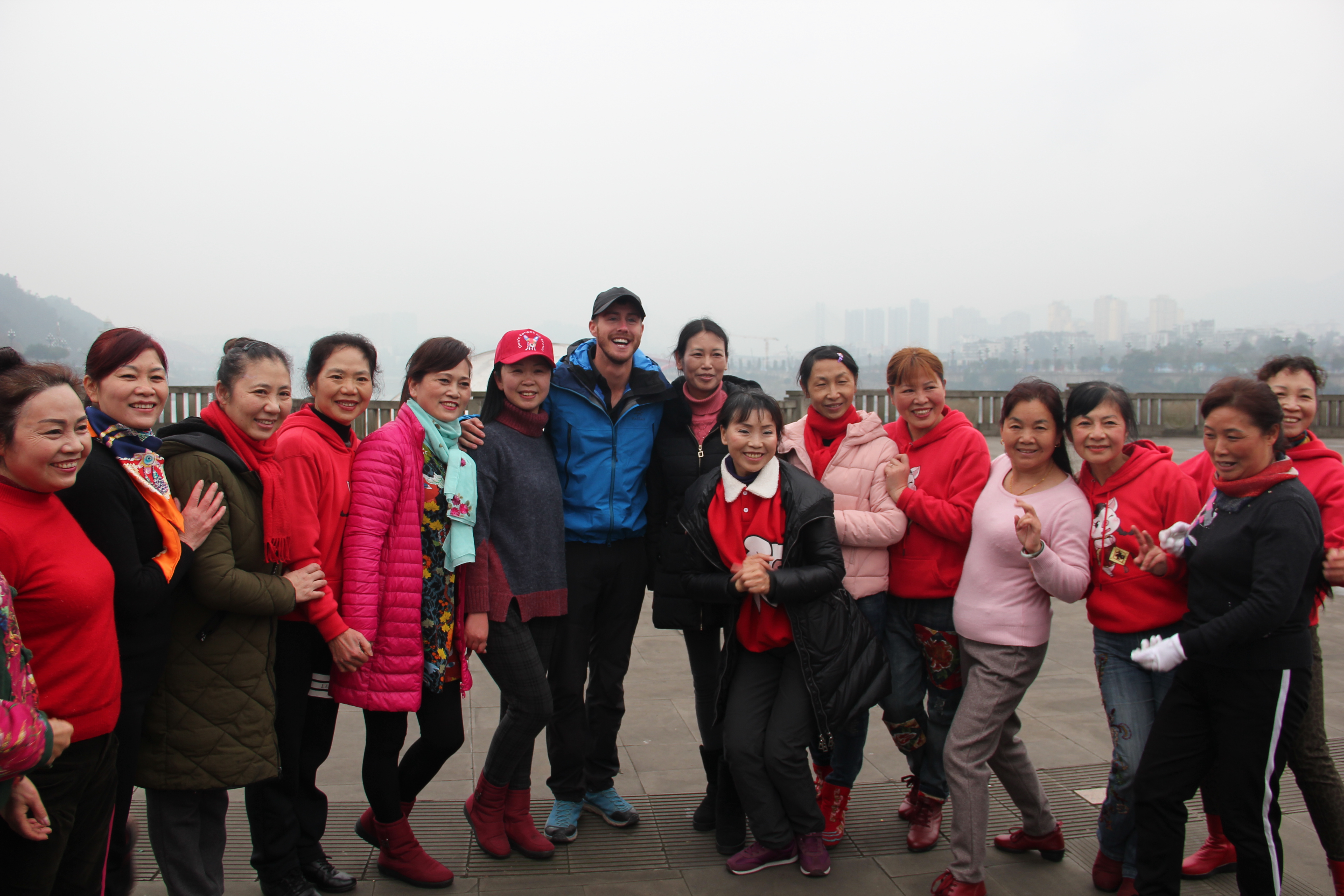 But the thing is, Dykes isn’t alone, and along the way, he encounters plenty of helpful locals willing to aid him in his quest. As a foreigner in a country whose culture is completely different from his own, his approach is not to insist on his ways, but to accept and absorb theirs. Game for anything, he expresses amazement at how WeChat pay exists in a county as remote as Qumarleb while paying for the town’s signature skewers, and even befriends the locals, learning how to gather animal dung for fire and impressing with his football and drone skills. 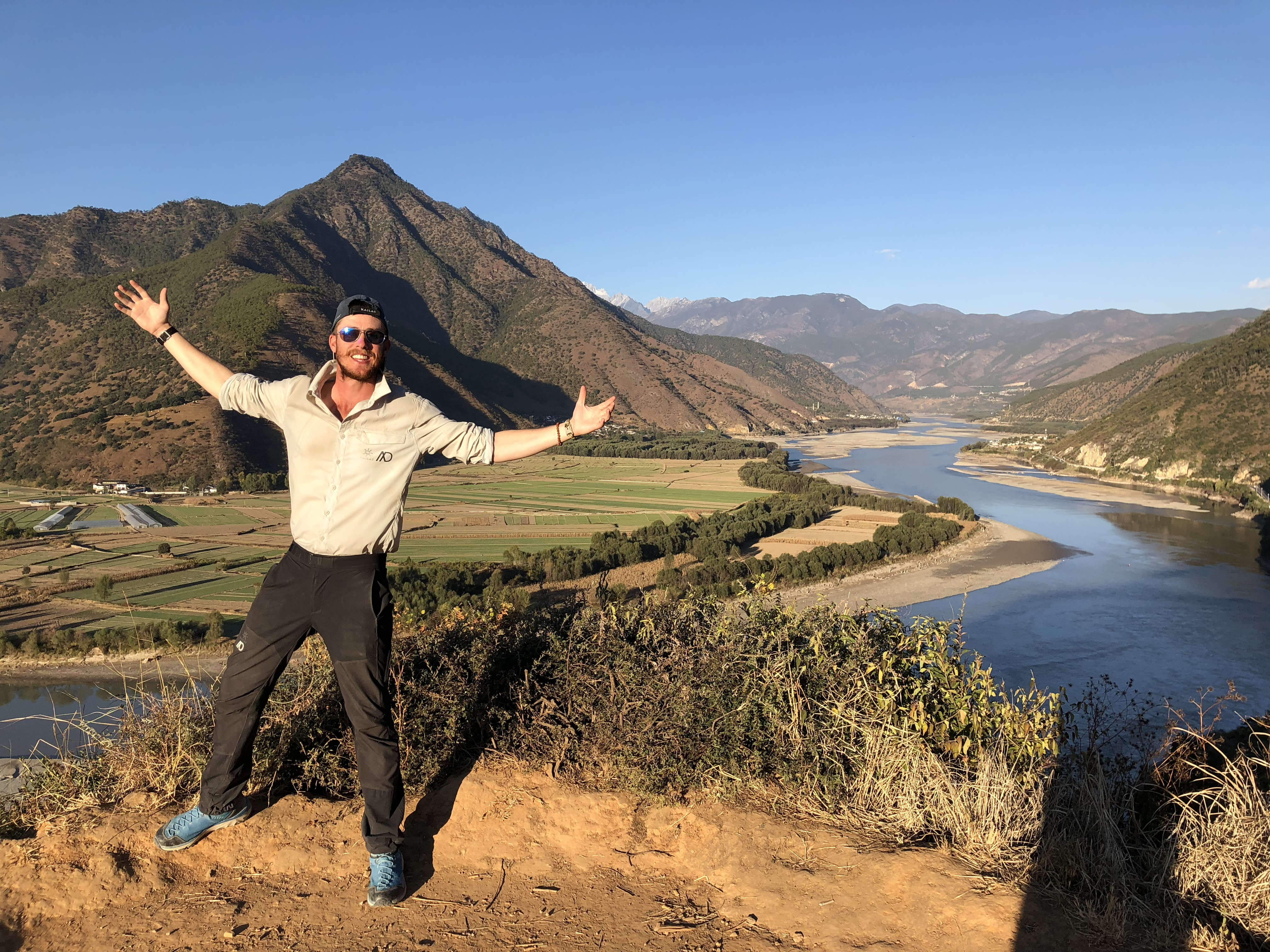 By the end of the first episode, Dykes celebrates his birthday in the wilderness with a simple cake, his mental health and physical health has taken a toll, but he finally reaches one of the most iconic bends along the Yangtze. Rather than feeding out into the sea, the river instead circles back through some of China’s most major cities, shaping the lives of those who live along it, and setting up for the more culture-focused second half of the journey. 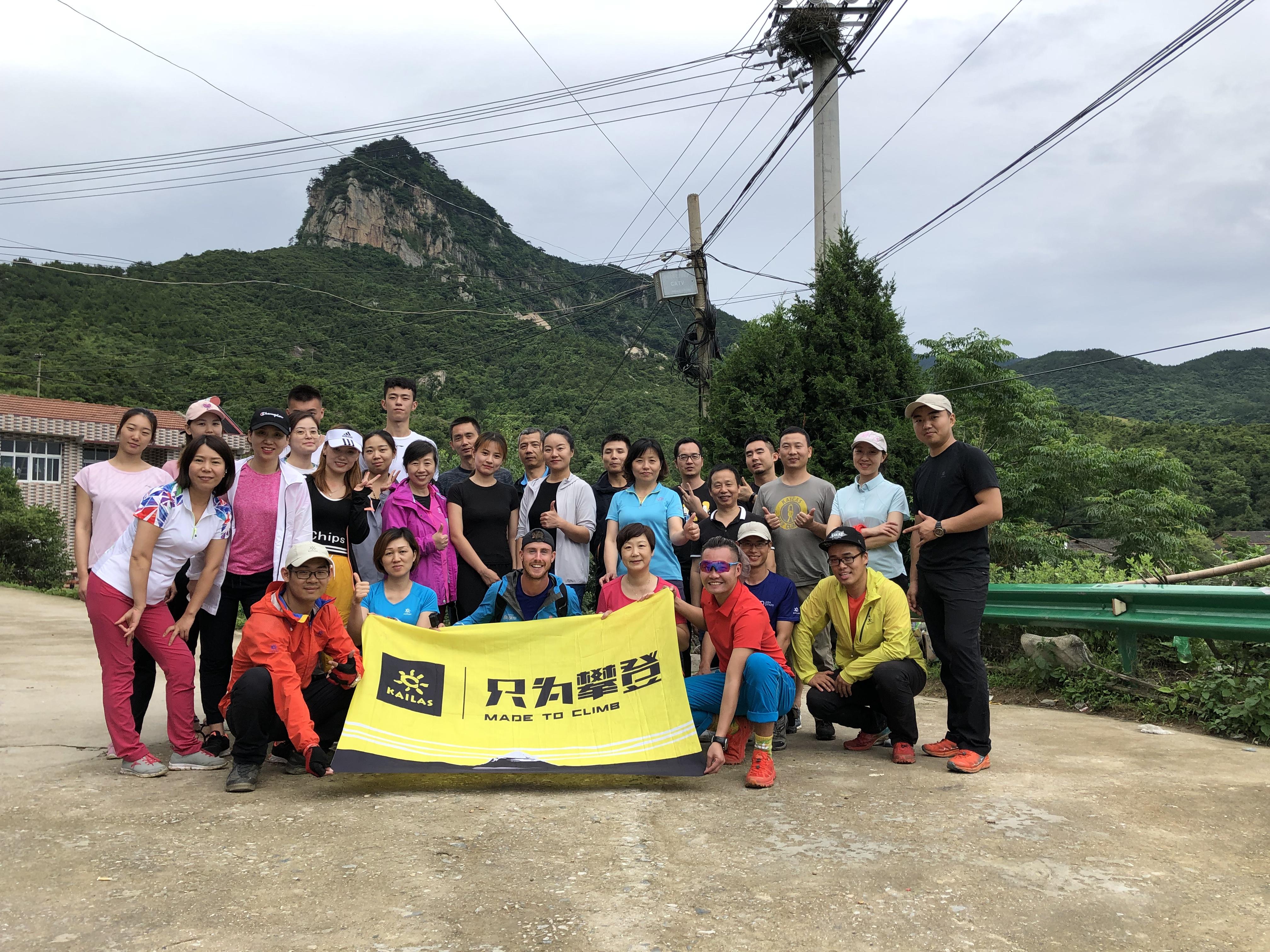 As his trip becomes increasingly urbanised, Dykes finally gets the comfort of hotel stays, though only at the end of an exhausting week. This second part deviates almost completely from the natural forces that characterised the first, instead focusing on the human connections and friendships he makes, and cultural learnings. From being taught taichi high up in the mountains to blowing up a pig liver, to even picking literal insects out of the river and eating them raw, there’s nothing that Dykes isn’t up for. 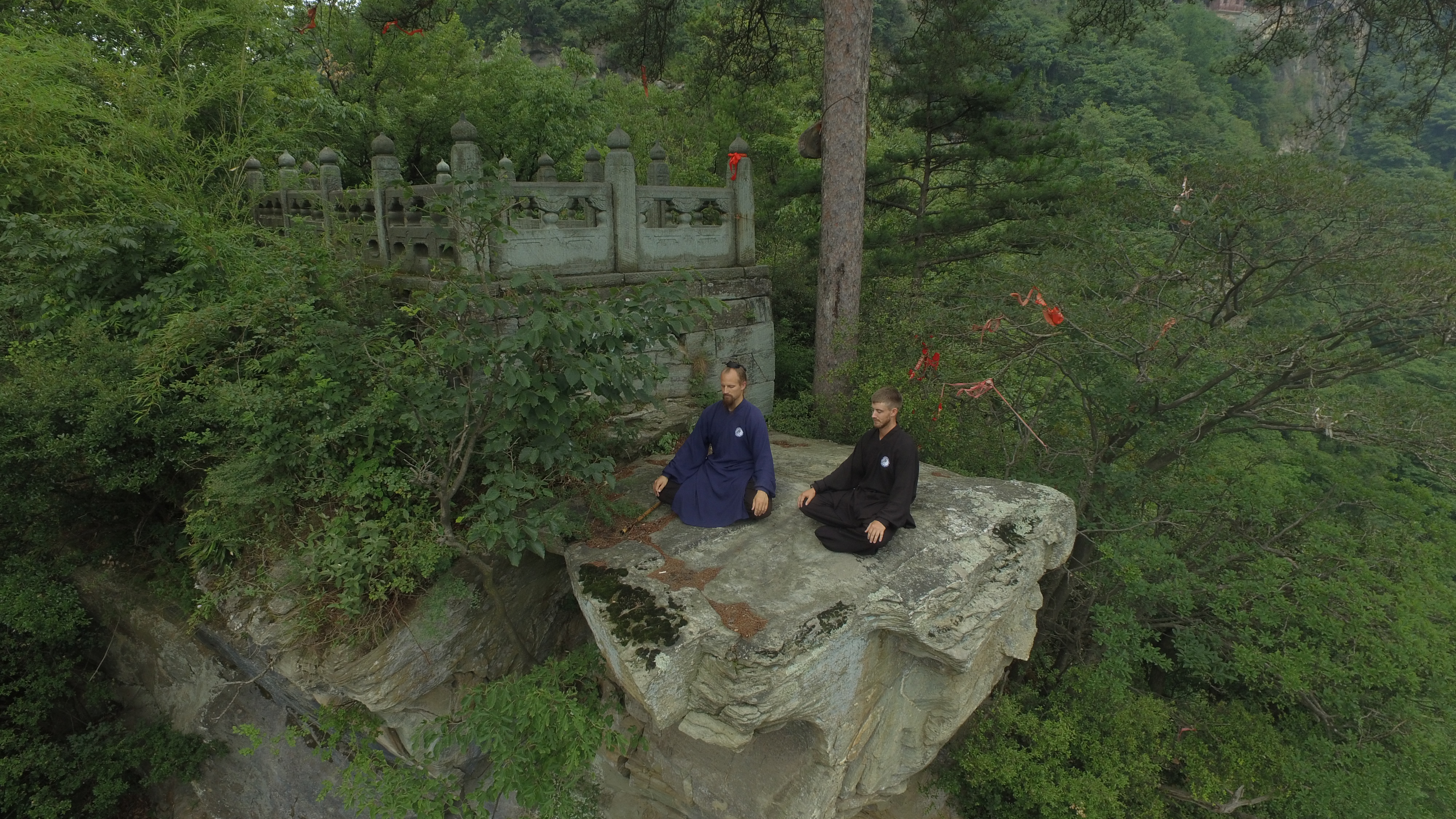 Most urgent perhaps, is the environmental subplot of the show, most significantly seen when Dykes encounters a group of sturgeon conservationists, fighting off illegal fisherman to replenish the endangered fish’s population in the wild. The second episode, however, feels even more rushed than the first, and often, we find ourselves moving at breakneck speed to cover just about every city Dykes visits, taking a little piece of culture with him along the way, whether it’s learning to make mala fish, or traditional Chinese opera singing. The two episode limit often seems like a hindrance for the editors, and one wishes that the show had more time to indulge in each segment, rather than cover everything, some of which are obviously less compelling than others. 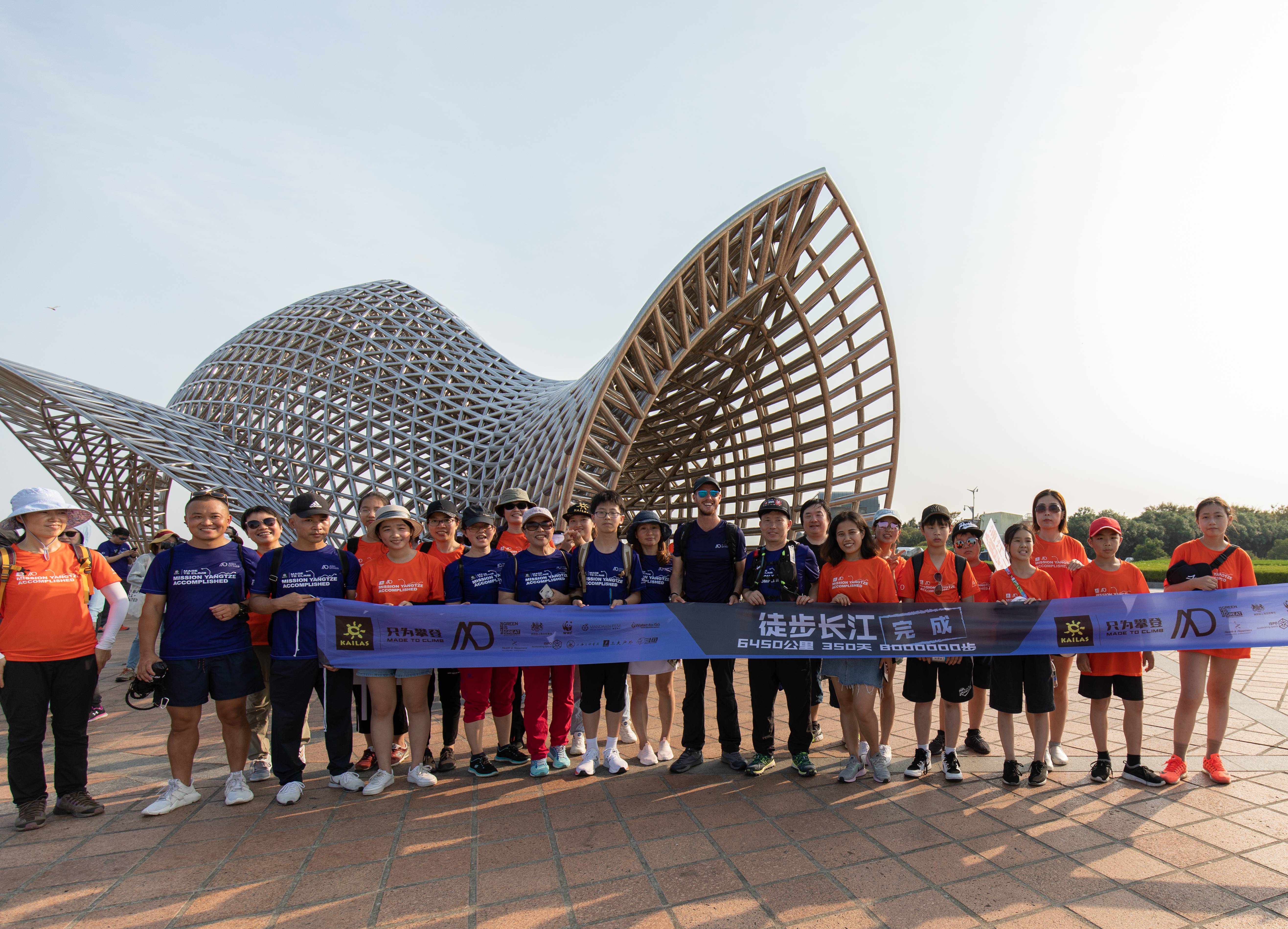 Dykes is ultimately most fascinating to watch when he is battling nature itself, something that comes back in full just as he’s about to face the end of his journey in Shanghai. While joined by his sister and brother-in-law on the final leg, they’re struck by Typhoon Lekima along the way, and visibly struggling to make the final road while the rain and winds whip up against them. Dykes ends up triumphant however, with media outlets capturing this final aspect, and at long last, his journey comes to an end. 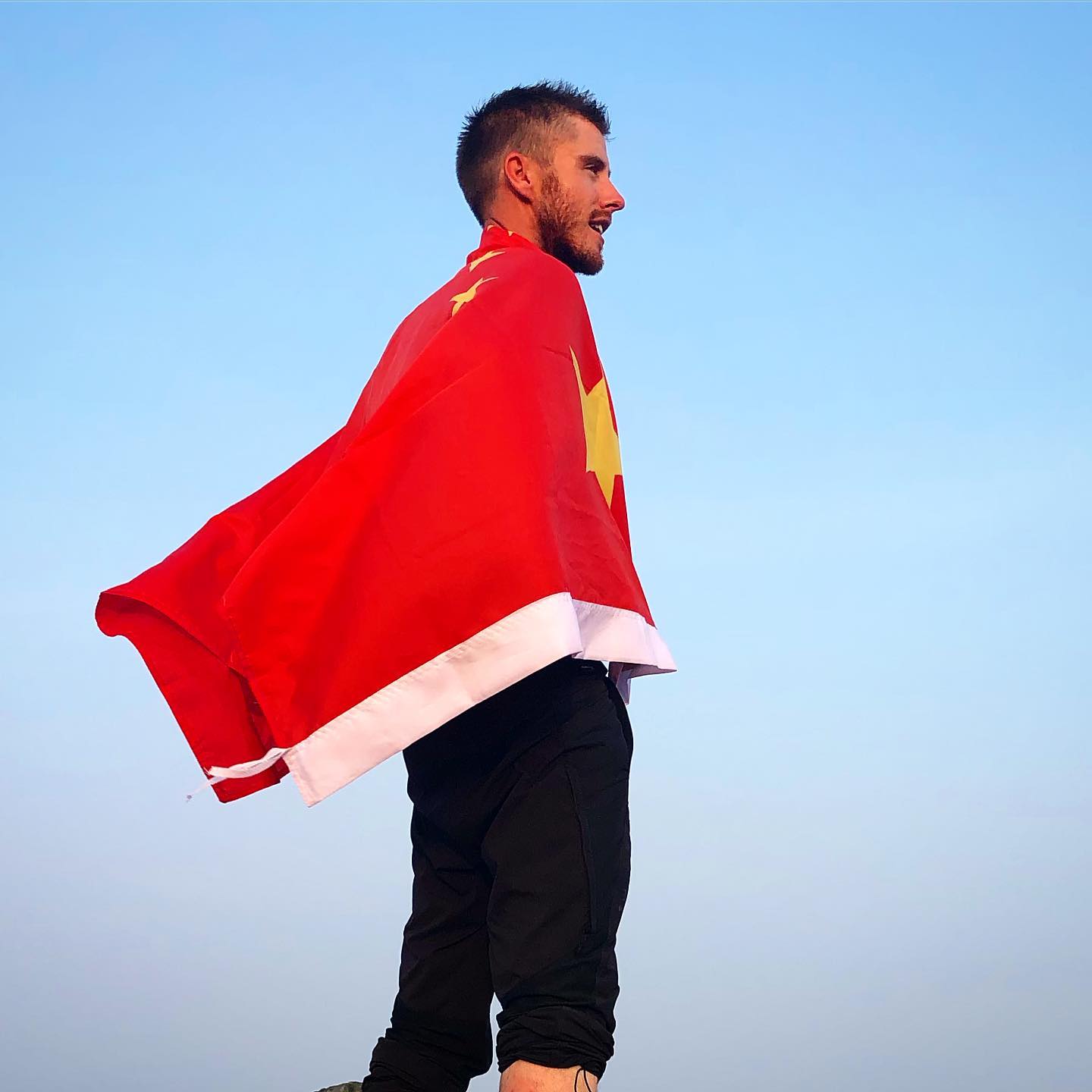 “I look back on the 352-day expedition and see that walking was the least of it; it was the breathtaking nature, vibrant culture and warmth and openness of the people I met that kept me going despite any setbacks,” said Dykes. “Finishing the journey wasn’t just a personal achievement, it was a momentous statement showing that human limits can stretch beyond what we have conceived possible; that all around the world we can still find, meet, and overcome the greatest challenges and experiences.”

While it does often feel like we’re experiencing a 352 day trek on fast forward, Walking the Yangtze with Ash Dykes is worth watching for its breathtaking shots of nature, the physical limits Dykes is pushed to when faced with extremes, and above all, his can-do, positive attitude at all times. Gazing out at the mountains above and the valleys below, you’re made keenly aware of your own insignificance in this world, and how vulnerable you are. But Dykes embraces it all, going against it head-on with his inspirational, record-setting hike, and through this show, influences a little more positivity in the world we live in.

Walking the Yangtze with Ash Dykes premieres in Singapore at 9pm 20th and 27th October 2020 on National Geographic (Singtel Channel 201 and StarHub Channel 411).

0 comments on “Television Time: Walking the Yangtze with Ash Dykes on National Geographic”