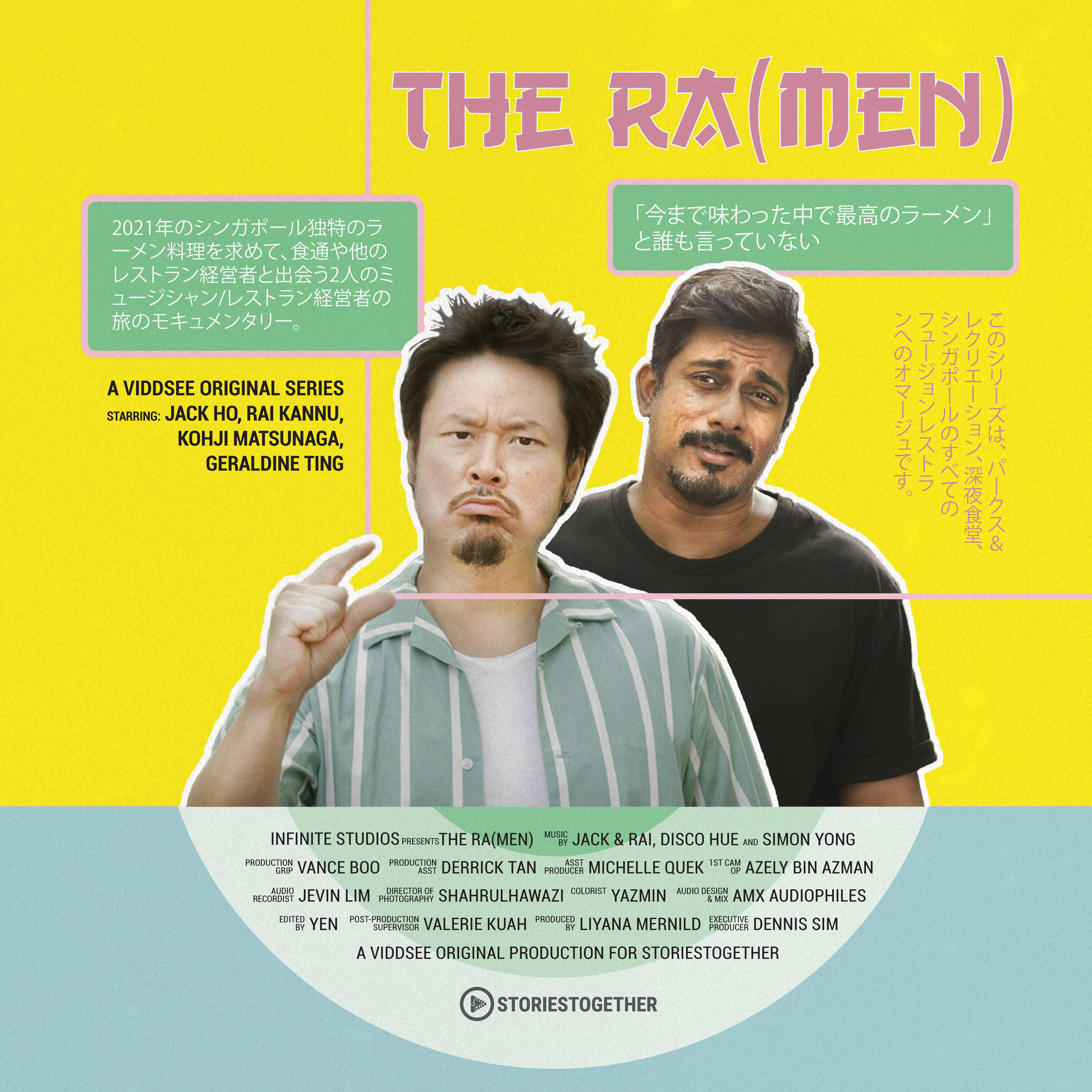 As local music duo Jack and Rai, Jack Ho and Rai Kannu are probably better known for their musical talent than their culinary ability.

Which is precisely why you might be surprised to learn that they’ve co-owned sushi bar The Flying Squirrel for eight years now (since 2013). And they aren’t just backseat owners; in fact, taking it upon themselves to start off 2021 with a bang, and concoct a uniquely Singaporean dish at their restaurant to celebrate our multicultural society and the Singapore spirit. 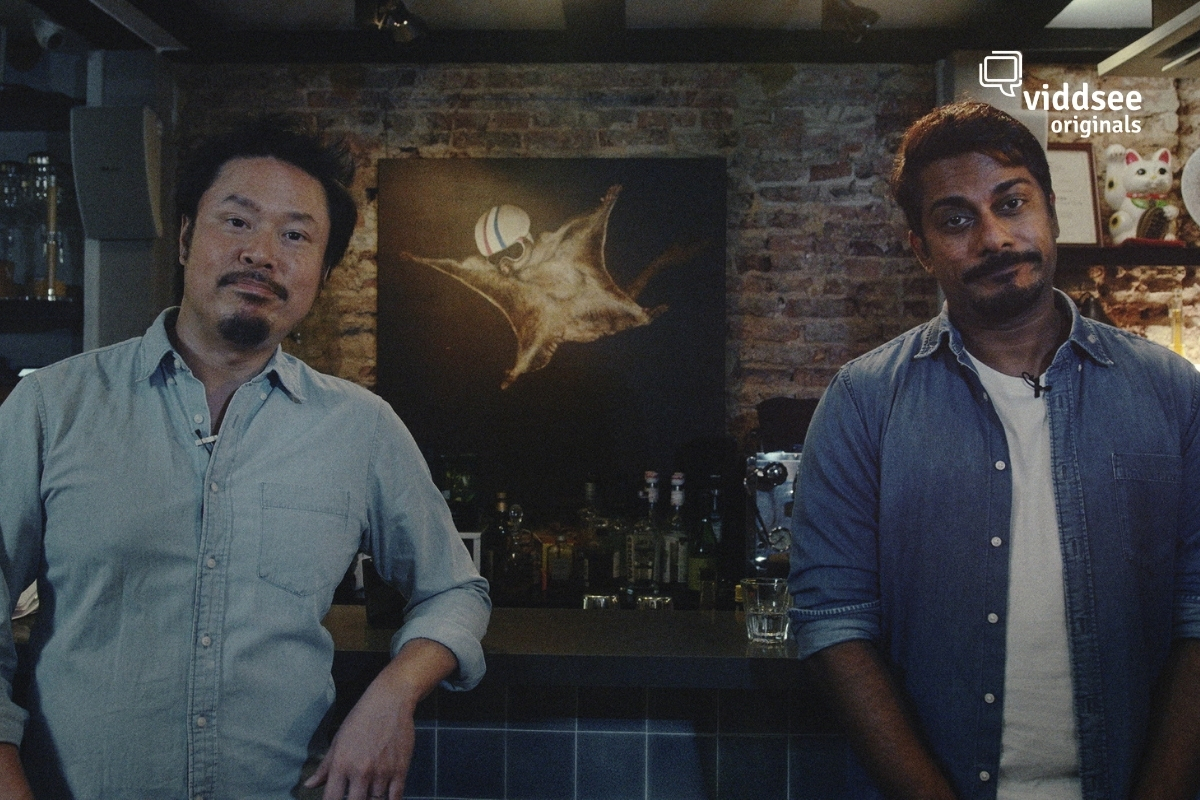 All of this is documented in ViddSee mockumentary series The Ra(men), where they play heightened versions of themselves as they rack their brains coming up with the perfect ramen to blow customers’ minds. Along the way, they visit famous Singapore hawkers for R&D, receive encouragement and inspiration from frequent patron Kohji Matsunaga, and face the wrath of Head Chef Juliette (Geraldine Ting) as they tiptoe around her kitchen.

Having last seen them performing live in February, we spoke to Jack and Rai over Zoom, and discussed how they’ve been over the past year, the idea behind The Ra(men), and what lies ahead. On how they’ve been coping with the lockdown and restrictions on live music, both of them share how they’ve somehow managed to keep on keeping on, even when the going got tough. 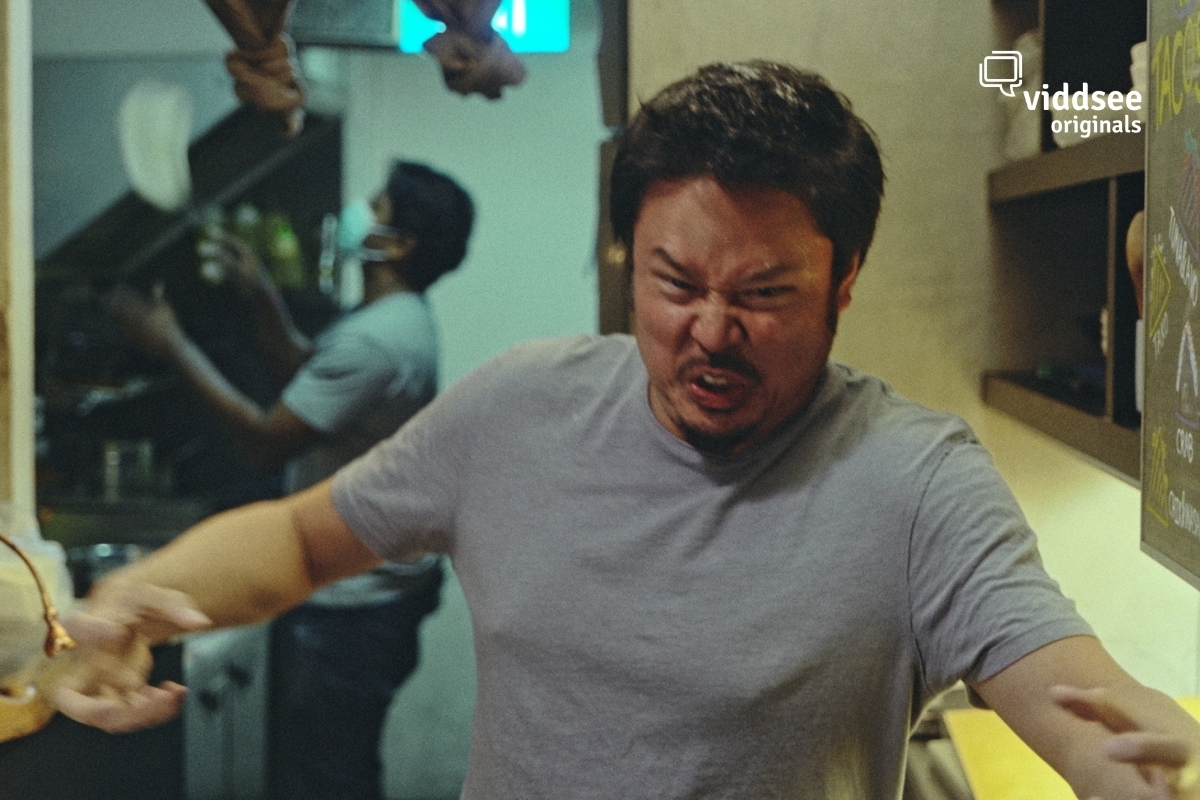 The important thing is to keep writing and keep being creative, because giving up might have sent our mental health down an even more slippery slope.

“When it was announced last March that there would be no more live music for a while, we said let’s do something different, and started experimenting with streaming,” says Jack. “Essentially, we did what we could to keep the music going, no matter how bad things got. And it’s hard, because while there was all this talk about learning a new skill or becoming a better person during the circuit breaker, there was just no inspiration to pick up the guitar and write a song. The important thing is to keep writing and keep being creative, because giving up might have sent our mental health down an even more slippery slope. The two of us really kept each other going, and we existed in a kind of balance to spur each other on.”

“COVID really pulled the rug from under me, and it’s the one year we stopped doing live music altogether,” adds Rai. “We saw an 80% drop in income, and we had to do all these popups and virtual events, and we tried to adapt and evolve by digitalising everything. We even did that for school programmes, and I tell you, it’s so difficult to teach songwriting online! There was just a lot going on, and the biggest challenge was keeping up the positive mindset. We’re really just getting every opportunity we can, and the good thing is that we did have enough to keep us going and keep our minds busy, amidst spending time with family. We do what we have to in order to survive.” 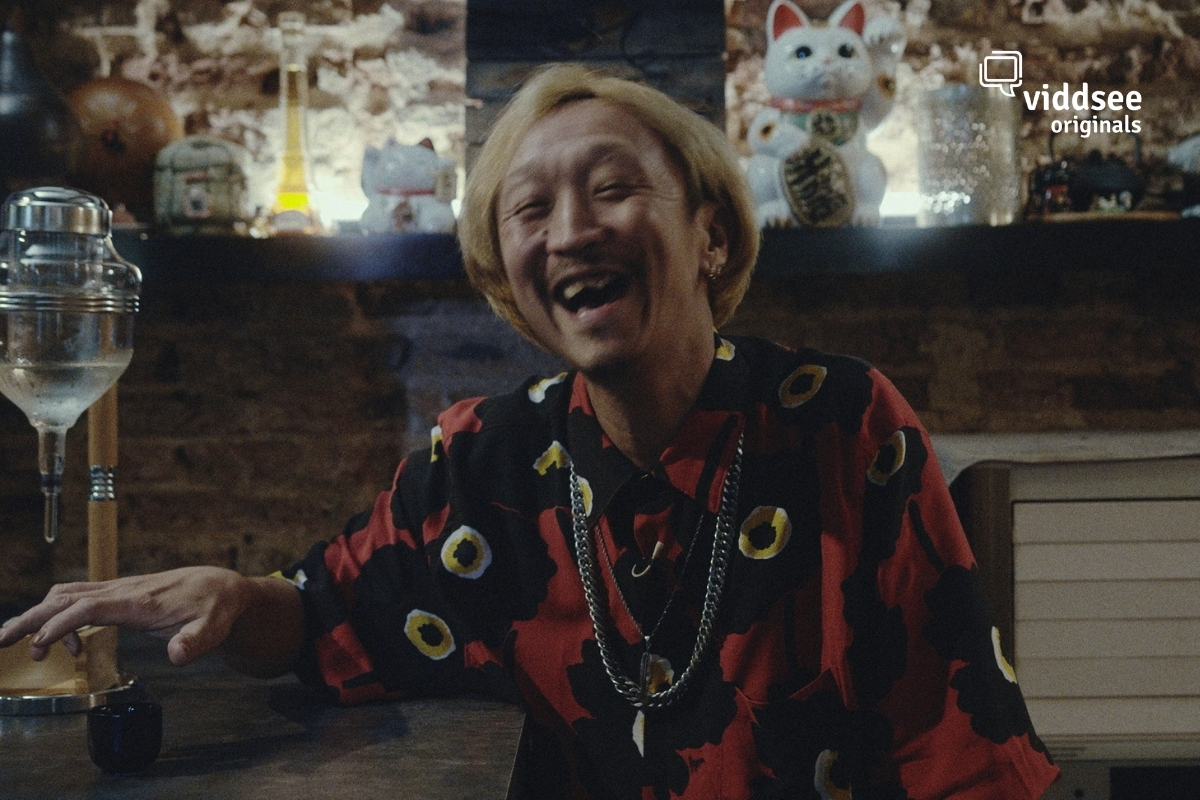 “But the thing is, you’ll only be aware of how vibrant it is if you pay attention to it, because mainstream media rarely, if ever, covers it.” – Rai

As veterans of the music scene (they’ve been active as a duo for 19 years now), we asked them about their thoughts on what the scene is like today, and the problems of staying in it. “I do think there’s a music scene in Singapore, whether it’s the classic live musicians who’re still active, like Jive Talkin’, the people who started out when live music at bars was all the rage, like 53A, and then there’s the indie musicians, from back in the ’90s, like The Oddfellows,” says Rai. “But the thing is, you’ll only be aware of how vibrant it is if you pay attention to it, because mainstream media rarely, if ever, covers it.”

“The continuity then is the problem. Bands have a lot of potential, but they end up dropping out of the scene,” Rai adds. “I guess it shows what our priorities are and what we place as really important in our lives. Why Jack and Rai has lasted so long I think, is because we managed to bridge the gap between a full time job with entertainment and music. We’ve done things like commercial and jingles, alongside our live gigs, weddings, events and radio shows, and all that has sustained us.” 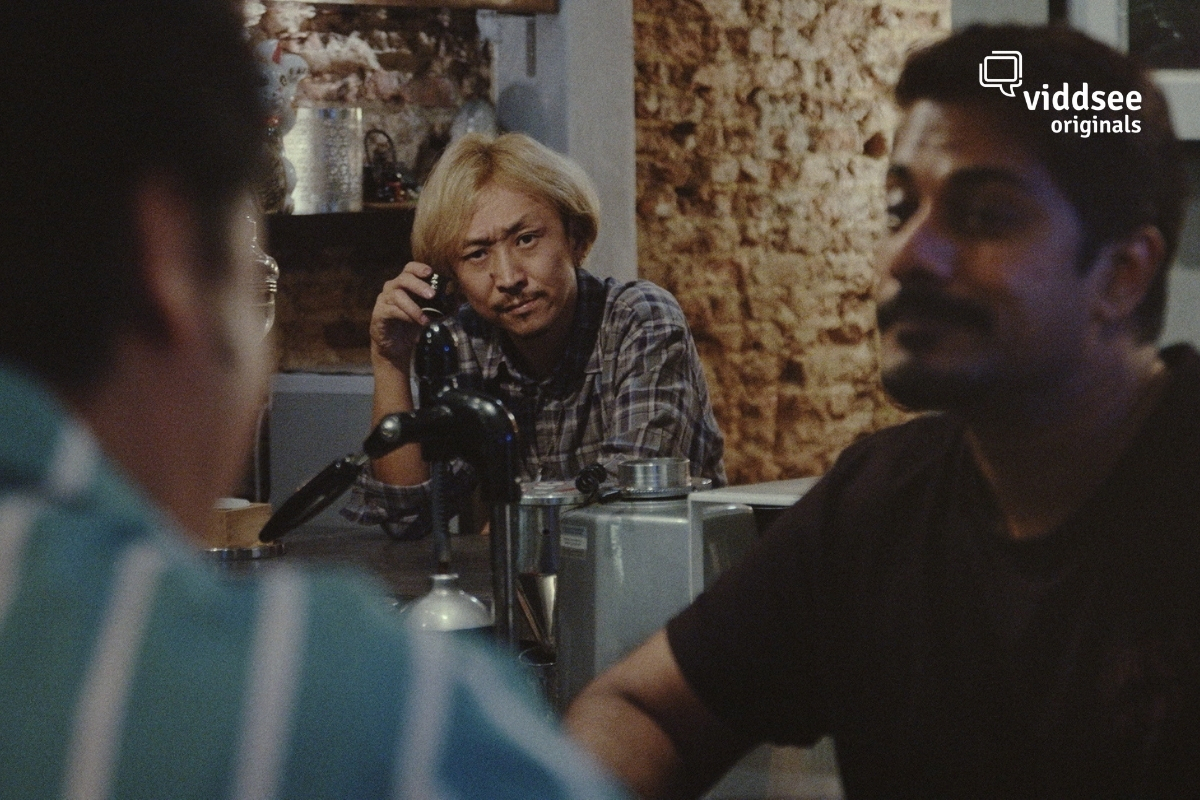 As for the actual Viddsee show itself, it seemed a matter of multiple coincidences and a willingness to try something new that led to its creation. “The Ra(men) came about because of Henry Hiah from Infinite Frameworks, who we met at Noise fest some years back,” says Jack. “More recently, we got him to come down and help us shoot the anniversary video for The Flying Squirrel, and sort of engaged in a barter trade, where we offered him a special date night at the sushi bar.”

“And he told us he was interested in creating a series around us, where it would help extend the personalities of Jack and Rai. It didn’t sound too hard, just shooting us getting along and complementing each other onscreen,” says Rai. “And it was just a very fun project where we all played off each other, whether it was between us, or even with Kohji, who’s actually Henry’s wife’s hairdresser, or Geraldine, who’s the only trained actress among us.” 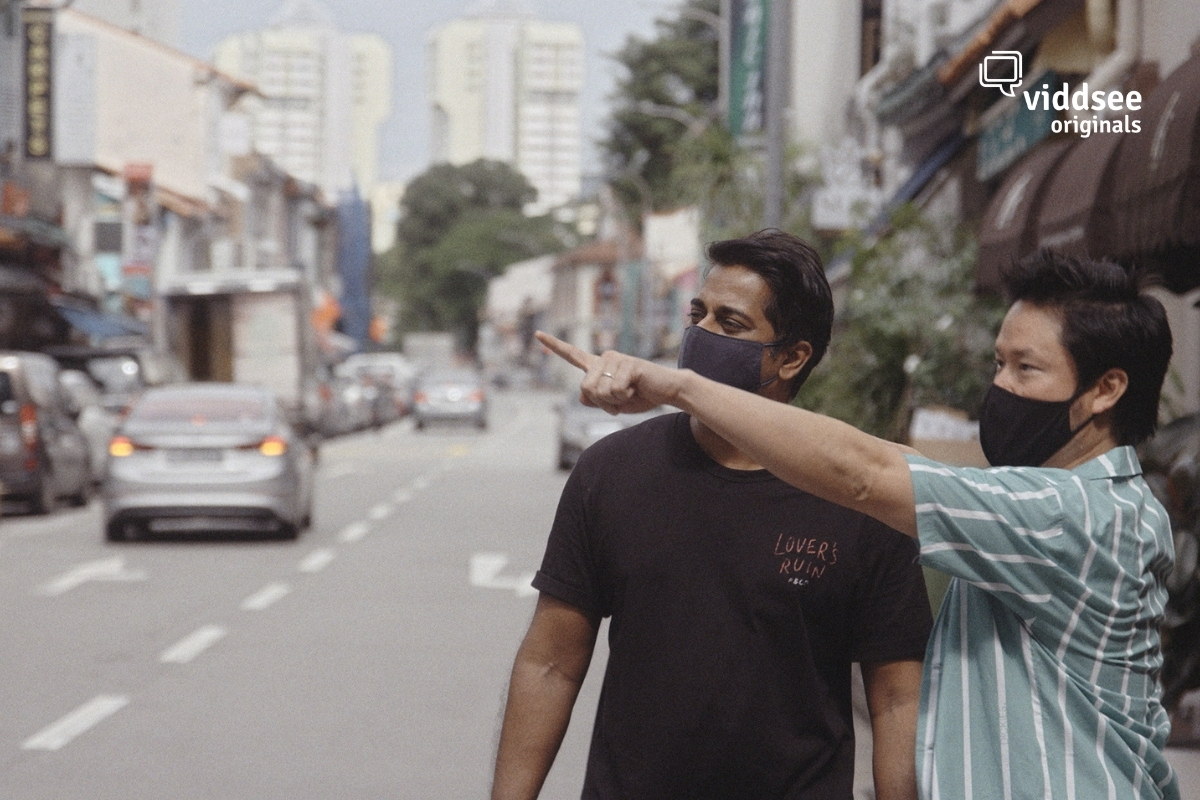 Both Jack and Rai evidently had a lot of fun on set, with the final videos showcasing their natural synergy with each other, and making us as the viewers feel comfortable watching them onscreen, just watching them banter and crack jokes with each other. More importantly, in episode 2, when they do their research, they let loose completely as they comment on the food they taste, and ask each stall owner what’s their secret, going from Blanco Court Prawn Mee (the first time both Jack and Rai tried it), to old haunts like Yan Kee Noodle House and kambing soup at Upper Boon Keng Market.

“We love to makan, so everything we also eat, no holds barred!” says Jack.

All three of these dishes ended up being key inspiration for the final ‘Singapore Ramen’ that they were to create. But as co-owners of a food business, beyond the intriguing concept, what of the taste?

“We knew what elements would go into the final bowl of ramen, but the tastings definitely had to go through a few iterations,” says Jack. “The creative team would end up running through it with Angelina (my wife and also a co-owner at The Flying Squirrel), and we’d share feedback on how to improve it, and there’s a lot of effort that goes into it.” says Jack. “What was important for me was to achieve that balance, with a big part of the taste coming from the prawn stock, with a sprinkling of the kambing soup.” 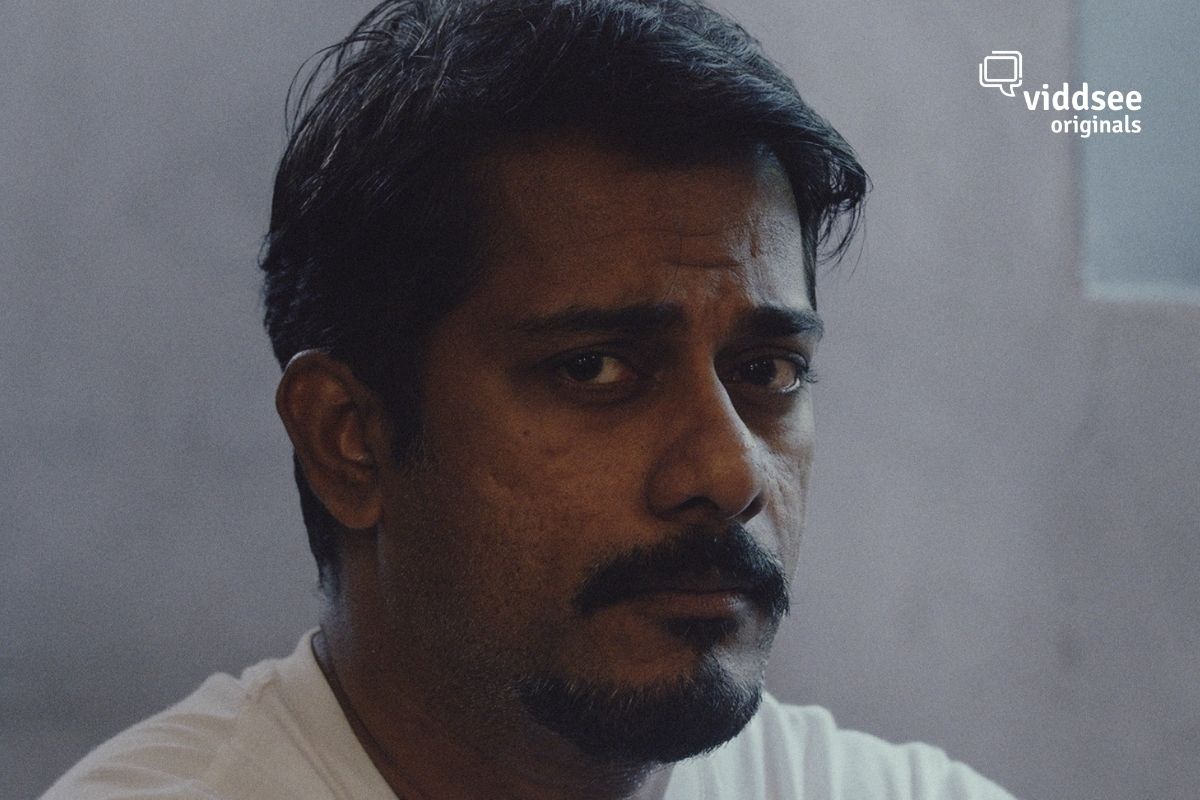 “In episode 4, you see us coming up with the final product, but what you don’t see is all the other bowls of ramen that came before it,” says Rai. “You never know what you’re going to end up creating, because it’s something new. Our first prototype was very close to a prawn mee, with the slight taste of spices, and then it started evolving into more of a mee soto kambing soup prawn mee ramen. It’s really a mishmash of flavours, with its origins Japanese but all these other elements representing Singapore. While it’s still a work in progress, kudos to the chefs helping us with the groundwork.”

“We really worked hard at it, and so proud that we made it all happen in the end.”

“We really worked hard at it, and so proud that we made it all happen in the end. I know we’re really not here to give you a mindblowing bowl of ramen, but we’re so happy the producers believed in all this, and we’re really lucky that they all pushed for us. I mean, they could always have gone with someone with more social media presence, and really, we all just had a lot of fun with it,” adds Jack. 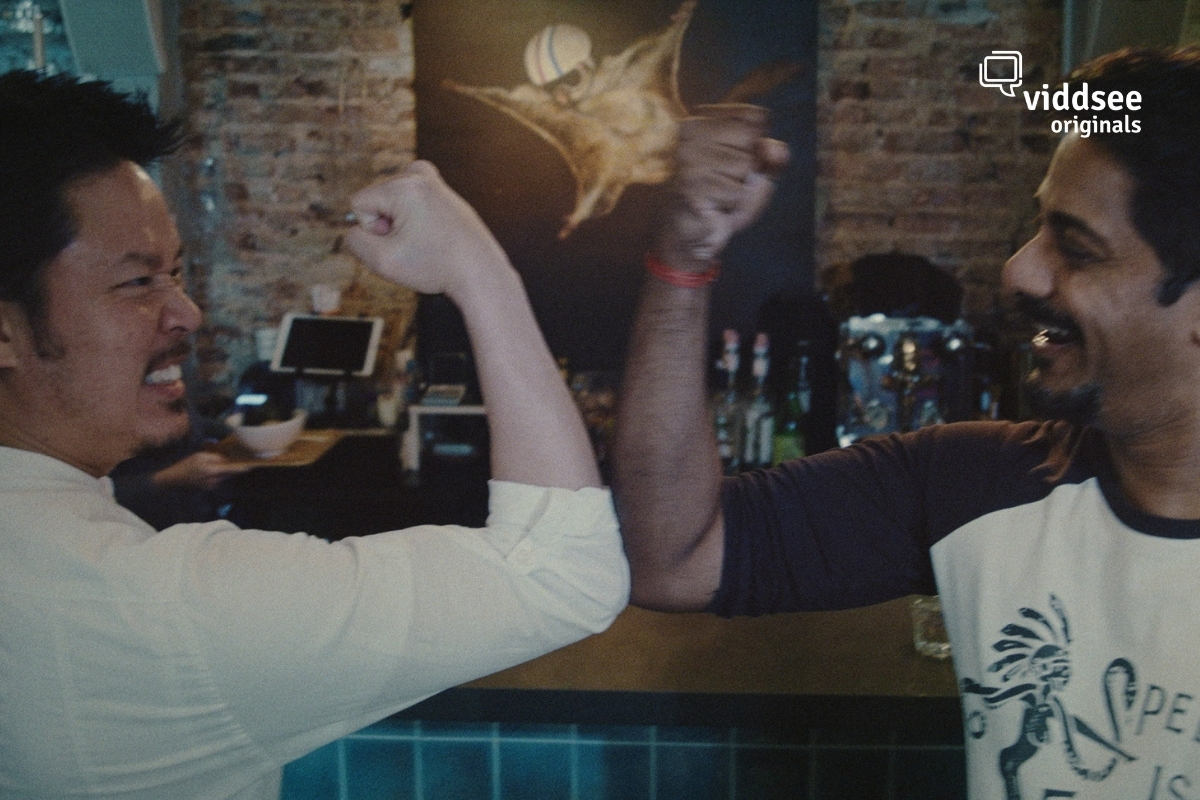 This may be their latest milestone in their 19 year journey together, but Jack and Rai still have plenty more up their sleeves in time to come, something their hard work, willingness to try new experiences, and can-do spirit is likely to see them through.

“I think one thing I learnt from this is how you should never doubt your relationship with someone, because one fine day they might just come back and help you out,” says Rai. “You know, the way Jack and I met was actually quite accidental, where we met playing at the same bar, just as solo artists. Our schedules would be mixed up, and we started to bump into each other more and more often.”

“We somehow kept moving from bar to bar together, still as solo artists, but then there was a time I was auditioning for a gig, and they needed me to perform with someone else,” says Jack. “So I ended up calling Rai to perform together, and that’s how we became Jack and Rai.”

“It’s interesting how that has led us to this 19 year journey together, and before you know it, we’ll already hit 20 years in 2022,” adds Jack. “Rai gets asked all the time whether I ever get angry, because I’m always smiling all the time. And that’s because I always try to hold on to that positive mindset. This journey together as Jack and Rai has brought us on a lot of ups and downs, and I have absolutely no complaints to be working alongside Rai, and experience so much together.”

Watch The Ra(Men) on Viddsee here

0 comments on “The Banter with Jack and Rai on The Ra(men), A Viddsee Original Series”