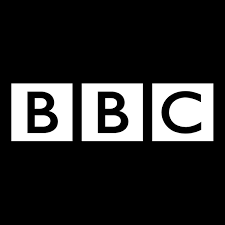 Children and parents alike rejoice as Australia’s smash hit kids’ series Bluey returns to CBeebies this August! This multi award-winning cartoon continues to follow everyone’s favourite animated Blue Heeler dog, Bluey, as she brings the positive outcomes of imaginative play into her daily adventures together with her parents, sister Bingo, friends, and neighbours. As Mum Chilli heads back to work at airport security and Dad Bandit balances working from home and caring for his playful daughters, this show celebrates the positive father figure and evolving parenting roles all while highlighting the precious realities of modern family life.

Follow the food mantra of Nigella’s Cook, Eat, Repeat for a fuller, happier belly this month on BBC Lifestyle. From sinful desserts to comfort hearty dinners, the highly famed celebrity chef and food writer shares many of her recipes and the inspiration behind them in the kitchen.

BBC First introduces crime and thriller in August, beginning with Time, a three-part series filled with a star-studded cast such as award-winning actors Sean Bean and Stephen Graham. Set in the harshness of prison life, it centres around a former teacher who has been sentenced to four years for the death of an innocent life, while a dedicated prison officer does his best in his job to protect his loved one from harm. In Too Close (based on the book by the same name), psychological games are being played as Dr Emma Robinson (portrayed by Emily Watson), a forensic psychiatrist, uncovers what caused her patient, Connie (portrayed by Denise Gough), to commit a crime, while Connie exploits the insecurities of her doctor.

Inside The Factory Series 6

Discover the skill, scale and technology involved in the creation of your favourite foods and goods. Gregg Wallace visits some of the largest factories in Europe to reveal the astonishing processes and machinery behind high-volume manufacturing. In this series he follows the journey of popular items such as yogurt, cider and socks from raw ingredients to finished product. Outside the factory, Cherry Healey investigates the science and innovation behind each product, while historian Ruth Goodman reveals how it was invented and popularised.

Up close with the planet’s most dangerous underwater creatures. Join extreme adventurer Cyril Chauquet as he ventures into a world of mysterious and dangerous underwater creatures. From diving with a giant tiger shark in the Bahamas to dodging man-eating crocodiles while on the hunt for Africa’s largest freshwater fish, this adrenaline-packed series takes the viewer on an incredible adventure. Cyril explores the oceans, rivers and lakes of the globe to find the biggest fish he’s ever faced in some of the most remote areas of the world.

Nigella shares the rhythms and rituals of her kitchen and reveals the inspiration behind many of her recipes.

The most kind-hearted competition on TV has become an unstoppable force, blending creativity, drama and wit. This long-running hit has won impressive audiences and charmed critics. Twelve amateur sewers compete in three challenges per show as the judges test sewing skills, creativity and working under pressure. Using commonplace but tricky fabrics, the tasks might be daunting, but the results can be spectacular.

This funny and honest look at modern family life celebrates how imaginative play helps shape healthy children. Australian blue heeler puppy Bluey has a boundless imagination and loves to turn daily life into playful adventures. She and little sister Bingo throw themselves into exploring their world, using gameplay to conquer their fears and try out adult roles. And they like nothing more than pulling their parents – particularly Dad – into their fun and games. Mum Chilli’s gone back to work and Dad Bandit juggles childcare with working from home. But though he might think he’s in charge, the girls are definitely calling the shots when it comes to playtime – and pretty much everything else!

Prepare to get hooked on this innovative animal soap opera that connects pre-school children to the natural world through entertaining stories and cute, funny animals.

Each beautiful episode helps young viewers learn something new, encouraging them to discover and explore new environments. Stories include a little duckling who gets lost while learning to swim, a badger whose taste for adventure gets him into trouble, a pill millipede with a flair for tap dancing, and a family of owlets – belonging to the rarely shown little owl species – playing hide and seek.

This miniseries is the powerful story of how two women become dangerously close when fate forces them together. Dedicated forensic psychiatrist, Dr Emma Robinson is not easily shocked. She’s worked with her fair share of high security patients. Then she’s sent to assess Connie who is facing trial for a terrible crime. Can Emma find out what happened on the night of the crime ? Or what happened to turn Connie into a monster? How does her beautiful friend Ness fit into it? And why does Connie’s husband refuse to see her? As Emma tries to make sense of it all, Connie starts to show a searing insight into Emma’s deepest insecurities and begins to brutally exploit them. Their sessions become a complex psychological game with confusing and emotional undercurrents. As Emma tries to uncover the truth and learn what triggered Connie’s despicable behaviour, it seems that her attempts to see justice done may destroy her instead.

A powerful depiction of prison life, starring Emmy and BAFTA winner Sean Bean, and four-time BAFTA nominee Stephen Graham. Authored by Emmy and three-time BAFTA-winning writer Jimmy McGovern. Former teacher Mark Cobden is responsible for the death of an innocent man. Tortured by visions of his victim, he welcomes his four-year sentence as penance. Eric McNally is a dedicated prison officer, doing his best to protect those in his charge. But when a dangerous convict threatens to hurt someone Eric loves, he is faced with an impossible choice. Unflinching but ultimately hopeful, Time is a raw study of punishment and penitence.