Themed ‘A Wok Through Singapore’s Culinary Heritage’, SFFV brings together stalls both old and new, some with permanent homes and some a little more mobile, such as The Travelling Cow and Kerbside Gourmet, a common sight at festivals and events.

We started our gastronomic journey by dropping by The Travelling Cow and grabbed a Chicken Rice Taco Bowl – a deconstructed and reimagination of our traditional Hainanese chicken rice, featuring an edible taco bowl filled with veggies, sous vide chicken and deep fried chicken rice balls, nicely balancing out the nutritious with the sinful.

The rest of SFFV features a whole host of local favourites, from roti prata to nonya kueh. We had our hands full just trying to get a bite of everything! Like any Singaporean, we zoomed straight in to the stall with the longest queue – Everything Foods’ Carrot Cake.

What was so special about their carrot cake is that they offered the option of adding a healthy dose of salted egg yolk sauce on top of the usual dish, jumping onto 2016’s still-strong trend of adding salted egg to everything. The sauce added a new and unexpected twist to the already well known fried dish, and as fans of salted egg yolk ourselves, enjoyed it thoroughly. 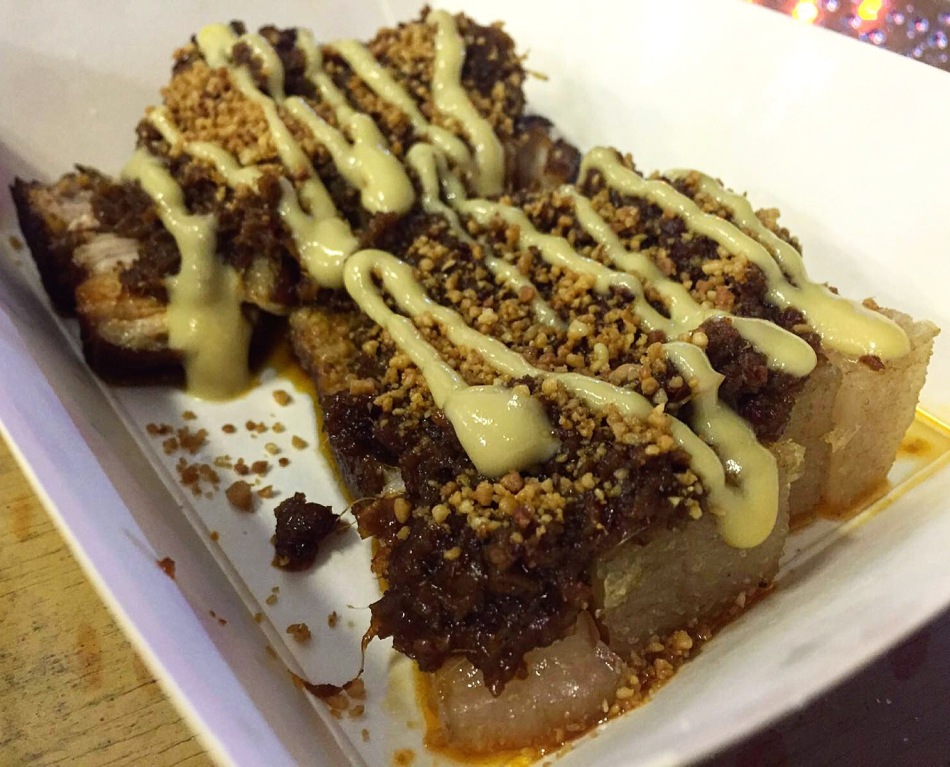 We also went to Collagen Pot, which served braised pork belly. Originally supposed to be served as a cold dish, Collagen Pot instead deep fries the outer layer and tops it with a tasty sambal sauce and mustard. The result is surprisingly good, even though you’d expect the combined rich tastes to compete with each other. And the final twist? Despite being warm on the outside, the meat inside remains cold and refreshing. 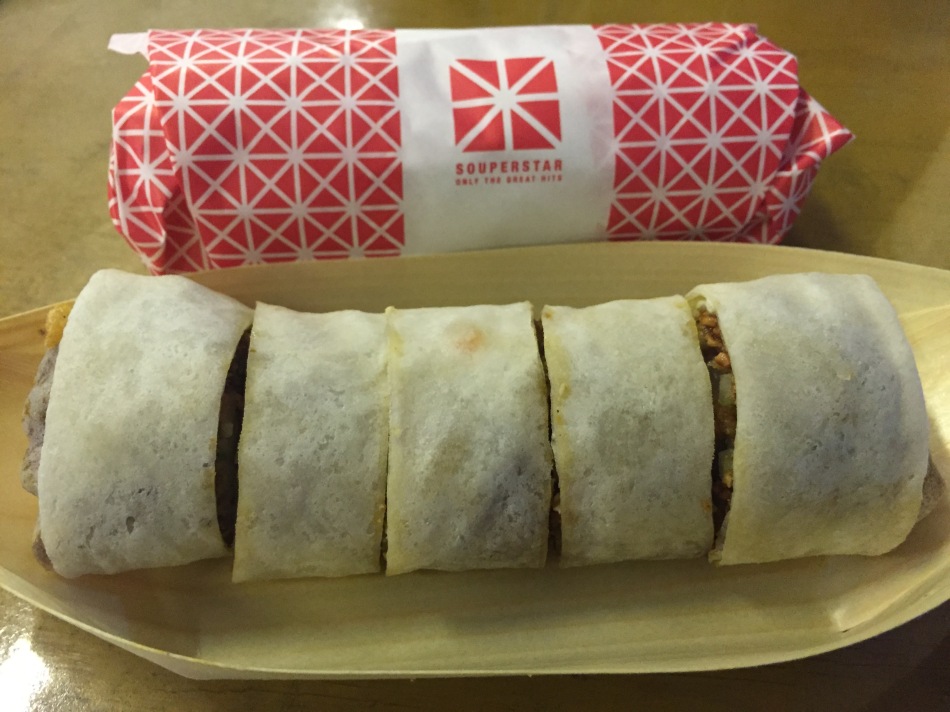 Also be sure to check out Souperstar and Fortune Food, the former of which specialises in (what else?) western creamy soups, and also have a permanent shopfront at Eastpoint Mall, while the latter serves up a mean popiah, the ingredients lush and well put together.

For dessert, we visited The Bakery Chef and Momolato, located side by side. 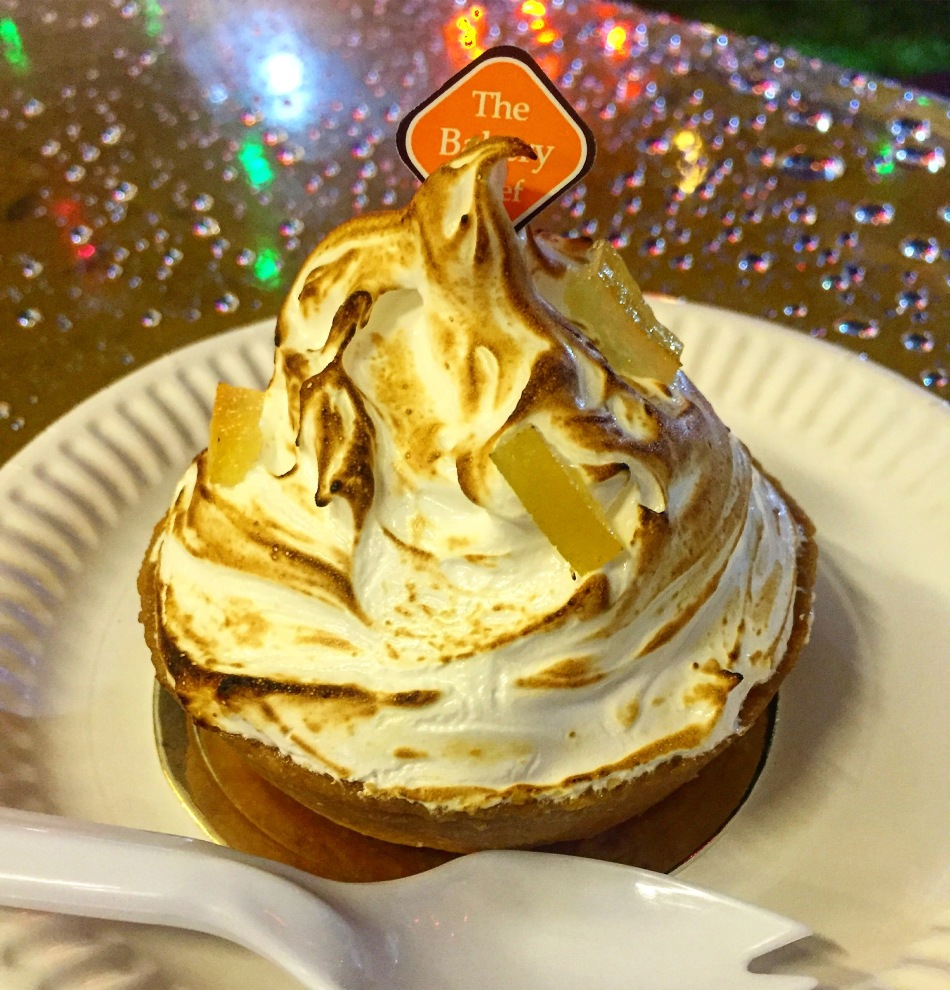 We got a Kalamansi Tart from The Bakery Chef, an Asian take on the lemon meringue pie. The meringue was sugary sweet and complemented the calamansi base perfectly, encased in a crumbly, yummy tart shell. Momolato, on the other hand, was something we were already familiar with, having visited their booth at the recent Geylang Serai Hari Raya Bazaar and previously had their blue salted caramel soft serve and Hokkaido milk popsicle. This time though, they offered up something completely unexpected – a deconstructed Mee Siam.

At first we thought they might have ventured into food, apart from just dessert, but it turns out that it was actually a dessert version of our local Mee Siam. Using coconut ice cream served atop a fried mee siam nest and topped with peanuts and crispy taupok, with a drizzle of the typical spicy Meesiam sauce. This “dessert” replicated the original’s taste pretty well, but much more appropriate after a meal. Plus, it makes for a great instagrammable moment!

So if you’re hankering for a taste of everything Singaporean, head on down to Bugis this week for a food market that almost certainly has something for everyone, to satisfy all your cravings.