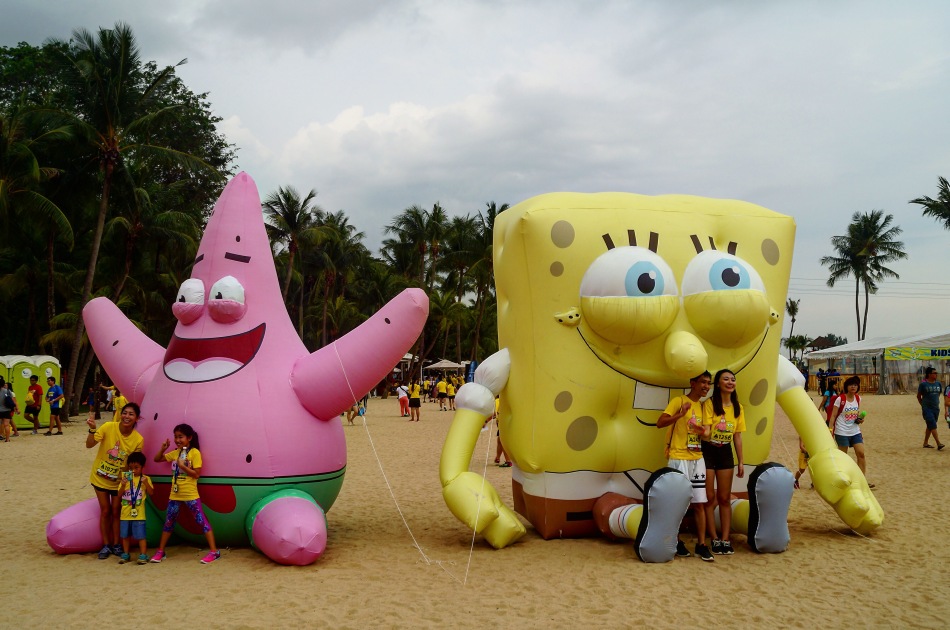 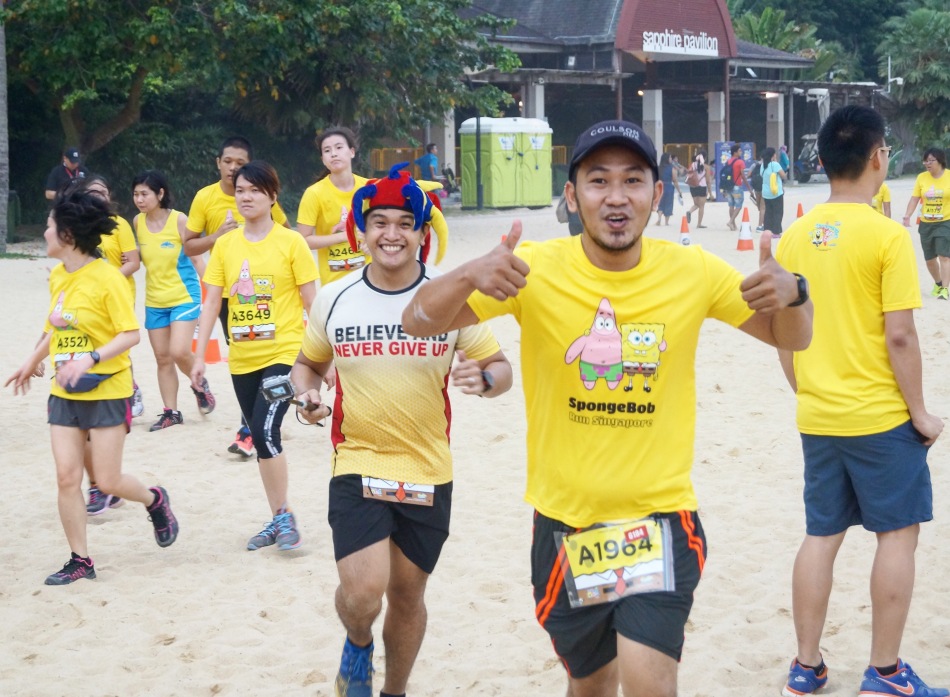 On Saturday, the first ever Spongebob Run was held in Asia!

Considering it was held on Sentosa, over at Siloso Beach, we were all prepared to pay the entry fee to get onto the island. When we headed up to the monorail though, we were pleasantly surprised to see a designated priority line for runners to queue up and get onto the monorail for free. A great initiaitve, and before long we found ourselves at Siloso walk, awash in a sea of fellow yellow shirted participants.

The race started at 5pm, and we arrived early, around 4+, when the Kids 800m Dash began, heralded by the Spongebob theme song and even an appearance from a Spongebob mascot. The kids were all smiles as they ran past us, and it’s probably because they were rewarded with an adorable pink Patrick finisher tee.

We collected our race pack, which consisted of the race tag, the race tee and a Spongebob soft toy. As bigger sized people ourselves, we couldn’t actually fit into the tee, so perhaps they could consider printing the shirts in larger sizes as well the next time they organise such an event. 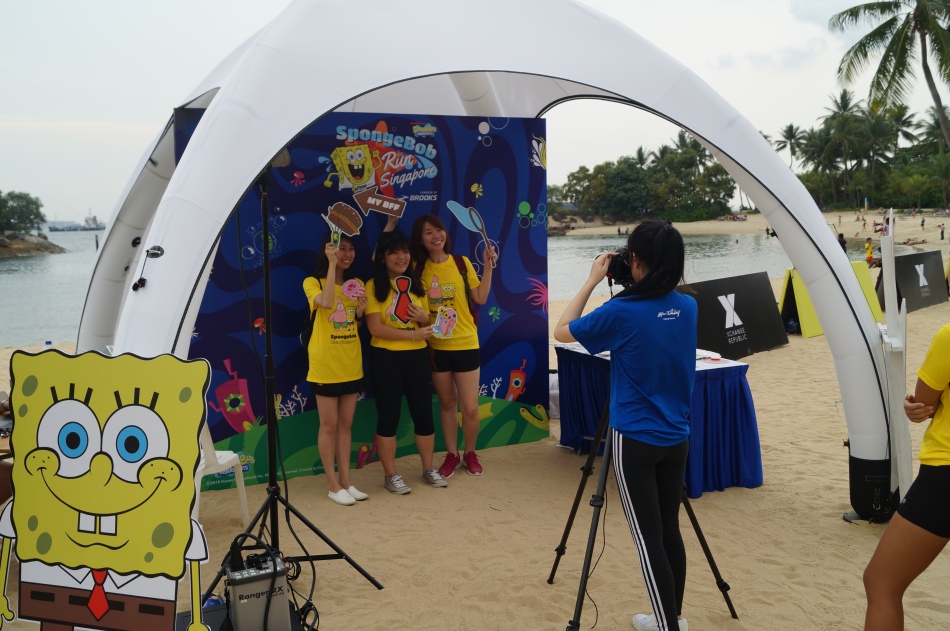 With time to spare before the flag off, we milled around the beach, which was filled with a throng of Spongebob standees to pose and take photos with. There were even two giant inflated Spongebob and Patrick balloons, which spawned a long queue to take photos in front of. If you needed refreshments, sponsor Sagiko was present as well to sell canned drinks, not to mention a stall selling exclusive Spongebob gummy candies. 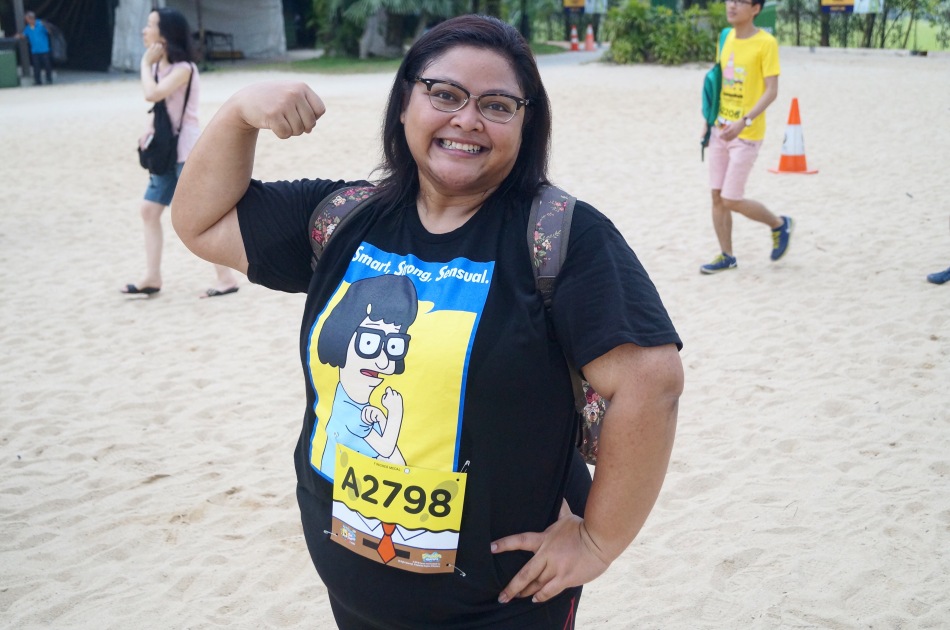 Finally, the flag off for the fun run began at 5pm. As a 5km fun run, you could tell that people weren’t really pressured to dash to be the first (it’s non-competitive after all). The route followed the road beside Siloso beach back towards the station, before curving around to the beach itself and ending parallel to the start point. 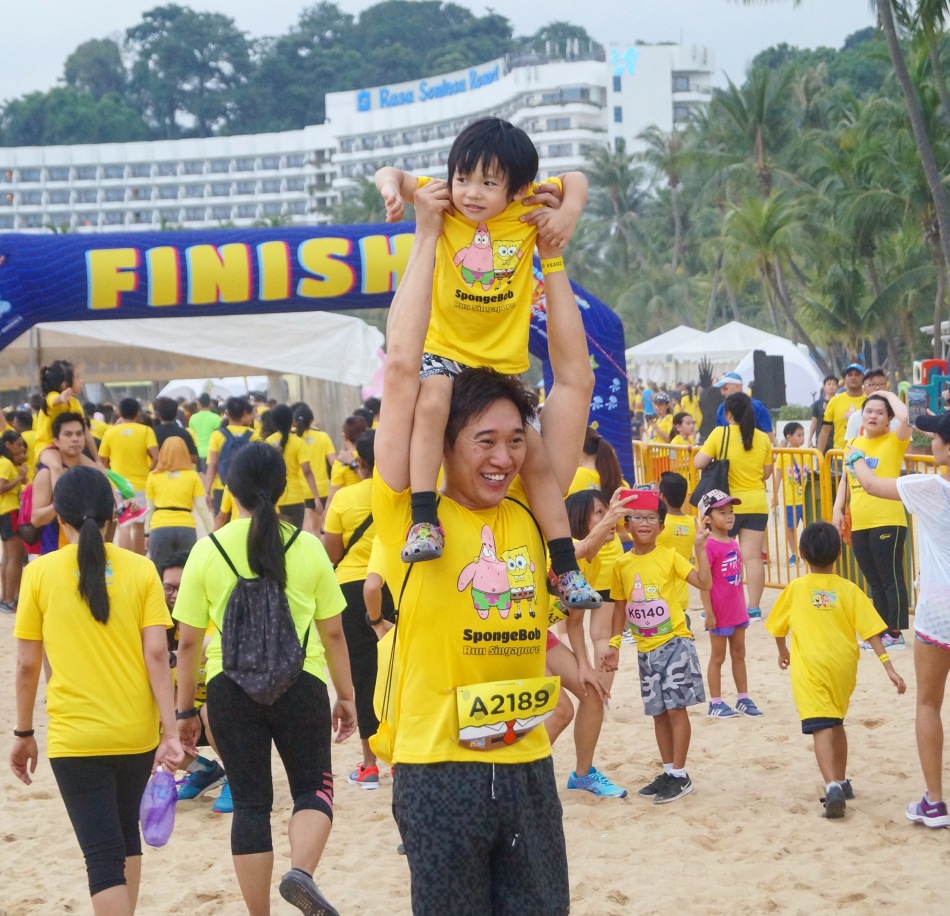 Despite the threat of dark clouds and lightning in the sky, all the participants still managed to complete the race without the rain coming down at all, almost certainly a Spongebob miracle. 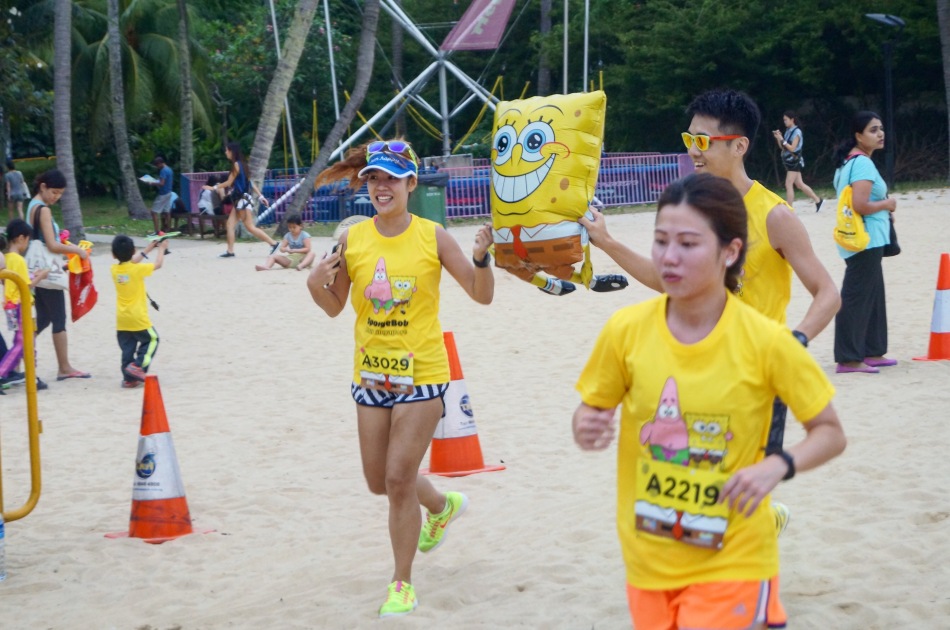 The runners were all smiles by the end, holding their congratulatory medals happily as they walked back to Siloso station. And the best part? The organisers even arranged for free shuttle buses back to Harbourfront bus interchange for all the runners, welcome relief after giving it their all in the race before. 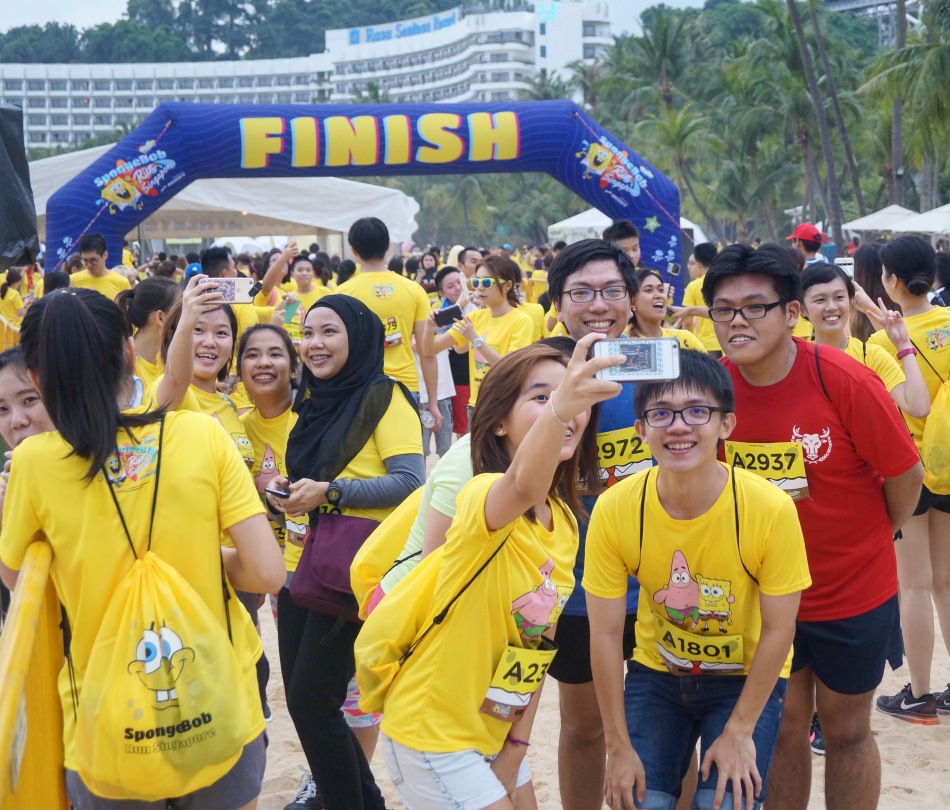 All in all, the inaugural Spongebob run was a success, a fun Saturday evening out for the runners and their families, and hopefully the first of many to come.