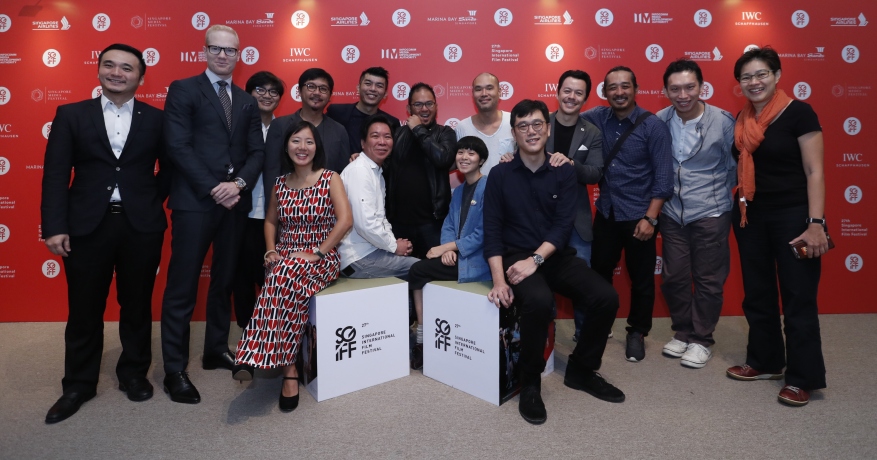 The Singapore International Film Festival enters its 27th year, and as always, brings together some of the very best of new independent cinema to our little red dot. This time around, it’s going to have a fiercely Asian theme, courtesy of the team headed by festival Executive Director Yuni Hadi and Programme Director Zhang Wenjie.

This year, the festival will screen 161 carefully curated feature length and short films from 52 countries, including 16 world premieres, 9 international premieres and 18 Asian premieres. Apart from the regional Asian films, expect esoteric and wonderful gems in independent cinema from lesser known countries such as animated shorts from Estonia, short films from Nepal and Latin American cinema.

Some highlights of this year’s iteration include opening film Interchange, from Malaysian director Dain Iskandar Said, a supernatural fantasy film noir set in a Malaysian metropolis, receiving its Asian premiere at Marina Bay Sands. Try to catch Mrs K as well, by award-winning Malaysian filmmaker Ho Yuhang, an action packed film starring Hong Kong martial arts actress Kara Wai as the titular Mrs K, whose life takes a turn when former enemies appear to shake up her peaceful life, or for something lighter, check out Indonesian director Nia Dinata’s musical romcom Three Sassy Sisters, based off classic Indonesian music film Tiga Dara, which will also be receiving a screening at the festival.

Films won’t be the only thing happening though. Expect masterclasses and talks from some of the most renowned and prestigious in the film industry, such as director Darren Aronofsky of Requiem For A Dream and Black Swan fame, and Hong Kong actor Simon Yam (with a whole host of film credits to his name, including Ip Man and Return of the Condor Heroes), who will be receiving a Cinema Legend Award, recognising his contributions to Asian cinema.

For the industry professionals, check out workshops such as ‘Future of Cinema’, a forum with speakers from community sourced production company HITRECORD and the Hawaii Internationa Film Festival focusing on using the digital platform to showcase new films, and an all new initiative ‘SG Originals’, a series of talks featuring topics such as working with actors, developing screenplays in Singapore, sound design and exploring virtual reality in short films.

Speaking to Chairman of SGIFF Mike Wiluan about the significance of SGIFF, he said: “The SGIFF aims to leverage on the strength of our neighbors and stay relevant to the direction Singapore’s film scene is heading in, acting as a bridge for filmmakers to overcome certain challenges they’re facing. Apart from just showing films, we aim to connect, nurture and mentor those in the industry, creating a festival that does so much more than just show art for art’s sake.”

We asked him what films we should definitely be catching, and he replied with these: opening film Interchange, A Yellow Bird by local director K Rajagopal, and Indian action-thriller Psycho Raman. Fun Fact: Wiluan himself is a producer, and one of his films will also be receiving a screening at the festival.

With so many great events happening this SGIFF, film buffs will be hard pressed to get their tickets soon to catch this amazing selection of films and activities. Excited yet?

SGIFF 2016 runs from 23 November to 4 December across various venues and cinemas. For the full list of films, check out their site at http://sgiff.com/ Tickets available from Marina Bay Sands and SISTIC