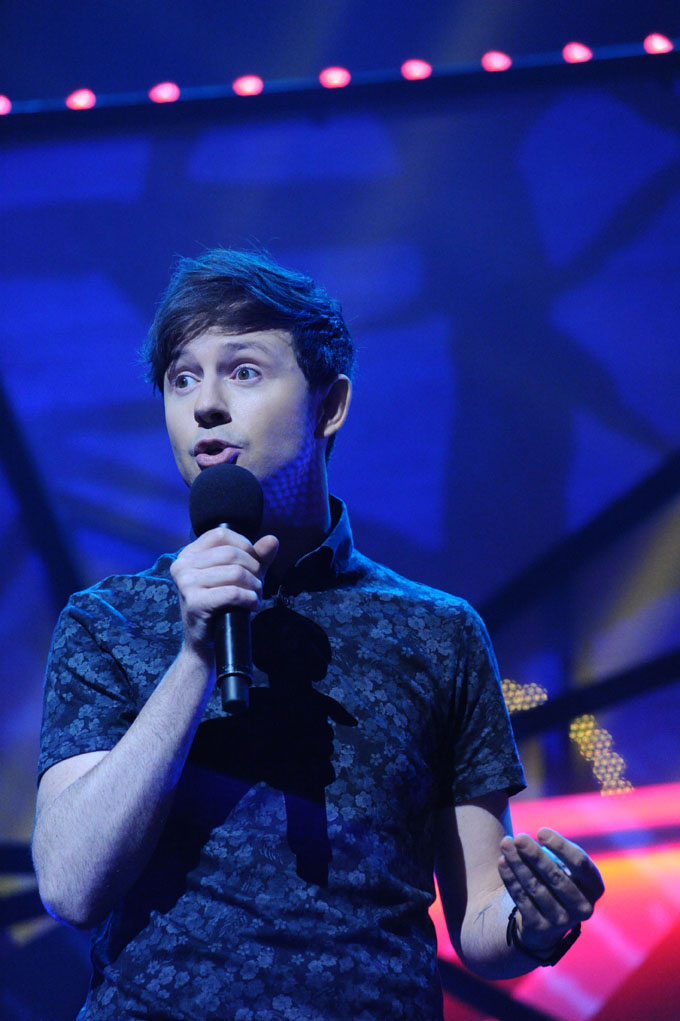 Comedian Nath Valvo has become one of the international comedy scene’s fastest rising stars, with sell out shows across major comedy and fringe festivals and regular spots on various television programmes in Australia. The thirty-something year old has made light of literally everything in his life, from parents, to age and sexuality, to his hatred of cats.

He’ll be coming down to Singapore this weekend for the Melbourne International Comedy Festival Roadshow playing at the KC Arts Centre, along with some of the very best in comedy today. We grabbed a few words with Valvo before he touches down:

Who or what inspired you to become a comedian?

I first started acting like an idiot in school when I couldn’t be bothered learning math. I realised pretty early that I could talk my way out of doing things I didn’t like and had a knack for impersonating my teachers and my aunties. People laughed and I was addicted to getting the laugh from a very early age.Then I saw amazing TV shows like Monty Python and Australian comedy shows like Fast Forward and Big Girls Blouse and just remember thinking “that’s what I wanna do!”

What’s the toughest part about being a comedian?

Financially supporting yourself in the early years. It takes a lot of hard work and a lot of years to get to a point where you can make a living of doing comedy. I have become very good at budget meals (Spoiler alert – budget meals is just skipping meals!)

What’s the key to making people laugh? Any advice for aspiring comedians?

Every comedian is different – but for me the key is – relate-ability.  I try to talk and point out things that happen in everyone’s lives. Especially family experiences and relationships you have with people. My advice to aspiring comedians would be to not watch too much stand up comedy – just get out there and find your own voice. Stage time is everything.

What’s your most memorable or unexpected experience during a show, or the best audience heckle you’ve received?

I had a lady in my show in London last year – who after the very first joke – stood up and yelled “disgusting!” then she walked out. it was crazy. So of course I teased her relentlessly after she had left and it made the show a real hoot. Also – no refunds – thanks for your money, lady.

Any material our sexually repressed country should mentally prepare ourselves for during your no holds barred show?

Not at all. I promise to be on my best behaviour.

0 comments on “Artist Spotlight: An Interview with Comedian Nath Valvo”