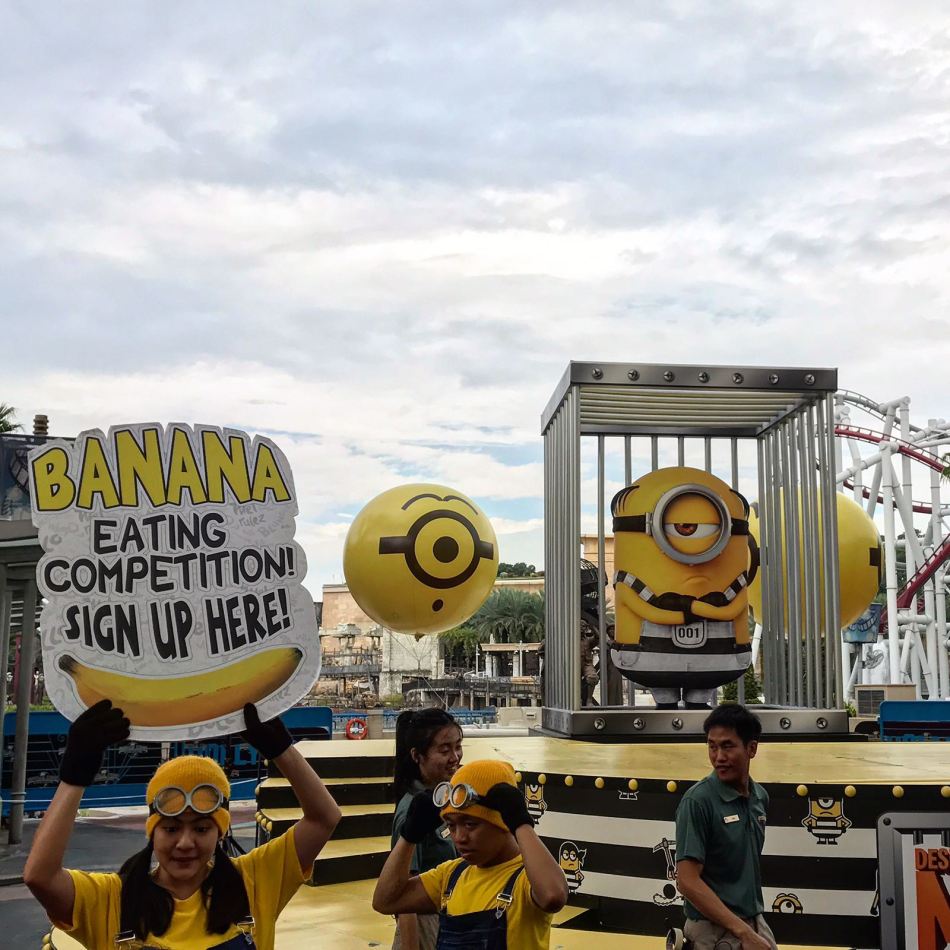 To celebrate the release of Despicable Me 3 in cinemas, Universal Studios Singapore has invited everyone’s favourite minions to throw a party down at the theme park!

In accordance with the film, the minions breakout party took on a prison theme. A completely immersive experience, you’ll already feel the party vibe the moment you step into the theme park, with all the staff dressed up as minions, plenty of black and yellow balloons and standees of the minions dressed in ‘prison garb’ black and white striped overalls straight from the film.

Guests could also join in the fun and dress up as well, even heading to a ‘tattoo parlour’ to get their own temporary tattoos to give their image more attitude, as well as consume minion-themed snacks such as cookies and cupcakes, available from pop up stores at the park . 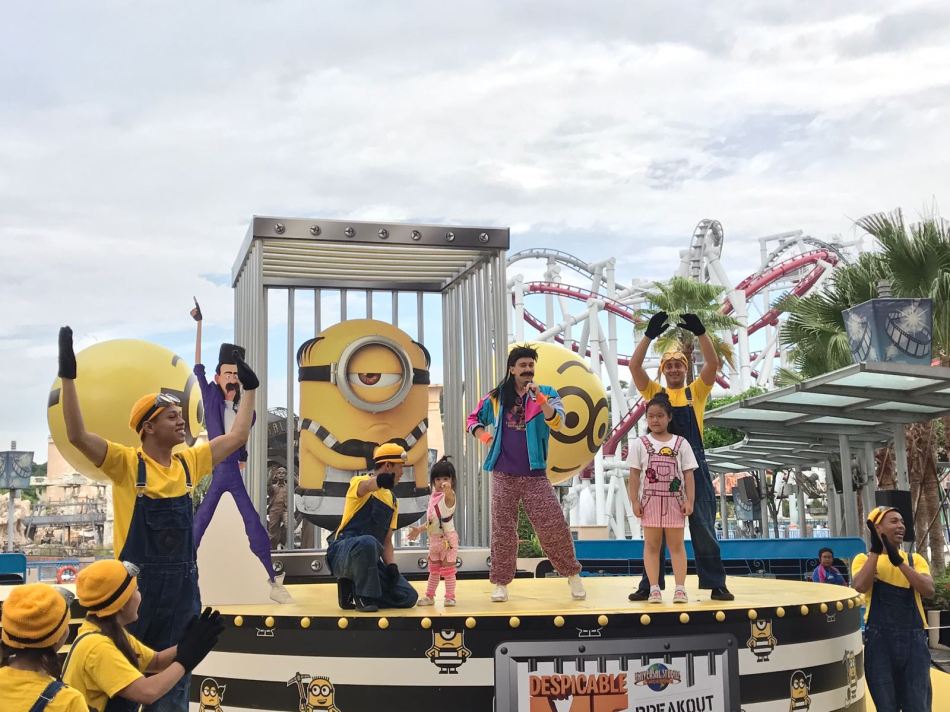 Over at the Hollywood Lagoon stage, we managed to catch Rodney’s Rotten Game Show – hosted by Rodney Rotten himself who’s even dressed himself up as Balthazar Bratt, main antagonist of Despicable Me 3!

Guests could watch the minions perform onstage, participate in a trivia quiz during the show to win prizes, and even take part in a minion’s own dream – a banana eating competition. ‘Rodney’ was a very engaging host who kept the energy up at all times and was always on his toes interacting with the audience.

Minions creator Gru, also from the Despicable Me franchise also made his debut onstage, who guests could dance with and take photos with, alongside the adorable minions too!

We were also pleasantly surprised by the Minion Mob, a flash mob where over 20 performers stormed USS along with your favourite minions, including Kevin, Mel, Stuart and Jerry, forming a grand parade all the way to the Hollywood stage.

Chock full of fun dance sequences, including one set to Pharrell’s Happy, there was an undeniable joy that spread across the entire park to all visitors during the flash mob.

Want to be part of the fun? Head on down to Universal Studios to get yourself a slice of the chaotic critters’ celebrations and party it up this August!