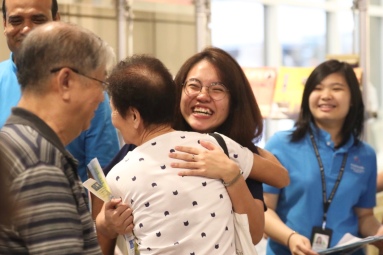 As the concert concluded, the Esplanade Concert Hall was all smiles and applause with the 1,600 strong audience of beneficiaries, visibly enjoying the programme put up for them, a perfect start to a happy, beautiful Mother’s Day Sunday.

Photos by Alvin Ho, Courtesy of Esplanade – Theatres on the Bay.

For more information on the Esplanade’s Beautiful Sunday series, visit their website here

0 comments on “The Esplanade Celebrates Mother’s Day with Concert for 1,600 Beneficiaries”