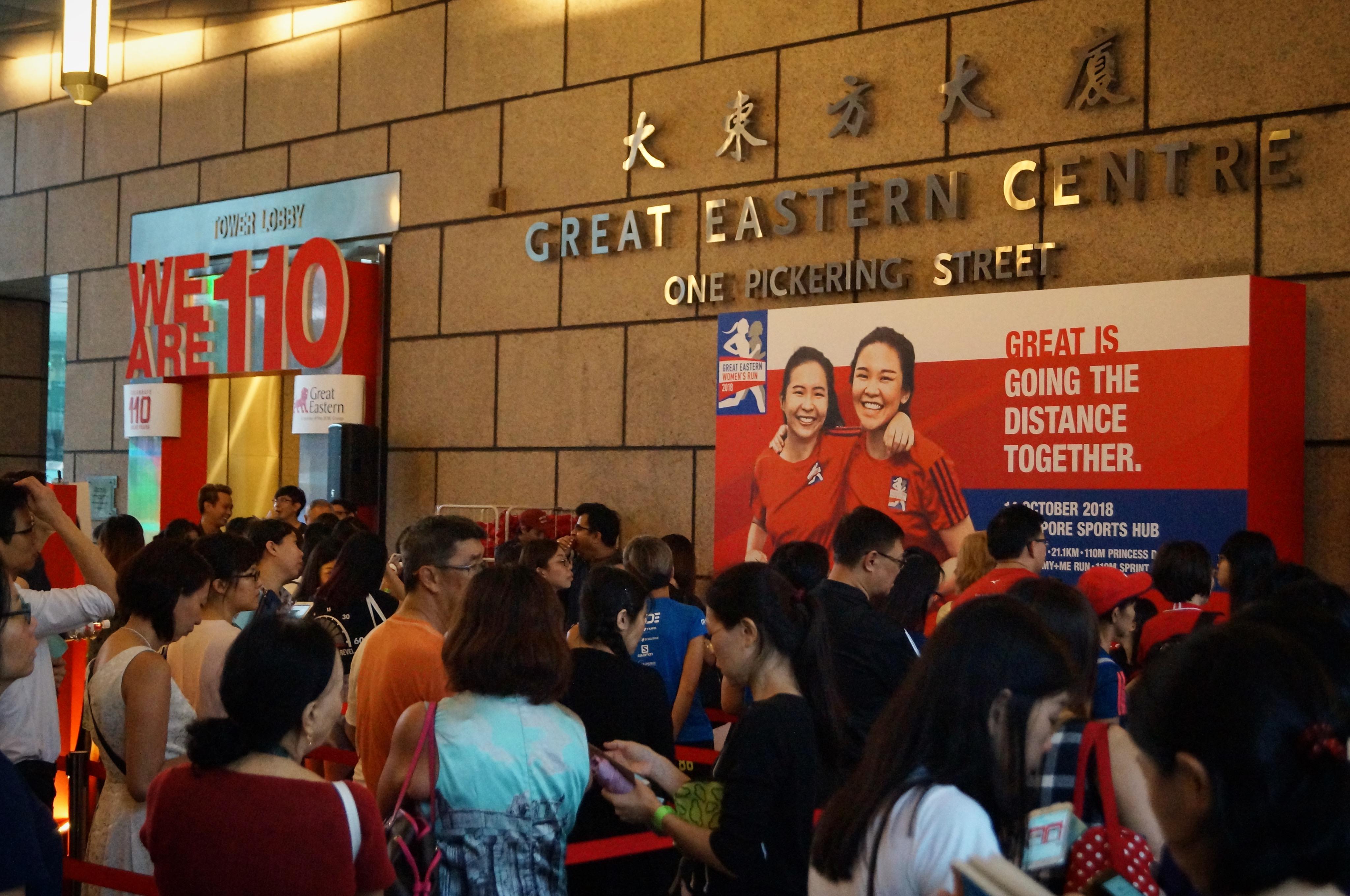 Despite dark skies and heavy storm clouds lingering in the sky, nothing was going to stop the 700 plus registrants from showing up for the 2018 Great Eastern Women’s Run registration on 31st May at the Great Eastern Centre on Pickering Street. 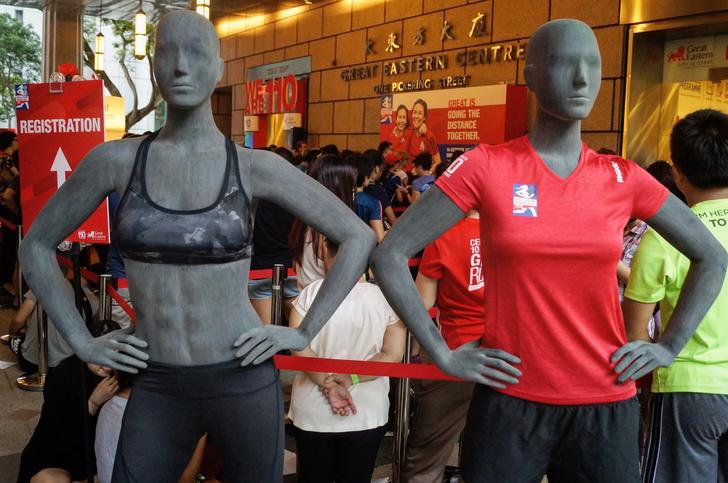 And it’s no wonder so many showed up so early; commemorating their 110th anniversary this year, Great Eastern offered the first 110 registrants a special discounted $11 fee for any race category. The first 110 registrants also received a special goodie bag from new apparel partner Reebok, consisting of a Reebok water bottle, sports towel and a limited edition Reebok sports bra worth more than $100 in total.

Two people who made full use of that discount were NUS student Liang Junyu and her mother, who were the first ones in line. Queuing since 6am, the two still looked fresh and chipper even five hours later, just as registration was about to open. Says Junyu: “I was pleasantly surprised we were first in line since I thought there’d be people queuing overnight. This is the first time either of us will be participating in the run, with my mother doing the 10km run, while I’ll be tackling my first ever half marathon. I thought it would be good practice before attempting a full marathon at the end of the year!” 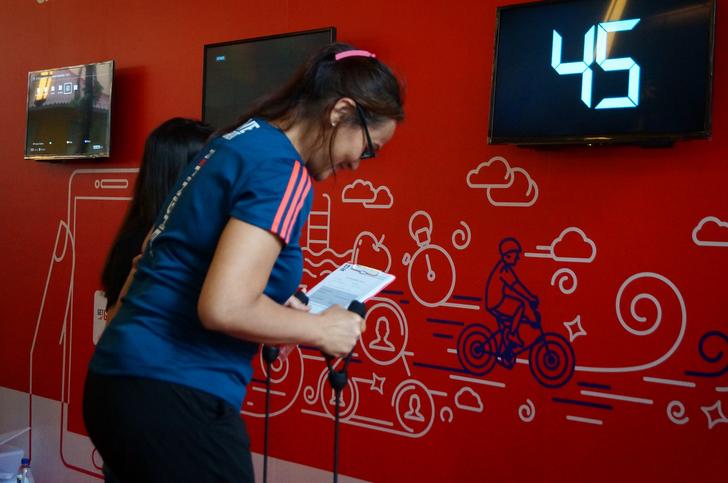 Other festivities taking place at the registration included the 60 Second Step Challenge, where anyone, including non-registrants, could challenge themselves to clock as many steps as possible within a minute to stand a chance to win attractive prizes, including a stay at the Andaz Singapore. 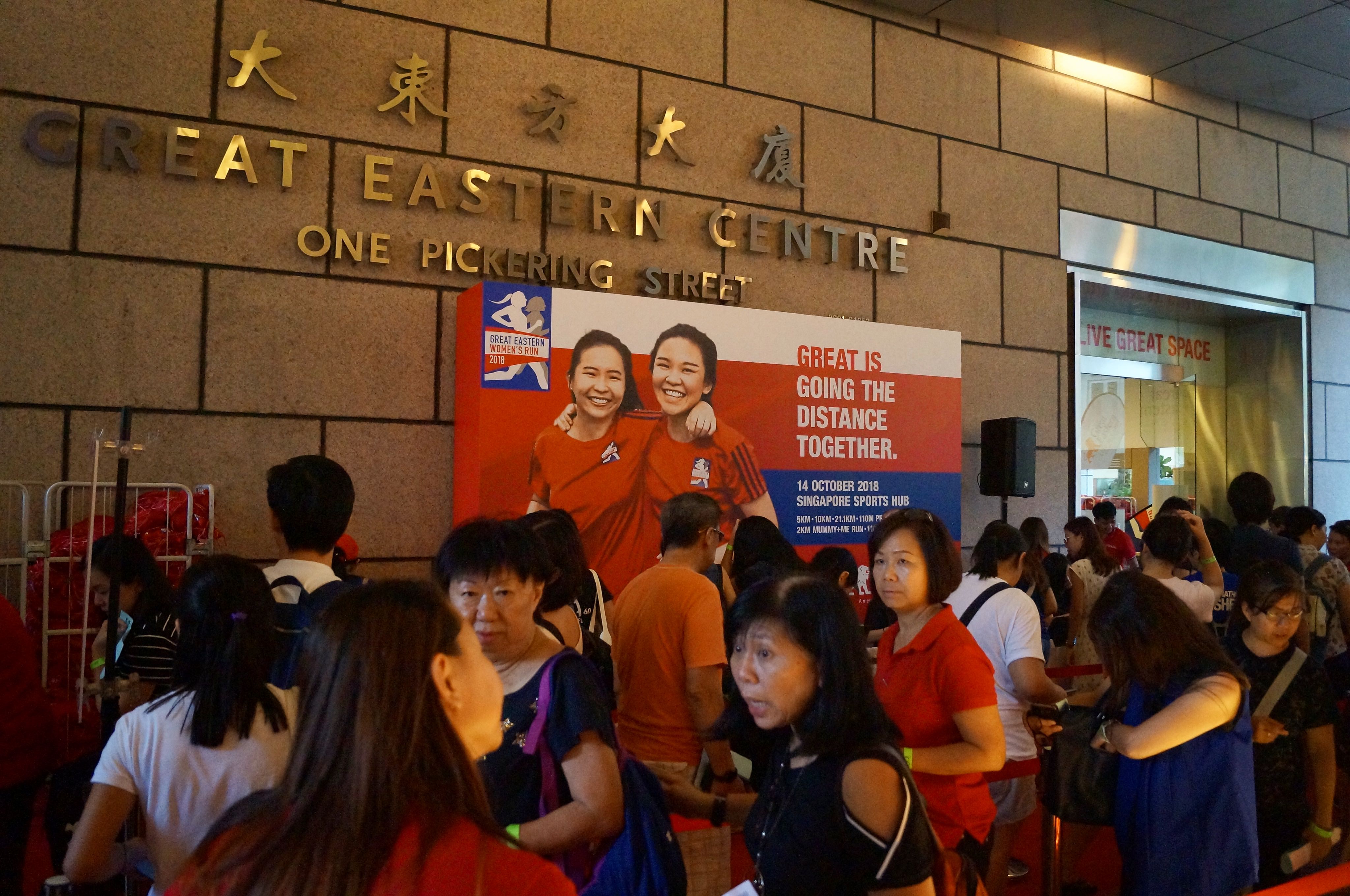 Even if you were not one of the first 110 registrants, the first 2,000 participants to register at the launch will continue to enjoy exclusive roadshow prices. In addition, registrants who download Great Eastern’s GETGREAT and UPGREAT apps will also receive a goodie bag (worth more than $50) upon registration. The registration launch continues until Friday 1st June, 7pm at 1 Pickering Street, so interested registrants can still receive a discounted registration rate.