All the world’s a stage, and the theatre industry especially so.

Is an actor ever really just an actor, or does their work go far beyond their prescribed ‘role’? For Emergency Stairs’ training and experimental arm Emergency Shelter’s first production, led by artistic director Liu Xiaoyi, OFF STAGE is a challenge to its ensemble of nine actors (Chanel Chan, Chong Woon Yong, Darren Guo, Zachary Ho, WahWah Hung Chit Wah, Doreen Toh, Theresa Wee-Yenko, Jasmine Xie and Lina Yu) to go beyond their stipulated roles as actors, quite literally placing them in traditionally ‘off stage’ positions as they take on the responsibilities of producer, lighting designer, and even ticketing personnel for this production in real life. 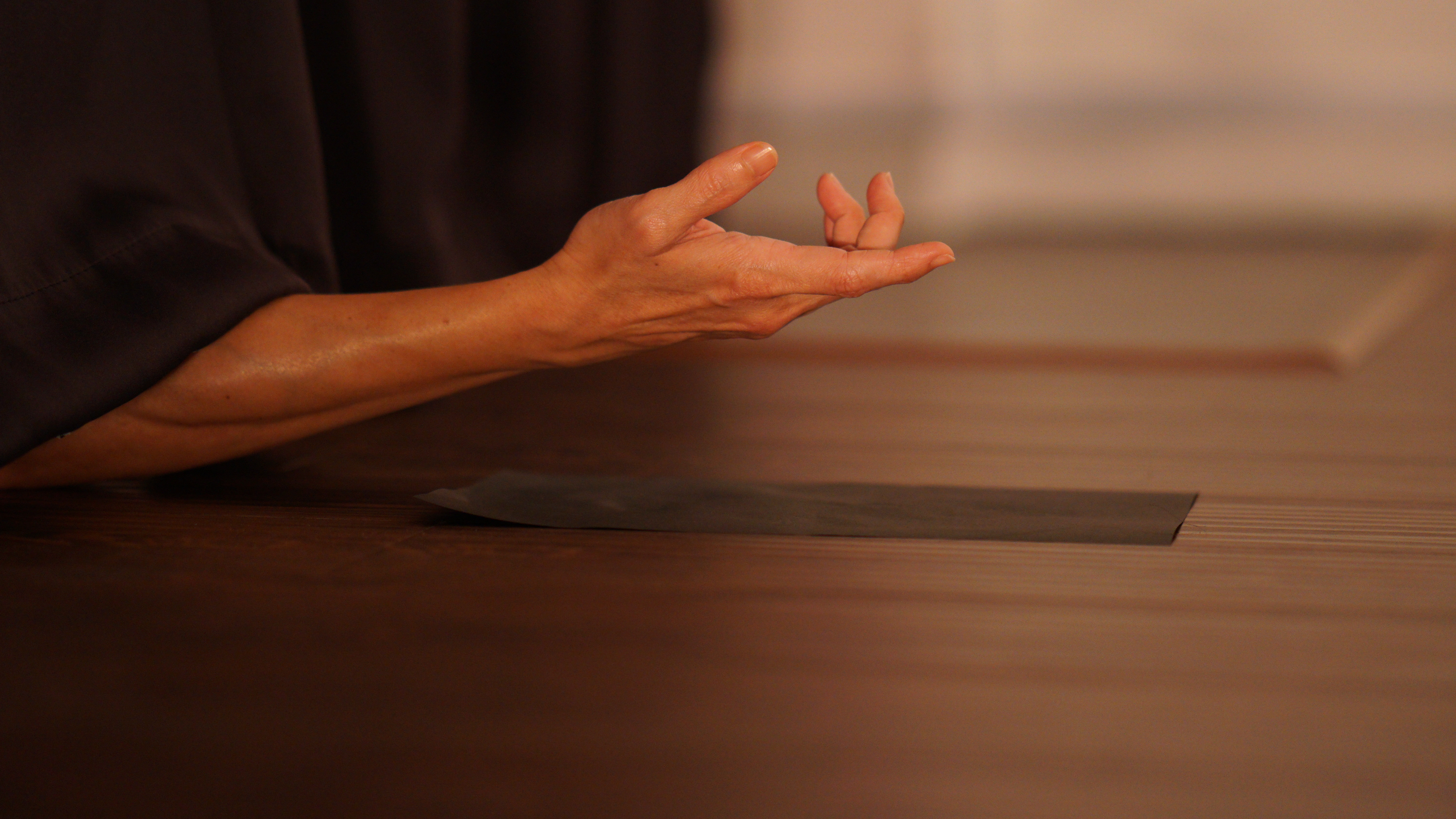 Taking their experiences gained in these ‘off stage’ positions, they then bring these roles to the stage, presented as deconstructed, often absurdist versions of themselves, with a bare, minimalist staging in Emergency Stairs’ home at Soon Wing Industrial Building. Much of the script comprises of statements attempting to define each role, at times laugh out loud funny, at others obscure and wry, but almost always hitting the mark with simple grains of truth. Marketing personnel Lina Yu reads the company description word for word, producer Darren Guo literally eats his own words by stuffing a piece of paper into his mouth and scriptwriter Chong Woon Yong himself is reduced to a disembodied hand, representing his invisibility. 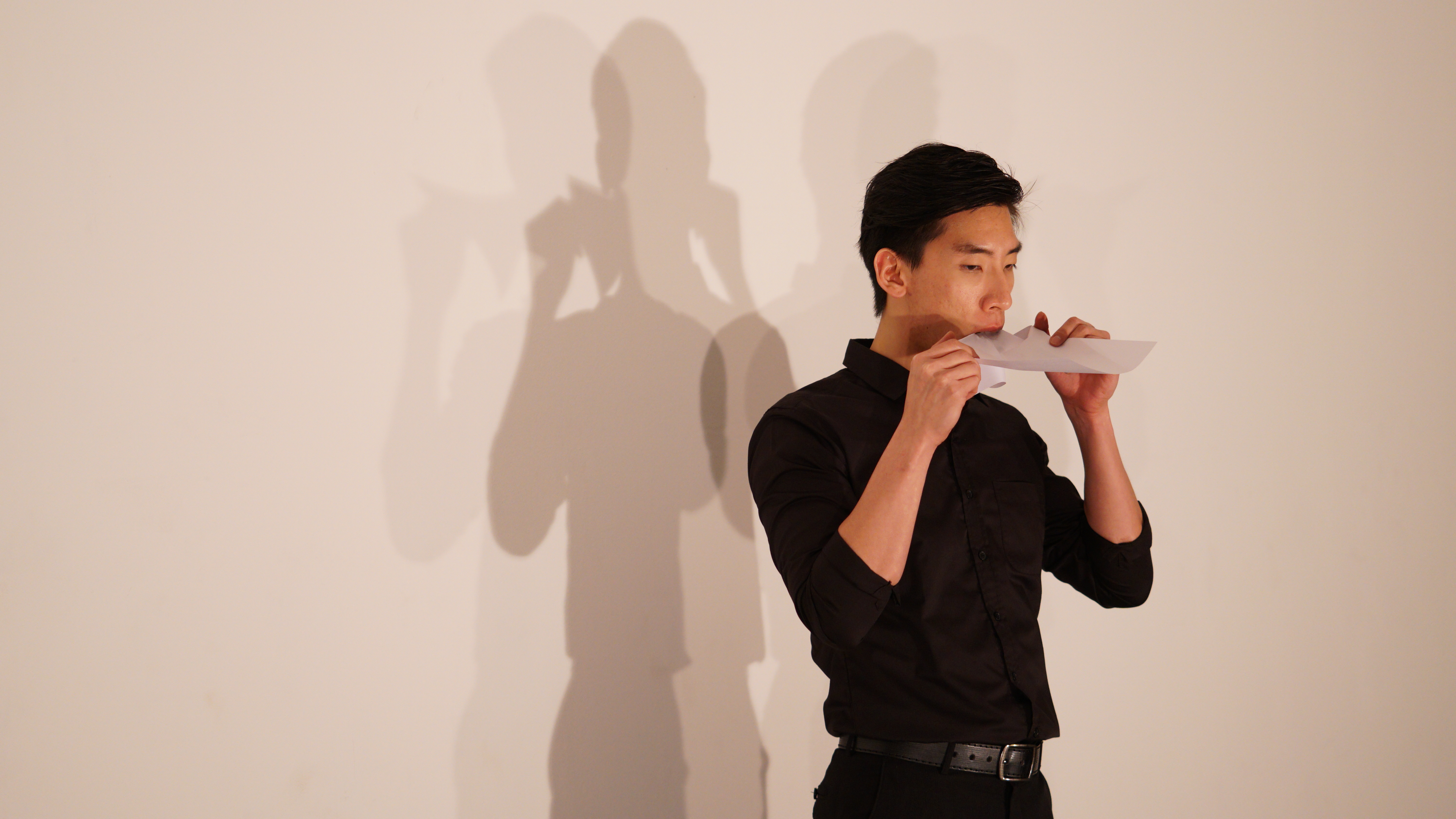 These movements question the rigidity of assigned roles within the industry, wondering to an extent if they have become so ingrained into their established definitions that the very act of performing them becomes a staged performance in itself, going through preconditioned motions and thoughts, as stage manager Chanel Chan yells for each role to standby and perform on cue. 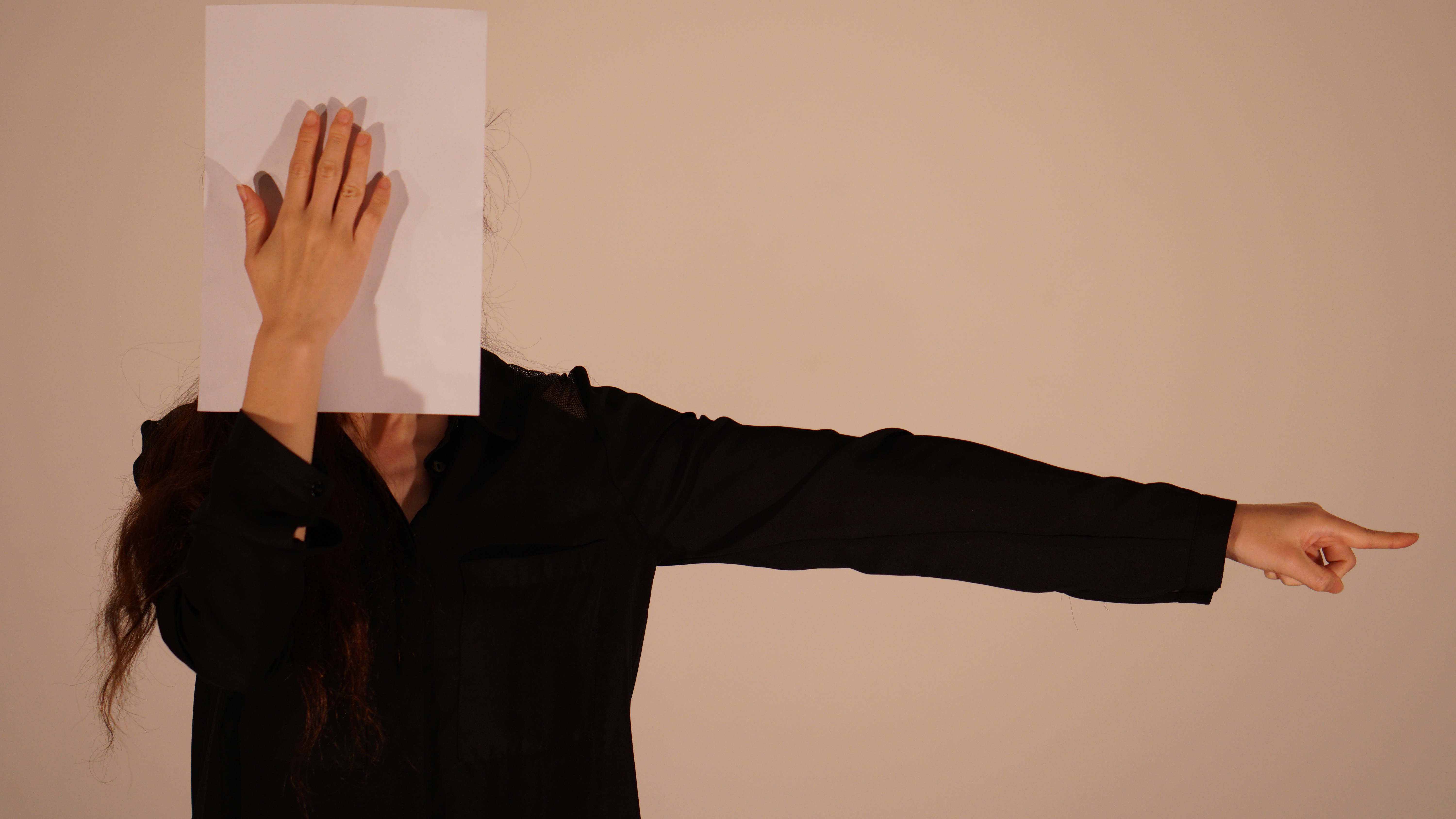 Eventually, these cues evolve beyond the roles stated, with Chanel calling for arts venues, NAC grants, reviewers and even the audience themselves to standby. When there is no response, the act calls into question if there are sufficient members of each of these institutions or groups to formulate an audible acknowledgement. To call for a standby for each of these members then, also suggests that the performing art world itself is akin to a staged performance, where to successfully stage the ‘arts scene’, there are far more participants than one might initially think, requiring players from areas beyond simply the production team. 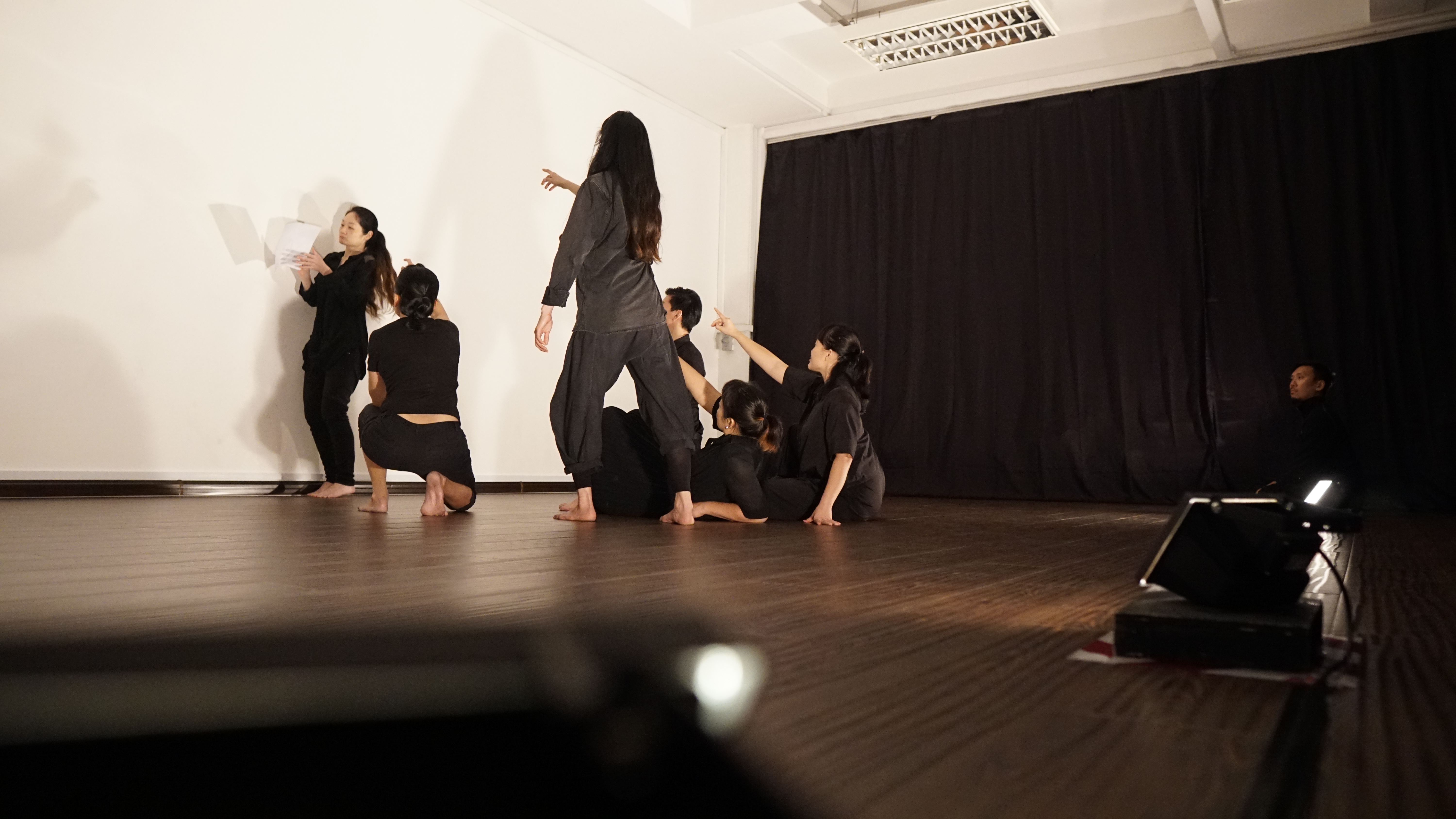 What OFF STAGE results in then, is that it dips its toes into the ever present question: whose responsibility is it to make the production work? We think back to the conversation held between Chanel and crew Theresa Wee-Yenko at the very beginning of the play – “Backstage crew can be creative too,” Theresa says offhandedly, as the two debate the importance of offstage personnel’s in the creative process of a production. All proof of that is condensed into how sound designer Doreen Toh ends the show, revealing how sound is integral to any performance, and the simple act of reducing noise to silence can have a profoundly emotional effect on audiences. 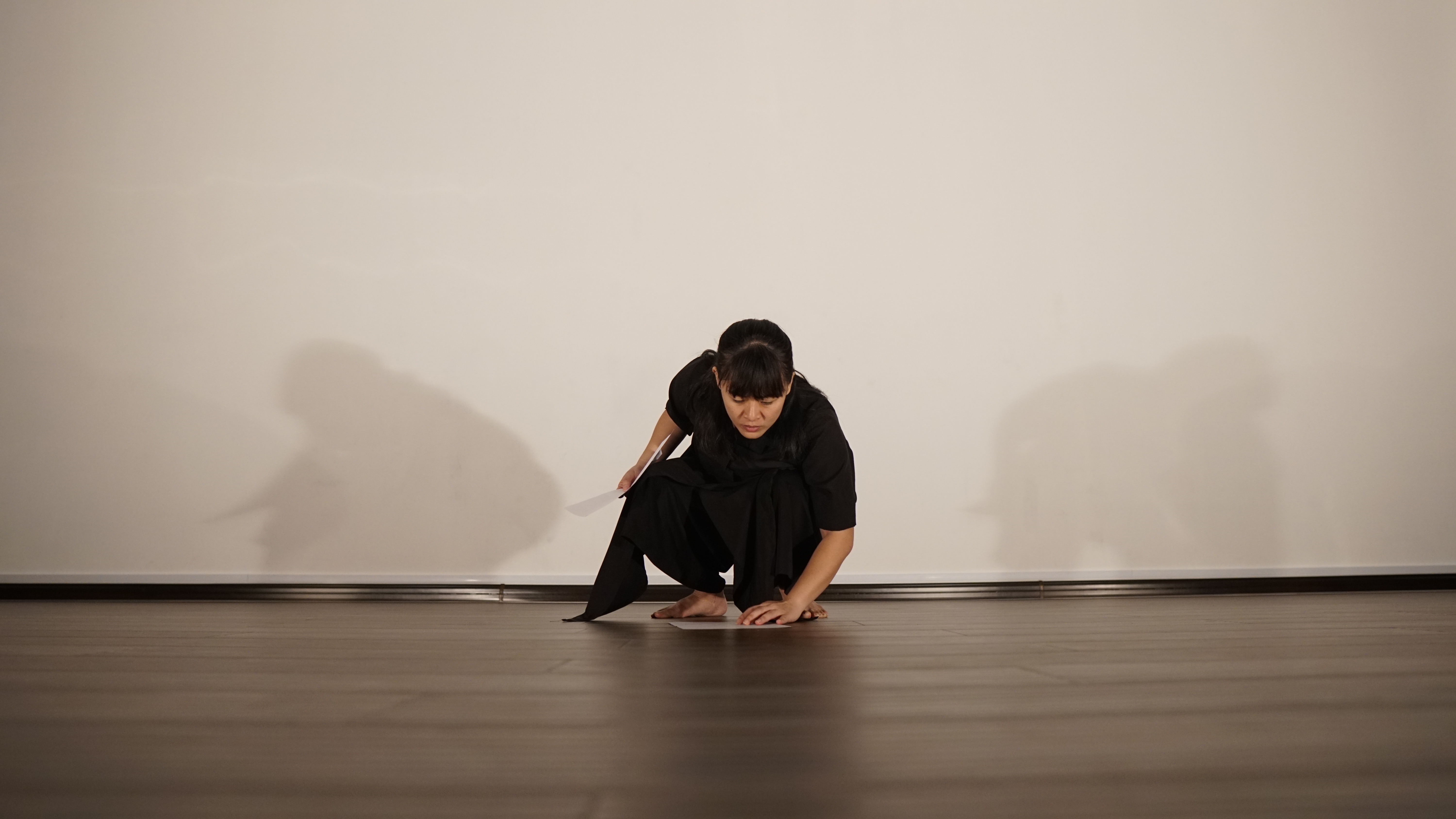 One is left wondering how much we truly value and understand the worth of the various members of the theatre industry, and the impact of their choices as they go about their roles. Can we encourage the redefinition of these roles to go beyond simply going through the motions, in turn raising the bar for theatre as a whole? What then is the impact this might have on working for theatre as a whole?

These are some of the kernels of thought OFF STAGE leaves us with to ponder over, an experiment in form and process that leaves one with more questions than answers. As enigmatic as it is at times, there is a clear attempt here to tackle and wrestle with the underrepresented in theatre. OFF STAGE is presented in a sensorially interesting and accessible way that shows the fruits of the training Emergency Shelter has undergone together, leaving us curious to see how and what this experimental collective can ascend to next.

OFF STAGE plays at STAIRCASE@Soon Wing Industrial Building #06-14 (Beside Mattar Station) from 30th May to 3rd June. Tickets available from Peatix.

2 comments on “Review: OFF STAGE by Emergency Stairs”