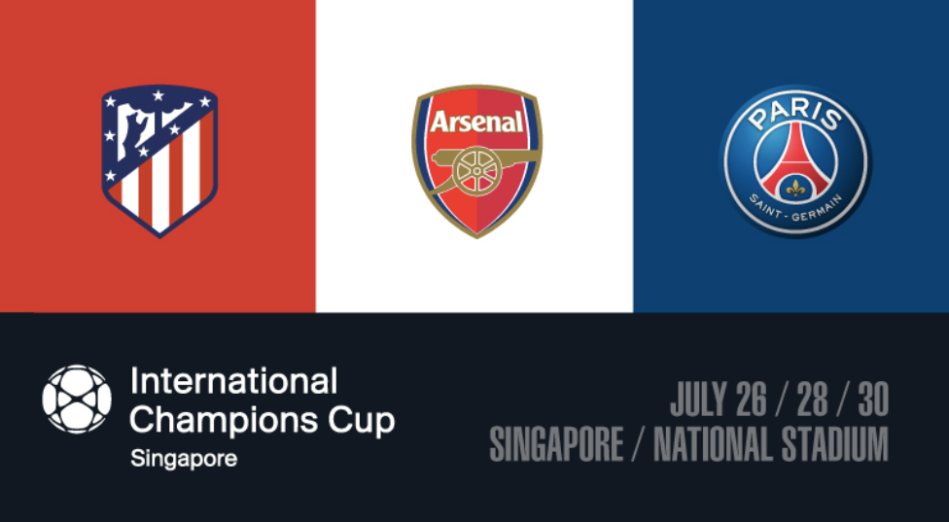 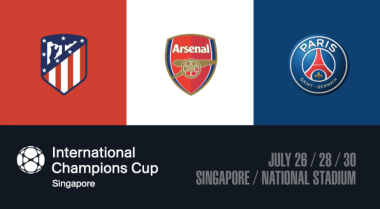 With the conclusion of the World Cup in early July, club football takes centre-stage again as players go back for Pre-Season training for the 2018-2019 season. And this year, the International Champions Cup is set for a warm welcome back to Singapore with Arsenal, Atlético de Madrid and Paris Saint-Germain facing off each other in three exciting matches at the Singapore Sports Hub!

This is a rare opportunity and one of the first to catch Arsenal in action under the tutelage of new Arsenal Head Coach, Unai Emery, who was recently named Manager of the Year in France. The heat is on for Emery, as Arsenal faces off against his former club Paris Saint-Germain on 28th July, while Arsenal players Henrikh Mkhitaryan and Pierre-Emerick Aubameyang will once again meet former manager, Thomas Tuchel, a true test for both new managers to show off their skills and what they’ll bring to the table.

Even before that, Arsenal will be matched against Atletico on 26th July, in a replay of the UEFA Europa League semi-final last month. Will Emery’s skills lead Arsenal to victory? Having led Sevilla to three successive victories in the UEFA Europa League from 2014-2016, it’s certainly pressure on him to repeat his success again as Arsenal moves towards the coveted Europa League next season.

The entire tournament will close with a heartstopping match between Atlético de Madrid and Paris Saint-Germain, considered two of Europe’s most successful clubs this season, on 30th July, after a successful season coming in second place at the LaLiga and a trophy from the UEFA Europa League for Atlético.

Tickets to all three matches are now available on SportsHubTix. Group, family and multi-day packages with perks are also available, including Fan Zone Special Entry Pass, House of Football Special Entry Pass and even a chance to win a pass to the clubs’ official training session at the National Stadium. For those willing to shell out and get up close and personal to the action, a special Field Seat category – a first for both ICC in Singapore and the National Stadium – consisting of 50 seats per match on the length of the pitch, right opposite the dugouts.