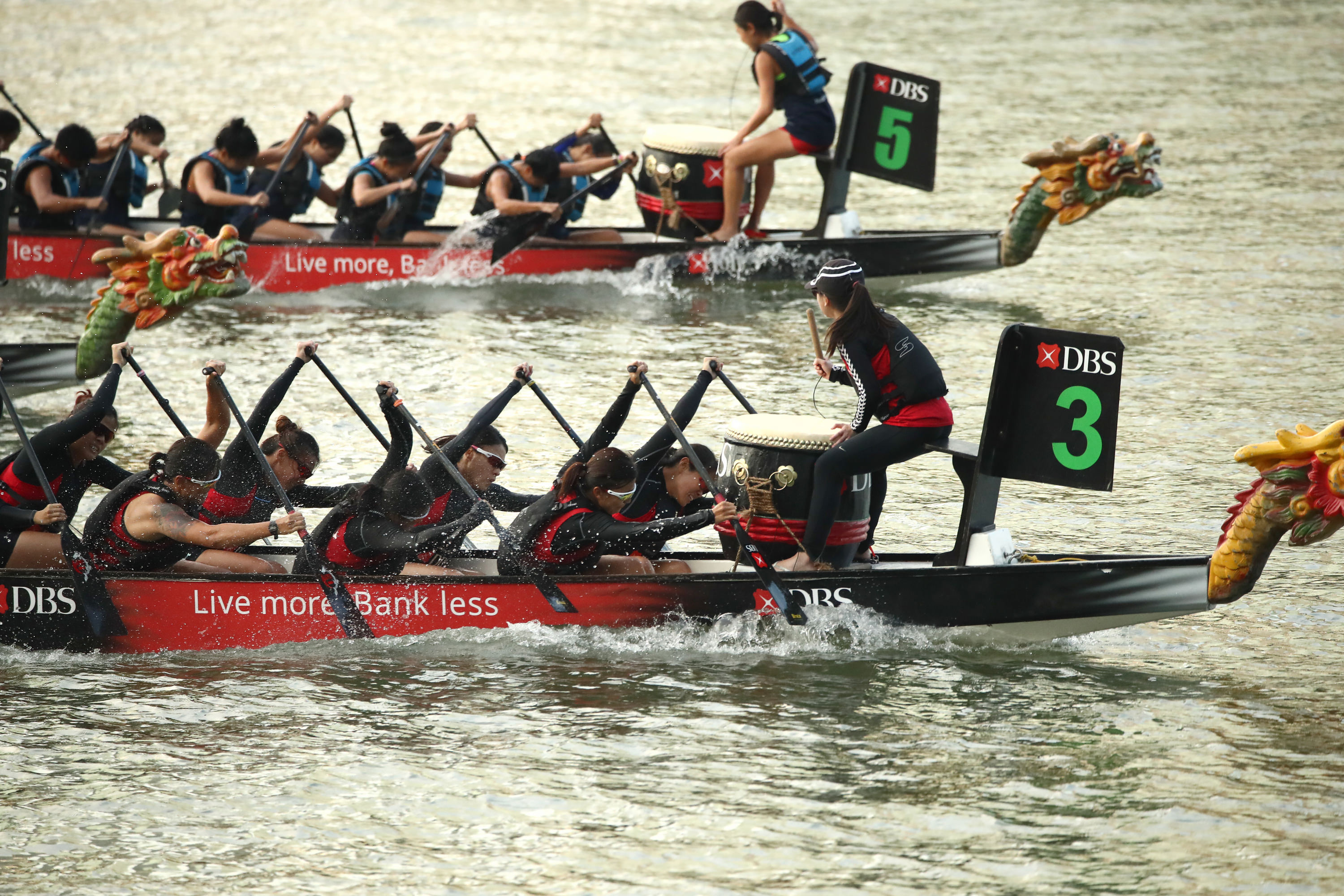 On 3rd of June, after two weekends of fierce water sports and competitive spirit along the Bay, the seventh edition of the DBS Marina Regatta 2018 came to a close with DBS Asia Dragons, Nanyang Technological University and German Dragons Singapore winning the Corporate Open and Women, DB22 Premier Open and Premier Women dragon boating titles respectively.

This year’s regatta took place as usual, along the Promontory@Bayfront, and saw high tension as boaters and rowers raced along the various dragon boating races throughout the day as they went neck to neck to complete every event. The Premier Women’s title was won eventually by German Dragons by mere seconds, while DBS Asia Dragons’ strong performance secured them the top two spots in the Corporate Women category and pipped KPMG Singapore and Ernst & Young (EY Dragons) to the Corporate Open gold medal. The final gold medal of the day was won by Nanyang Technological University who have put in strong performance throughout the regatta. 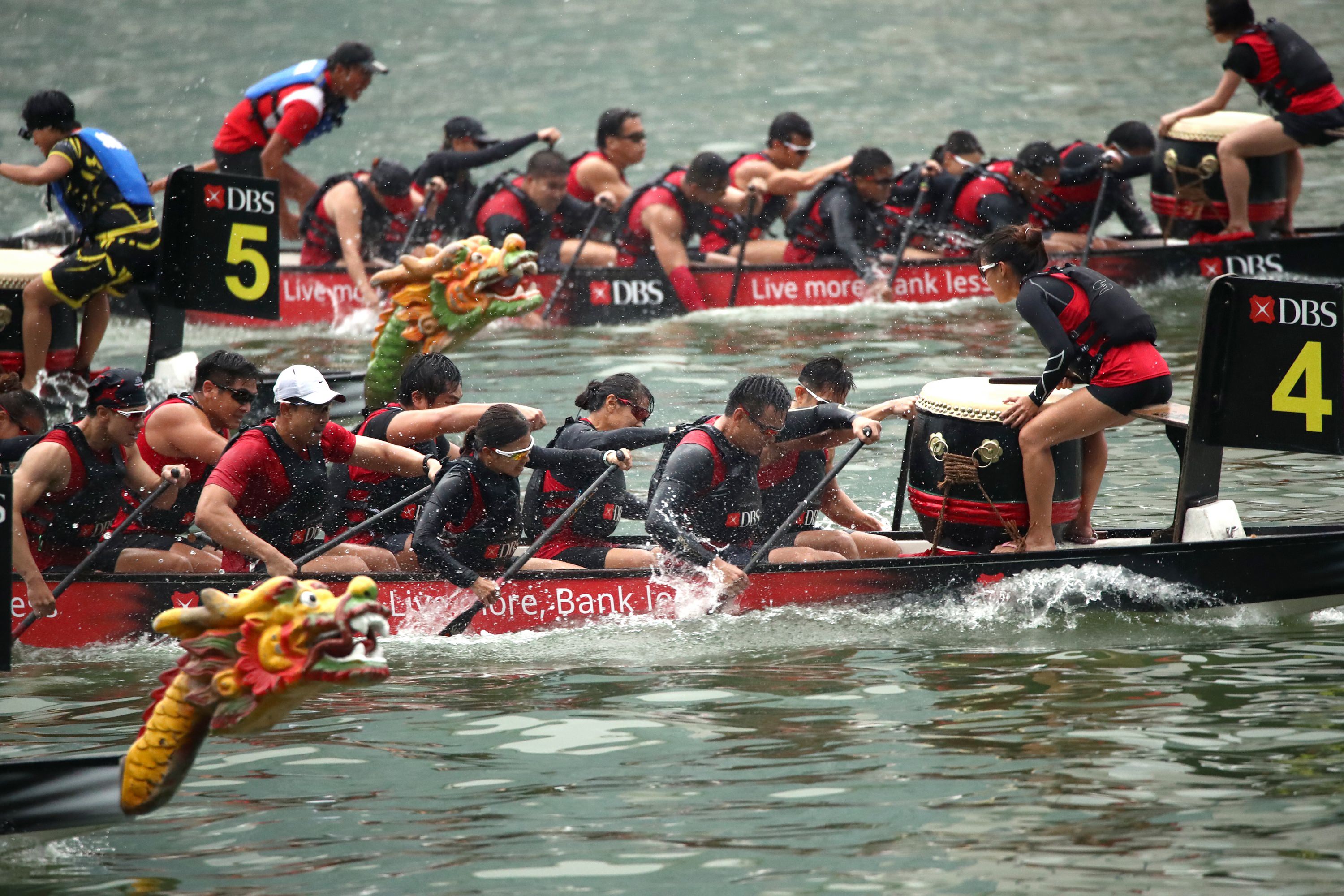 Over the previous weekends Nanyang Junior College emerged as the overall champion of the Inter School “A” Division competition where they won in both DB12 Inter School “A” and DB22 Inter School “A” races, while the Singapore Paddle Club pushed through to clinch a gold medal after surging forward in the DB12 DBS Premier Mixed race and beating Temasek Polytechnic. In the DB12 DBSCorporate Mixed category, the DBS Asia Dragons narrowly edged out Ernst & Young (EY Dragons) for first place. 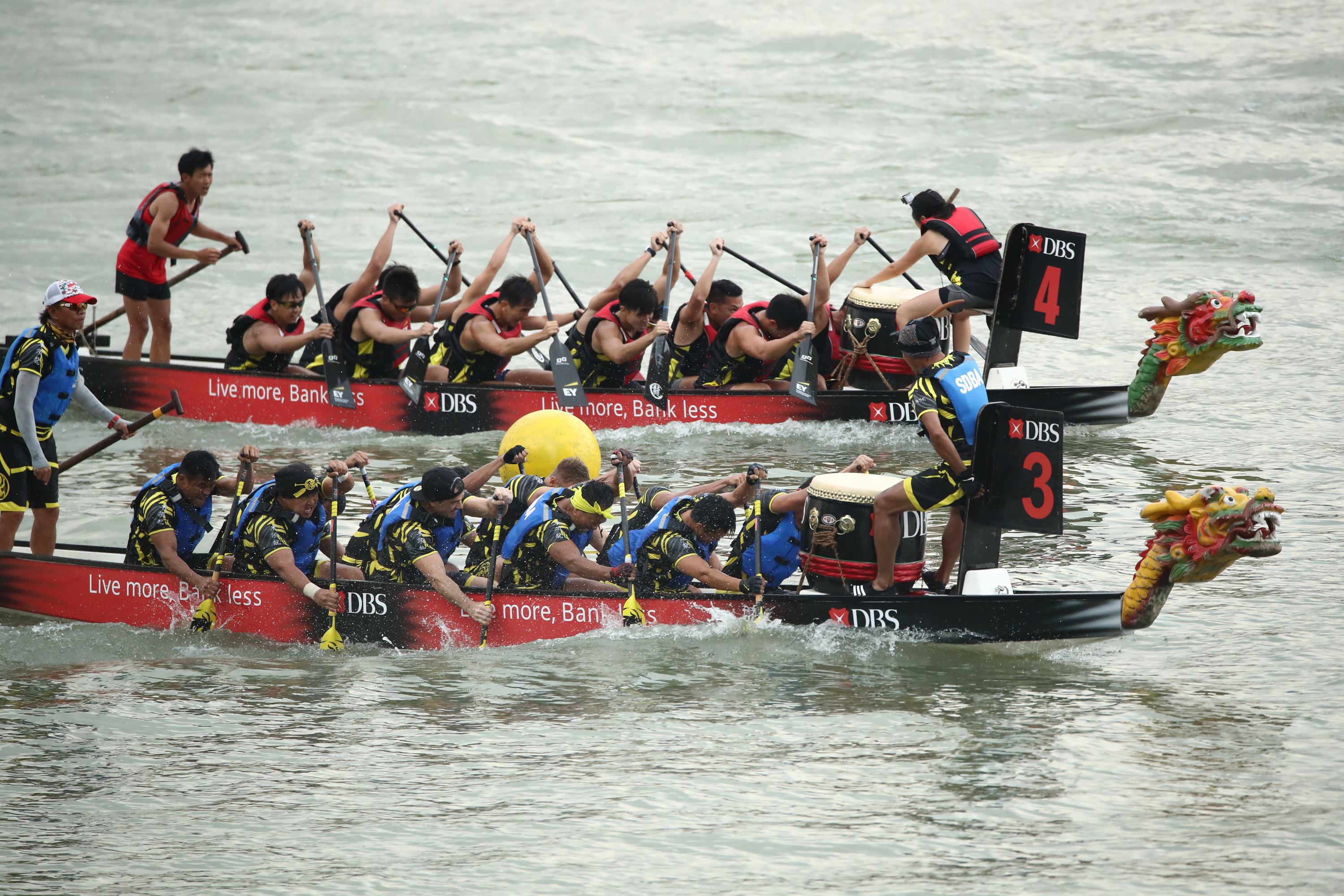 This year also featured a special community race, where some 60 youth paddlers competed in DBS Marina Regatta’s new Youth Invitational and Adaptive Community category. Some of these paddlers took part in a three-week training programme organised by the bank, and for REACH Community Services Society, was an undoubted boon as they took the first two spots in the Youth Invitational race. Other community categories at this year’s DBS Marina Regatta were the Active Agers category for paddlers above 50 years old, and the Survivor category for cancer survivors, and was the perfect opportunity to give these participants a chance to be a part of such a large-scale event. A total sum of SGD 147,000 were awarded to the winners of the dragon boat competition this year – the largest prize pool for the sport in Asia. 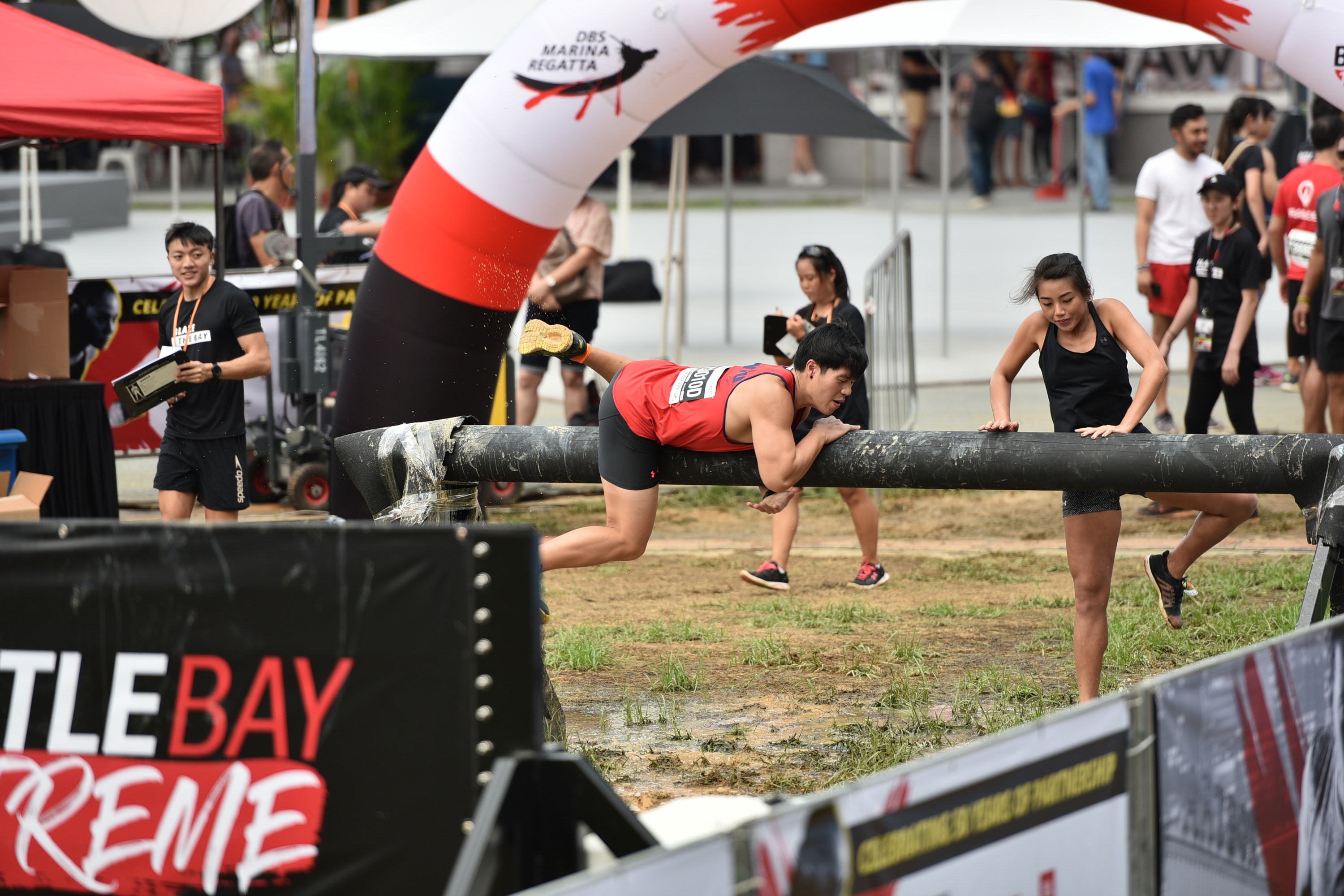 Besides the competitors going head to head in the water, the Regatta also introduced visitors to the Battle Bay Extreme, Southeast Asia’s largest land and water obstacle course, welcoming about 2,000 participants who challenged their strength and physical fitness as they dashed through the course and triumphed over the obstacles. Coming out tops were Mr Mohd Redha Rozlan and Ms Janice Ng who made it through the highest level Insane edition of Battle Bay Extreme in just 59 seconds and 2 minutes 18 seconds respectively. For the team title,  four-man Team RAJJ averaged a timing of 1 minute 52 seconds to take home the Mixed Team title, and winners were also rewarded with cash prizes and up to SGD 10,000 worth of JBL audio equipment. Proceeds from the registration fees for Battle Bay Extreme went to charity group Thye Hwa Kwan in supporting Active Aging seniors, making every racer’s participation a key part of contributing to a worthy cause. 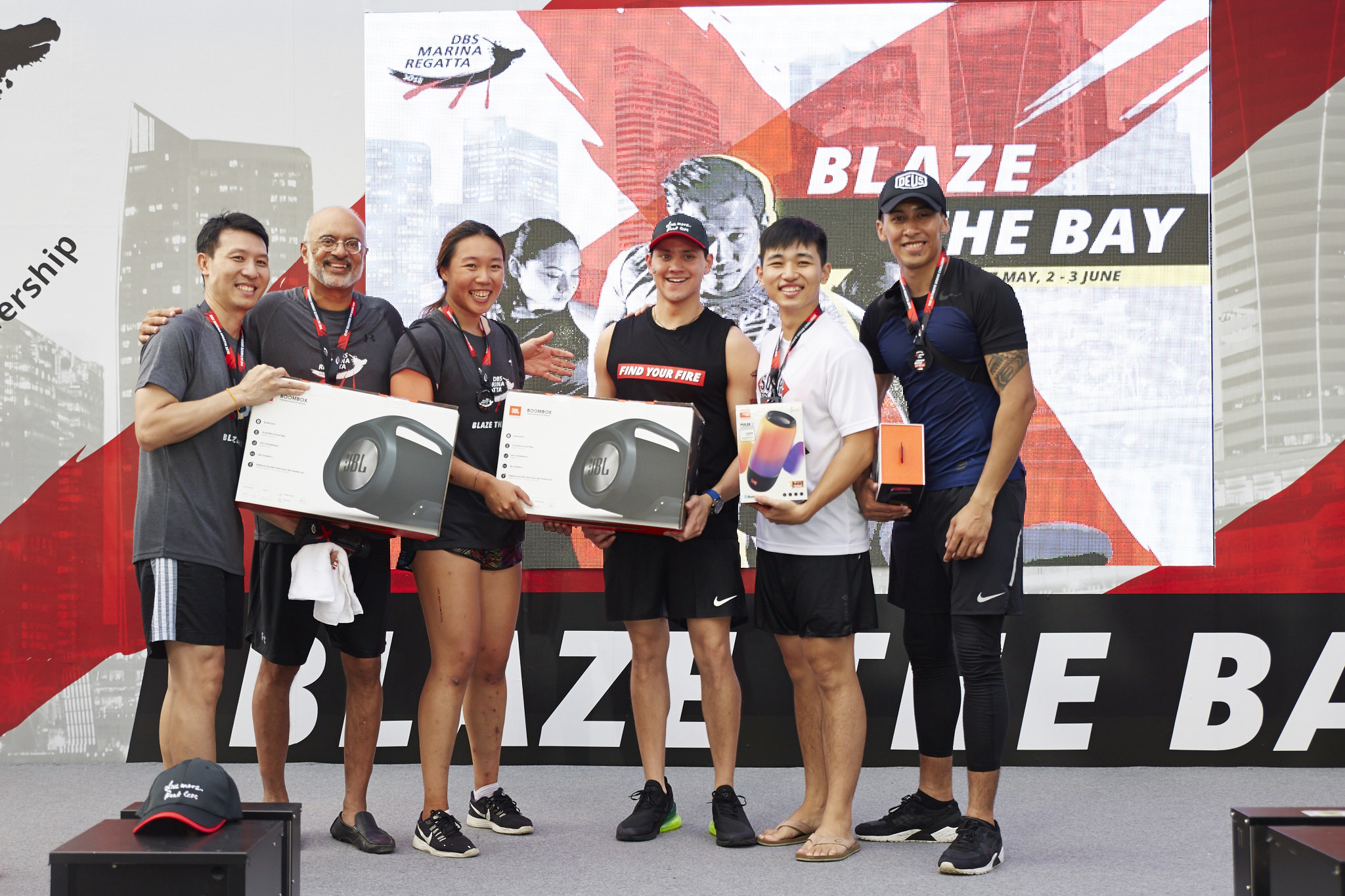 In addition, the Battle Bay Extreme was also graced by a number of celebrities, including Olympian Joseph Schooling, and National sailors Griselda Khng and Olivia Chen, the latter of which led her team of DBS’ fittest employees to victory at the Battle Bay Extreme Celebrity Challenge and winning themselves audio equipment from JBL.

The celebrities also spent the past two weekends inspiring the community, with Griselda Khng and Olivia Chen conducted a community workshop about the importance of hard work, resilience, perseverance and the challenges they faced in the lead up to their time at the 2020 Tokyo Olympics, while Joseph Schooling engaging in a sharing session with DBS customers to talk about how he prepared to achieve his goals. Said Schooling, who attributes his success to the support from his family and friends: “Sometimes you get lost along the way and you get distracted, so not reaching my full potential is my greatest fear. My competitive spirit is one of my greatest strengths and I’m definitely very competitive in the pool.”

For the general public, regardless of age, the DBS Creators Market by local lifestyle farm-to-table commune Mahota was also set up to provide visitors with a healthy and delicious selection of vendors selling various foodstuffs, ranging from freshly made tacos to satiate hungry stomaches, to tasty acai bowls and even fermented milk drinks to cool off from the heat. Mahota also conducted various workshops for participants of all ages, ranging from sand art sessions to learning how to make superfood snacks, such as granola. 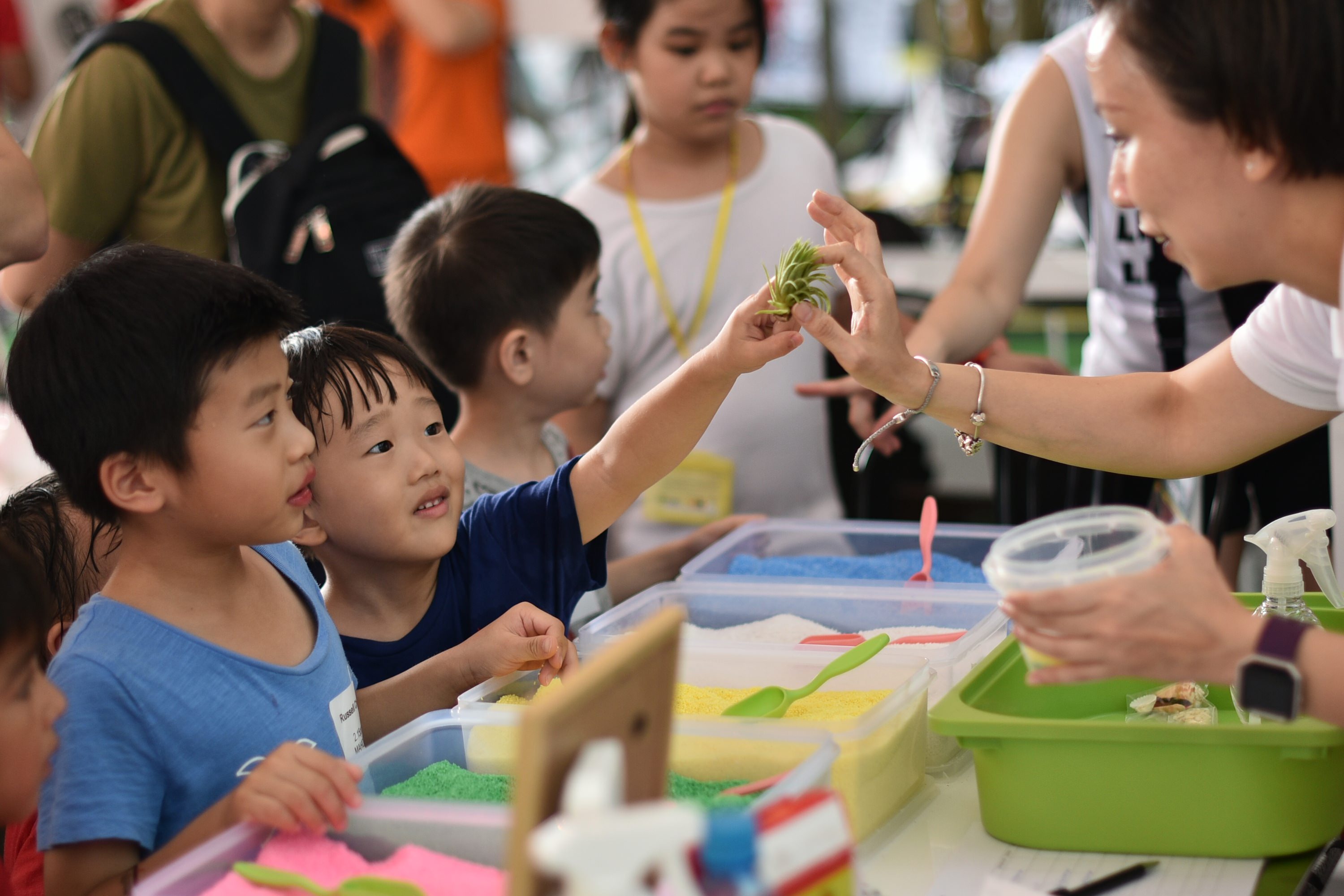 Whether you’re an adrenaline-pumping sportsperson or a curious onlooker, the 2018 DBS Marina Regatta welcomed each and every person into the fray with its cornucopia of activities for all to enjoy. With over 100,000 visitors in attendance over the two weekends, the inspiring 2018 DBS Marina Regatta drew to a satisfactory close, and marked the end of a strong seventh edition to tie in well with DBS’ 50th anniversary, reminding us all to live more, fear less and quite simply, be great.

The DBS Marina Regatta will return in 2019. For more details, visit their website here.

0 comments on “Celebrity Challenges, Creator Markets and Plenty of Dragonboat Action At The 2018 DBS Marina Regatta”