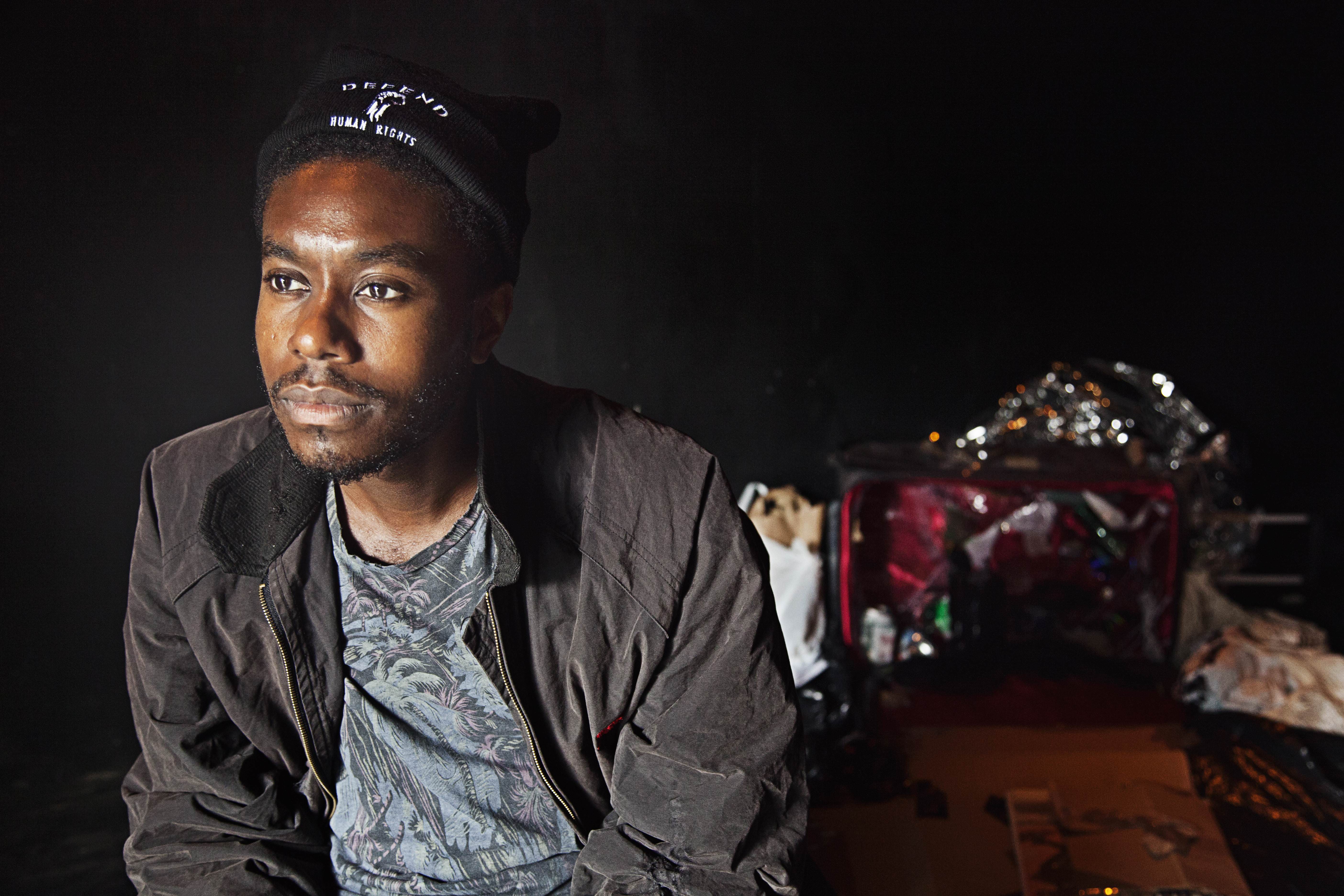 LONDON – The refugee ‘crisis’ only gets increasingly rampant with each passing month, with a deluge of new immigrants come to live in the country. But hold up, and listen to Ringo’s story before passing any judgments.

Presented by Flugelman Productions with StoneCrabs Theatre, Blue Elephant Theatre plays host to Australian playwright Daniel Keene’s one-man show – Boxman. Directed by Edwina Strobl, Boxman follows a homeless refugee as he lives out of a cardboard box in an inner city park – sitting in plain sight yet invisible to those who choose to deliberately ignore him. Within this box, Ringo spends his days reminiscing his childhood in a land far away, singing songs and recalling stories he was told before the tragic loss of his family, and wondering, just how will he build this life anew here.

As xenophobia that rises like a tidal wave, Flugelman Productions (who last presented The Poetry We Make at the VAULT Festival 2018) takes this opportunity to enact real social change through art as they work together with the Refugee Council to raise awareness and money, assisting those seeking asylum in the UK with practical support and advice. Boxman has just begun its tour over the summer months, receiving critical acclaim at the Brighton Fringe, and will be heading to the Ventnor Fringe on the Isle of Wight after its run at the Blue Elephant Theatre. Find out just what it means to be a refugee here and now, and the complex histories behind their existences and lives with Boxman in its London premiere this July.

0 comments on “Preview: Boxman by Flugelman Productions and StoneCrabs Theatre”