Canon has announced two sports sponsorship agreements that will see the photographic and digital imaging company supporting local sporting talent. Says Melvyn Ho, Senior Vice President and Head of Singapore Operations at Canon: “Through the experience of partnerships, we can see these ambassadors grow. Every athlete has a unique story and this story galvanizes the nation and inspires the next generation of athletes to do better.”

The first of these is a three-year partnership spanning 2018-2021 with local swimmer and Gold medal Olympian Joseph Schooling, marking him as Canon’s latest Brand Ambassador. Over the period of this partnership, Schooling will be fronting Canon’s marketing campaigns across both print and digital platforms, and make personal appearances at various Canon events to provide deeper engagement with the Canon community network of customers and photography fans. 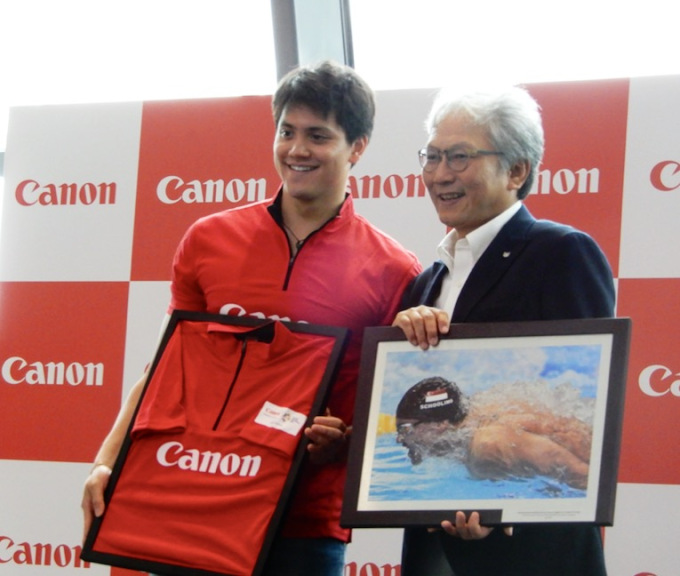 His parents, Colin and May Schooling, themselves avid Canon users, will also be featured alongside their son in marketing campaigns, and capture Joseph’s key moments in his journey to earning his place among the best in in the world. Says Joseph: “Canon is a world class brand and everyone knows them. It speaks volumes of the trust Canon has in me, and over the years, Canon has really brought people together through sports.”

When probed on the exact monetary value of the partnership, Melvyn Ho shared a warm, genuine laugh with Joseph and said: “We brought Joseph on board because he’s a determined young man. and Singapore’s first Olympic Gold medallist. The monetary value will be kept a secret between Joseph and I.”

In addition, Canon will also be renewing its agreement as an Official Partner to empower the Singapore Bowling Federation (SingaporeBowling) to continue grooming outstanding young local bowlers, in conjunction with its 10th year of partnership with SingaporeBowling. Since 2002, SingaporeBowling has been achieving outstanding results and major accolades in the international bowling arena, including six Asian Games gold medals and 12 SEA Games gold medals. Says Jessie Phua, President of the Singapore Bowling Federation since 2002: “I really want to thank Canon for being courageous to embark on this revolutionary journey. It’s never been done before. It’s a big statement as Canon is a global brand and it makes us proud to wear Canon on our shirts.”

Says 2015 World Championship All Events Gold winner and national bowler Shayna Ng: “It has been a great ten years with Canon, and what people don’t see is how important the developmental stage of a sport really is. In the past, we used to go to different bowling centres to train and we weren’t even confirmed any lanes due to availability. But now we have our own space, we just have to book the lanes and we’ll be assured a slot. it’s so importance to have this support and these resources in helping sporting talent grow and develop.” 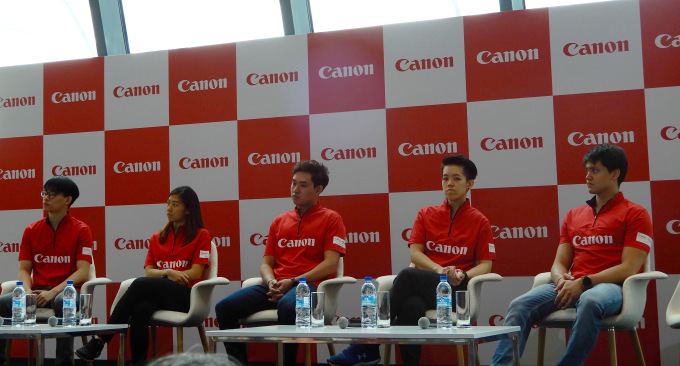 Canon is a firm believer and proponent of the philosophy of kyosei, which roughly suggests all people, regardless of race, religion and culture, harmoniously living and working together for the common good, with sports and an active lifestyle being one of the key ways through which the company expresses it. As such, beyond supporting Singapore athletes, Canon will also be a sponsor for the 18th Asian Games to be held in Jakarta and Palembang, Indonesia, from 18th August to 2nd September 2018. Canon will be on-site and provide behind-the-scenes technical support, advice and maintenance services of cameras and lenses to members of the media covering the Asian Games 2018.

For now, both Joseph Schooling and the Singapore National Bowling team will be featured in Canon’s Asian Games integrated brand campaign in Singapore across print and digital platforms, as they celebrate excellence through sportsmanship and bring the triumph, trials and excitement of the Asian Games 2018 even closer to fans.