In London’s (Off) West End 2020: Scenes with girls at the Royal Court (Preview)

LONDON – “I genuinely think in five to ten years we’re going to have several different possible Happys.” Tosh and Lou. 22 scenes. Other friends have come, got boyfriends and […]

LONDON –  Hong Kong has been convulsed by an ongoing protest movement which has increasingly been seen as a last stand for its semi-autonomy from China since March 2019; a […]

In London’s (Off) West End 2020: Crying In The Wilderness’ Conundrum at the Young Vic (Preview)

LONDON – Crying in the Wilderness Productions(CITWP) have announced Conundrum, their debut production as Associate Company at the Young Vic, written and directed by CITWP Artistic Director Paul Anthony Morris. In Conundrum, Fidel […] 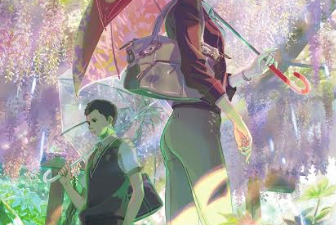 In London’s (Off) West End 2020: The Garden of Words by Whole Hog Theatre (Preview)

LONDON – Specialists in Anglo-Japanese stage adaptations, Whole Hog Theatre return after their hugely successful Princess Mononoke to present The Garden of Words. Based on the stereotype-defying film by world-renowned director Makoto Shinkai (your name.), The […]

LONDON –  Plunge deep into the gritty, criminal underworld of 1920s London at COLAB’s new immersive experience, CROOKS 1926. This innovative company will be staging their most ambitious project to […]

LONDON – The full programme of events and performances which make up The Bunker’s final season has now been announced. The eight-week Takeover Season will feature over 80 artists, 70 […]

Touring The UK 2020: Everything is Absolutely Fine by House of Blakewell (Preview)

LONDON – From the makers of Thor and Loki and We Can Make You Happy, House of Blakewell presents a brand-new comedy musical about anxiety disorders, caring, and trying to keep going, Everything […]

In London’s (Off) West End 2020: Tryst at Chiswick Playhouse (Preview)

LONDON – Following a sell-out run in 2017, the gripping revival of Karoline Leach’s passion-fuelled thriller, Tryst, returns to the reinvented Chiswick Playhouse under the direction of Phoebe Barran. Actor […]

Touring The UK 2020: Harpy by Something for the Weekend and Kings Theatre Portsmouth (Preview)

LONDON –  Following a successful run at the Edinburgh Fringe Festival in 2018, personality and national treasure Su Pollard returns to reprise her role in Harpy by award-winning playwright Philip […]

LONDON – Playing as part of the VAULT Festival 2020, APPLE charts the story of Rosemary Clark as she goes on a journey of self-discovery from slut-drops in the Trocadero […]

In London’s (Off) West End 2020: A triptych at The Old Red Lion featuring Nuclear War by Simon Stephens with Buried and Graceland (Preview)

In London’s (Off) West End 2020: BAZ Productions’ The Process at The Bunker Theatre (Preview)

LONDON – BAZ Productions premieres their new show, The Process, this January at The Bunker. Having recently announced its forthcoming closure, The Process will be the final month-long run at […]

LONDON –  The poetry of British poet Roger McGough will be brought to life in the exciting new production, Sky in the Pie, from Feathers of Daedalus. This fantastical circus […]

LONDON – Young Vic Artistic Director Kwame Kwei-Armah has announced director Jennifer Tang as the next Genesis Fellow at the Young Vic. Jennifer is an award-winning UK and international theatre-maker and stage […]

Touring the UK 2020: Jeeves and Wooster in Perfect Nonsense by The Theatre Chipping Norton and Barn Theatre (Preview)

LONDON – Adapted from the works of the great British humourist PG Wodehouse, two of the smallest producing theatres in the UK have joined forces to tour a brand-new production of […]

In London’s (Off) West End 2020: For the Sake of Argument at Bridewell Theatre (Preview)

LONDON – The cast has been announced for the hard-hitting production For the Sake of Argument, which explores the dangerous power of language after a journalist’s words inspire a young man […]

LONDON –  The multi-award-winning team behind Sexy Lamp and Bicycles and Fish are back with the third part of their It’s a Girl! trilogy. Sticky Door by Katie Arnstein is […]