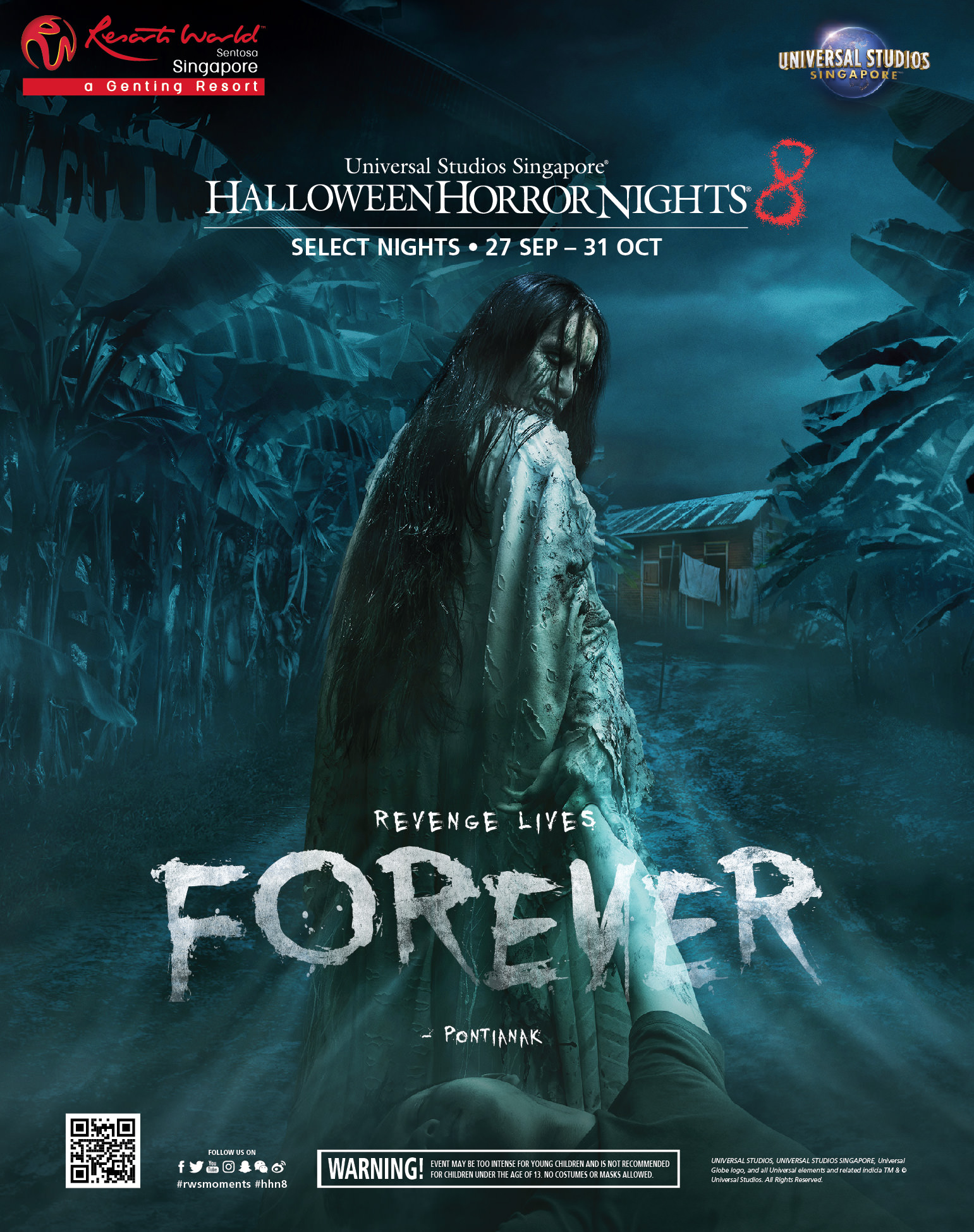 After seven years of bringing scares to thrill-seeking visitors from all around, Universal Studios Singapore’s Halloween Horror Nights is upping the ante further still as it lurches its way into town once again this September. 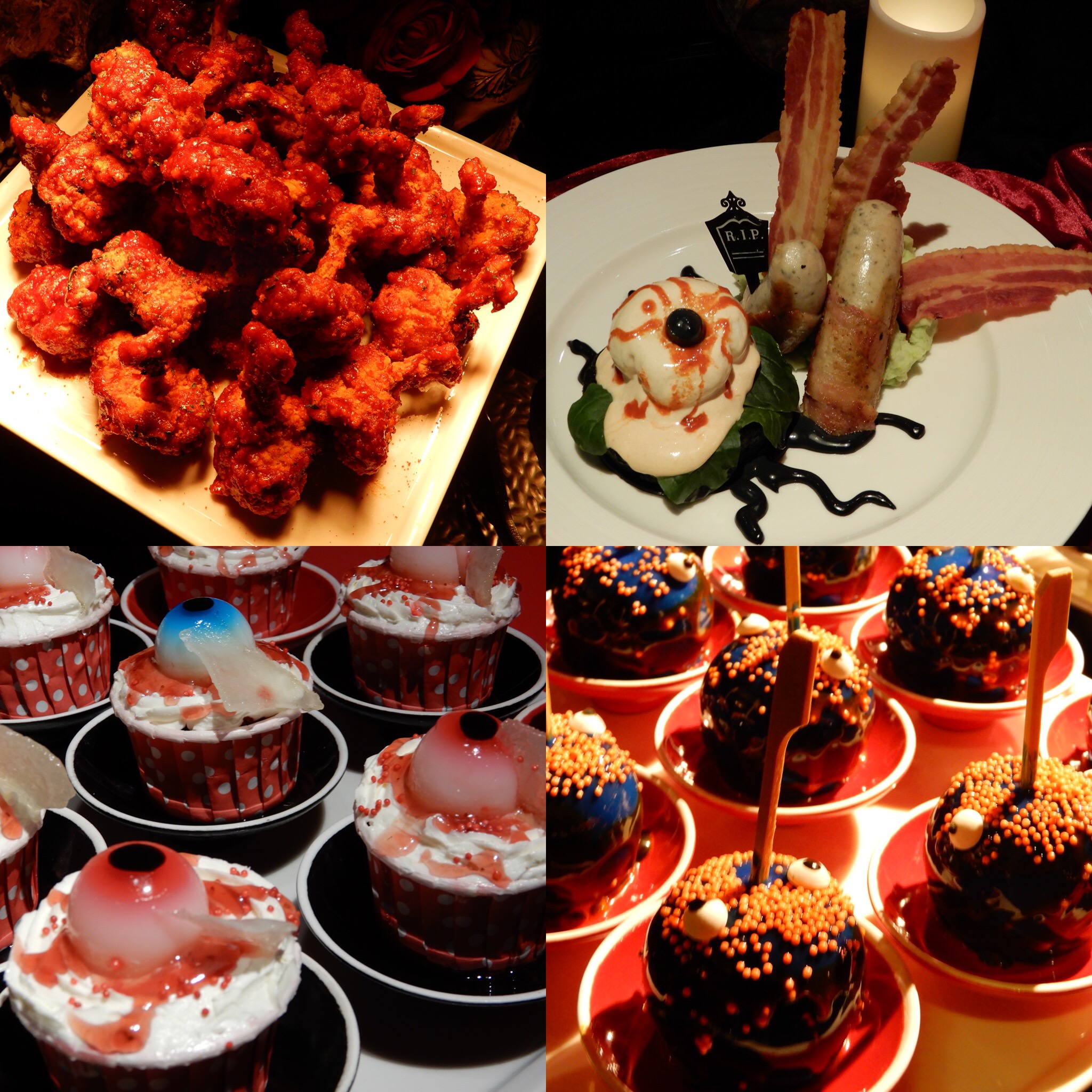 Running from 27th September to 31st October, the 8th (or cleverly, the ∞th/infinite) edition of Halloween Horror Nights (HHN8) is here to bring Infinite Fear with five haunted houses, three killer live shows and two scare zones, as the park enters an eternal nightmare. As with last year’s edition, HHN8 will welcome visitors with its annual Scaremony at the Hollywood Lagoon Stage, as visitors are introduced to the denizens of Eight Lake Psychiatric Hospital, where they will go into the very heart of fear as screaming apparitions of unwilling patients swarm out from said hospital. 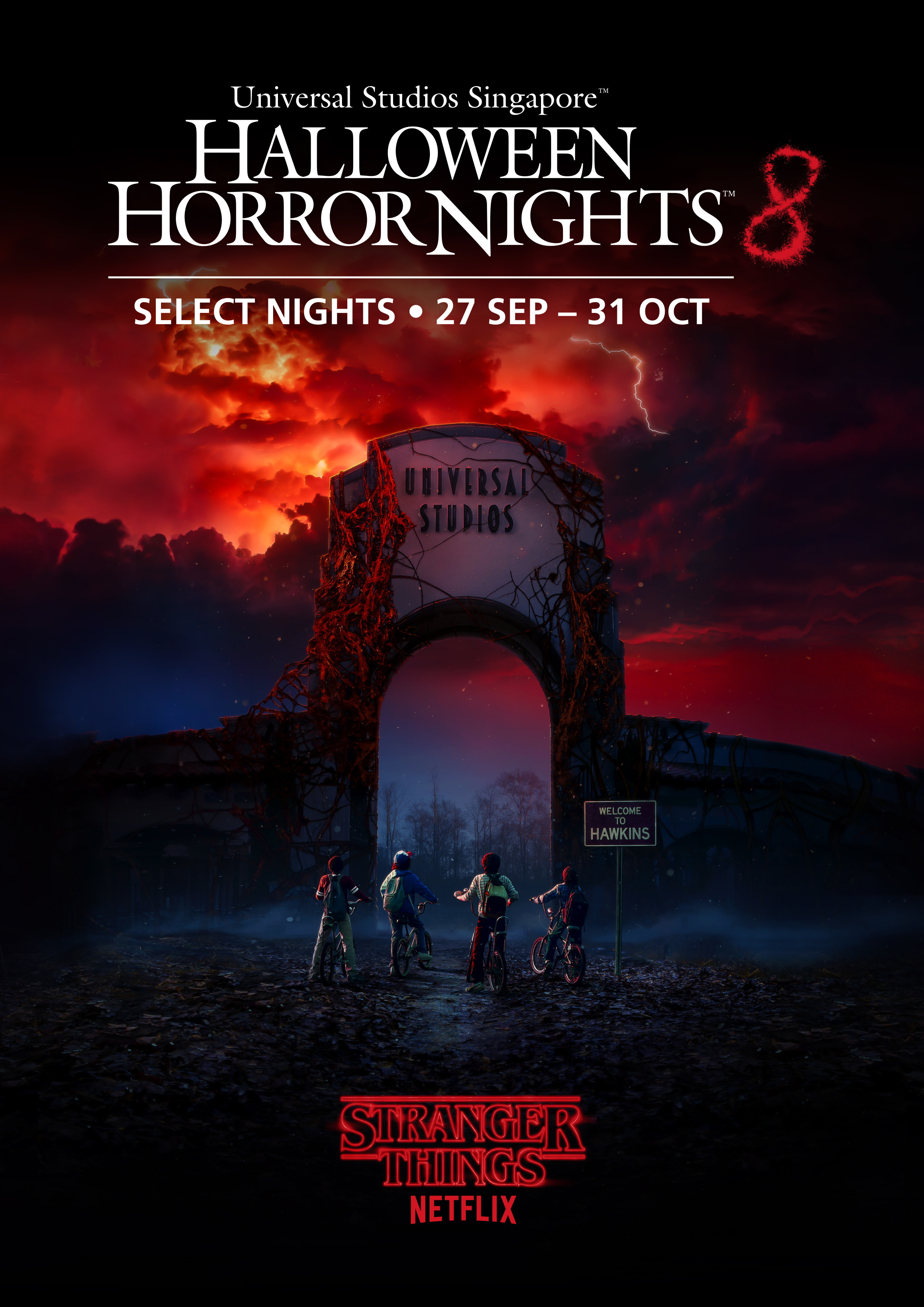 HHN8 marks the first time ever the event will tie in with a TV series: Netflix’s Stranger Things. The event will see the the setting and characters of Hawkins, Indiana brought to life and have a grand total of twelve rooms that recreate the scenes and storylines from the first season of the critically acclaimed show, from the menacing 2 Hawkins National Laboratory, to the Byers home adorned with an erratic display of flashing Christmas lights and the eerie Upside Down woods, a joy for anyone who’s a fan of the show. But even if you’re not familiar, don’t worry – the lines will feature screens showcasing clips from the series so you have plenty of time to get comfortable with these characters and locales!

This year, HHN8 is headlined by some of the most terrifying tales from Asian folklore, starting with the terrifying Pontianak. Believed to be a vengeful ghost born of a woman who dies while pregnant, she will stop at nothing to fulfil her grudge as she rips victims’ throats out with her elongated nails. Her haunted house will take the form of a Malay kampung, as she lurks near the banana trees and laundry area before sniffing out her next victims, perfect for any fan of quintessential, vintage Southeast Asian horror.

Meanwhile, visitors will no doubt put their fear to the test over at the Killuminati house, the lair of an ancient secret society of Chinese vampires out for blood, and set to be the most interactive haunted house ever created in the history of HHN. At the media preview held, we caught a glimpse of what we might expect from this bloodthirsty cult, with members of the society clad in black robes and frightening masks, as they chanted and dedicated their loyalty to their chief before being sprung a shocking surprise. 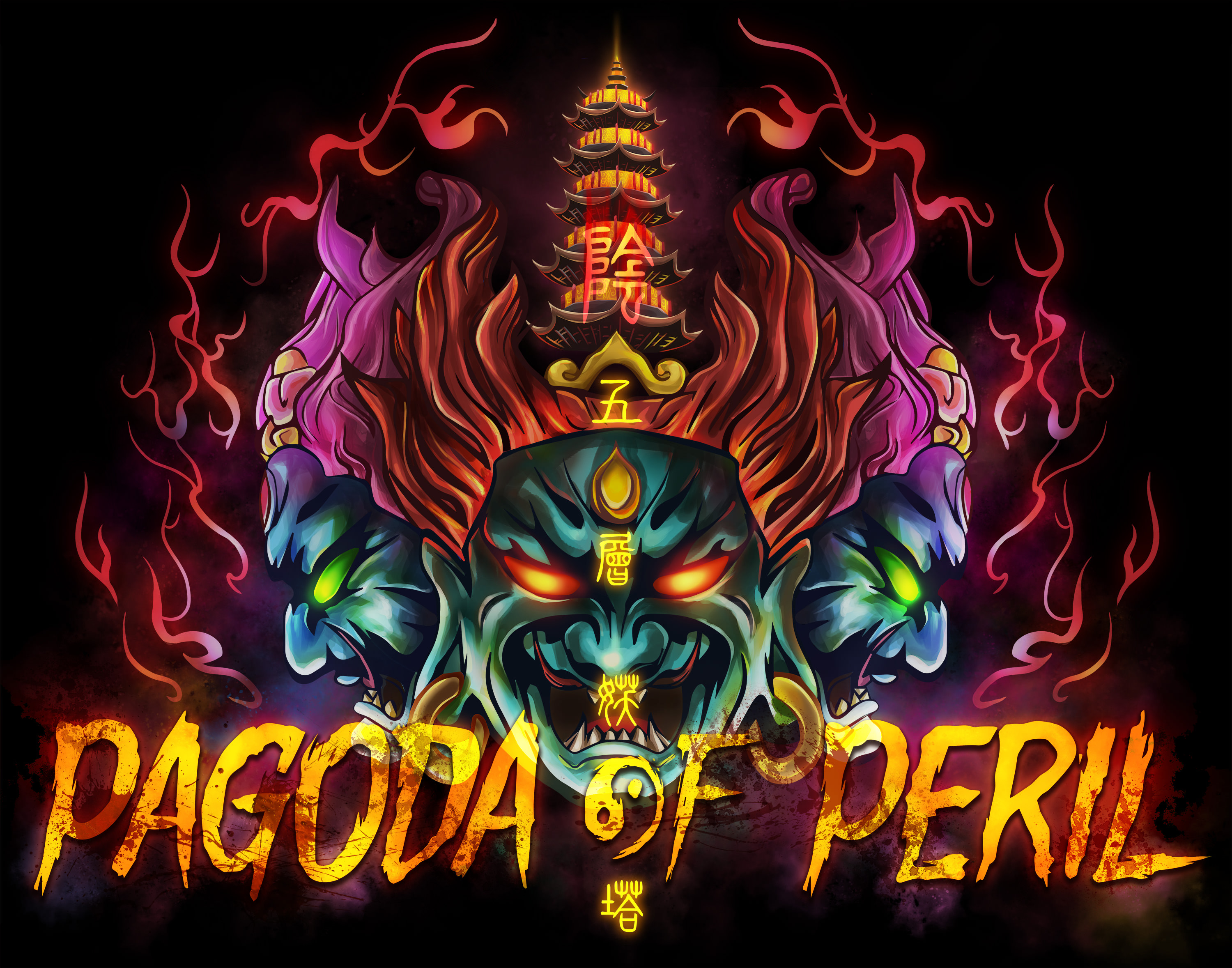 Other haunted houses include the Chinese-themed Pagoda of Peril as guestsascend a towering pagoda and embark on a fantasy-based journey into the spirit world where they’ll face a labyrinthine Jade Maze. While trying to find their way out, guests will have to simultaneously flee the various demons they encounter. 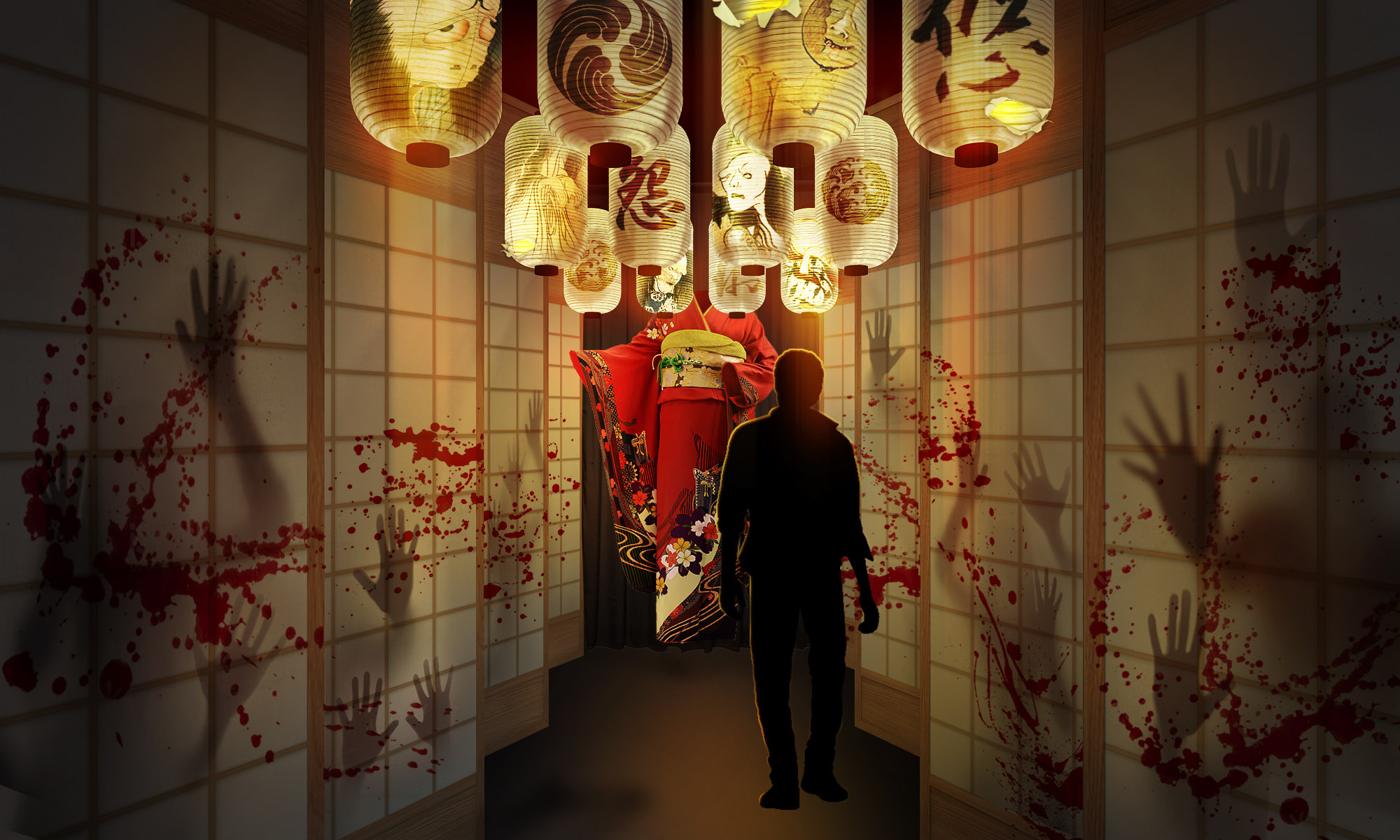 Meanwhile, for a more Japanese twist, guests can head to  The Haunting of Oiwa, where visitors will be transported to Edo-era Japan as they encounter the undead Lady Oiwa seeking revenge on the husband who poisoned her. Expect some high tech shenanigans here as the scare factor gets ramped up with the use of holograms to fully immerse you into the gruesome story, and is definitely not for the faint of heart. 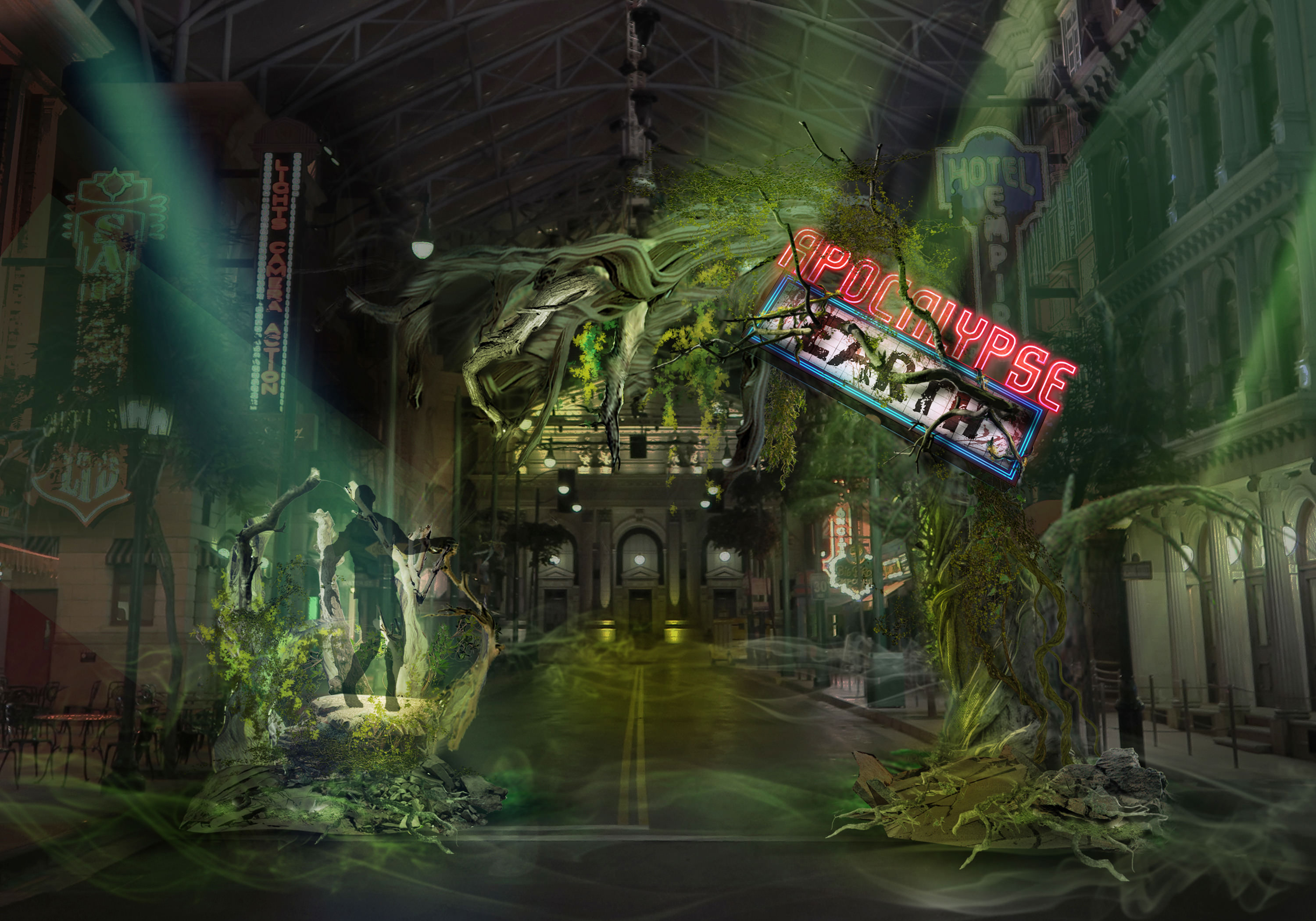 Besides the haunted houses, guests can also look forward to two Western-themed scare zones: over at New York, the world is at its end as Mother Earth finally takes her revenge on humans who’ve been poisoning her planet for years, wreaking havoc and chaos in Apocalypse: Earth. With plenty of cinematic backdrops, apocalyptic scenes and chances to pose, this is one zone that’s great for the cameras and for that perfect Halloween scream selfie. 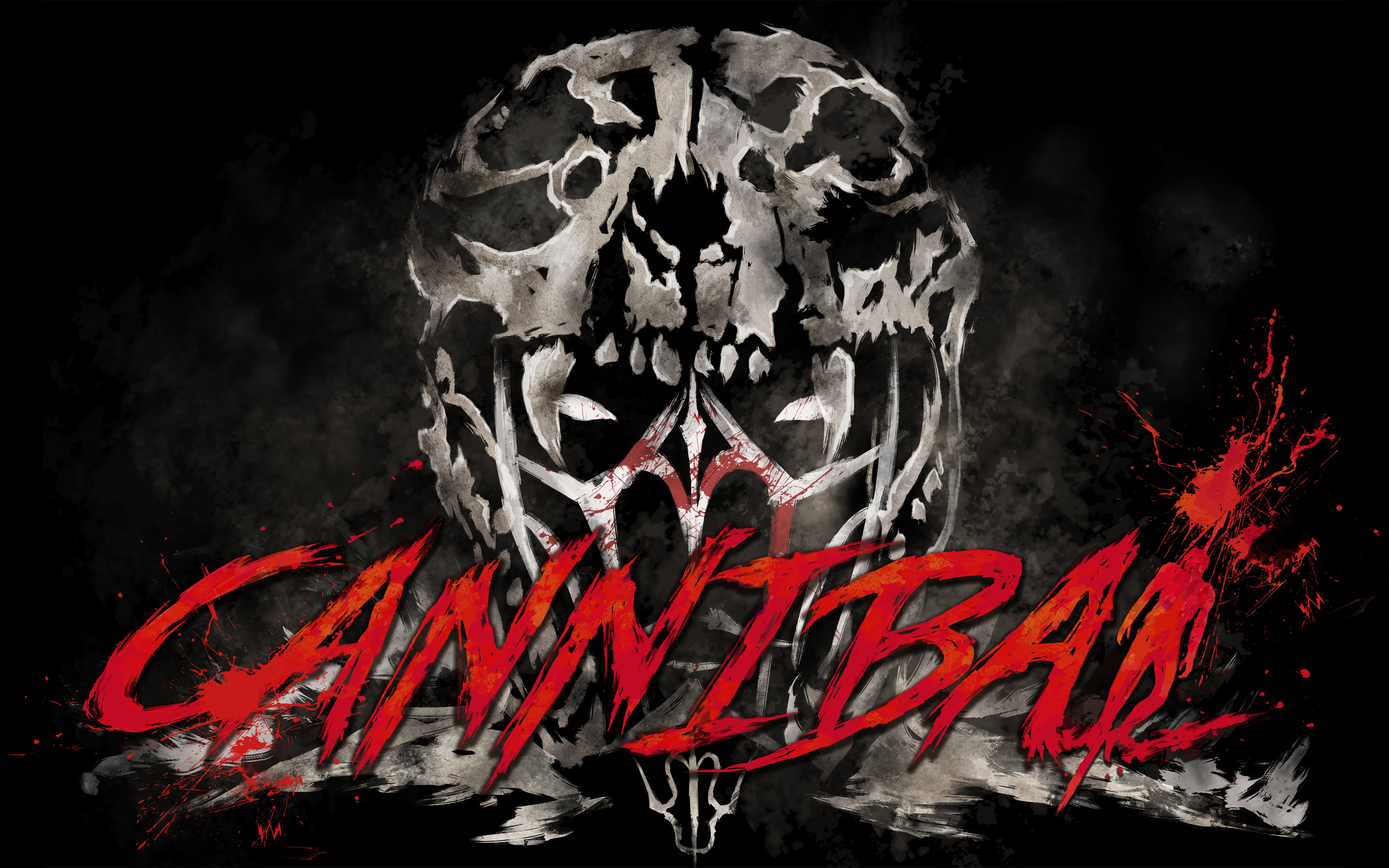 Guests feeling a little…peckish can head on over to Cannibal at the Egypt zone, where angry, hungry man-hunters would be more than delighted to feast on your flesh. Over here, visitors can even catch the special Blood and Bones show, where a human sacrifice will be sacrificed at the ancestral altar, and will be ritualistically consumed by the tribesmen. For a dose of entertainment that will have you cheering instead of screaming, head on over to the Pantages Hollywood Theater to meet the charismatic Gideon Grim, Motivational Death Coach, as he shares his tips with guests on how best to scare in DEAD Talks! Playing on the concept of TED talks, the show takes the form of a seminar, and feature plenty of humour, cutting-edge illusions, electrifying dancing and acrobatics. 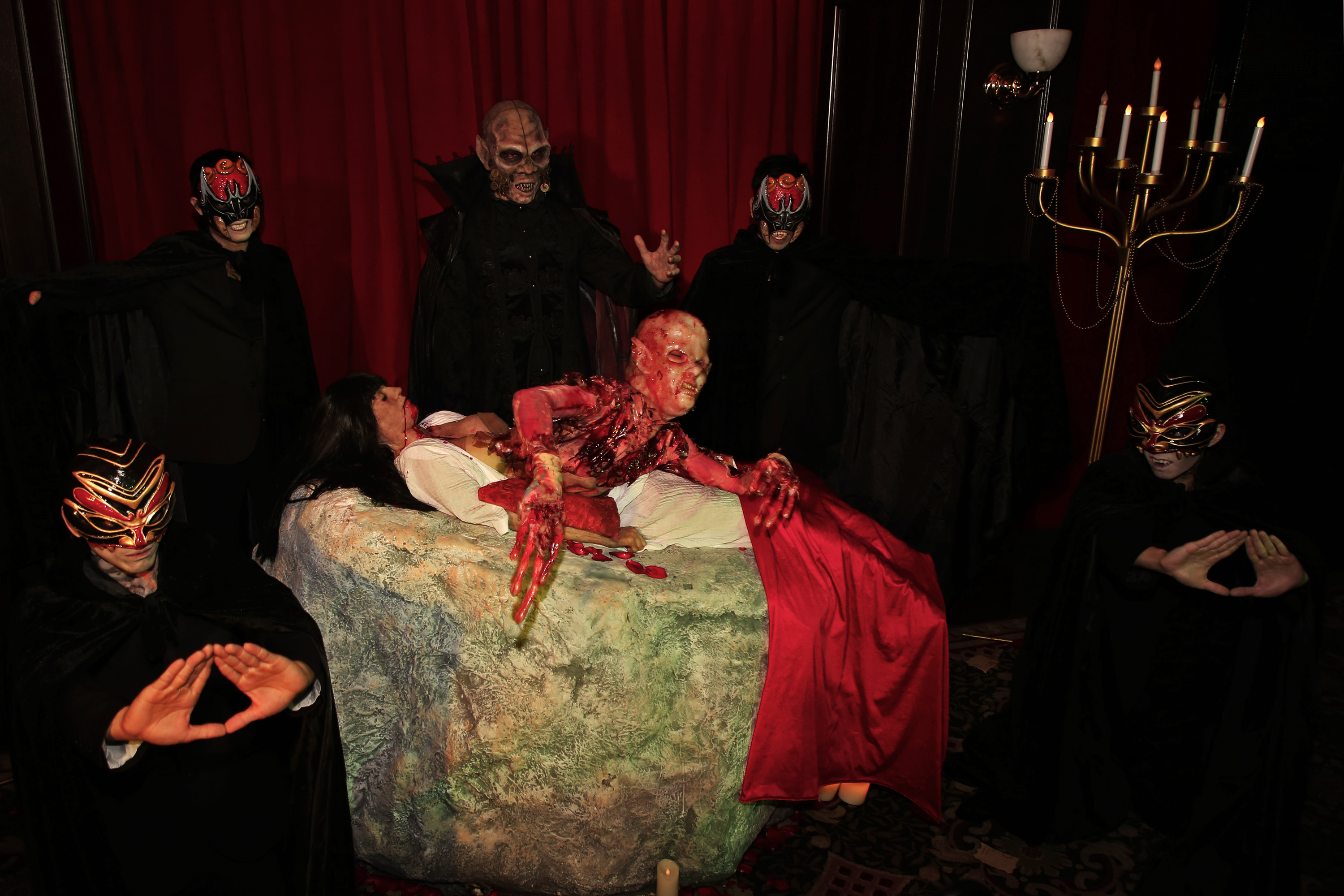 After the overwhelmingly popular response received last year, the separately priced Zombie Laser Tag experience will also be making a reappearance at HHN8, where participants will form teams of eight and work together to shoot down zombies in an immersive shootout game. This year, the arena has doubled in size, along with featuring more zombies, more obstacles and of course, more action as they fight for their lives. 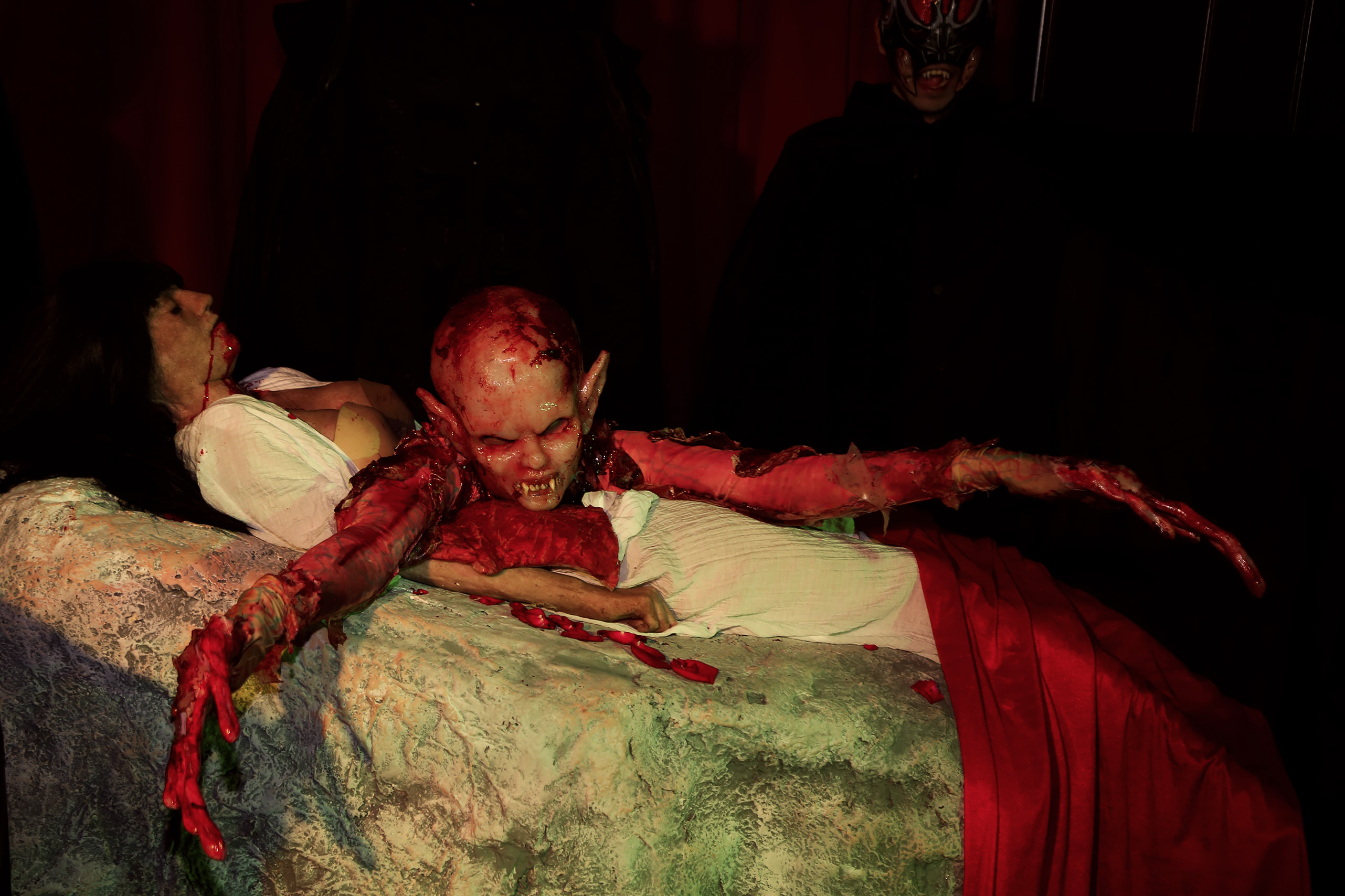 As Halloween draws closer and closer, book your tickets early and get yourself hyped as Universal Studios Singapore releases more teasers along the way to reveal and inform visitors of the origins of each of the spooks featured this year. These teasers will take the form of short films that the team have specially gone to Thailand to film, a perfect location as the hotbed of Southeast Asian horror. HHN8 is set to really give visitors an infinite terrifyingly enjoyable experience, promising scares that will have all your hairs on end, and keep you crawling back for more of that adrenaline rush of fear, night after eternal night.