An Actress Prepares confirms the one thing we all already knew – Siti K is without a doubt one of the best actresses in local theatre today.

Siti Khalijah Zainal is one of the most recognizable and beloved actresses working in theatre today, by virtue of her name alone able to sell out entire runs. But it wasn’t always the case for her, as she delves into her own personal underdog story of a social misfit transforming into the star she is today. 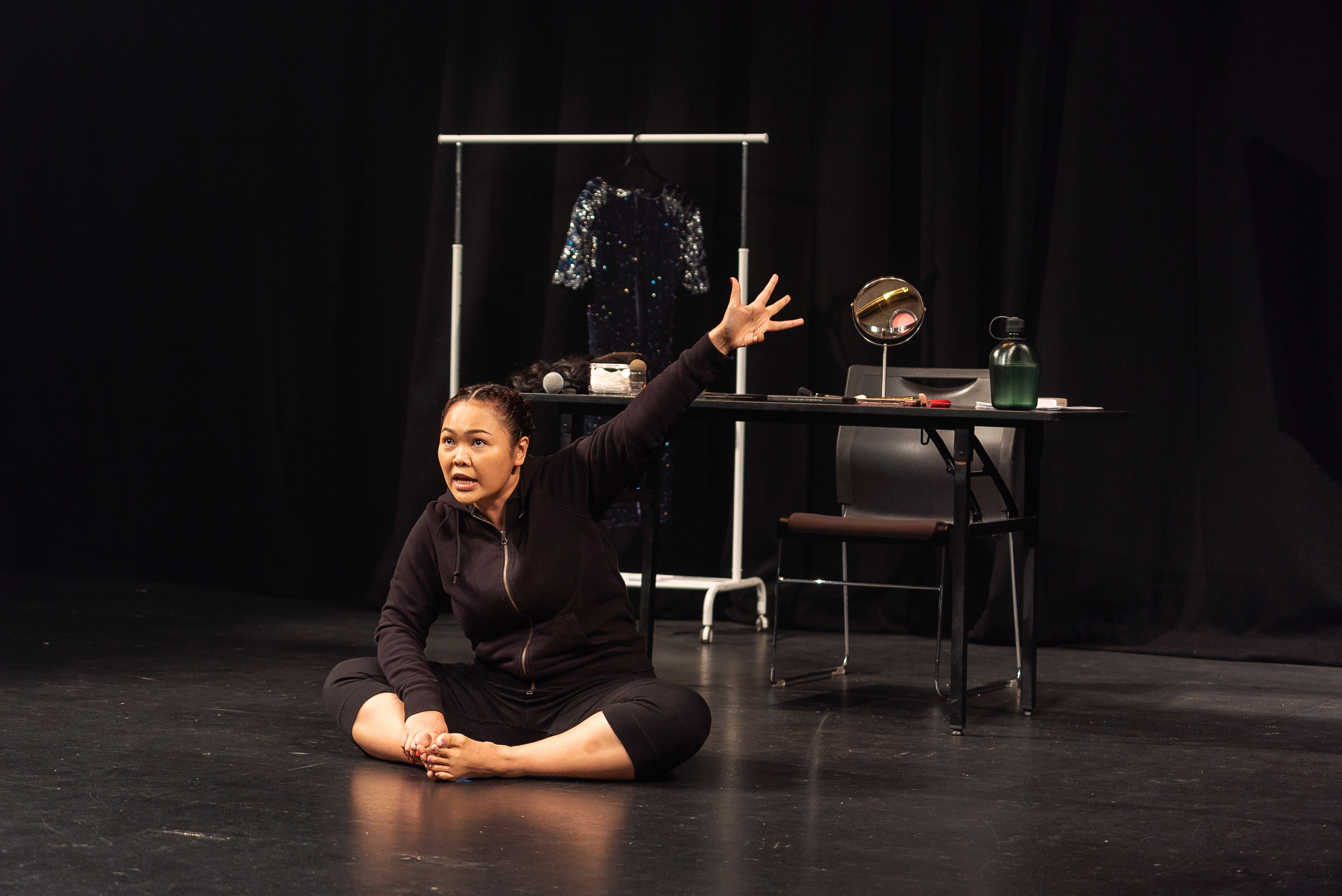 First presented at the Singapore Writers’ Festival two years ago, An Actress Prepares, much like Building A Character, takes its title from one of Stanislavski’s handbooks on acting, and now returns with an extended script. With a nearly empty set, An Actress Prepares shines the spotlight on Siti K as she plays herself onstage, breaking the fourth wall and making plenty of meta-theatrical references as she reveals her life story to audiences, a showcase not just of how an actress prepares in the leadup to a performance (she literally puts on her makeup as the show progresses), but the lifelong process that prepares and shapes one to even become an actress. 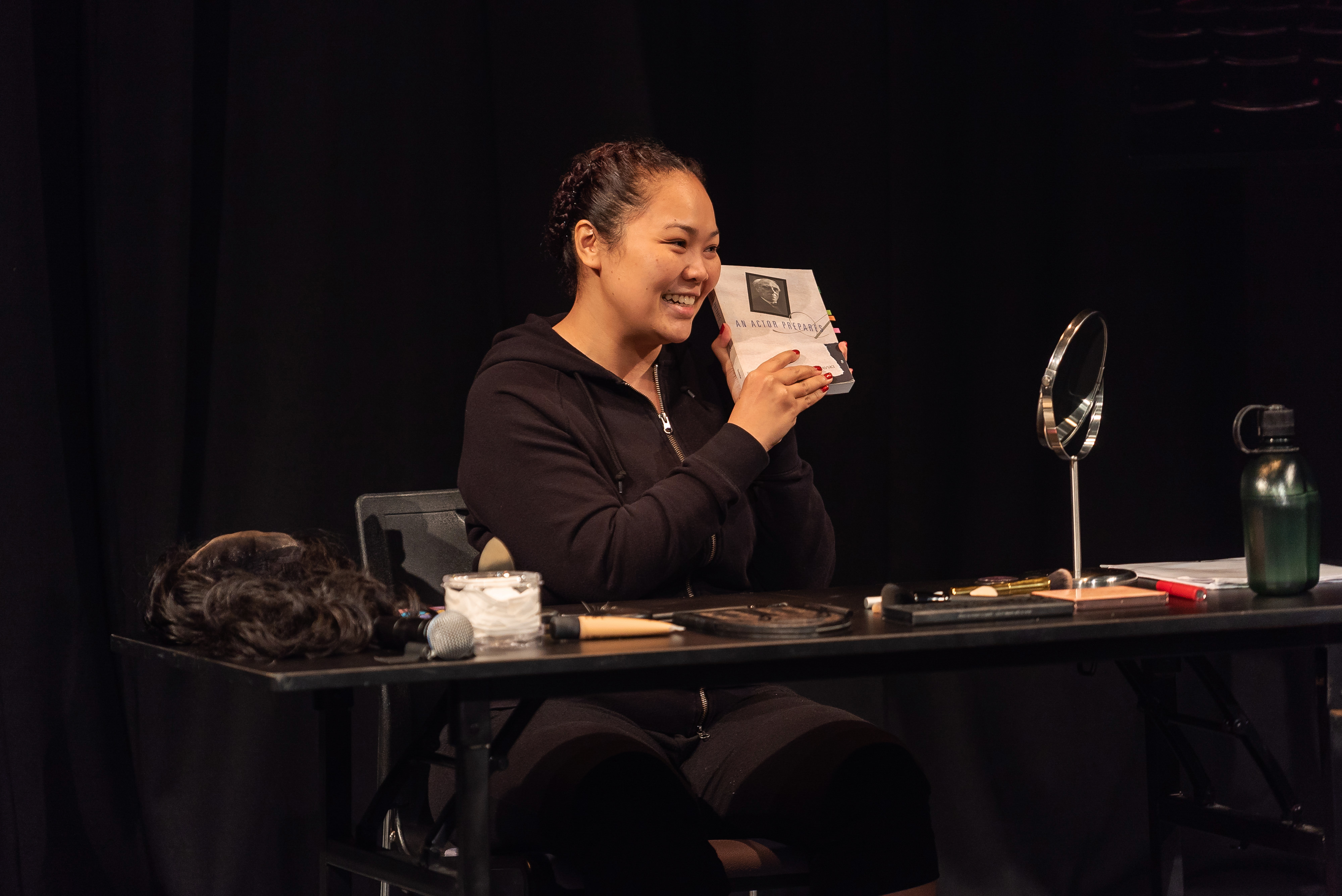 Charting the time from schooldays spent as the only Malay in Chinese dance (and demonstrating her moves) to her very first theatre performance in A Midsummer’s Night Dream at Kallang Theatre while in ITE, An Actress Prepares is expertly performed as Siti moves through each stage of her life. One cannot help but be charmed by the ever-positive ‘gemuk girl’ as she recalls mean girls in school teasing her, to auditions spent searching for the perfect piece to perform. Siti showcases expert control and experience as she reminisces upon the multitude of roles she’s played in the past, perfectly composed onstage even when an unexpected actual fire alarm begins to ring, unfazed and even throwing in some laugh out loud improv to ensure the pace of the performance is never interrupted. 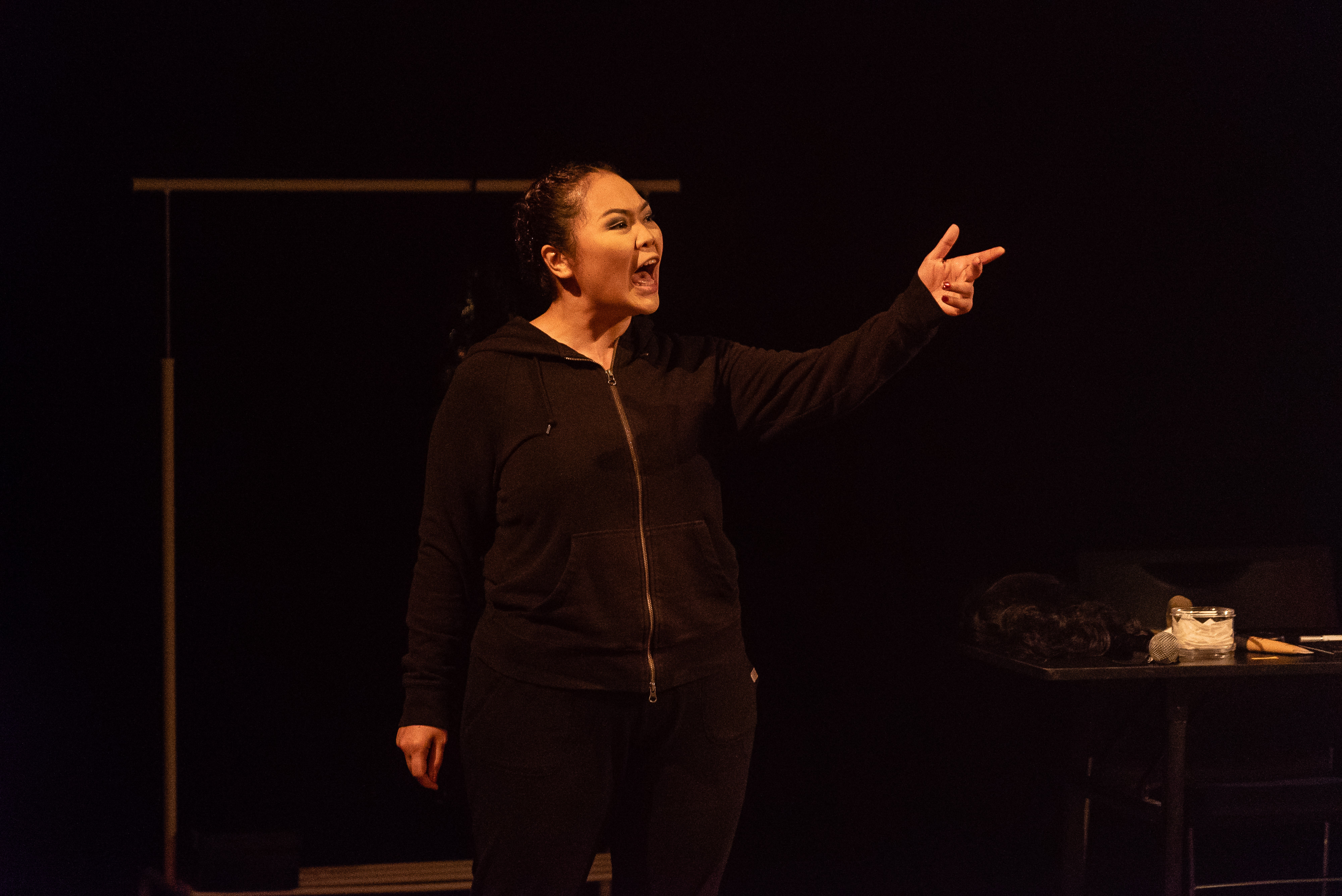 An Actress Prepares is as much a show about Siti as it is a love letter to local theatre. Recalling her journey chronologically through each of the most significant roles she’s played, Siti showers love upon some of the most significant thespians who have been key to her growth as an actress, from the members of The Necessary Stage for taking her into their Theatre for Youth Ensemble in the first place, to Aidli ‘Alin’ Mosbit, going from idol to becoming affectionately known as Kak Alin and even the director of An Actress Prepares. Siti acknowledges that she would never be the person she is today if not for these characters, and how her success as a non-middle class, Malay actress is the exception to the norm. Alfian Sa’at’s script spells these themes out clearly at the very beginning, but never needs to hammer the point in – Siti’s story is enough to make these issues crystal clear, from her fear that going to ITE had cost her a Southeast CDC scholarship, to being told that she would ‘only ever land Malay roles’. 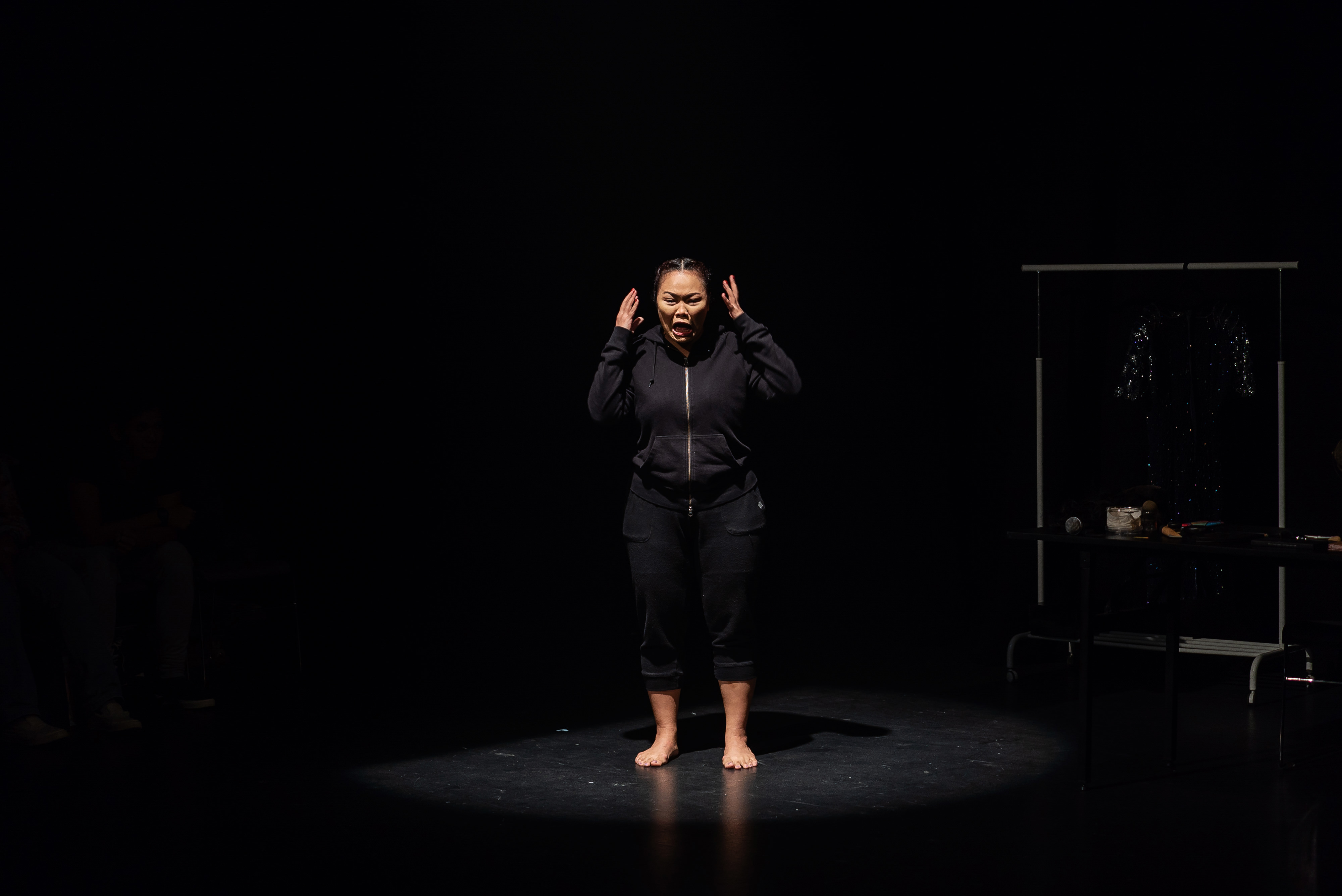 Siti is an actress who knows exactly how to work the stage, to command attention when she needs to, and to evoke a tear when the situation calls for it. Perhaps the most emotional moment in the play is not from an actual event, but an entire sequence that is dedicated to Siti imagining a complete alternate history for herself as an ‘office kakak’, working a corporate receptionist job complete with former soccer star boyfriend turned husband after graduating from poly. It is this sequence that is so affecting precisely because of how real the possibility of her having become this ordinary housewife might have been, with Siti realising the full gravity of this destiny as she imagines herself, exhausted on a couch watching a less than stellar actress on Suria, and frustratedly, painfully shouting “I can do better!”, the darkest possible timeline for Siti if she had never taken a chance on acting. 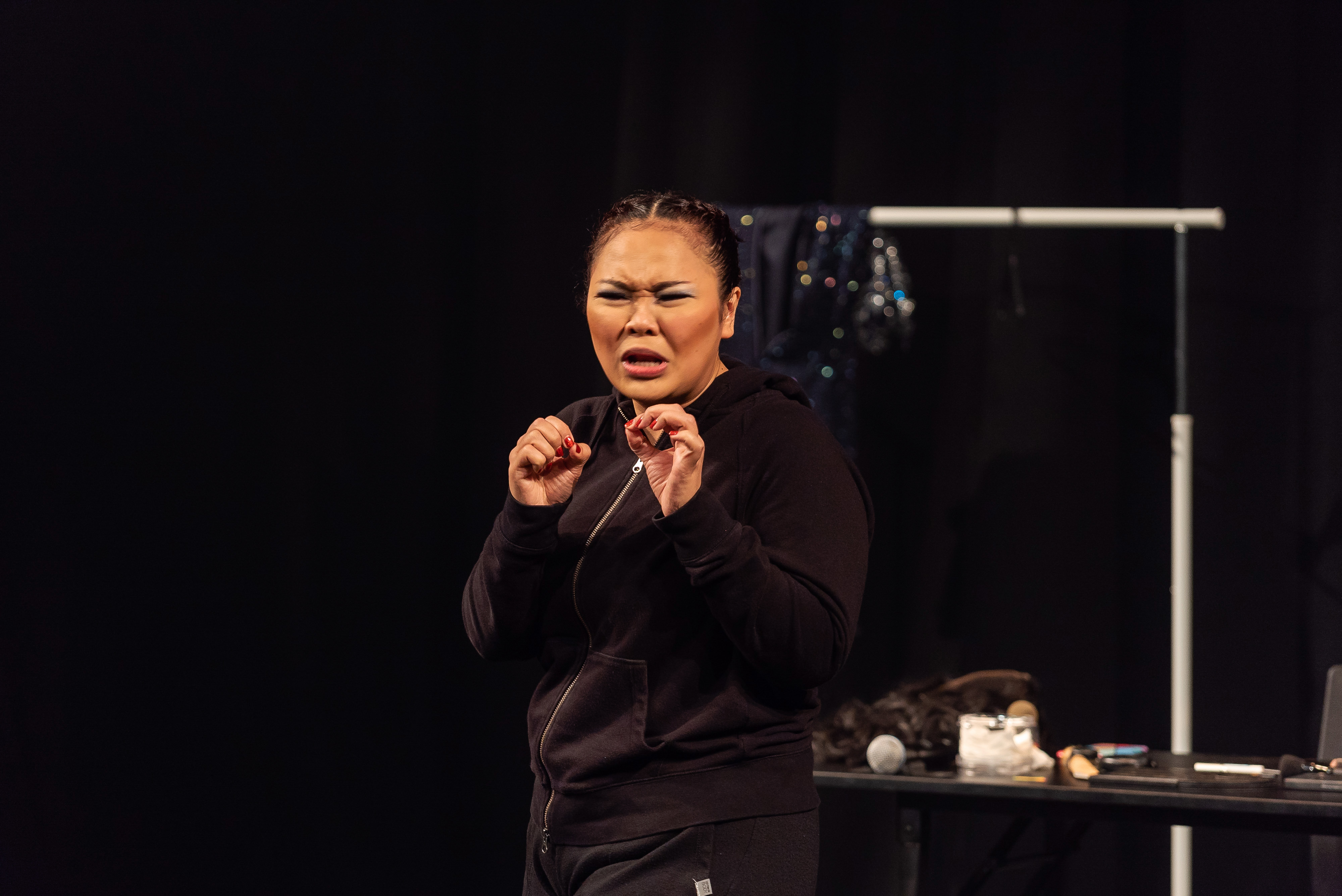 An Actress Prepares then is so powerful because it is a success story about one incredible woman who could never have imagined she would be as accomplished as she is today. It’s a play about taking chances and working hard to achieve those dreams, and breaking past all expectations to emerge as someone she would have looked up to as a child. It’s a play that inspires hope through personal strength and transformation, and one that leaves us reeling, as we do with every performance she’s in, that we are so blessed for Siti Khalijah Zainal to have emerged and become a part of our theatre scene today. 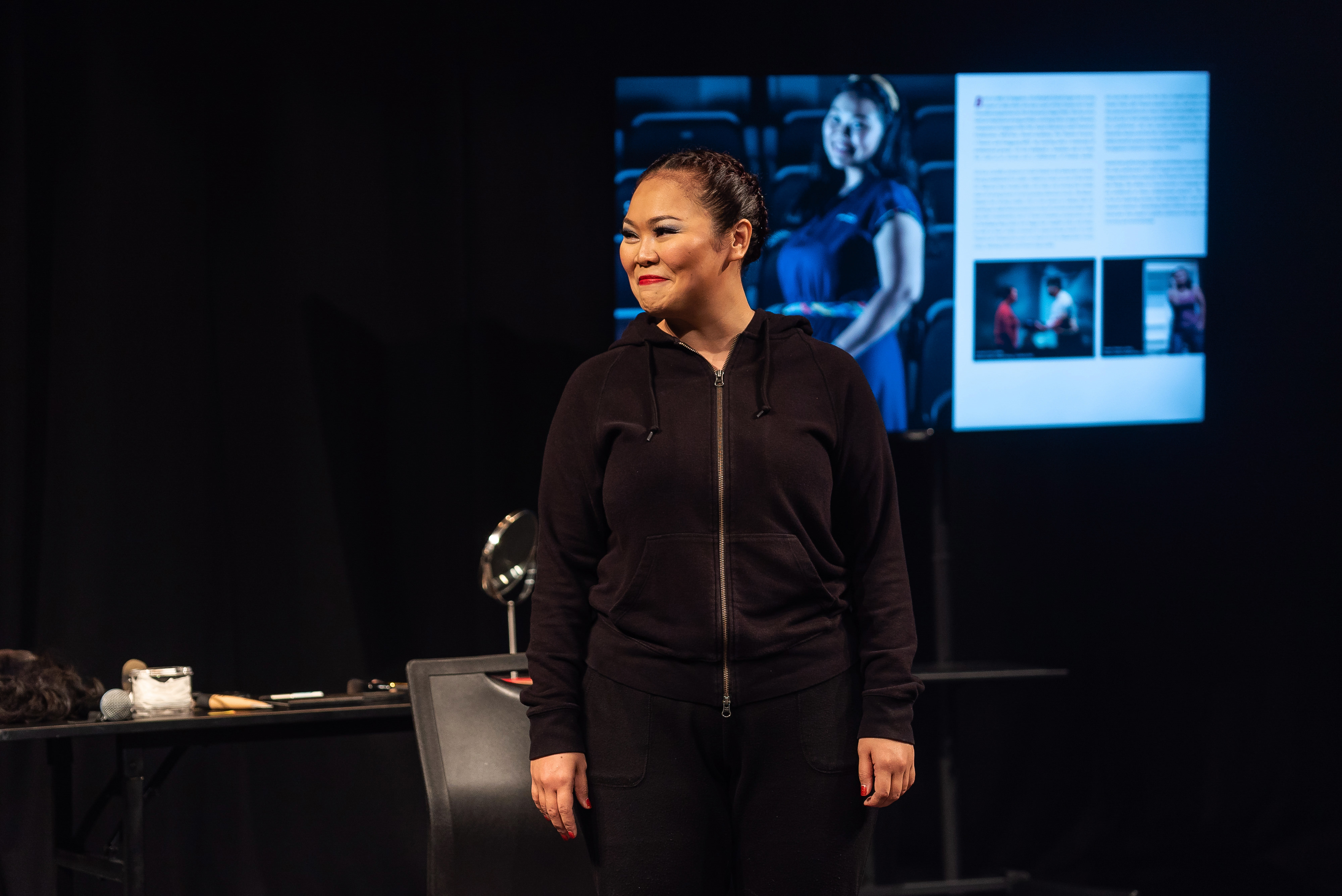 An Actress Prepares played at the Creative Cube at Lasalle College of the Arts from 19th – 22nd July, as part of the Singapore Theatre Festival 2018,