Among the first cultural institutions internationally to launch a large-scale initiative to encourage experimentation in the use of digital technologies in museum experiences, the National Museum of Singapore launches its newest exhibition this August. Titled DigiMuse Presents, the exhibition comprises seven digitally-led prototype projects displayed in and around the museum grounds, each one offering new and diverse ways of discovering our history and culture through innovative technology-enabled experiences.

The newest edition to the wider DigiMuse programme, an initiative by the National Museum of Singapore to lead a vibrant cultural sector invested in digital innovation, the DigiMuse Presents journey began at the end of January 2018 with an open call for digital art and creative concepts that either applied to enhancing the museum experience, or art/creative works that utilised new and emerging technologies. With projects selected at the end of April, the museum then provided a degree of funding for selected works, that would be completed and displayed at the museum come August, resulting in the final seven prototypes in this exhibition. 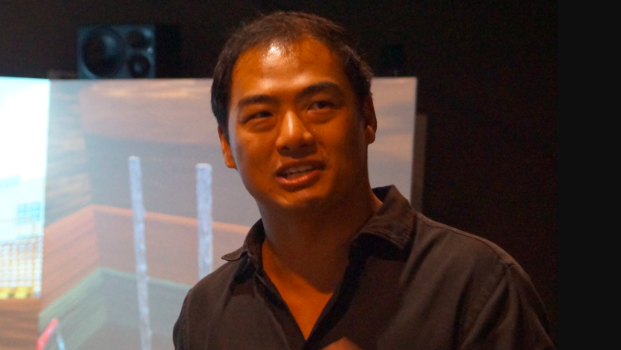 Says Programme Director of the DigiMuse Project Jervais Choo: “The DigiMuse initiative explores the intersection of technology and culture and opens a gateway for discovering our past to inspire future possibilities. What visitors are seeing is the process that will inform their mindset later, and we see plenty of potential for further development and collaboration, whether it’s locally or internationally, and even with other museums’ collections. It’s a chance to see how visitors take to each of these projects, and more importantly, that they can see the backend engine and intent of each, to see how they’re being run and how they could have potential to be deployed via other platforms.”

Projects showcase a range of technologies used, with variations as far reaching as virtual reality to augmented reality, to app-based platforms to chatbots you can speak to via WhatsApp. Coming into the museum, one of the first exhibits one will come into contact with at the Concourse is 360VR Asia’s A Harbour of History. Comprising a single gigapixel map of the Clarke Quay region, visitors are then tasked to search for historical figures and objects hidden amidst the image, like a Where’s Wally? puzzle. This mega image is in fact, stitched together via thousands of smaller photos to make up a highly detailed, comprehensive view of the district. The most fascinating thing about this project is perhaps how despite the image’s sheer size, it has been successfully ported for mobile phones, and loads seamlessly when navigating it on a smaller screen.

Over at the Singapore History Gallery, visitors will first notice a triple screen set up by iMMERSiVELY, for a project titled An Excavation Through Time. Here, visitors can team up to engage in an ‘archeological dig’ as they excavate artefacts from the National Museum’s and Asian Civilisations Museum’s collections from beneath Empress Place with the help of virtual reality. Further into the gallery, Digimagic and Nanyang Technological University’s School of Art, Design and Media have teamed up to create the Museum Experiential Guide phone app, or MEG for short as it allows users to view the gallery through an augmented reality lens, with a helpful guide and wayfinder to see unexpected facts and automatically provide links to further information as you explore the exhibit.

Upstairs, at the Modern Colony Gallery, step inside to check out Project Insight by HelloHolo, the first Mixed Reality Solutions agency in Singapore to provide local developers and companies with exclusive access to Microsoft HoloLens. Here, visitors step into the shoes of a conservator for a day, and can view Julius Wentscher’s Portrait of Song Ong Siang (1936) in a new light. With the HoloLens, visitors can choose to see what the painting looked like at various stages of restoration, and even turn on their x-ray vision to see the flaws and damage that the painting has suffered over the years, allowing for a comprehensive look at a single exhibit across its life.

Also in the Modern Colony Gallery, local fashion designers Jamela Law and Lionel Wong of Baëlf Design have created Singapore’s first 3D-printed dress collection. Titled Beeing Human, the collection takes inspiration from bee hives and honeycomb structures to reinterpret garments from the gallery, and each of the seven dresses would not be out of place on the red carpet or Met Gala, each one adorned with Swarovski crystals. The lone black dress (titled Sabot de Venus) is also the first ever dress created to be made of the synthetic elastomer material.

In addition, the team has also crafted and designed new versions of Peranakan accessories, such a a Peranakan slipper, a coral-like tiara, and even a red vanity case with a flower structure on it, which can be locked and unlocked by twisting three specific flowers on the case.

At the Growing Up and Surviving Syonan exhibits, you might be surprised to find not a tech company, but a storytelling company that have been chosen to enhance the experiences here. Multiplicity by Big Red Button gives visitors a phone equipped with a specially designed app that comprehensively charts and enhances their museum-going experience. Inspired by wanting to give visitors multiple points of view from the same event, at selected exhibits within the gallery, visitors can scan a QR code to listen to three different accounts of the same event to gain a comprehensive history. The app also contains a useful map pointing users to the exhibits they can interact with, as well as a comprehensive analysis of how much time users spend on each individual soundbite to allow users to think about which audio clips they were most invested in.

Finally, at the newly refreshed Goh Seng Choo Gallery, visitors can view the ongoing Magic and Menace exhibition, and learn about the world of magic and supernatural beliefs as practised by traditional Southeast Asian societies through preserved animals and animal parts, as well as selected works from Sir William Farquhar’s Collection of Natural History Drawings. Curious? Here, Unified Inbox has provided visitors a chance to find out more by asking Sir William Farquhar himself! All you have to do is add him as a contact into your phone (+65 8398 7383) and say hello. From there, one can ask him about the museum, his life, his wife, and even send him a photo of a plant drawing from the gallery to gain more information about it. As a form of artificial intelligence, the developers are continuing to improve on his answers and ability to recognise our natural language, so be patient or rephrase if Farquhar is unable to answer.

While these projects are all still very much in development as prototypes, what is most important for visitors is to see the potential in each of them, developed by local artists and companies, have to offer, be it in enhancing the museum-going experience or as proof that art, culture and technology can come together seamlessly and be inspired by what each company and project have to offer in terms of sheer vision. The DigiMuse initiative then champions the pursuit of innovation, reflecting the National Museum’s commitment to embracing digitalisation in the face of an ever-changing world and industry to stay relevant and dynamically attentive to industry trends and visitor preferences, offering fresh perspectives of history and culture through engaging with digital innovation.