GEORGE TOWN, MALAYSIA – Last weekend, a brand new show opened the 9th edition of the annual George Town Festival (GTF) in Penang, Malaysia. Titled Kelantan: A Living Heritage, the performance acted as a platform to showcase the many cultures and art forms that made up Malaysia, so named as the word ‘Kelantan’ refers to the ‘Cradle of Malay Culture’. 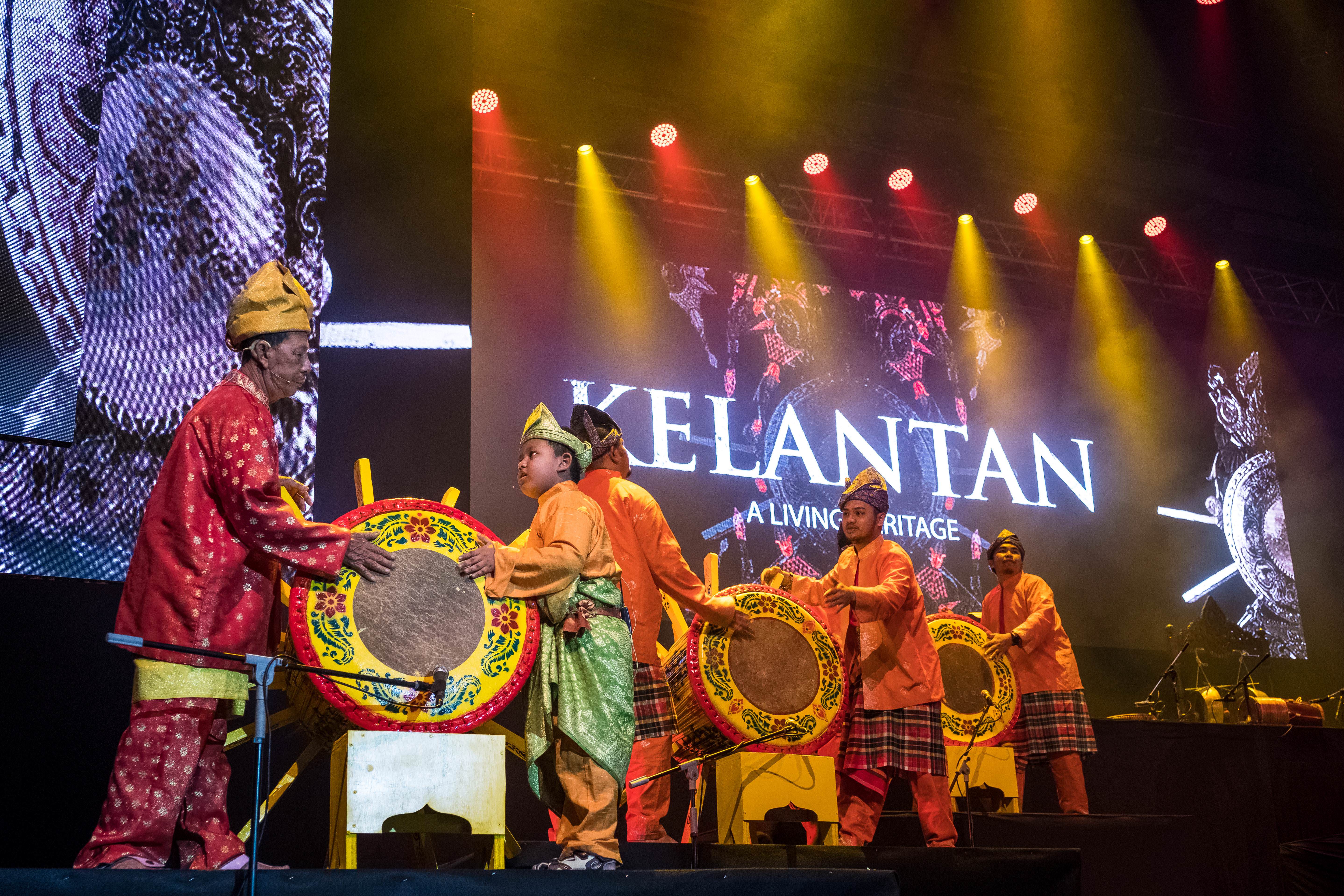 The performance began on a youthful note, with the youth ambassadors of GTF 2018 emceeing and starting off the show. Festival director Joe Sidek then took to the stand and delivered an opening address, speaking of how this was the 9th year to enjoy the festival, Penang food and everything around us, thanking the Penang state for the amazing support they’ve given the festival over the years. Deputy Chief Minister of Penang Ramasamy Palanisamy then spoke, citing how much of a pleasure it was to be here today to celebrate the arts in so many forms, with such a strong focus this year on showcasing the vibrancy of Penang culture and Malaysia. GTF 2018 is all about national pride, and he looked forward to experiencing the festivities throughout the month, and certainly has become one of the most important events in Penang. 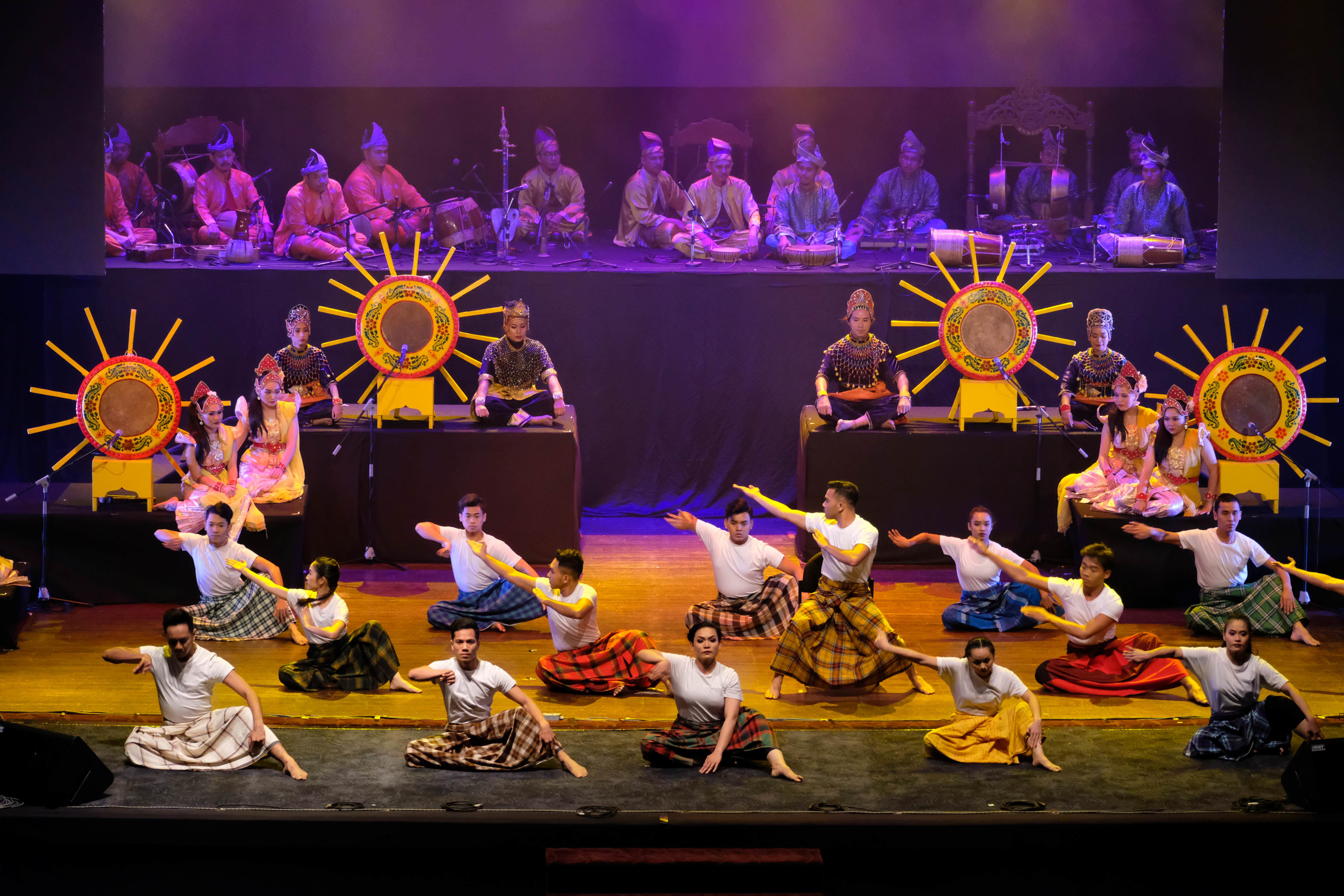 Co-directed by Joe Sidek and experimental music specialist Kamal Sabran, Kelantan begins by introducing audiences to its central story of a father teaching his son about the many Kelantan art forms such as the traditional drum act rebana ubi, royal court dance Asyik, Northern dance-drama mak yong, traditional dance tari inai and shadow puppetry wayang kulit. Each of these were brought to life by performers as the father explained, in particular, with the wayang kulit performed by child prodigy Kamarul Baihaqi, as it told of a heroic story where good would triumph over evil spirits. There is something comforting and awe-inspiring about seeing these age old art forms brought to life on the big stage and celebrated, and it becomes crystal clear that they remain art forms that need to stay a key part of Malaysia’s heritage and future 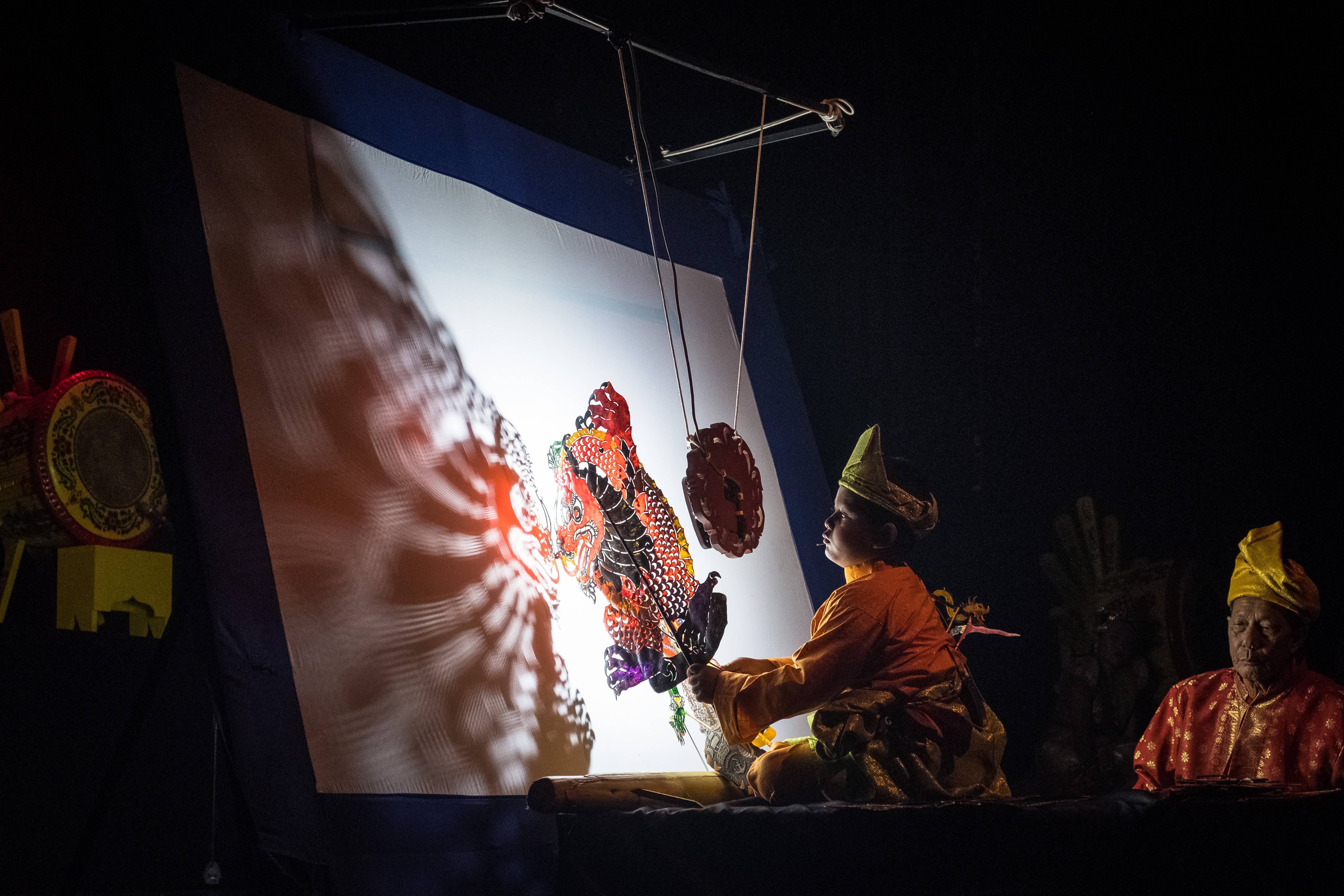 New York-based dancer/choreographer Raziman Sarbini then came onstage, with a set of energetic dancers from the ASK Dance Company all in sync with each other, showing the hard work and time that has gone into rehearsals to ensure each performer is in tip-top condition and knows exactly what’s going to happen. In dance after all, it is always beautiful to see strong movements done well. It was clear to see how much concentration had gone into each performer in this high octane, high energy performance. Interestingly, there was almost a political slant to the dance as well, where whoever sat atop the “throne” would be leading the entire “army” of dancers. This combination of traditional meets modernity then suggests a possible direction some of the previous art forms might be able to take in future to ensure their continued survival, as they grow and develop from their ancient forms to take on new life to be incorporated into contemporary performance art, while still holding on to their cultural roots, mired in a practice of hard work and dedication to the craft. 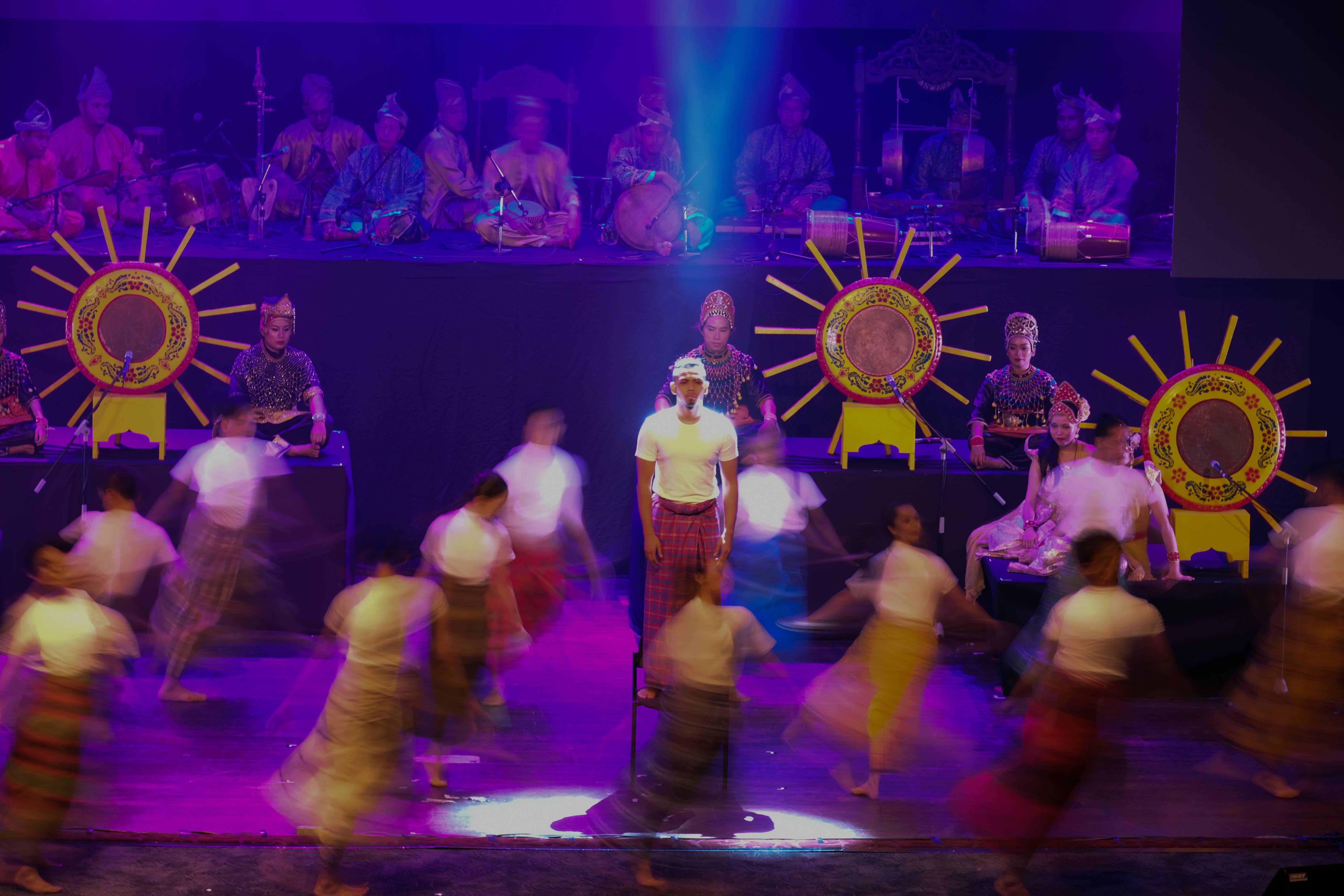 In the finale of Kelantan, the performers once again gather together onstage and let loose what sounded like a war cry, creating that vibrancy organisers were looking for in the festival. Performers in the front donned red and gold, the traditional colours of the Kelantan state, and Kelantan becomes a clear tribute to the state and Malaysian heritage, all of which were encompassed in this opening performance. By the end, the entire audience was clapping and evidently enjoying this moment together with one body and one spirit. A great opening for the 9th Georgetown Festival, Kelantan is a powerful, moving opening show that not only celebrates Malaysian heritage, but also the persistence of the human spirit itself. 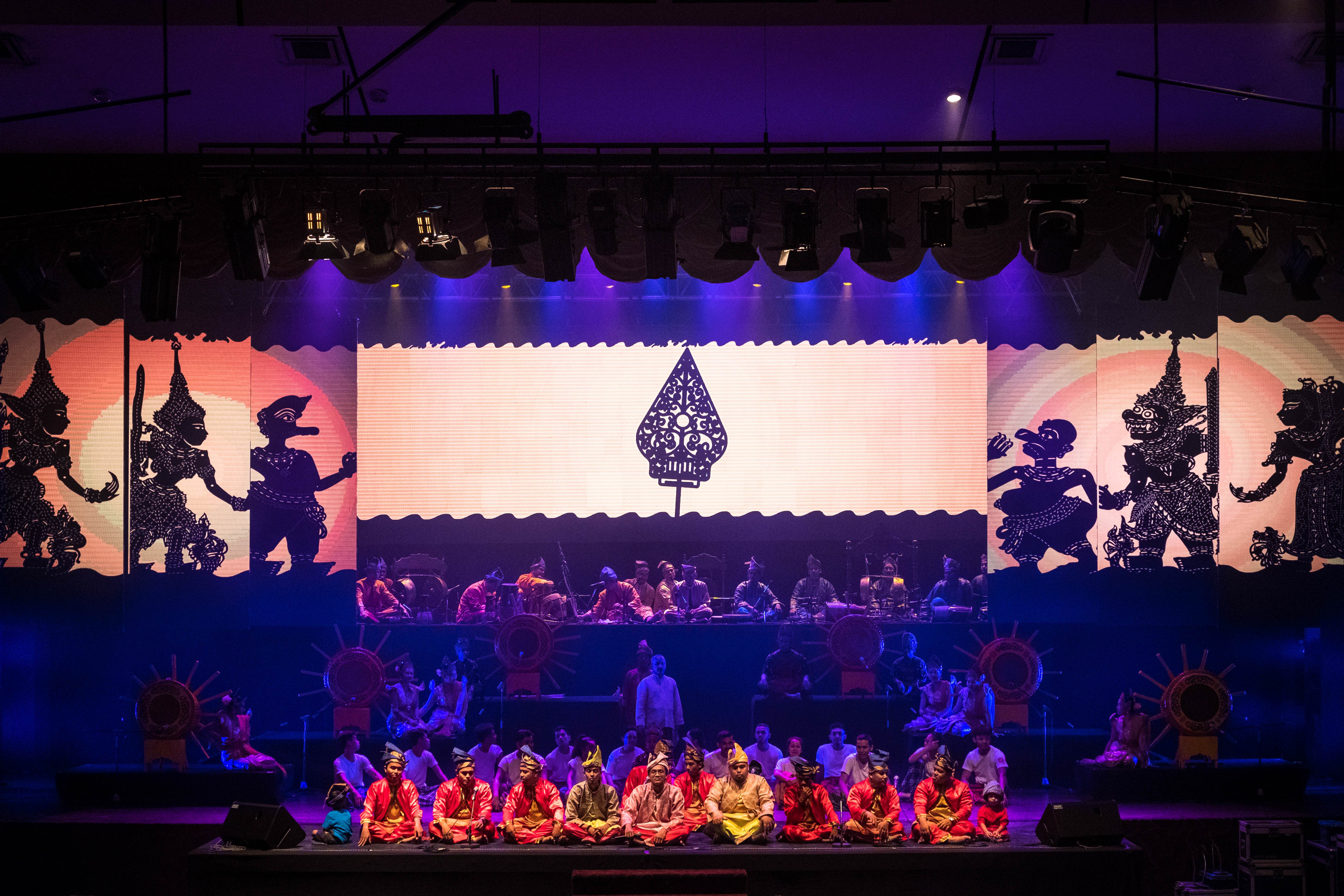