The National Gallery Singapore commemorates seminal Chinese artist Wu Guanzhong’s centennial year with a special exhibition celebrating his use of art and literature. Co-curated by Dr Cai Heng and Jennifer K. Y. Lam., the exhibition will comprise a selection of key works from the Gallery’s collection and major private collections, revealing recurring themes and symbolism that run through his work, including depictions of his hometown and landscapes of Jiangnan (south of Yangtze River), the bridging of figuration with abstraction and traditional ink aesthetics with oil. 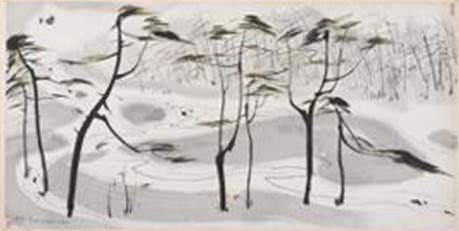 Almost 50 of Wu’s works will be on display, divided across seven sections as it charts the five decades of Wu’s career, displayed alongside quotes extracted from his literature to be placed in dialogue with his paintings. Considered one of the most significant Chinese artists of the 20th century, Wu was renowned for his distinctive style of integrating Western and Chinese art traditions, likely due to his influences from his studies at the Hangzhou National Academy of Art in China and the École Nationale Supérieure des Beaux-Arts in Paris, displaying a flair and belief in both indigenising oil painting and modernising ink painting. 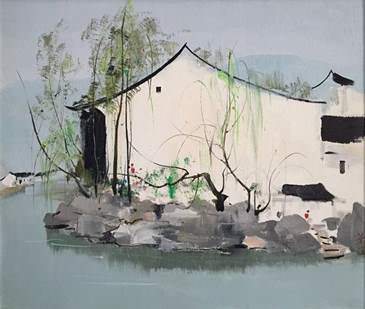 Wu’s works were praised and known for capturing the vitality and tranquility of life, choosing to paint plein-air paintings of the river towns of Jiangnan where he grew up, the countryside where he was sent to labour during the Cultural Revolution, as well as Beijing and its suburban environment. For Wu, innovation was also always valued over tradition, experimenting with the form and style of his paintings, transitioning seamlessly from figurative to abstract, while staying rooted in Chinese artistic sensibilities and carving out his own space for expression in spite of the restrictive Chinese state-sanctioned art system at that time. 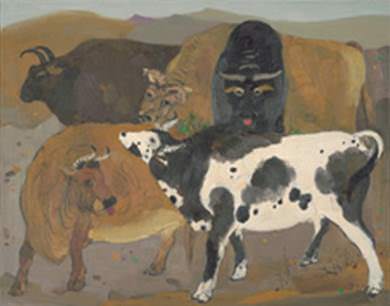 Says Dr Cai Heng, co-curator of the exhibition: “There is a strong connection between Wu’s art and literature. As he pursued art creation grounded by his life experience and artistic belief, he expressed them not only through his paintings, but also in his writings. This allowed us to gain insights into Wu’s paintings and writings and a deeper, more intimate understanding of his art and life.”

Wu Guanzhong: Expressions of Pen & Palette then promises to be a continuation of National Gallery Singapore’s effort to highlight visionary artists of the 20th century and their contribution to the development of the region’s modern art, encouraging fresh perspectives and to serve as an inspiration to younger generations of artists to break new ground.

Wu Guanzhong: Expressions of Pen & Palette opens from 31 August 2018 to 29 September 2019, at the Wu Guanzhong Gallery of National Gallery Singapore. For tickets and more information visit their site here