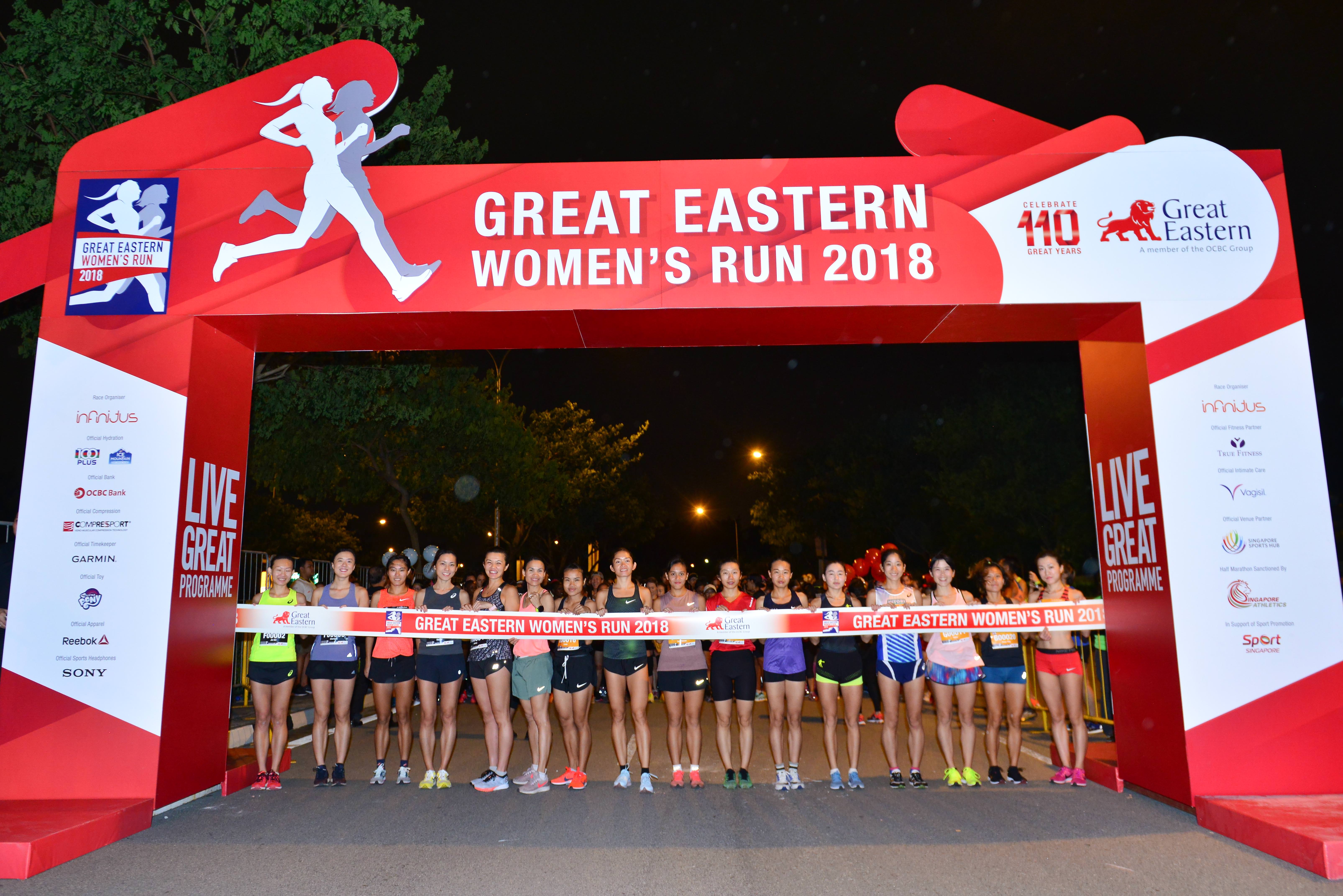 Despite the early morning showers, last Sunday saw an amazing turnout for the 2018 Great Eastern Women’s Run, welcoming over 14,500 women of all ages as they braved the weather at the iconic Singapore Sports Hub, celebrating a shared commitment to leading an active lifestyle. 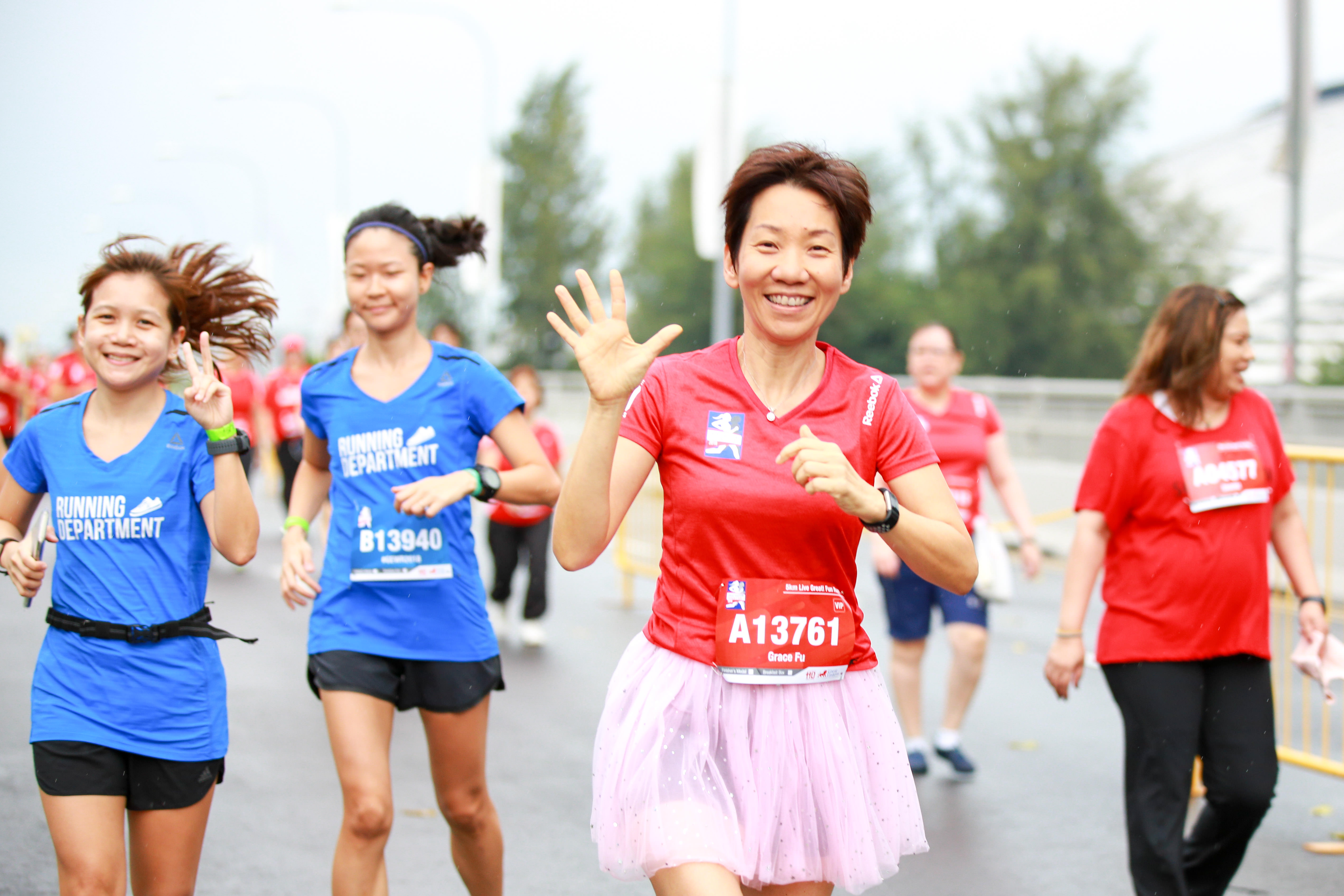 Marking its 13th year, the Run continued to unify women in health and fitness, as runners enjoyed a picturesque view through a new route that brought them through some of the most iconic landmarks in Singapore, finishing off at the National Stadium. At the start point of Nicoll Highway, the runners were joined by Guest-of-Honour Ms Grace Fu, Minister for Culture, Community and Youth, as well as Mr Lim Biow Chuan, Member of Parliament (Mountbatten) and Deputy Speaker of Parliament, as well as Great Eastern top management helmed by Group Chief Executive Officer Mr Khor Hock Seng. 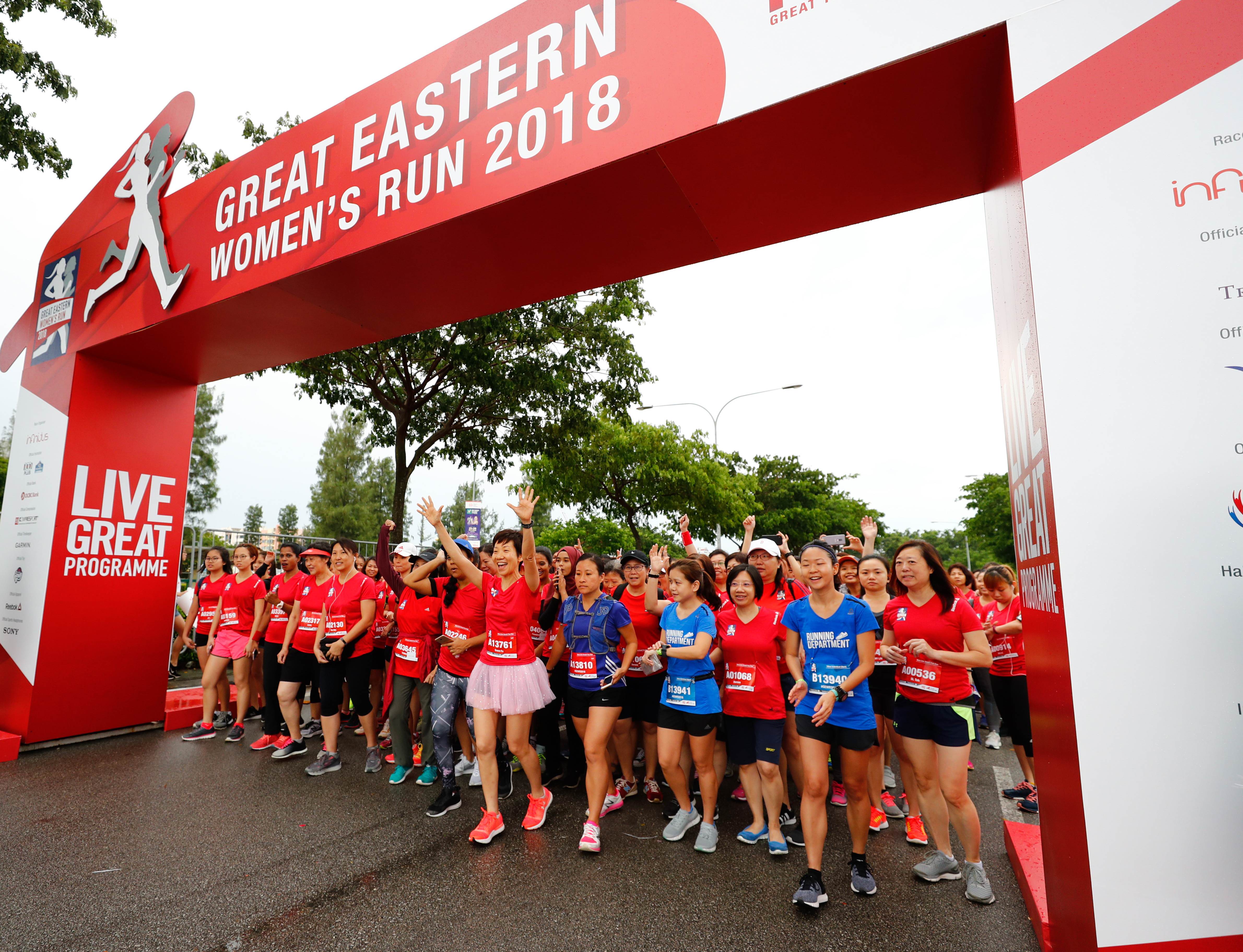 Some celebrity runners were also spotted in the throng of thousands, including, at the half marathon, previous Singapore top winners such as Mok Ying Rong, Rachel See and Anne Qihui. There were even a number of international elites who joined, including Asian Games 2018 representatives such as Zhang Meixia of China and Linda Janthachit of Thailand. Japanese runner Kasumi Yoshida and Mongolian runner Namjilsuren Semjid were seen in close competition during the race, with Kasumi showcasing a final burst of energy in the last leg, pulling away to emerge with her first place, winning time of 01:19:01, over one minute faster than the 2017 Elite Open Category winning time, held by last year’s winner Jin Ming Ming. 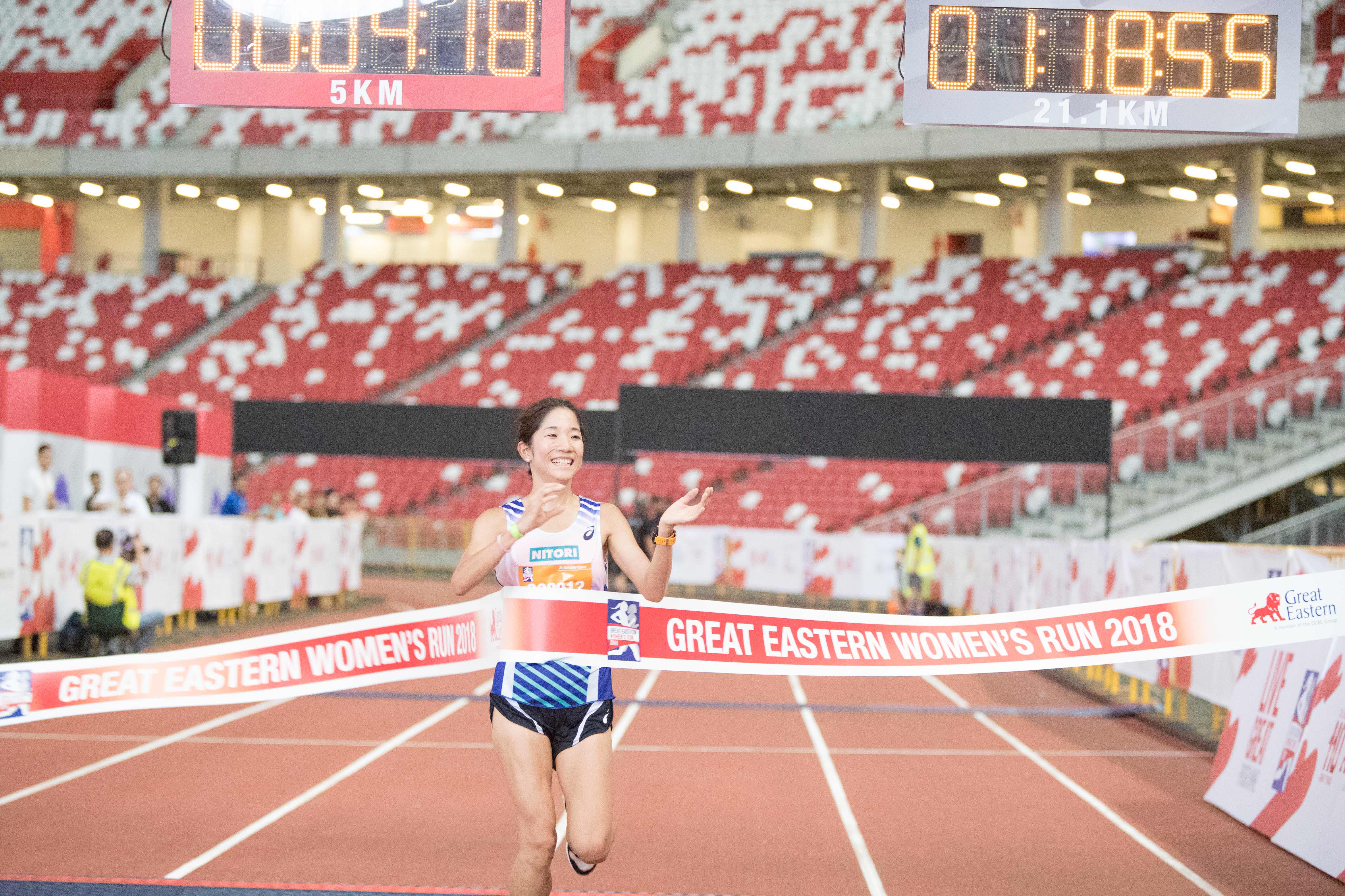 Says Kasumi, 19: “With the rain I thought it might be challenging, but as I ran, it was comfortably cool. The weather is different from Japan, being more humid, so I didn’t know what to expect. In the first half I was able to run aggressively, but the later half was difficult. I’m delighted to have come in first.” 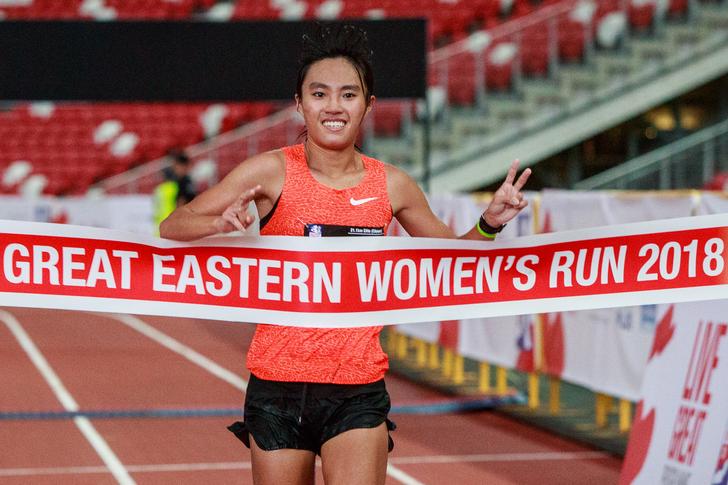 25-year-old Mok Ying Rong retained her reigning title in the Elite Closed Category, improving over her previous winning time by slightly over 3 minutes to 01:27:21. Says Mok: “Today’s run was very challenging, I felt that my competitors were really on form, especially the international runners. This race was a really good one for me, it was an opportunity for me to break through my limits and actually push through for a new personal best for this season. The route is very refreshing because I’ve been doing the Great Eastern Women’s Run half marathon for quite a while, and with this new route, I was inspired to run even better.” 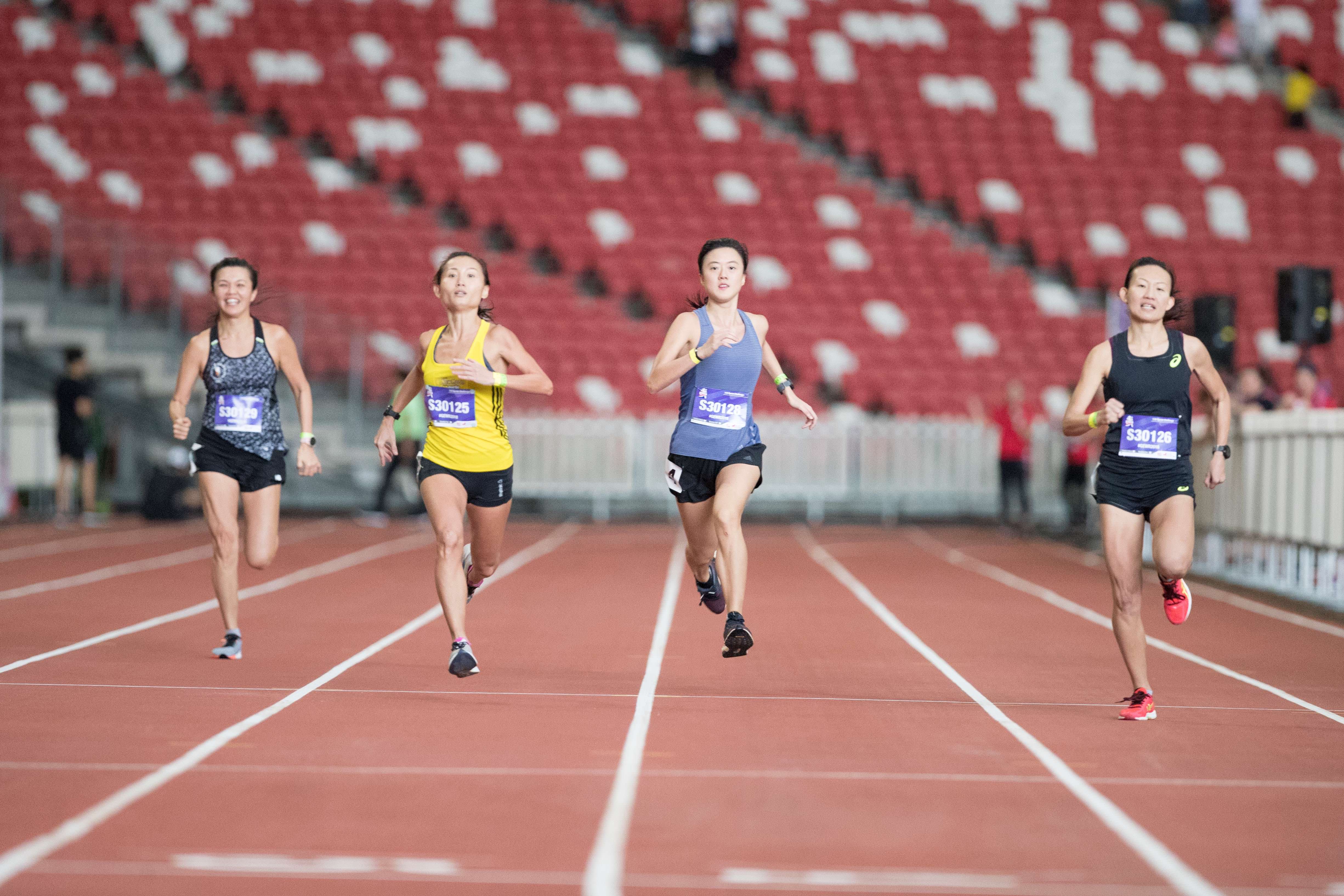 In addition, marking Great Eastern’s 110th anniversary, the ‘110-Metre Sprint’ was also specially introduced, attracting interest from schools as it catered to runners who preferred short distances. This also marked the first time a mass running event in Singapore organised a sprint category for those age 13 and above. Within this group, the 110 Metre Elite Under 17 category runner Bernice Liew, 15, from Nanyang Girls High clinched the sprint title with a time of 13:84. Says Bernice:“I haven’t competed for several months and this is the first competition after a long break. Exams have just ended, and and I was able to step up my training. It was a good competition!” 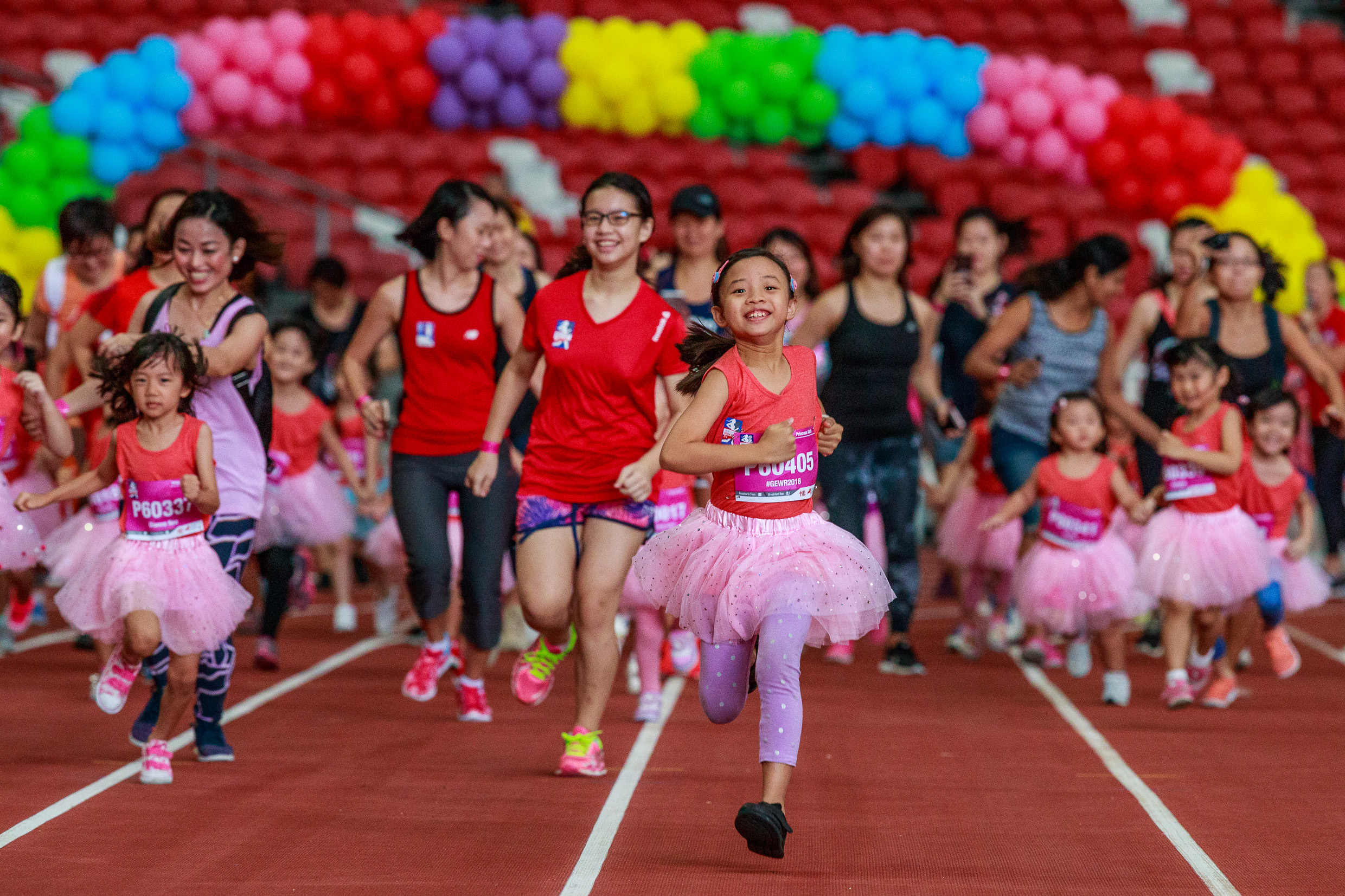 This year saw enhancements at the race village too, with some all new experiences introduced for runners. Participants were treated to post-race massages, a powder room to freshen up in and unique photo booths to take photos at, while the kids could have fun playing with bouncy castles, sculpted balloons, face painting and a specially created My Little Pony Garden, where they were able to get up close and personal with the magical ponies of the popular animated series. 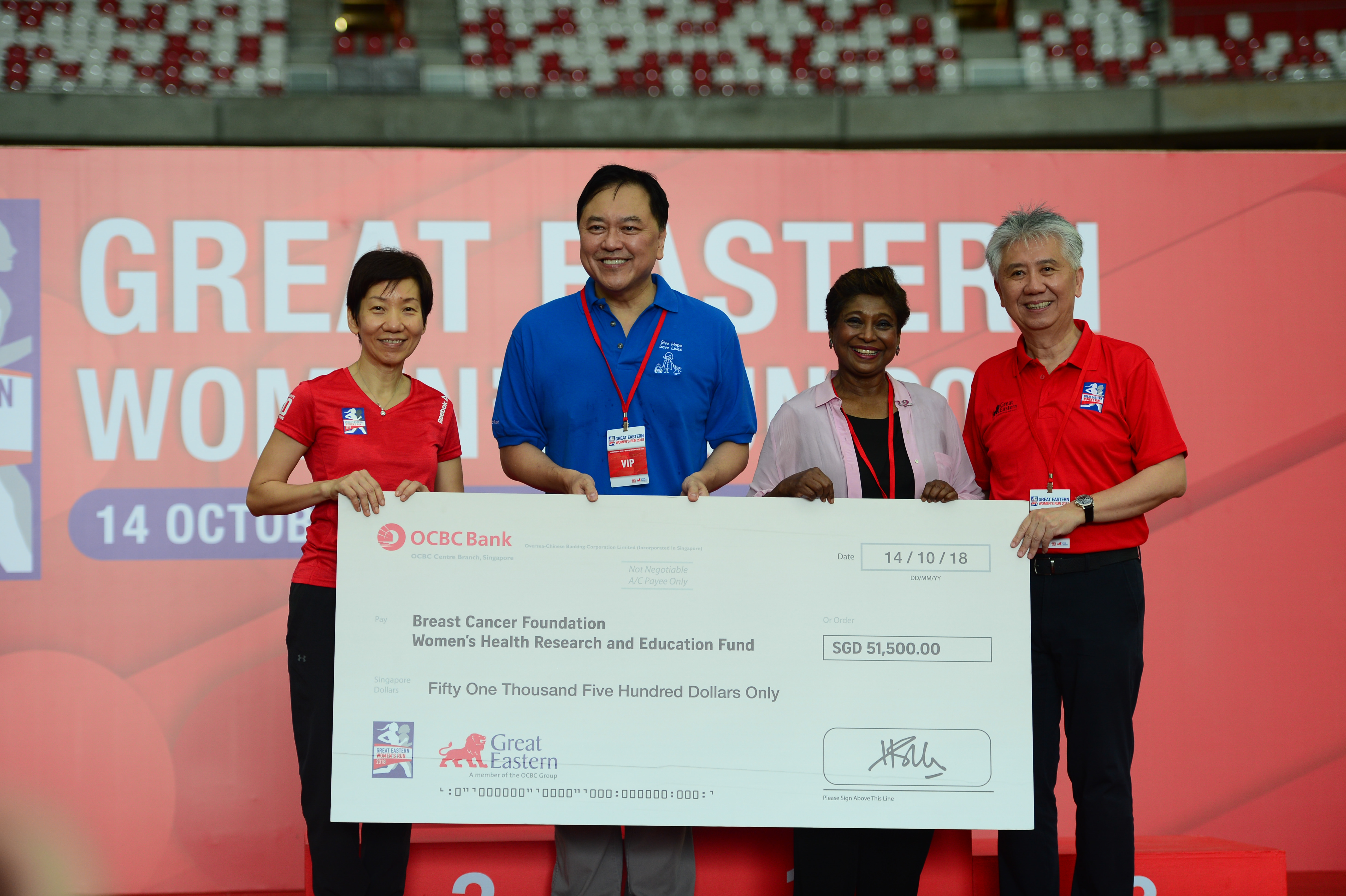 The Run has raised $51,500 in support of two women-related causes — Breast Cancer Foundation and Women’s Health Research and Education Fund. Participants chipped in by customising their race bibs and t-shirts, as well as bought colourful tutus in support of the causes – a worthy charitable cause and success. 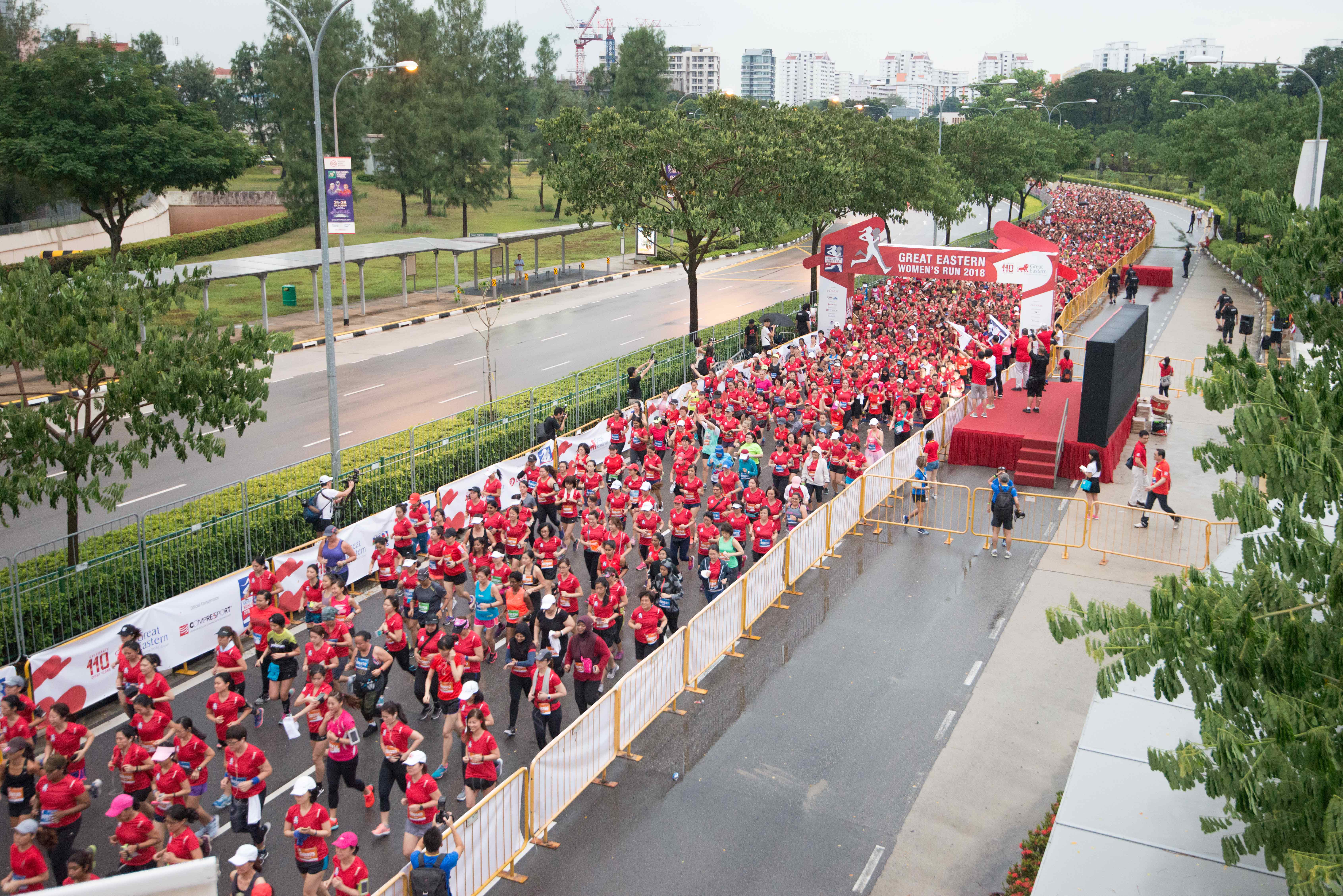 Says Mr Keith Chia, Great Eastern’s Head of Group Brand and Marketing: “We are delighted with the great turnout at our Great Eastern Women’s Run, a signature event under our LIVE GREAT programme. Our brand purpose as a LIFE company is to help empower the community to live healthier and better and this starts with our employees. Together with the 14,500 participants this year, 900 of our staff and financial representatives participated, a record number. Each year, The Run has grown from strength to strength and we are pleased that so many women have embraced the importance of a healthy lifestyle. They are excellent ambassadors of our LIVE GREAT motto, championing healthier living to their family and friends.” 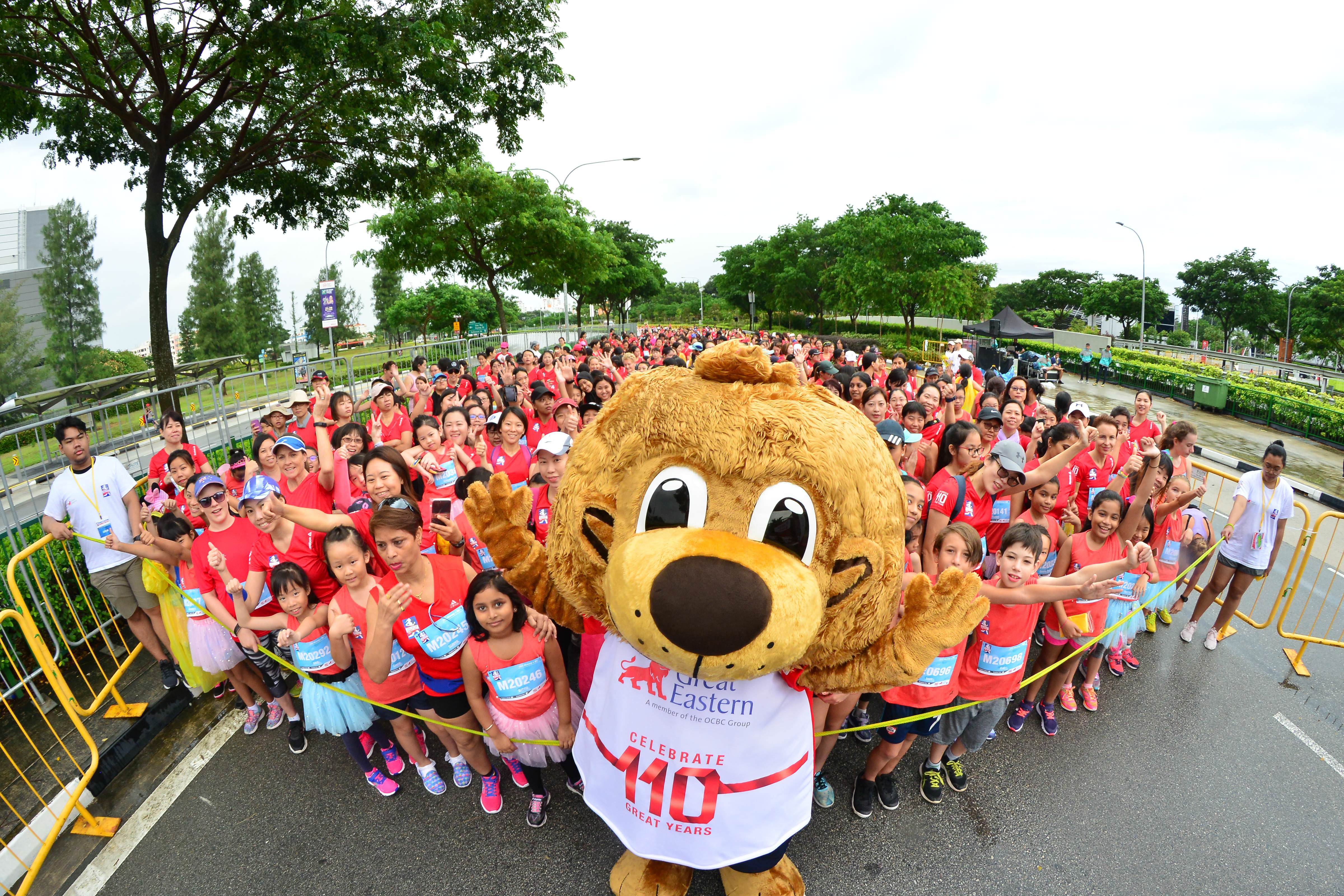