After the premiere of new play 13.13.13, Theatreworks concludes their 2018 season of theatre with French playwright Joël Pommerat’s The Reunification of the Two Koreas. Directed by Centre Dramatique National de Tours (CDNT) artistic director Jacques Vincey, this English translation by Marc Goldberg is set to make its Singaporean premiere this November at 72-13, the home of Theatreworks.

“When I first watched this show in France,” says director Jacques. “I was struck by how powerful it was. There’s a total of 20 different scenes, and a lot of influences from films like Eyes Wide Shut or an Ingmar Bergman film he took inspiration from. The play shifts between both reality and hyper-reality, like how in some scenes you see ‘dead’ characters. Yet when you think about it, these are all ‘hidden realities’ we still have to deal with, and Pommerat’s script puts them front and centre onstage.”

On how different his version will be from the original, Jacques says: “In my version, I focused a lot on finding out why these people were all together telling each other their stories, and how they were dealing with issues of love, and how humanity deals with this struggle for love. Unlike how the piece was partially devised by the cast back in France, this time, we’re bringing the words from paper to life. Pommerat’s writing pushes me to be sharper and find my way through his script, to be dynamic without being heavy.” 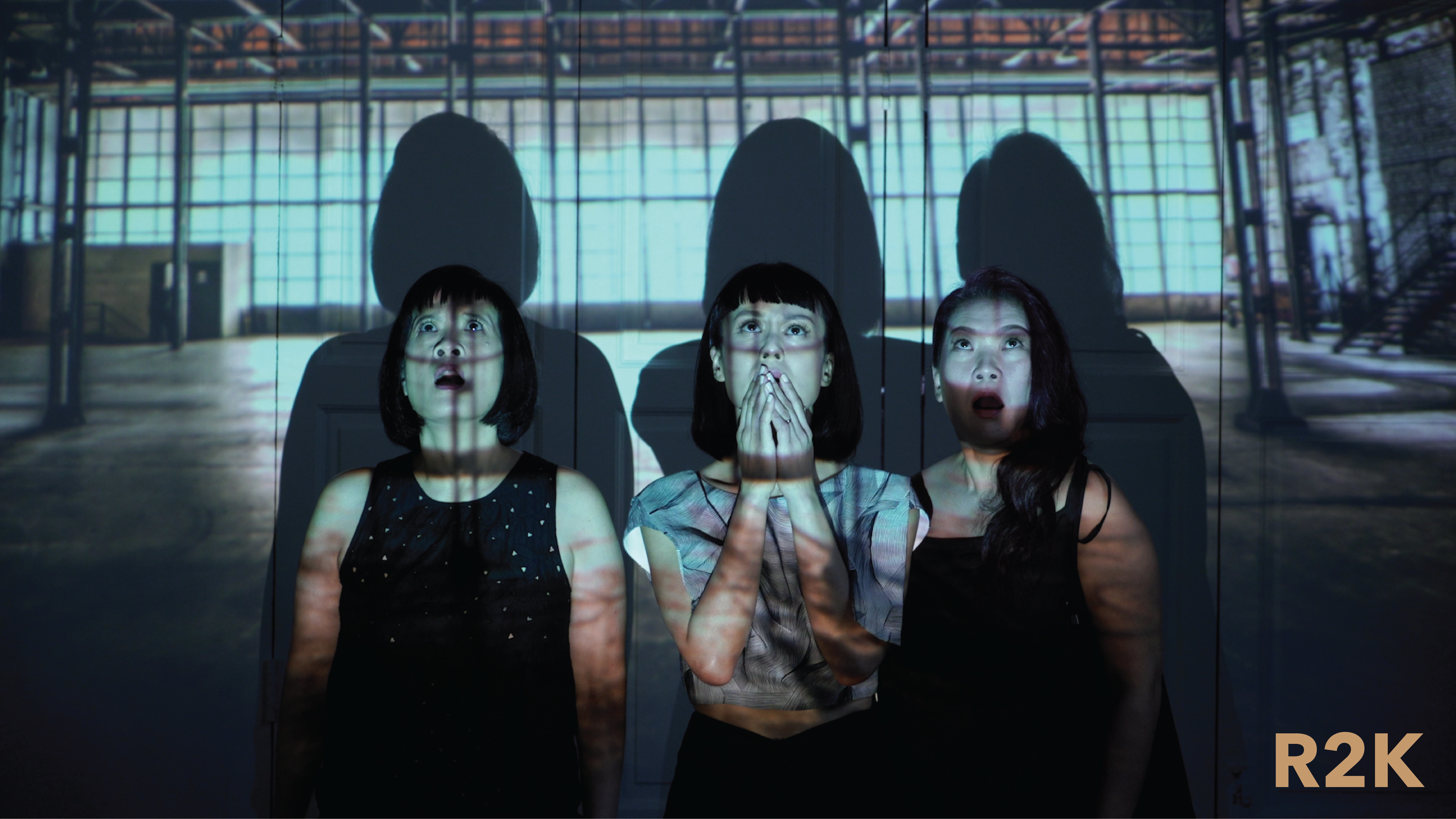 Cast members Timothy Nga and Cynthia Lee MacQuarrie make up two of the nine stellar actors who will be starring in the play. On how they came to join the project, Tim says: “While I’ve worked with Theatreworks before on Jerome Bell’s GALA, I always saw them as working with a very specific group of actors, and I wasn’t one of those people. But when I did my director’s lab residency at the Substation, I met Tay Tong and talking to him, I got on the company’s radar. I saw a post on Facebook about a dramatised reading that would be done on the play and I went ahead and gave it a try because it just so happened I was free for the 2 weeks I was required.”

Says Cynthia, who will be making her first appearance onstage since her previous role in the 2015 restaging of Michael Chiang’s Beauty World: “I have never worked with Theatreworks before, but I always wanted to. When I saw the open call for the reading, I auditioned and was thrilled to be a part of it. I never realised it would reach this stage, and I’m glad I took the chance when I did. I always think that if you want something, then when the opportunity presents itself, just grab it!” 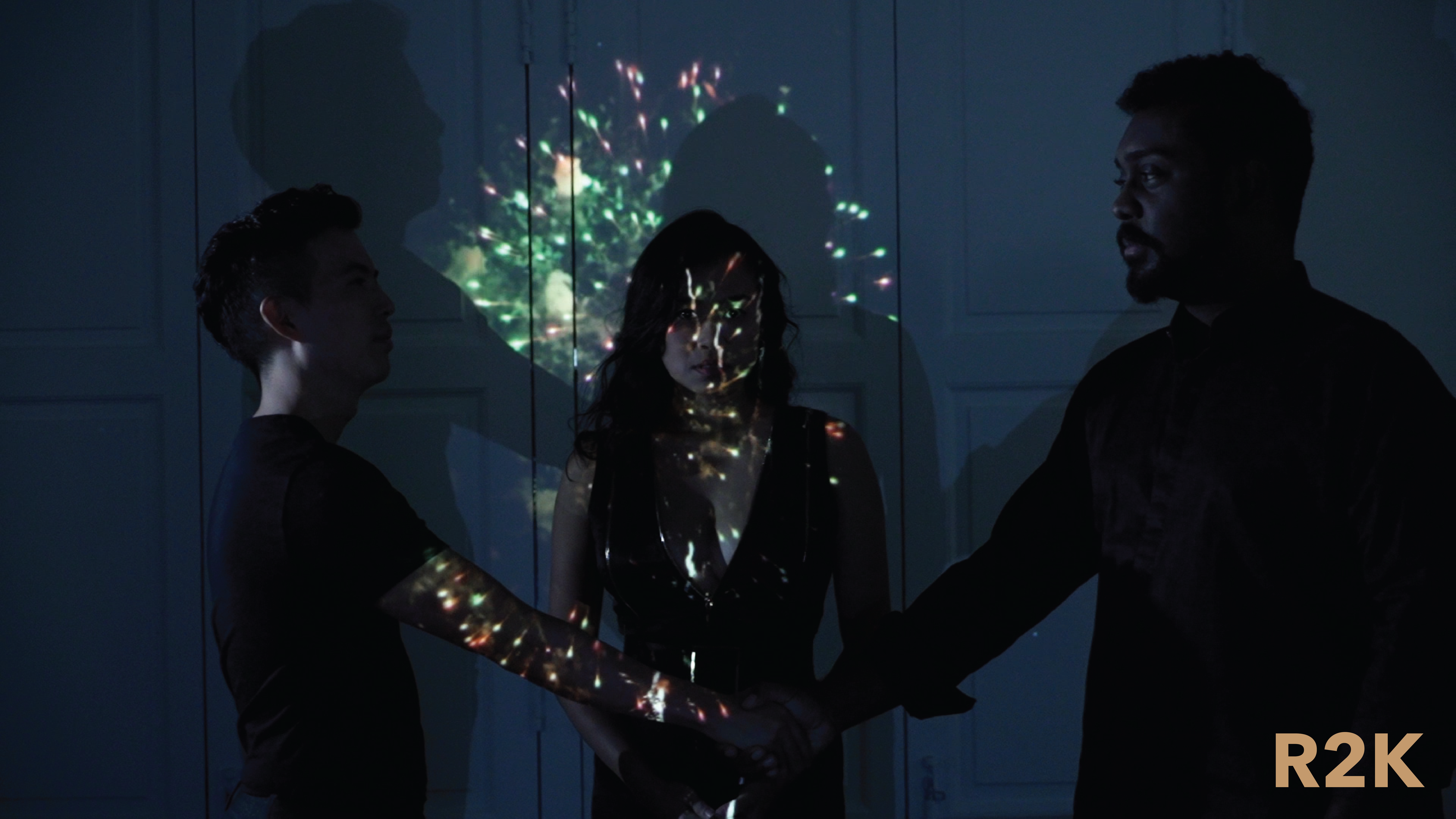 Timothy and Cynthia each appear in about five scenes, sharing a single scene with each other. In that scene, set in a living room, they play a man and a woman, who are a husband and a wife, but not to each other, waiting for something to happen. Says Tim: “I see this play as a series of attempts to figure out the unsolvable problem of the word ‘love’ and what it means to us. In the very first scene, there’s a woman being questioned why she wants a divorce; lover for her has become more lacklustre over the years, and it sets the tone for the rest of the play. It’s painful to watch because in real life, you never see the fights or screaming matches in private, and everything is hidden under Instagram photos of couples on holiday.”

Cynthia adds: “At the same time it’s not just pure fighting – even in the heavy moments, you end up recognising these arguments. Sometimes, it’s so ridiculous, it might have happened to you before and you can’t help but laugh.”

For a play so focused on relationships, building chemistry between cast members is key to making it work. On how they achieved that, Tim explains: “Everyone has their own method of building chemistry, but it’s when the methods collide that things get interesting. That negotiation, I think, is precisely where the chemistry begins to build, this act of living together and learning to live with each other, well, you could practically build a whole other play revolving around the behind-the-scenes aspects of the play!”

Says Cynthia: “I personally know everyone here actually, except for Umi (Kalthum Ismail). But Umi and I got together like a house on fire, and it’s weird because we actually share the same birthday! Outside of rehearsals, all of us really get along, and I feel really connected to everyone onstage and off. I think everyone’s been in the industry long enough to figure out how to work things out together.”

Except for the lighting designer, The Reunification of the Two Koreas will feature an all Singaporean creative team backing the play, with industry veterans such as Brian Gothong Tan on multimedia and Bani Haykal on sound design, while the massive set will be handled by architect Dennis Cheok of UPSTAIRS_, and Afton Chan of fashion label Reckless Ericka on costumes. Says Jacques: “I was introduced to so many actors and designers here, and that process adds something different from what I know. We needed time to mix up our imaginations and to get to know how they worked. It’s often a difficult but rich relationship, and it’s a process that keeps growing as we continue rehearsals, and all of this comes together to showcase something quintessentially Asian and Singaporean, while still being a very global play.” 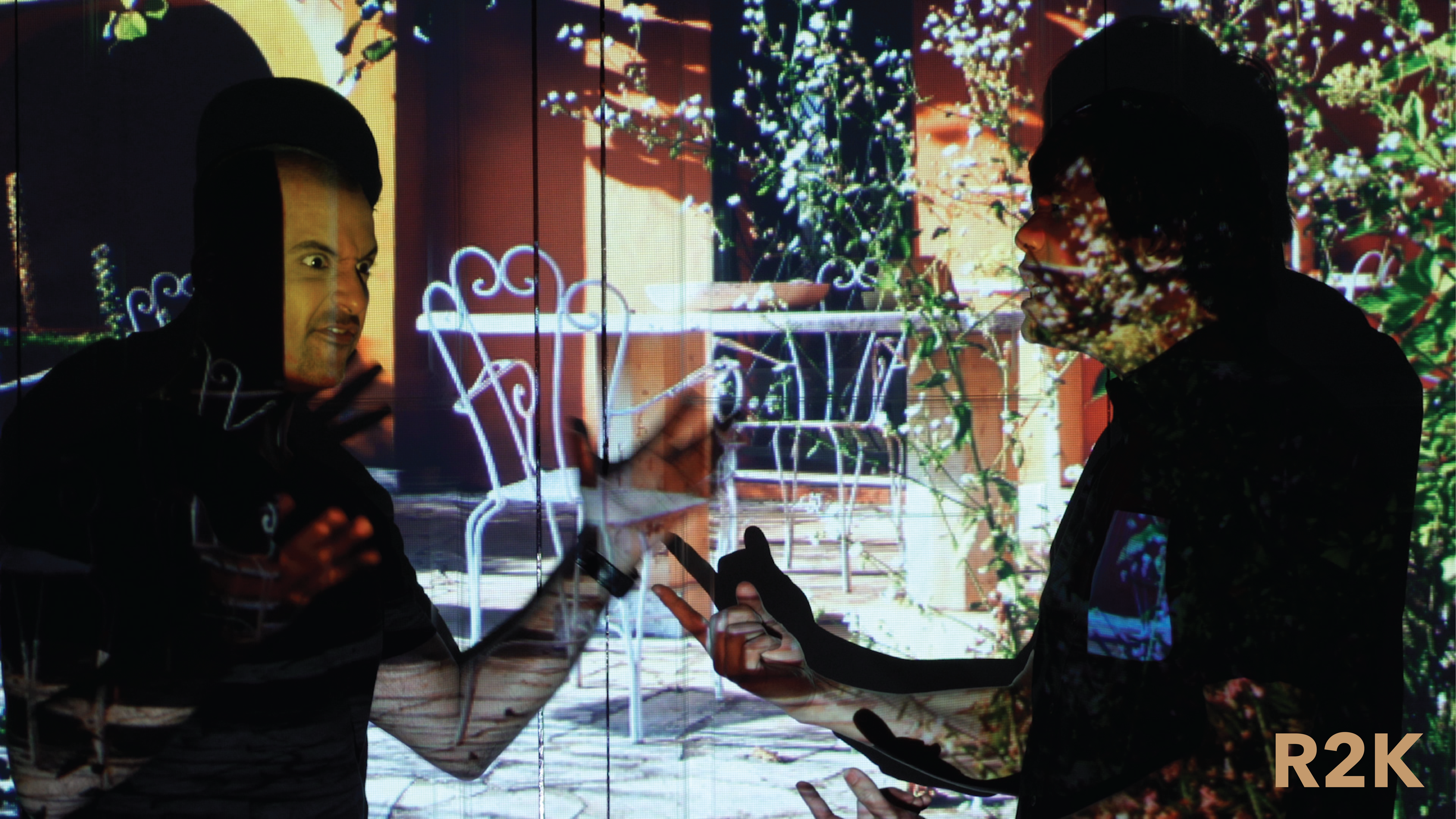 On the process of working together with Jacques, Tim says: “I really enjoy the moving parts happening behind the scenes, and all of us are new to working with Jacques. I love not knowing what to expect when I step into a rehearsal, and how each time we go in something completely different can happen. Jacques adopts a very exploratory and interrogative style, and it’s a lot like being in a forest where we swipe one way and the next thing you know, Jacques is swiping in a different direction. And the next day, you swipe in yet another way! But ultimately, he’s someone who does lead us out of the forest, and leaves us a lot of space to explore.” 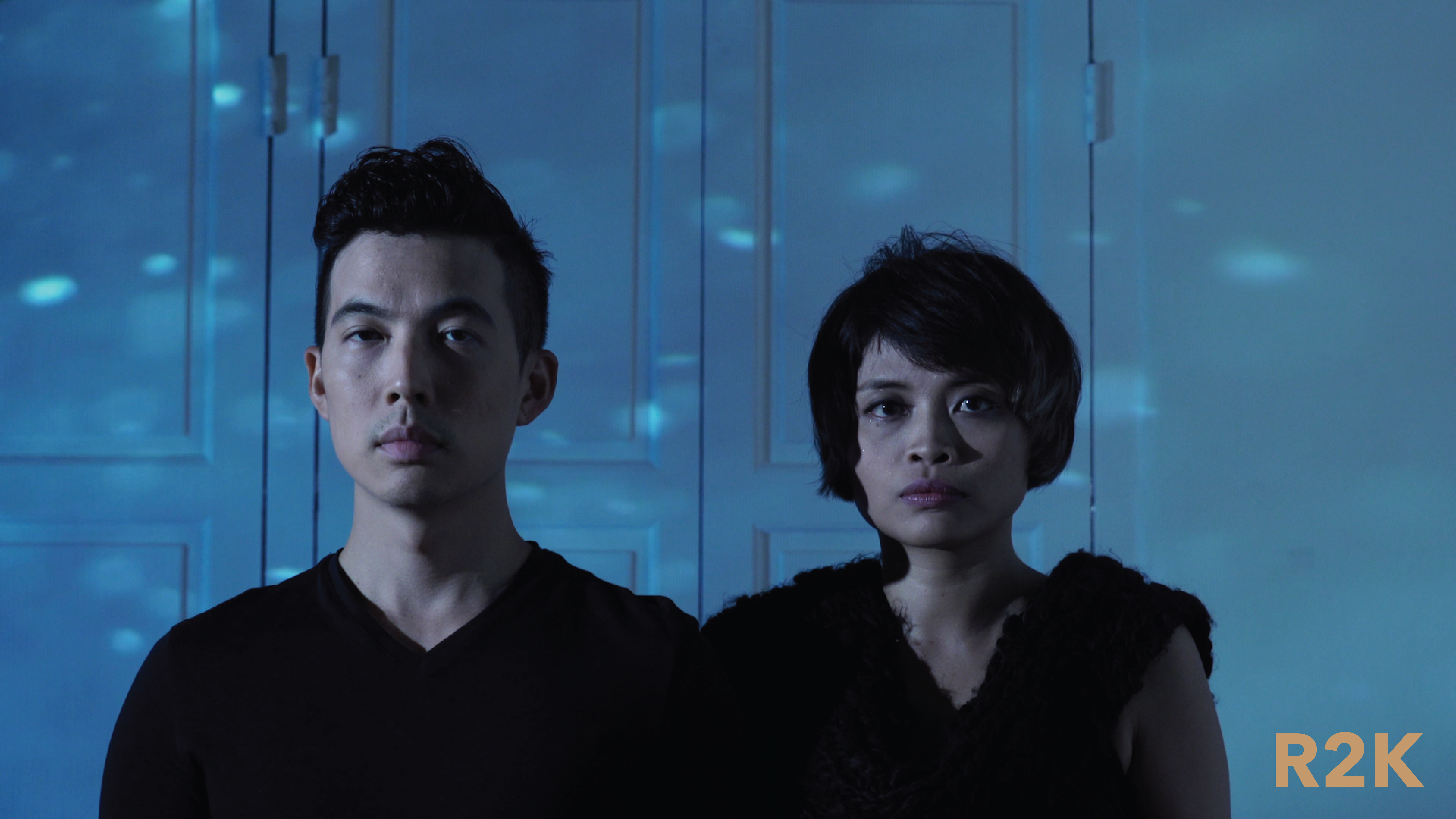 On how well the play will be localised, the actors explain while there was no conscious effort to make it ‘Singaporean’, there’s something so powerfully universal about the play that ensures it will remain relatable. Says Cynthia: “In life, all of us end up facing similar people and relationships, and it fundamentally all boils down to the same issues regardless of where you live. We’ve all had relationships, and I think audience members will leave this play and reflect on who they are as a person, thinking about how they communicate and relate to other people in their lives. The writing is that powerful and I believe what we’ve been working on so far is and will do that.”

Tim vouches for her, and concludes: “I’ve been in close to 100 productions, and I think this is the one play I would ask even my friends from my motorcycle group to come and watch, The litmus test for me is being confident of whether people who are not usually theatregoers would enjoy this show and I think there really is something for everyone. There is entertainment, there is absurdity, and it’s a play that will make you laugh and cry, and you’ll see yourself somewhere within this play, whether it’s someone you were in the past, the present or possibly in the future.”

The Reunification of The Two Koreas plays at 72-13 from 1st to 11th November 2018. Tickets available from SISTIC

0 comments on “Because I Love You: An Interview with Jacques Vincey, Timothy Nga and Cynthia Lee MacQuarrie of Theatreworks’ The Reunification of The Two Koreas”